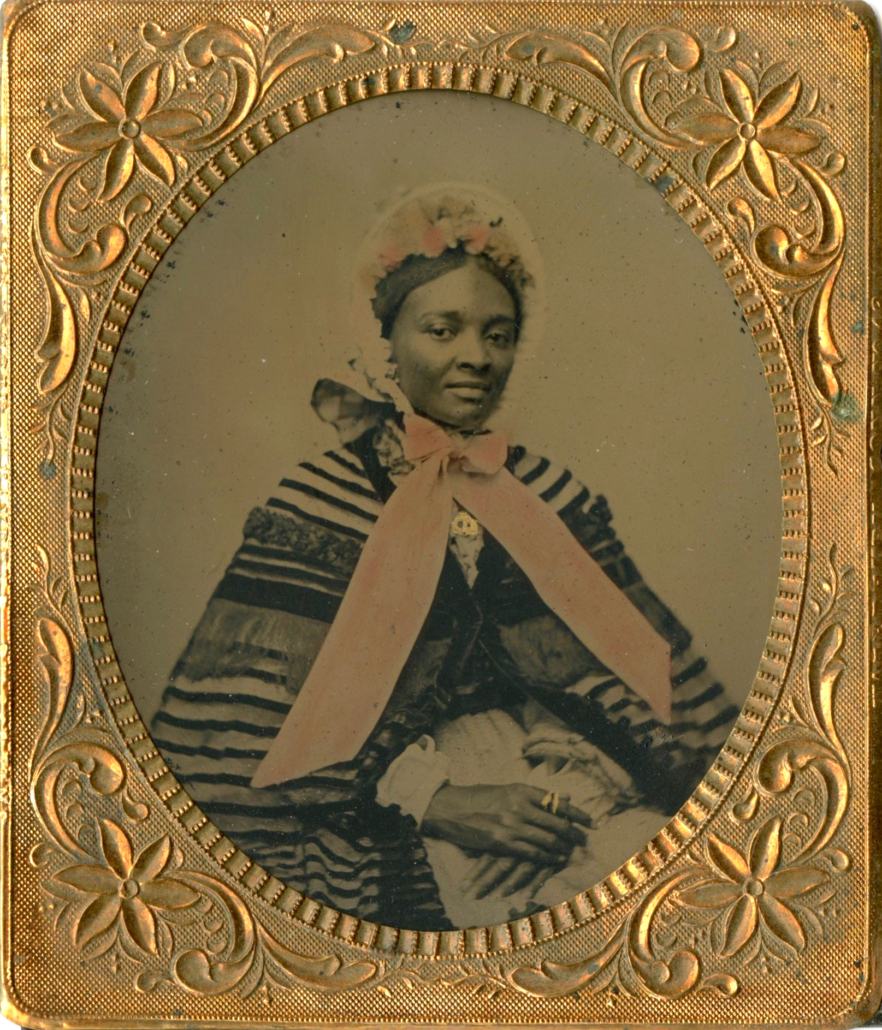 One highlight of the sale is an actual piece of the splint made by Dr. Samuel Mudd for John Wilkes Booth on the morning of April 15, 1865, hours after Booth assassinated President Abraham Lincoln. The murderer arrived at Dr. Mudd’s house seeking aid for his ankle, which he is believed to have broken after his jump onto the stage at Ford’s Theatre. 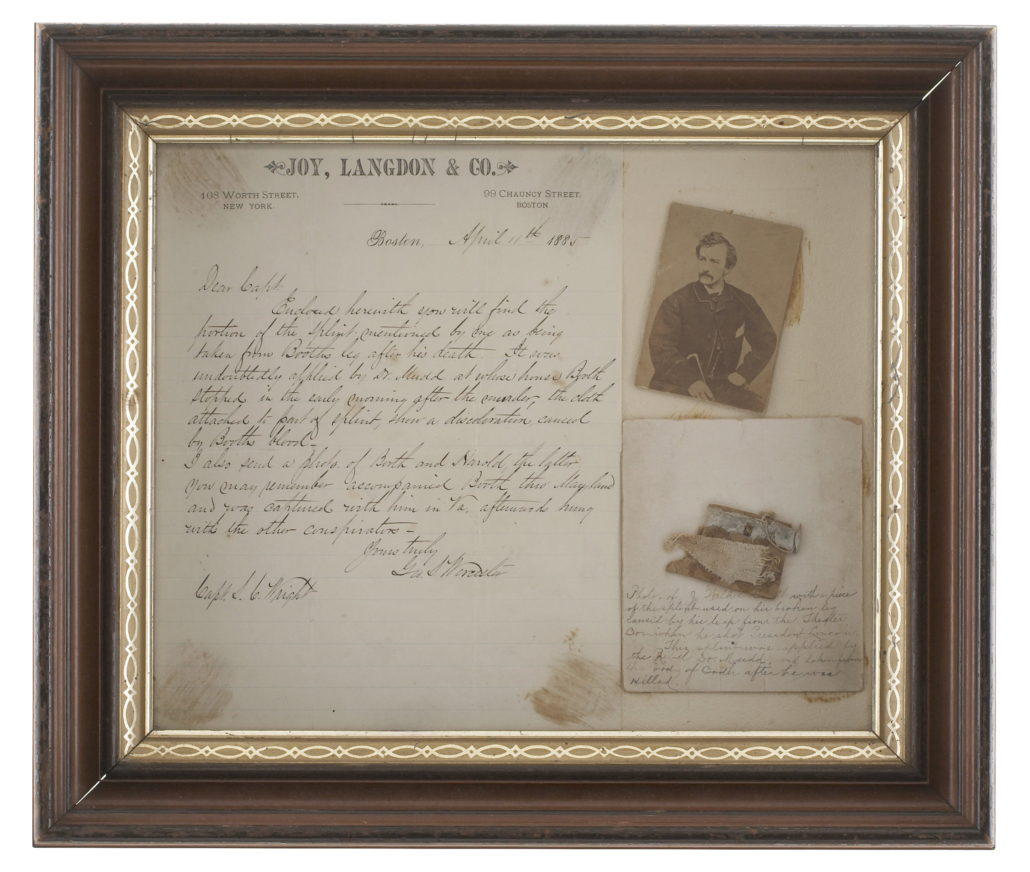 The historic fragment was long part of the celebrated Lattimer collection of Lincolnia, and was used as an exhibit during a 1992 trial where Mudd’s descendants sought to clear the doctor’s name. Supplementing the lot is a letter of provenance documenting a nearly unbroken chain of ownership back to the 19th century. 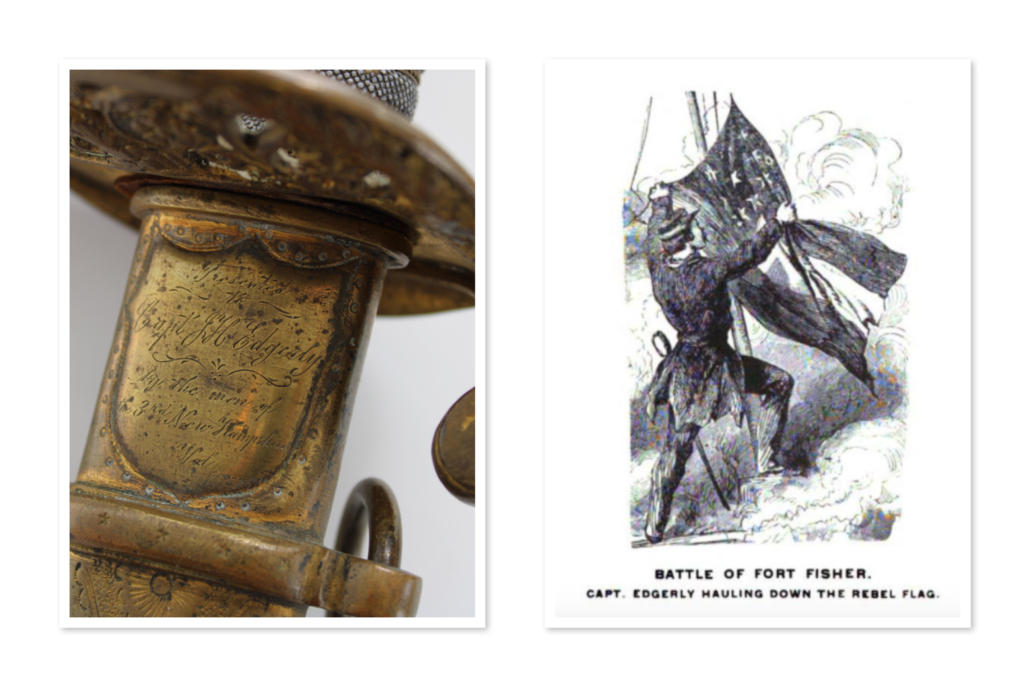 Other historical offerings in the catalog include a foot officer’s sword, presented to J. Homer Edgerly of the 3rd New Hampshire. Edgerly was twice-wounded during the Civil War and breveted Major for “gallant and meritorious conduct” at the Battle of Fort Fisher. It was there he heroically captured a Confederate flag flying over what was called “Mound battery.” The banner was said to be the largest Confederate flag captured during the war. This feat won Edgerly great acclaim- the sketch shown in the cover photo of this lot was included in the 3rd NH Infantry’s regimental history.

The premier June 19th catalog is replete with choice Civil War era images, some of the finest that will be made publicly available this year. One particularly nice shot is a circa-1863 sixth plate tintype of an African American woman. Her bonnet and bow have been delicately tinted pink–hand-colored by the photographer. Her gaze penetrates the camera’s lens through to the viewer. Rarely are African American subjects seen in such expensive finery during the Civil War period.