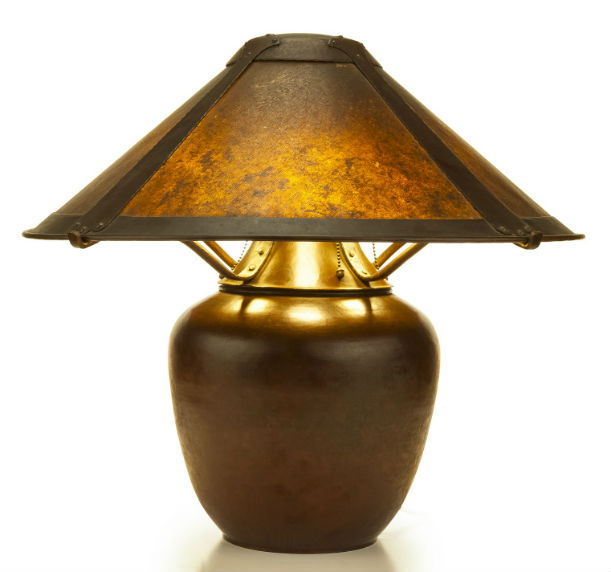 MONROVIA, Calif. – John Moran Auctioneers is presenting their newly minted Turn of the Century Design sale: a curated catalog devoted to Arts & Crafts furniture, art glass, lighting, and Art Nouveau silver and objects. The relatively compact 125-lot sale on June 19 will be followed by the larger Art of the American West auction, which features over 400 lots of Western-genre paintings, prints and sculpture alongside Native American weavings, basketry and jewelry. Absentee and Internet live bidding is available through LiveAuctioneers.

Consignments of Arts & Crafts furniture and complementary lighting by Tiffany Studios and Dirk van Erp have allowed Moran’s to curate their Turn of the Century Design auction with an eye toward the American design trends of the late 19th and early 20th century, which continue to influence modern design today.

Highlights from the first auction include an array of Arts & Crafts furniture consigned from the estate of important local collector Gary L. Booth. A signed model no. 911 dresser by maker Gustav Stickley is expected to earn between $7,000 and $9,000. Also by Gustav Stickley, a double costumer (model no. 53) presented in excellent condition has been assigned a $2,500-$3,500 estimate. The Booth collection has also proffered an iconic table lamp with mica shade by coppersmith Dirk van Erp; dated to circa 1910, the lamp (above) will head to the block with a $10,000-$20,000 estimate.

Additional Arts & Crafts consignments from local private collections include two ever-popular drop-arm Morris Chairs, each expected to bring between $4,000 and $6,000. The first, signed for Gustav Stickley, is model no. 346, while the second is signed for L & J.G. Stickley’s Handcraft company.

Moran’s Art of the American West auction is filled with a treasure trove of Western-genre paintings and sculpture dating from the early 20th century through to the contemporary. An arresting, highly detailed oil painting by Los Angeles artist Hernando Villa (1881-1952) of three Plains Indian figures performing a ceremony will head to the block with a $10,000-$15,000 estimate (below). 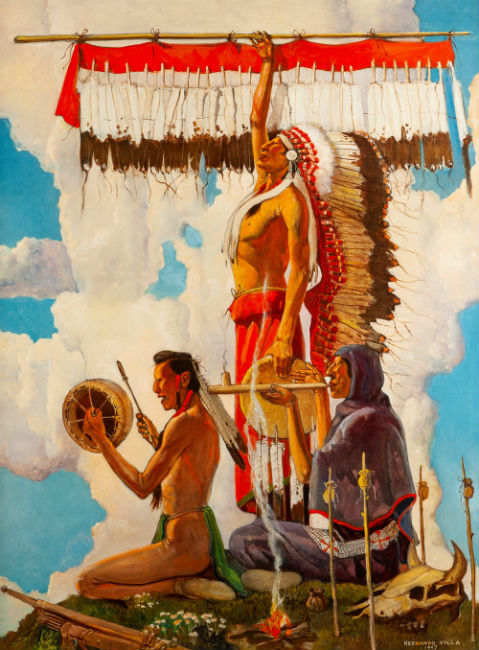 Bronze sculptures by well-known contemporary Western artists are also expected to perform well; two polychromed busts by Dave McGary (1958-2013) are each offered with a $3,000-$5,000 auction estimate. The works are Iron that Walks, dating to 1991 (PHOTO 3), and Short Bull, dating to 1995. Craig Goseyun’s (b. 1960) polychrome-patinated bronze sculpture of a Hopi dancer is a dynamically modeled statement piece and is expected to bring $4,000-$7,000.

Select pieces of tack include two saddles, one of which is a rare Keyston Brothers, San Francisco silver-mounted parade saddle dating to approximately 1940. The handsomely tooled saddle is accompanied by matching tapaderos and has been assigned a $5,000-$7,000 auction estimate.

Native American jewelry collectors will find a nice selection within the Art of the American West catalog, including a substantial old pawn Navajo silver and turquoise squash blossom necklace and matching earrings, offered with a $1,500-$2,500 estimate. While not by a Native American maker, a 14K gold and turquoise squash blossom suite in homage to traditional Navajo jewelry is a standout statement piece for any serious collection (est. $10,000-$15,000) (PHOTO 4). 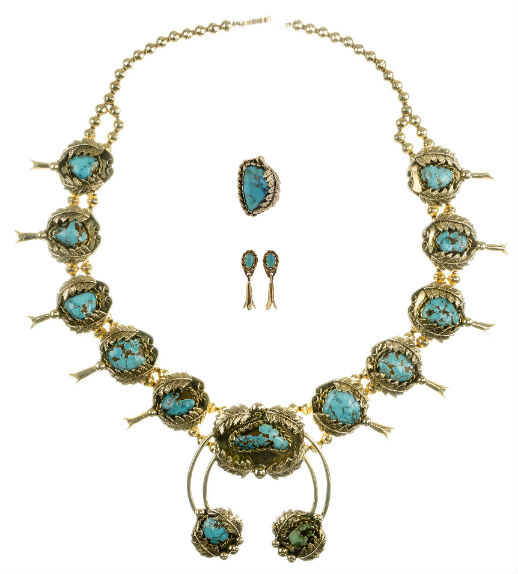 Moran’s will offer a large collection of beadwork and textiles from the Towaoc Trading Post Collection, Ute Mountain Ute, Towoac, Colorado. Selections include belts, bags, gauntlets, vests, and other finely made objects from the private collection of the trading post proprietors. Highlights from the collection include two animal-motif beaded bags featuring a songbird and a horse, conservatively estimated to bring between $400 and $600. The collection has also proffered a third phase Navajo chief’s blanket dating to the turn of the century, which carries a $4,000-$6,000 estimate.

An important Navajo classic period child’s wearing blanket, dyed with indigo and cochineal is an excellent example of classic period Navajo weaving, and will make its way to the block with a $15,000-$25,000 auction estimate. 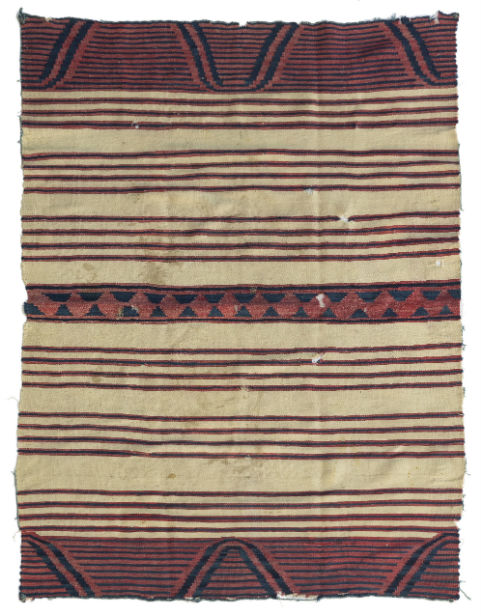 Of the approximately 60 lots of basketry to be offered at Moran’s June auction, 40 lots from tribes up and down the West Coast hail from the private collection of Roberta Krell Kagan, and provide a wide array of choices to collectors. Highlights from the collection include an unusual Apache basket decorated with horses, figures, dogs and crosses (estimate: $1,000-$1,500). The collection also includes a number of large examples of polychrome-imbricated Klickitat baskets, as well as examples from Tlingit, Yokuts, Washoe, and many other tribes. A finely woven Mission puberty rites basket is a rare find and is expected to bring between $1,000 and $1,500 (below). 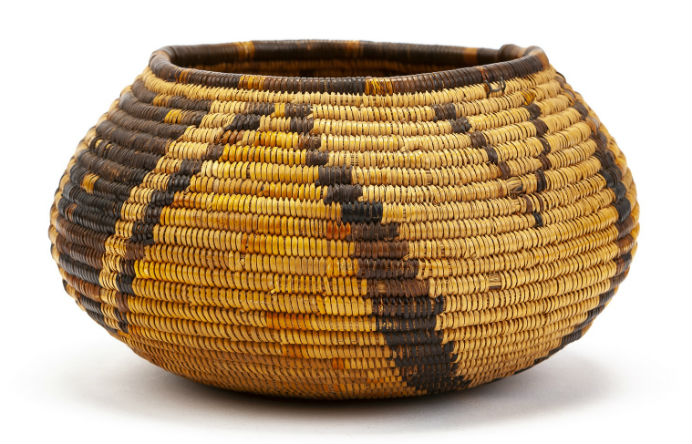 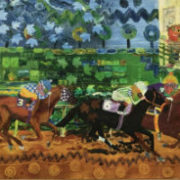 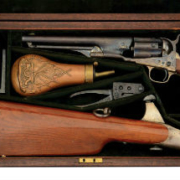 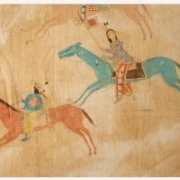 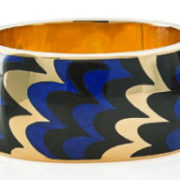 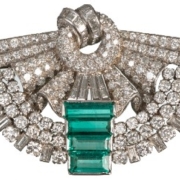