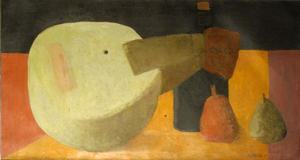 NEW YORK (ACNI) – Exquisitely original and possessing an unerring ability to mix uptown chic with exotic street market finds, the late David Barrett lived by the very same principles that guided the interior designs he created for his well-heeled clients. Each room should reflect the owner’s personality in some way, and there should always be an element of excitement incorporated into the décor, Barrett believed. He knew of what he spoke. One of New York’s most in-demand decorators, Barrett rose to the top of his field, even serving as president of the American Society of Interior Decorators.

Like the well-pedigreed antiques he owned and the innumerable furnishings and decorative objects he designed from inspiration pieces spotted in his world travels, Barrett’s legacy is destined to endure – tastefully and opulently – as long as there are smart city residences and rambling country homes in need of a style infusion.

The extraordinary Upper East Side townhouse where Barrett resided for 40 years was one grand domicile. Purchased in the late 1960s from another trend-setting interior designer, Elsie de Woolfe, Barrett’s residence on East 71st Street was a fantasyland of chinoiserie and trompe l’oeil – crystal chandeliers above life-size 18th/19th-century Chinese figures, an “opium bed” guarded by carved monkeys, a birdcage inspired by a Russian church, early Botero paintings – all coexisting in the most civilized way.

After his death in 2008, the phenomenal contents of Barrett’s house sat quietly and largely undiscussed in antiques circles. Then came the announcement. The entire collection, as well as the massive inventory of articles Barrett had purchased and stored away with particular clients and projects in mind, was to be sold by New York City’s oldest auction house, Tepper Galleries, in two sessions, on Oct. 8 and 10.

Details soon followed: The better items would be sold in the first session; additional items from the townhouse and contents from several of Barrett’s warehouses in Lower Manhattan would be auctioned in the second session.

To give the sale global exposure, Tepper’s CEO, Adam Hutter, chose to include Internet live bidding through LiveAuctioneers.com during the Oct. 8 session. The event is already garnering international attention, not only from the design community and New York’s Social Register, but also from those individuals with more taste than money who recognize exquisite antiques and great design, and want the “Barrett touch” for their own homes.

Adam Hutter and Tepper Galleries’ coordinator of special sales, Tiffany Dubin, spoke with Auction Central News about highlights from the upcoming sale and why the David Barrett name is so highly revered.

“There are so many exciting things in this collection,” said Hutter. “David Barrett’s collection of Fernando Botero paintings includes three that came from the first Botero exhibit held outside of Colombia, in Mexico City in 1958. Apparently the exhibit bombed, but Barrett went there and bought up the entire exhibit and kept them. Over the years he sold some of the art to Botero’s daughter and lent some to the Hirshhorn (Museum and Sculpture Garden, The Smithsonian). We have some of the old museum catalogs. Botero speaks of some of Barrett’s paintings in his writings.”

Hutter described the magnificent 19th-century bed in Barrett’s bedroom as “an opium bed a la Doris Duke. David spent a lot of time in Tangiers with Doris Duke and Barbara Hutton during an era when people explored the East and brought things back to mix into their homes in New York and California. David’s bed is decorated with monkeys that sit on top of it. He would invite his closest friends to sit on it. It’s incredible, unlike anything else I’ve seen.”

Dubin described a suite of shell-back grotto furniture designed by Barrett as being “just spectacular. He spent a lot of time in Italy in the 1970s, which is obviously where the inspiration came from. The silvered and gilded chairs have shell-carved backs and feet, with shells on the side and dolphin arms. They’re extremely striking and will be offered in pairs and in lots of four.”

The grotto furniture typifies Barrett’s ability to reinterpret articles from other cultures to suit the American design sensibility. “He was a master,” said Hutter. “He would buy something in his travels that served as the original concept, then he would find the best artisans and re-create a version of the concept under the David Barrett name. For instance, he would go to Syria and buy a table, then he would adapt the idea and create his own design to suit his client’s Fifth Avenue apartment. Quite often the David Barrett piece would be a more interesting creation than the original.”

Session II, whose emphasis is on the general inventory from Barrett’s warehouses, will offer an embarrassment of riches to the trade. “David was a packrat. He had two full warehouses he was going to use in decorator show houses. He was creating interiors for show houses until the very end of his life,” Hutter said. “He had a Park Avenue showroom – which is now used by Rolls-Royce – but he did a lot of business directly out of the warehouses. We understand that many people who bought from him at the warehouses will be coming to the sale.”

Adam Hutter is quite understandably overjoyed that his company was chosen over all other competitors to auction the David Barrett collection. Hutter believes the selection of Tepper Galleries may have been influenced by the company’s willingness to manage and sell the estate’s contents in their entirety.

“Big houses only want to cherrypick. We’ll do the whole thing, and creatively. We’re hungrier and will spend lot of time and energy on preparing a sale,” Hutter said. “Give us your Botero and we’ll also take your chair frames…We’re a sort of country auction house, but in New York City.”

Asked if there was any truth to the rumor that the collection had come to them through a tip from a truck driver, Hutter laughed and answered cryptically, “We like to keep all of our connections, high and low. My father, the late Ira Hutter, and the late Sidney Drazen, who were co-owners of Tepper Galleries, used to go up and down Park Avenue, talking to the doormen to find out who was moving out.”

Tepper Galleries has created a replica of David Barrett’s townhouse on three floors of its premises on East 25th Street. The furnishings, artworks and decorative objects have been arranged as closely as possible to the way they were positioned in the late designers’ residence. Faithful to Barrett’s credo, the motif as interpreted by Tepper associates blends “high style with whimsey.” 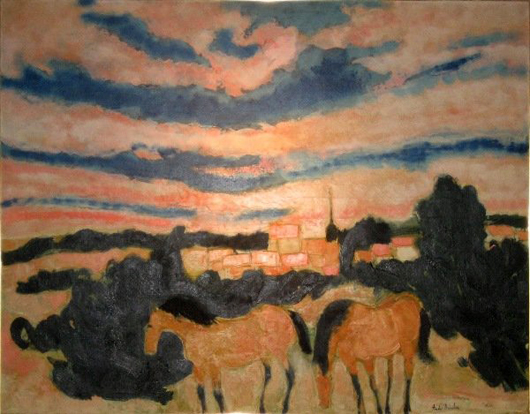 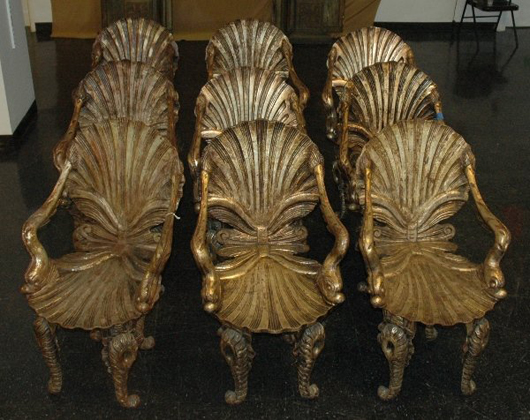 Exquisitely designed and crafted for David Barrett’s own range of 20th-century furnishings, these are examples of his Rococo-style Grotto Chairs. Each has a shell-form back and seat with dolphin-form arms, shell-carved scroll legs. The auction will include two lots containing a pair of chairs each, and three lots each containing a quartet of chairs. Lot of four estimated at $4,000-$6,000. Image courtesy LiveAuctioneers.com and Tepper Galleries. 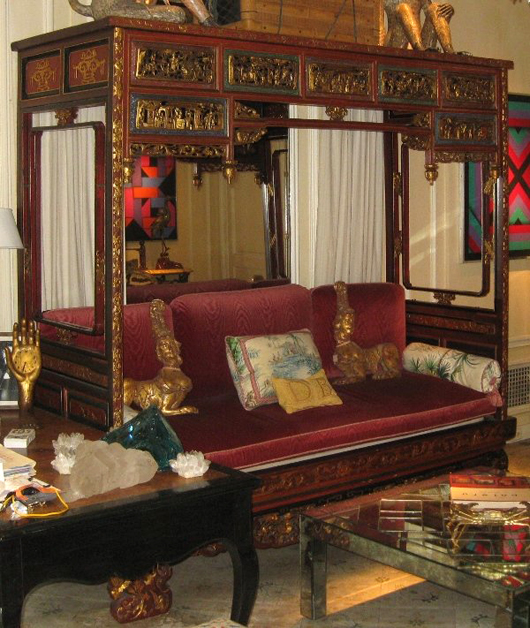 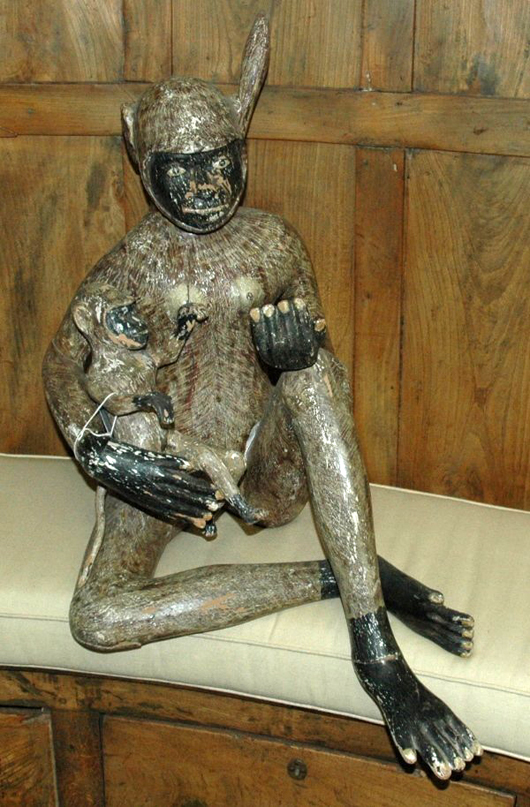 David Barrett decorated his Chinese bed with a family of three 19th-century Southeast Asian carved and painted wood monkeys, the largest of the figures measuring 24 inches tall. The monkeys are offered as one lot with an estimate of $4,000-$6,000. Image courtesy LiveAuctioneers.com and Tepper Galleries. 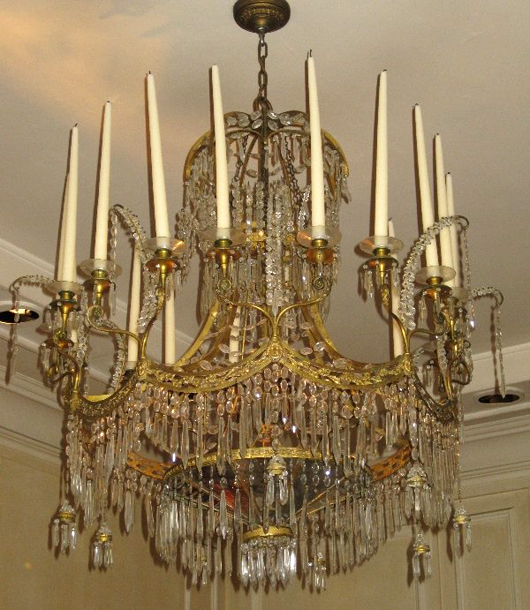 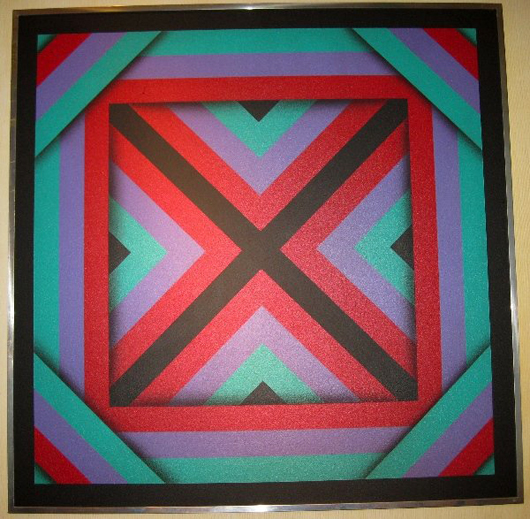