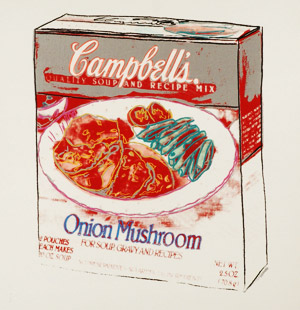 HOUSTON – Contemporary art, including works by Andy Warhol and Keith Haring, will share the spotlight with French furnishings at Lewis & Maese Auction Co.’s sale May 6. It will be one of the two major sales the Houston auction house will present this year.

“Definitely it’s  the kind of auction we want to be known for,” said Tyler Witt, director of operations at Lewis & Maese Auction Co.

The anticipated top lot of the sale is an Andy Warhol acrylic Campbell’s Soup Box-Onion Mushroom, which has provenance through Martin Lawrence Galleries in New York and was consigned by a private collector from Houston. Signed and dated “Andy Warhol ’86,” it has a $300,000-$350,000 estimate.

Also by Warhol are a 1969 serigraph titled Hot Dog Bean, from Campbell’s Soup, a 1986 silkscreen titled Northwest Coast Mask from Cowboys and Indians, and a 1985 screen print titled Van Heusen Ronald Reagan and inspired by a vintage advertisement for a wrinkle-free dress shirt.

Works by Haring (American, 1958-1990) consist of three screen prints featuring the artist’s trademark cartoon-like characters and an ink on paper work from1982 having similar subject matter. One of the color screen prints, Icons 1, Angel and Batman, has a $12,000-$15,000 estimate.

Antique furnishings in the May 6 auction are from the Carey Crutcher estate of Fulshear, Texas. “All of these lots came out of their 17,000-square-foot mansion,” said Witt.

One of the choice pieces from that collection is a Chinese Chippendale carved and gilded mirror measuring 71 inches high by 37 inches wide. “It’s one of several unique pieces,” said Witt.

Another fine piece is a gilt bronze cartel clock that features a white Meissen elephant. The clock is mounted on the back of the elephant figure. Overall it measures 10 1/2 inches high by 7 1/2 inches wide.

Antique art includes a painting attributed to Albert Bierstadt (American, 1830-1902) of a desert landscape with camels and Arabs. The oil on canvas, 29 by 41 inches, was purchased from Rice University.

Internet bidders may participate through LiveAuctioneers.com. For information, contact Lewis & Maese Auction Co. at 713-880-0891 or go to the Web site: www.lmauctionco.com. 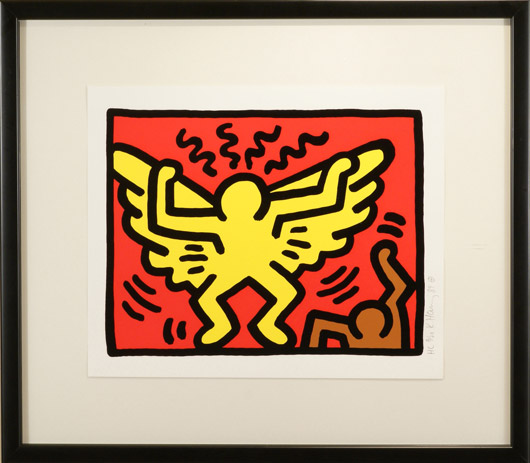 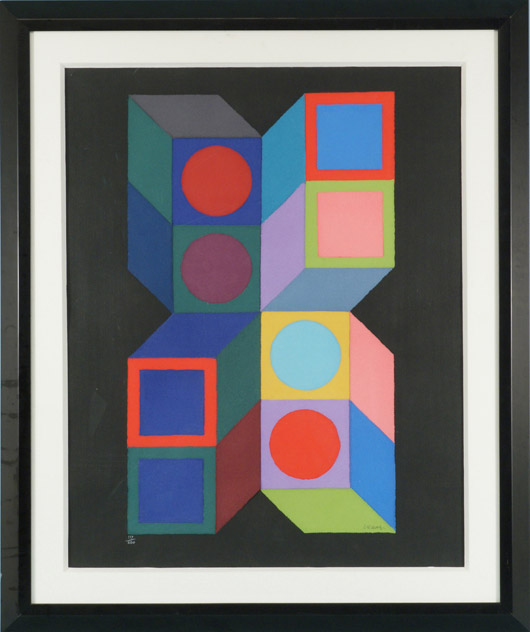 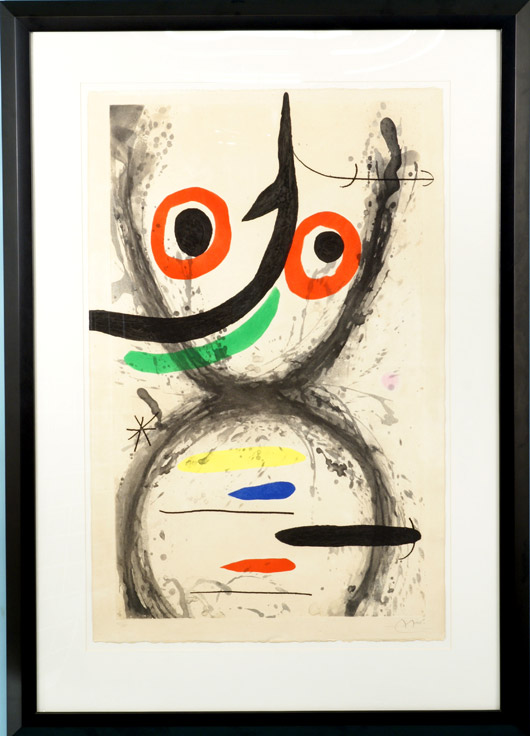 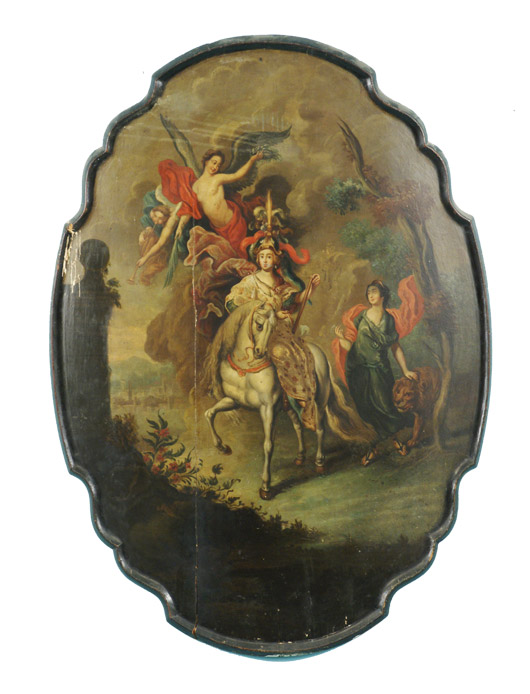 This 18th-century oil painting of a queen could be of Catherine the Great. The unsigned painting measures 44 1/2 by 32 inches. Lewis & Maese Auction. 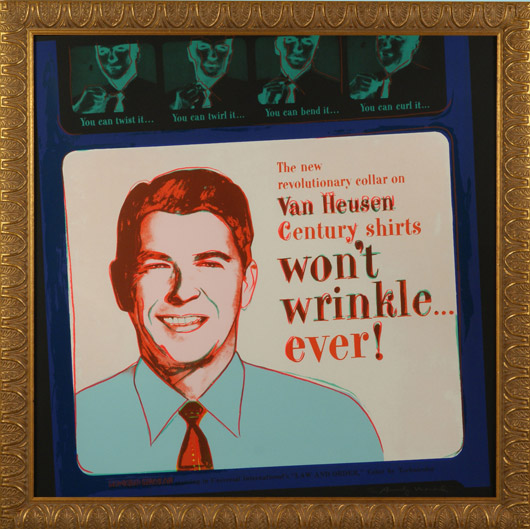 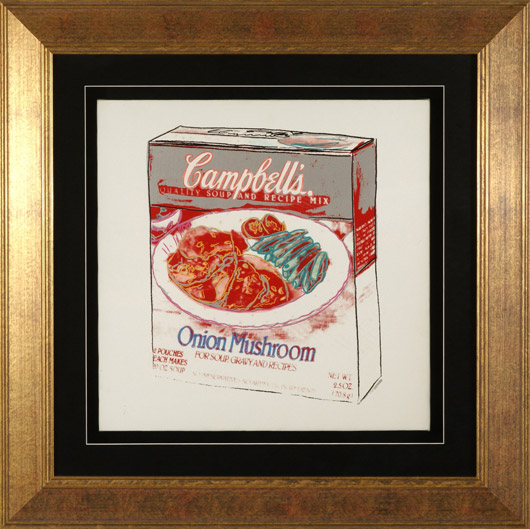