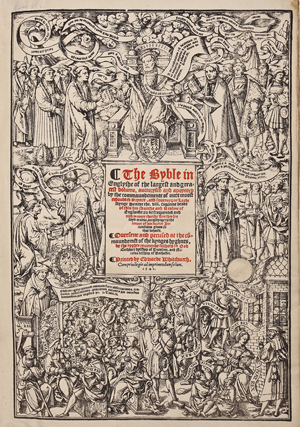 HARRISBURG, Pa. – Cordier Auctions will hold their Spring Antique & Fine Art auction on May 18 and 19. Highlights of the sale include paintings by Cornelius David Krieghoff (Canadian, 1815-1872) and Arthur Meltzer (American, 1893-1989), an 18th century French pocket watch with diamond and enameled chatelaine and a 1541 English Great Bible as well as over 130 lots of jewelry, 100 lots of fine art, sterling, furniture, rugs, collectibles and Asian art. LiveAucitoneers.com will provide Internet live bidding.

Saturday’s sale is slated to offer books and paper, collectibles, toys, jewelry, silver, porcelain and glass. An English bible, the Great Bible version of the Byble in Englyshe printed by Edward Whitchurch in London in 1541, will be a highlight of books and paper and carries an estimate of $5,000 to $7,000. A copy of Violet Oakley’s The Holy Experiment will also be offered. Oakley was the artist who completed the mural paintings in the governor’s reception room and in the senate chamber of the state capitol in Harrisburg, Pa. This portfolio was made in preparation for that project and includes color plates of each mural. Other items of note include autographs of Margaret Thatcher, Charles Lindburgh and Theodore Roosevelt.

Collectibles will offer a wide variety of items from a collection of over 30 steins to canes, flasks and violins. Two saddles will cross the block in Saturday’s sale. The first is a Western show saddle with sterling mounts made by Rios (estimate $600-$800). The other is a Hermes Steinkraus jumping saddle (estimate $700-$900). Among sports collectibles will be a Connie Mack and Philadelphia Athletics team signed ball (estimate $1,000 to $1,200) as well as a 1958 Topps #150 Mickey Mantle and a T206 Cy Young Glove Shows Piedmont baseball card. Political collectibles will include a rare Cleveland & Stevenson 1893 inaugural ribbon (estimate $300-$500). In addition to several tin windup toys, a Steelcraft airplane pedal car will be offered and carries an estimate of $750 to $1,000.

Over 50 lots of silver will be offered including flatware sets, bowls, candlesticks and more by such companies as Stieff, Gorham and Tiffany. A highlight of this category will be a pair of German gilt sterling and ivory court figures depicting Maria and Philip I modeled after the original figures by Peter Vischer the elder (German, 1460-1529) which stand in the Hofkirche (Church of the Court at Innsbruck/Tyrol/Austria). They are estimated at $1,000 to $1,500.

Silver will be followed by over 130 lots of fine jewelry and watches. The star lot will be a circa 1760-1790 verge fusee pocket watch by Jean Arthur (French, 1730-1810). The watch features an elaborate gold chatelaine decorated with diamonds and cobalt enameling and carries an estimate of $6,000 to $8,000. Other watches of note include a man’s 14K Omega Chronometre wristwatch and Hamilton Railroad pocket watches. Antique jewelry will include a French 18K, diamond and enameled bracelet as well as a Victorian gold and coral demi-parure. Numerous lots of diamond and gemstone jewelry will be offered including a 3.14-carat diamond and platinum engagement ring, one of several rings with GIA certified stones, and an 18K and diamond Lincoln Mercury award ring by Cartier. Among Native American and Mexican jewelry will be a Victor Coochwytewa Hopi necklace

Saturday’s session will conclude with porcelain and glass. Highlights among porcelain include a pair of 21-inch Dresden covered urns and a 21-inch Royal Vienna covered urn both estimated at $500 to $700. Other highlights include a large 25-inch majolica basket and a Mintons pate-sur-pate ewer. In glass several lots of Murano glass will be offered including an aquarium by Gino Cenedese (estimate $800 to $1,200). Also of note is an Orrefors “Ariel” vase by Edvin Ohrstrom (Swedish, 1906-1994) estimated at $1,800 to $2,000.

Sunday’s session will include furniture and rugs, Asian, fine and decorative arts, clocks and lighting. Several pieces of English furniture will be offered including a 1713 corner cabinet, 1673 tavern table, William and Mary highboy and a burl walnut canterbury. A Chinese carved teakwood étagère will be a key lot with an estimate of $1,500 to $3,000 as will a circa 1917 Steinway Model O grand piano (estimate $5,000 to $7,000). Other pieces of note include a Soap Hollow blanket chest, Louis XV bombe commode and several corner cabinets. Over 30 lots of Persian rugs will be offered, including a Tabriz silk prayer rug as well as Heriz, Hamadan, Bokhara, Bakhtiari, Khorasan Baluch and Chinese room-size.

Over 75 lots of ethnographic and Asian arts are included in Sunday’s session, among them a set of six Chinese polychrome ivory carvings of immortals (estimate $1,000-$2,000). Among several Thai pieces will be a Rattanakosin Period scroll box with scroll. Asian arts will also feature porcelain, cinnabar, jade, cloisonné, champlevé and more. Ethnographic arts will feature Navajo dolls as well as a Congo ivory tusk with a relief-carved spiral scene depicting men and women in traditional and European attire, including musicians, animals, and shackled slaves (estimate $500-$1,000).

Decorative arts will offer several Vienna bronzes including a peacock estimated at $800 to $1,000. Other pieces of note include a Tiffany Grapevine box, a unique hot air balloon form birdcage and a set of six early polychrome glazed Persian tiles.

Sunday’s session will offer over 100 lots of fine art including paintings, bronzes and prints. Cordier Auctions will be offering a painting by Cornelius David Krieghoff (Canadian, 1815-1872) titled Indian Hunter with Gun. Painted in Quebec in 1858, the painting is typical of Krieghoff’s Canadian winter scenes of outdoor life. The painting carries an estimate of $6,000 to $12,000. Also to be offered will be a painting titled The Patriarch and the Sapling by well-known artist Arthur Meltzer (American, 1893-1989) (estimate $8,000 to $10,000). Other artists of note include Mordecai Ardon, Arthur Vidal Diehl and Ira Deen. Among prints will be lots by Dali, Aubudon and Paul Jacoulet.

Sculpture and bronzes will include two key lots of the sale. The first is a pair of bronze bas-relief plaques of George Washington and Abraham Lincoln by William Rudolph O’Donovan (American, 1844-1920), which carries an estimate of $4,000 to $6,000. The other is a bronze sculpture of George Washington astride a horse by Romano Romanelli (Italian, 1882-1968). Number three from a limited edition of 12, the sculpture is estimated at $2,000 to $4,000.

Sunday’s auction will conclude with clocks and lighting. Clocks will offer a Bailey, Banks & Biddle tall case and a Gustav Becker bracket clock, while lighting will offer Schonbek chandeliers as well as two Pairpoint table lamps including a reverse-painted example estimated at $1,500 to $2,000. Among modern pieces will be a pair of Upsala Ekeby Paprika vase lamps (estimate $200-$400), a Noguchi paper and metal table lamp and an Italian mid-century modern floor lamp purchased at the Venice Biennale in the 1950s.

Questions can be directed to Cordier Auctions & Appraisals at auctions@cordierantiques.com or by calling 717-731-8662. 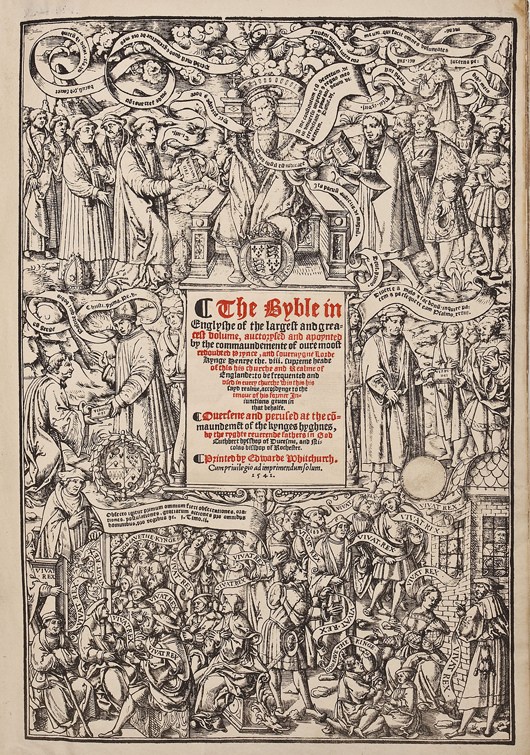 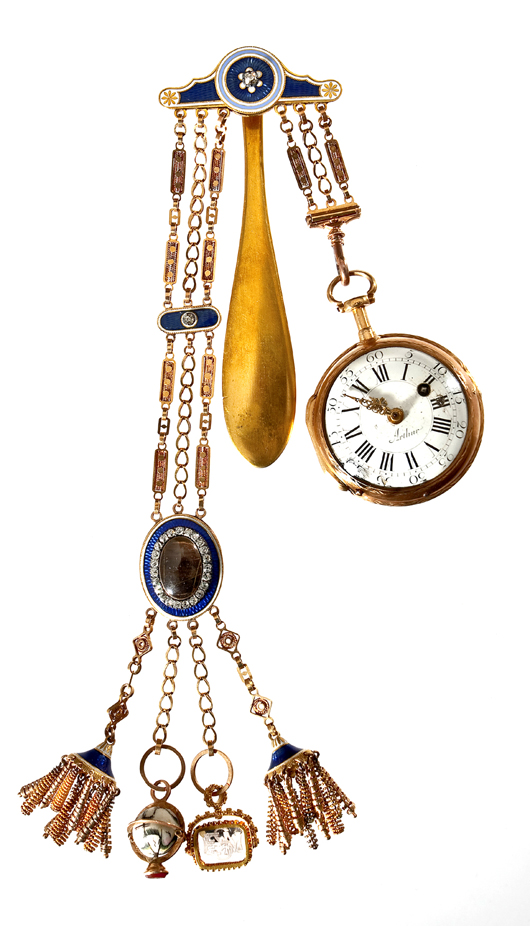 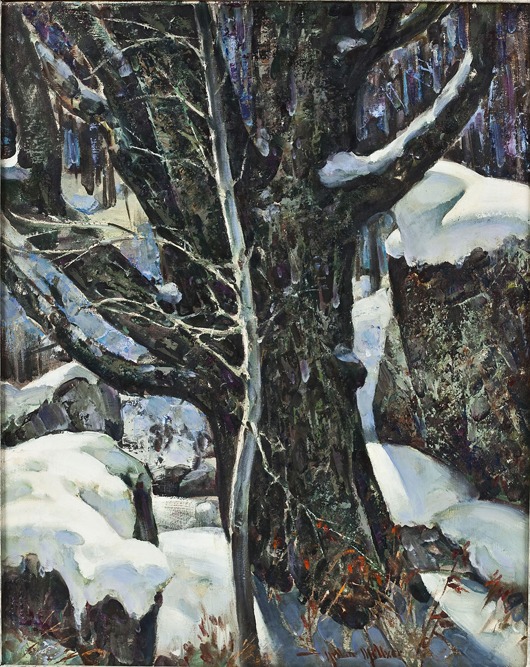 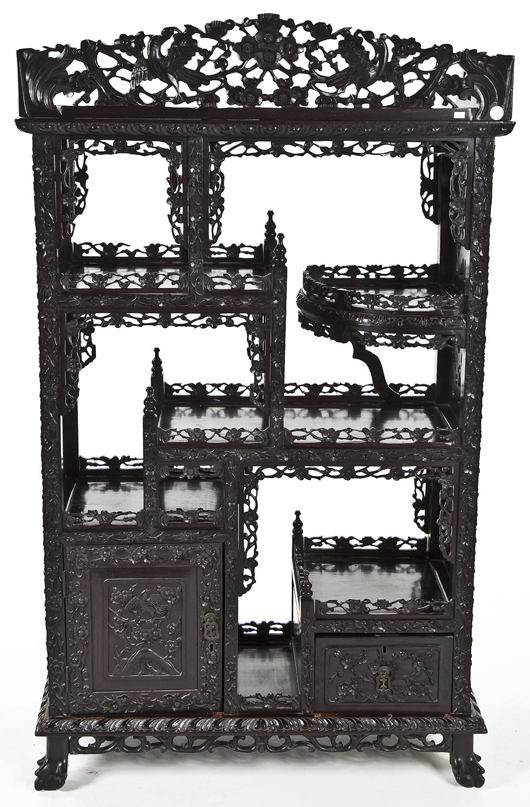 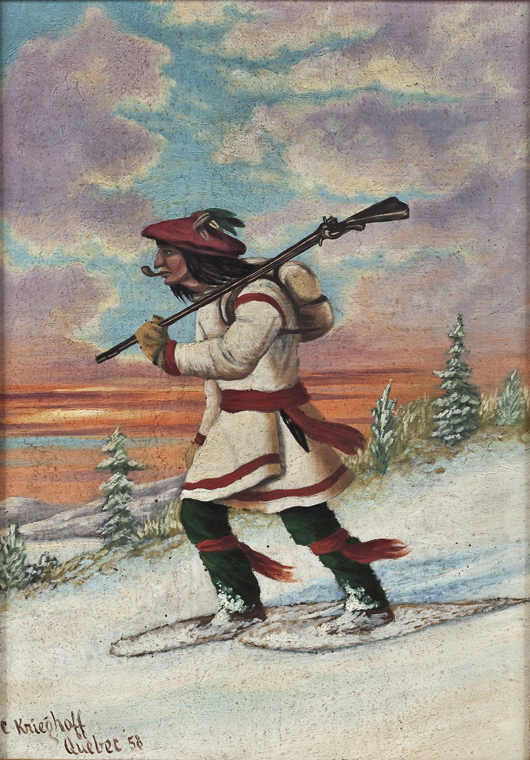 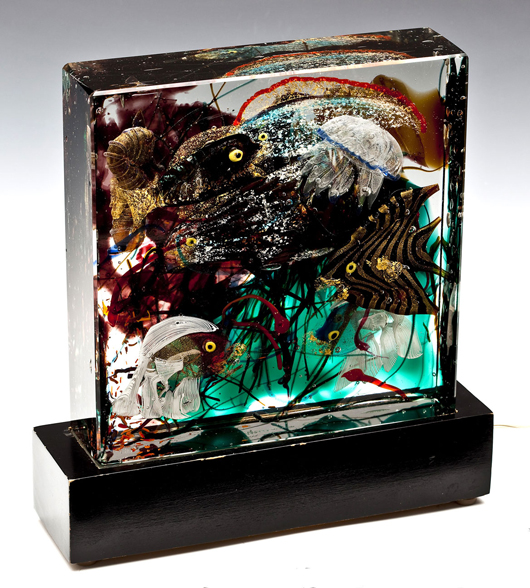 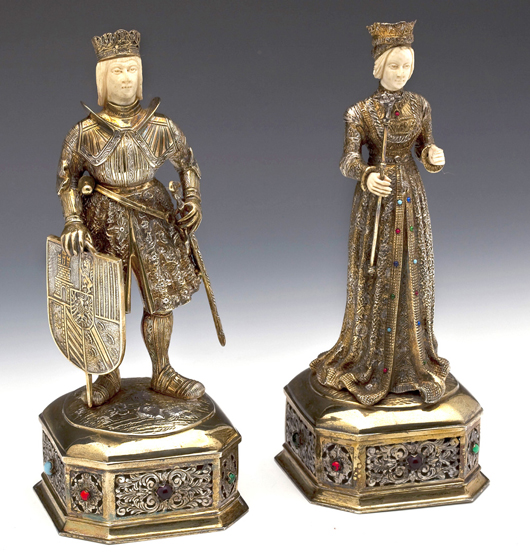 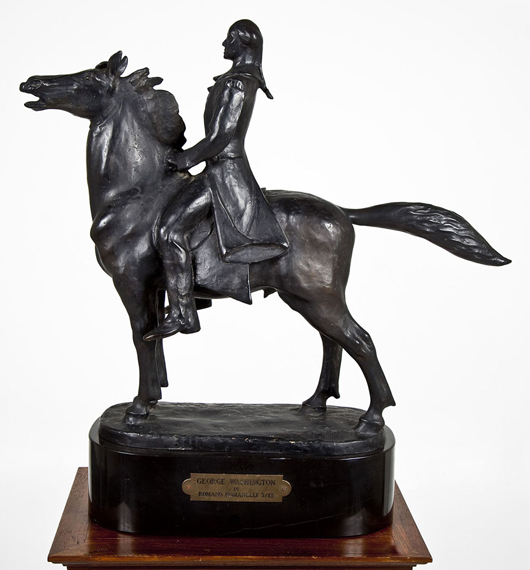 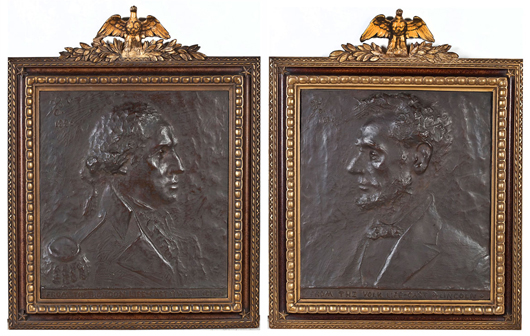