Featured will be numerous pieces from the prominent estate of William Levine of Rochester, N.Y. Levine was a businessman, philanthropist and avid modern art collector.

This collection of artwork includes two works by Pablo Picasso titled Tete de Buffon and Faunes et Chevre. Faunes et Chevre, estimated at $60,000-$80,000, is a fine and rare example of a linocut. Also by Picasso are two pieces of pottery that were produced in the 1950s titled Woodcut in Lines and Engraved bottle. There is a bold original Gouache by Alexander Calder, numerous lithographs by Marc Chagall including Vue Sur Notre-Dame and The Orange Tree, two pieces by Joan Miro, one of which is an oversize color etching and aquatint, 45 by 29 inches, titled Le Permissionnaire, a Jean Dufy gouache titled Jazz Band and a painting on linen by Ilya Bolotowski titled Abstract.

Complementing these fine works is an array of antique and modern furnishings. Mid-century modern pieces by James Mont include a silver-leaf console, a mirror, chair and table lamps. Two fine examples of polished bronze sculpture by Kieff are also part of this impressive collection.

The auction is set to begin with a variety of art glass including studio Tiffany glass, Loetz, Arsall, Charder, Muller Freres and Steuben. Fine estate silver such as a Tiffany Chrysanthemum sterling tea set, lighting, sculpture and decorative items will follow the art glass. A Tiffany Studios Daffodil lamp along with a Dogwood table lamp by Tiffany are features of this collection.

Other highlights include many fine oil paintings and works of art such as Felix Schlesinger’s (German 1833-1910) Feeding the Rabbits, a Hudson River landscape by Hamilton Hamilton (American 1847-1928) and an oil painting by Cornelius David Krieghoff (Canadian 1812-1872) of the Caughnawaga Indians, which is estimated to sell between $30,000 and $50,000. Works by William Aiken Walker (American, 1838-1921) and Luther Emerson Van Gorder (American, 1857-1931) will also be sold in this auction. An original lithograph by Henri de Toulouse-Lautrec, circa 1897, is expected to sell for upward of $80,000.

From the estate of Benjamin Buerk comes an extensive collection of Russian icons that were purchased throughout Buerk’s life. Buerk was a businessman and longtime collector from Buffalo, N.Y. The collection was mainly acquired through Sotheby’s and during travels abroad.

A bold example of American Craftsman pottery done by Frederick Walrath and an unusual quartersawn oak bookcase by Limbert adorned with stained glass doors are featured in the Arts & Crafts category.

Highlighting the furniture in this auction is a stacked walnut mushroom table designed by Wendell Castle (American, b. 1932) which was purchased in 1977 directly from the artist. Castle is often credited for being the father of the art furniture movement.

From the Americana collection is a 19th century cigar store Indian, which was featured in Treasury of American Design by Clarence P. Hornung; Image #140 and #143. According to the National Gallery, the image was a watercolor rendering in 1935, done for the book as a part of the WPA Project. The illustration can be found at the National Gallery. The Indian is expected to bring between $30,000-$40,000.

The auction will begin at 11 a.m. Eastern 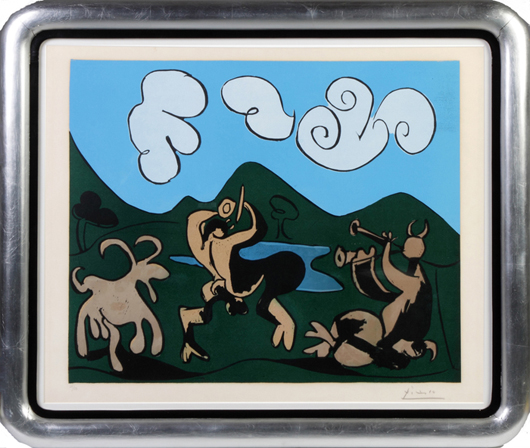 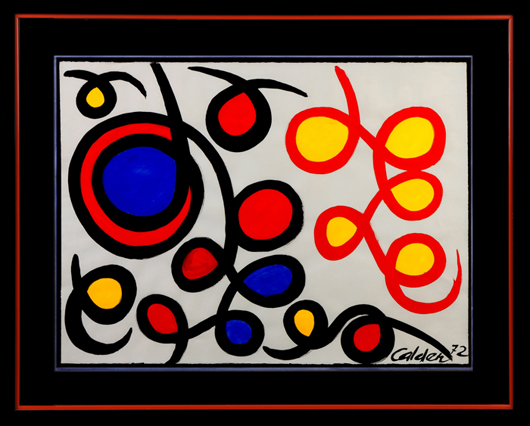 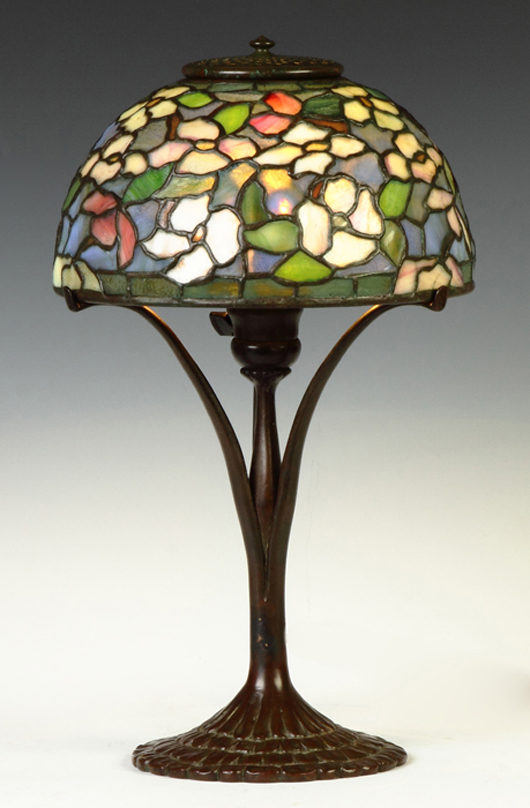 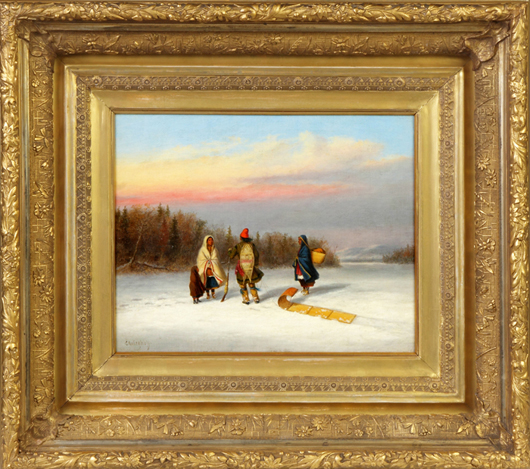 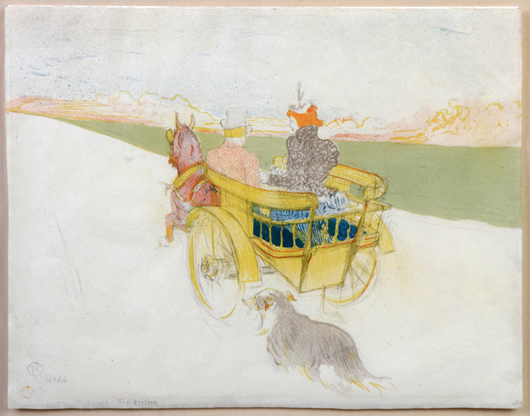 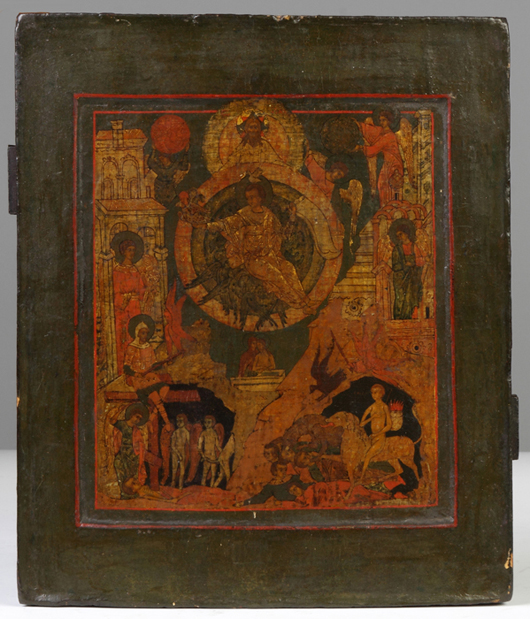 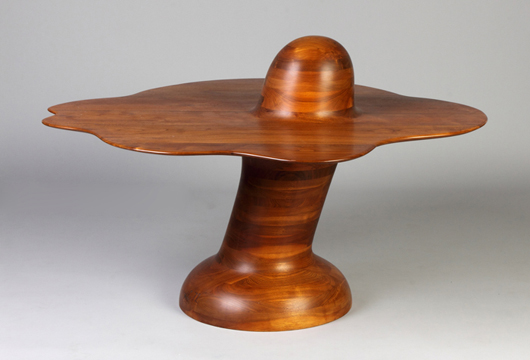