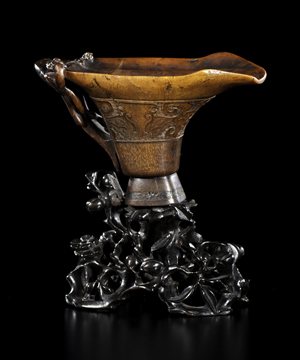 CINCINNATI – Cowan’s Auctions Inc. will host their third live salesroom Asian Art Auction on July 27-28. The 430-lot live sale will feature a wide selection of high quality ivory, jade and porcelain, Chinese and Japanese prints and scroll paintings, Chinese furniture and reference material on Asian Art. The second portion of the sale, consisting of nearly 300 lots will be online only. Both sessions will begin at 10 a.m. EDT. LiveAuctioneers.com will provide Internet live bidding.

Among the collections of note is the Lewis Cotlow Collection, sold to benefit the Cincinnati Museum Center, Cincinnati. Cotlow, an amateur filmmaker and lifetime collector of Chinese material, purchased the majority of his collection from New York sales during the 1930s and ’40s, specifically at Parke Bernet Galleries. Many of these early purchases are well documented. One of the highlights of the Cotlow collection is a Kangxi bee hive water pot, estimated at $400-$600.

Other strong collections include a group of 17th-18th century material collected by a lieutenant under American Gen. Adna Romanza Chaffee (1842-1914) in China during the Boxer Rebellion from 1900-1901. Additionally, a collection of material from the Zeiser Museum, St. Louis, should have a strong showing, as well as a private collection of Chinese incense clocks.

“Some exciting material is coming to market in our July sale, where the vast majority of the consignments come from old collections,” said Graydon Sikes, Cowan’s director of Asian art. “We realize the problems with later material surfacing in order to satiate the influx of new collectors, and our sale is well vetted and contains some very strong material with excellent provenance.”

A 17th century rhinoceros horn libation cup is estimated to sell anywhere between $100,000-$150,000. The cup has relief carving along the sides and sits atop a carved and reticulated flowering stand.

Jade and ivory pieces are expected to perform well in the auction. A white jade carved vase is estimated at $10,000-$12,000. This vase is lidded and carved with flowers. A Chinese export carved ivory sewing box is estimated at $8,000-$10,000.

A Ming period bronze Buddha is expected to fetch $5,000-$6,000 in the sale. This Ming period Buddha is seated in dhynasana on a separate bronze lotus pedestal stand. He is wearing flowing robes and a tiara, and is painted with red and gold lacquer.

Chinese furniture is also expected to do well in the auction. A pair of Chinese carved Huanghuali chairs is estimated at $5,000-$10,000, and a Chinese Ming-style hardwood bench is estimated at $4,000-$6,000.

For more information about the auction or to view the catalog, visit cowans.com. 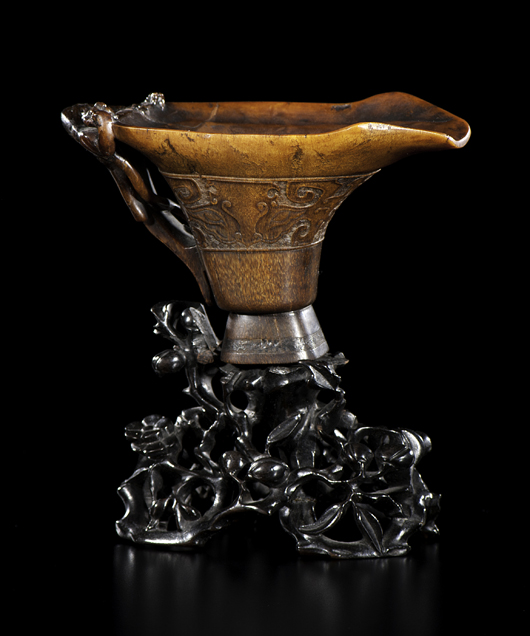 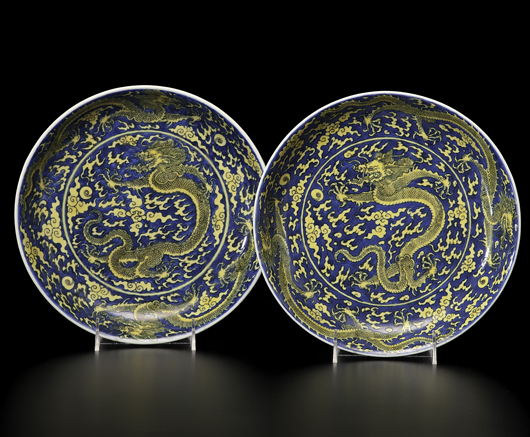 A pair of Chinese porcelain dragon chargers, Kangxi mark and period. The interior bowl and exterior rim having five-clawed dragons chasing a fiery pearl surrounded by wispy clouds in yellow on a blue ground, with six-character Kangxi mark within double rings in sharp blue on underside, housed in a two-drawer box. Estimate: $30,000-$40,000. Cowan’s Auctions Inc. image. 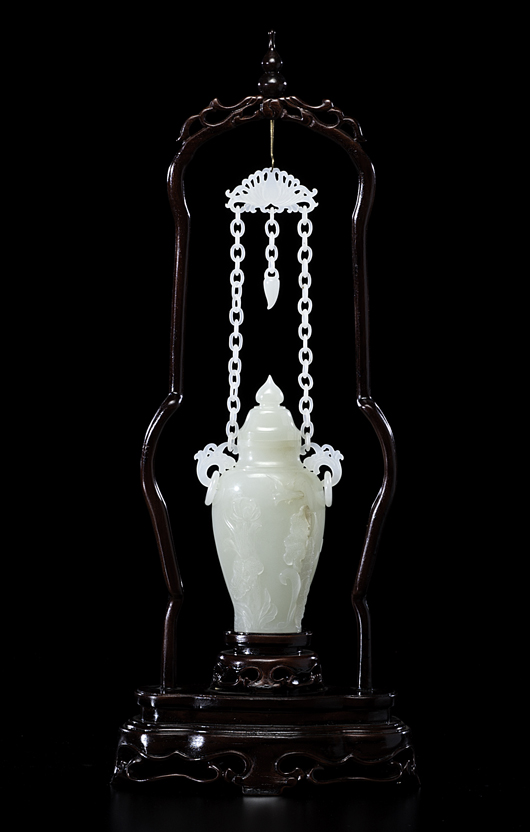 A 20th century Chinese white jade lidded vase carved with flowers, having two handles with drop rings, connecting to a chain with a lotus flower, all suspended on a wooden frame. Estimate: $10,000-$12,000. Cowan’s Auctions Inc. image. 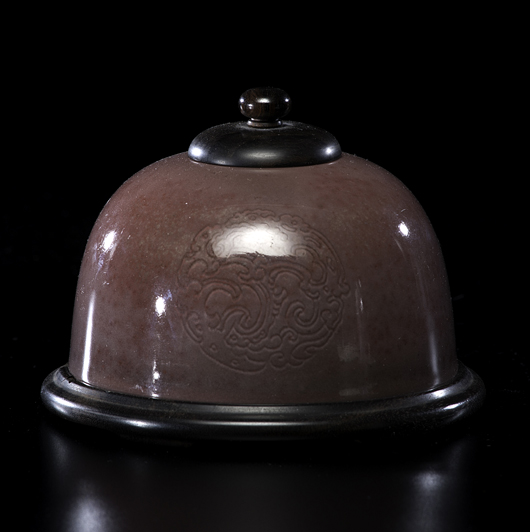 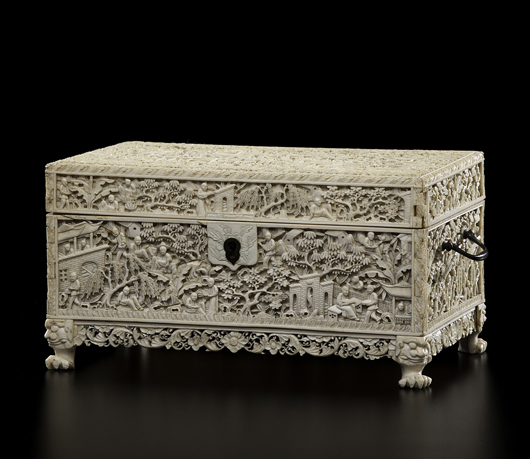 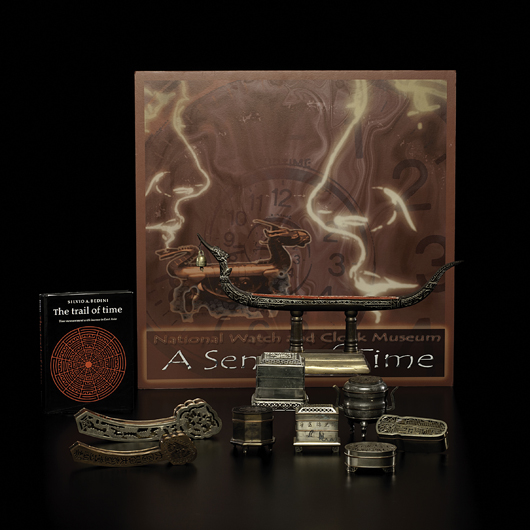