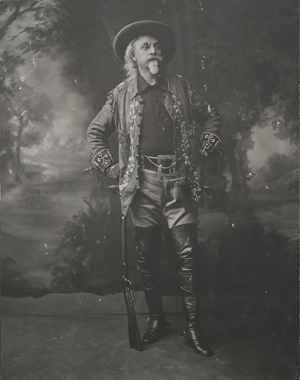 CINCINNATI — Cowan’s Auctions, Inc. will host the Patsy Garlow Collection of Cody Family Photographs on Jan. 31, 2014, with Internet live bidding through LiveAuctioneers. The auction consists of over 200 lots of personal Cody family photographs documenting the showman’s life. Rare family albums and individual photos of Cody’s career with the “Wild West” shows he popularized and promoted will be offered in this extraordinary collection. The Garlow collection is considered the largest privately held collection of Buffalo Bill photographs in existence, and outside of the collection held by the Buffalo Bill Historical Center in Cody, Wyoming, is unmatched in its scope.

William F. “Buffalo Bill” Cody (1846-1917) was an American soldier, Western scout, buffalo hunter and most notably, a showman. Cody founded the “Buffalo Bill’s Wild West Show” in North Platte, Nebraska in 1883. His Wild West shows toured North America and Europe for decades until his death in 1917.

The majority of the items included in the January 31 auction passed down directly through  in the family of William F. Cody’s daughter, Irma Louise Cody Garlow (1884-1918). Irma married Frederick Harrison Garlow Sr and had three children: Frederick Harrison Garlow Jr, William Joseph Garlow, and Jane Cody Garlow Hallehan-Keane. When their parents died two days apart in the influenza pandemic of 1918, their grandmother, Louisa Cody, raised the three children. Fred Garlow Jr married Margaret Sutherland and they had two children: Patricia Ann Garlow (b. 1948) and Mark Frederick Garlow (b. 1952). Most of these items were in the possession of Patricia (Patsy) Ann Garlow’s family, Buffalo Bills’ direct great-granddaughter. From the 1960s to the late 1990s, the items in the collection were on loan to the Buffalo Bill Historical Center in Cody, Wyoming.

One of the featured items in the sale is a Cody family photograph album, including 301 personal and professional portraits; and photos of Wild West Show performers and Western scenery (est. $8,000/$10,000). Another lot, consisting of two albums of William F. Cody at Leisure, compiled and presented by the illustrator R. Farrington Elwell, is expected to sell for $6,000/$8,000.

Other exceptional photographs in the auction include three large-format photographs by Grabill of Indian Chiefs and U.S. officials, including William F. Cody at Wounded Knee. These three photographs will be offered as lot numbers 11, 12 and 13. All three are expected to bring $1,000/$1,500 each at auction.

The January 31st sale includes photographs of William Cody all the way up until his death on January 10th, 1917. Two of the last photographs of Cody, taken five days before his death, with his doctor at Glenwood Springs, Colorado, will hit the auction block with individual estimates of $600/$800. 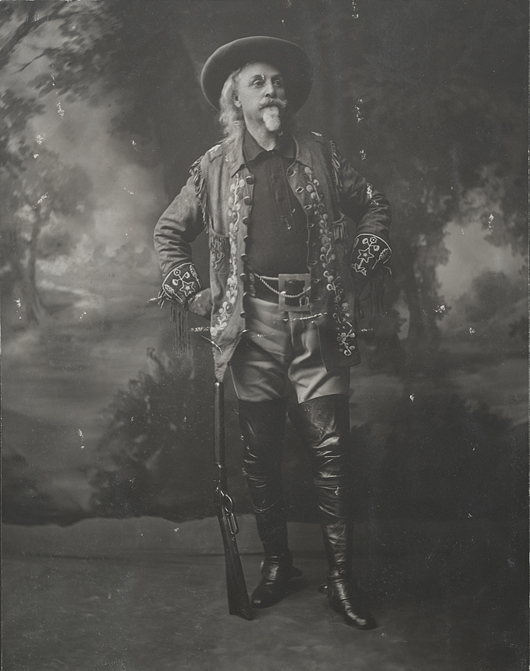 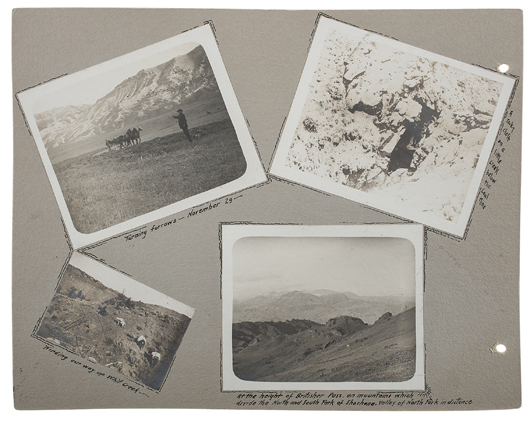 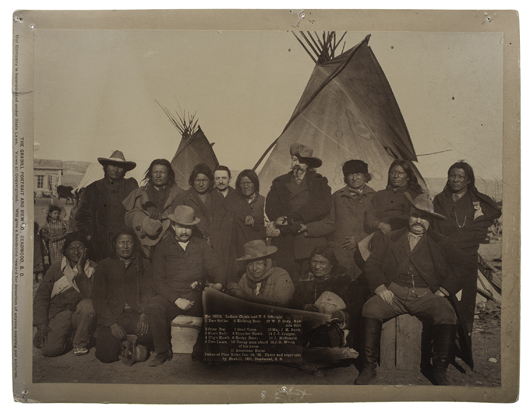