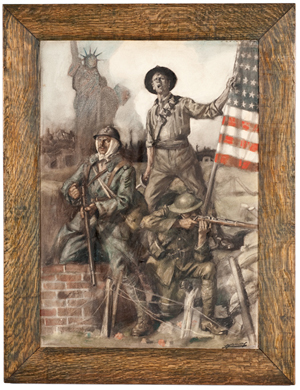 CINCINNATI – Cowan’s inaugural World at War Auction will take place Tuesday, June 22, at Cowan’s salesroom. The auction is the first of its kind to feature international war regalia from the 20th century. The World at War sale offers items from 20th-century conflicts including World Wars I and II, the Korean War and the Vietnam War. LiveAuctioneers will provide Internet live bidding.

Cowan’s Firearms and Military Department director Jack Lewis said, “We decided to do this auction because we felt it was a chance to carve a niche for modern war items that are gaining popularity.”

World War II items lead the inaugural sale. Highlights include a World War II German Navy ship tallies that are estimated to sell for $3,000-$5,000. This rare lot includes 32 ship tallies, including a tally from the German torpedo boat Wolf.

Historic items of the Third Reich will also be offered. A World War II Nazi German Waffen SS enlisted man’s tunic is expected to bring $2,500-$3,500. This item is among many that were consigned by the Portsmouth Museum of Military History in Virginia. Also consigned by the Portsmouth Museum, a World War II German army panzer wrap piped for cavalry is estimated to sell at $4,000-$6,000 and includes half a mannequin for support and display.

The auction will offer a World War II Japanese winter uniform on a full mannequin. Estimated to sell at $600-$800, this affordable item includes a tunic, pants, overcoat, leggings, boots, a canteen, a rabbit fur hat and a pair of three-finger mittens.

“Any of the Japanese uniforms are very interesting, because you rarely see them for sale.” said Lewis.

A Korean War U.S. Army dress blue uniform with visor cap is estimated to sell for $600-$800. This complete uniform is in excellent condition with CW3 warrant officer shoulder boards and three-fourths a mannequin.A Vietnam issued bowie exhibition knife is expected to bring $500-$600. This relic has a 37-inch blade with both ends terminating into bulbous finials.

Regarding the Southeast Asian conflicts, Lewis said, “I think that the Korean War and Vietnam War objects are going to become very collectible.”

War art and propaganda are also up for bid. A war bond poster by Lucien H. Jonas is estimated at $1,500-$2,500. Jonas was a French artist who set aside a career in painting to create propaganda posters for the Allies during World War I. This work of charcoal and colored pencil depicts the three main Allied forces – America, France and Great Britain – the Statue of Liberty and the American flag.

“This is a very interesting sale that has items that are very affordable for a collector who is working with a modest budget,” said Lewis. 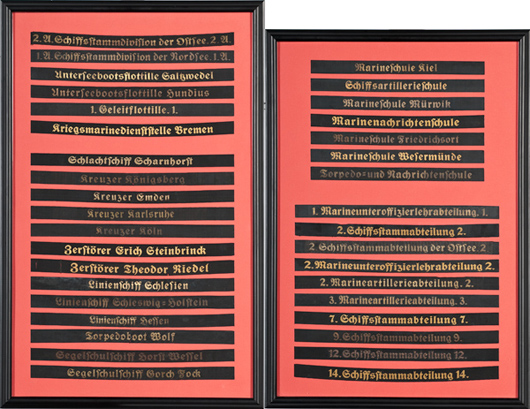 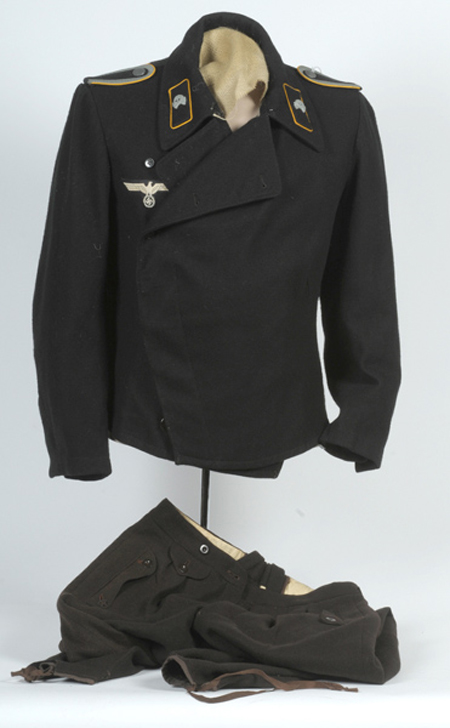