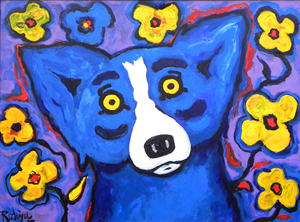 NEW ORLEANS – More than 1,100 lots of mostly fresh-to-the-market items – culled from prominent local estates and collections and spanning a wide variety of categories – will be sold on Saturday, Dec. 3, by Crescent City Auction Gallery. The all-day event will be held in the firm’s spacious gallery, located at 1015 Julia Street in New Orleans, beginning at 8 a.m. Central Time, with Internet live bidding available through LiveAuctioneers.com.

“The auction before the holidays is always an exciting one,” said Adam Lambert of Crescent City Auction Gallery. “We are getting an early start to accommodate over 1,100 items, but we’ll probably wrap up around 5 o’clock in the afternoon. This is the last auction of the year, and the quality of the merchandise is truly impressive.”

Two antique guns are expected to generate much bidder interest. The first is a scarce Confederate Civil War Whitworth sharpshooter’s rifle, made circa 1860. What makes this weapon so desirable to collectors is the fact that it is stamped “Natchez” on the underside, below the trigger guard. Also, it is in fine condition. The rifle is expected to realize $15,000-$25,000.

The other is a very rare V.G.W. Libeau New Orleans-made percussion cap derringer gun, manufactured pre-1845 and with the barrel engraved “V.G.W. Libeau New Orleans” (Libeau is listed as a gunsmith in the New Orleans city directories from 1832-1845, at No. 9 Camp Street). The pistol should change hands for $5,000-$7,000. A Japanese Samurai sword is also on the auction roster.

Oriental objects will include a Chinese famille verte wine cup from the 18th century, decorated with a fisherman wading in the water (4½ inches tall by 3½ inches in diameter); and a 7-inch-tall Chinese matte white carved baluster vase made circa 18th century from the Ching Dynasty, under the Emperor Chien Lung (1735-1796), with intricate relief scenic decoration.

A marvelous selection of estate jewelry will include sapphires, diamond, rubies, emeralds and pearls. Also offered will be an unusual 18kt white and yellow gold flamingo pendant brooch, made in the 20th century and modeled after the Duchess of Windsor’s example, mounted with diamonds, baguette emeralds, sapphires and rubies and signed “Blanco” (est. $9,000-$12,000).

Also offered will be a Newcomb College pottery vase, made in 1931 by Sadie Irvine in the “Moon and Moss” pattern. The 5¼ inch tall, 6½ inches in diameter vase should hammer for $2,500-$3,500. Bidders will also be treated to a nice collection of 20th-century Moorcroft pottery.

Exhibition previews will be held through Friday, Dec. 2, from 10-5. There will also be a late evening preview on Wednesday, Nov. 30, until 8 p.m.

For additional information on any item in the sale, call 504-529-5057 or e-mail info@crescentcityauctiongallery.com. 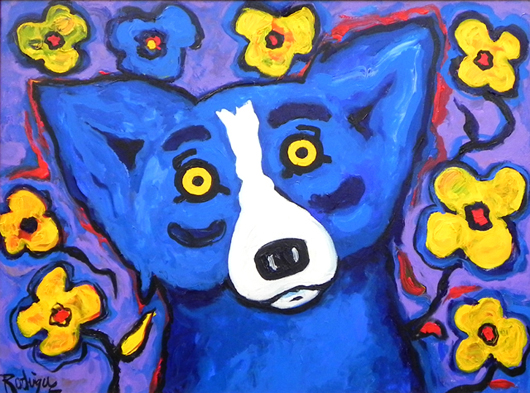 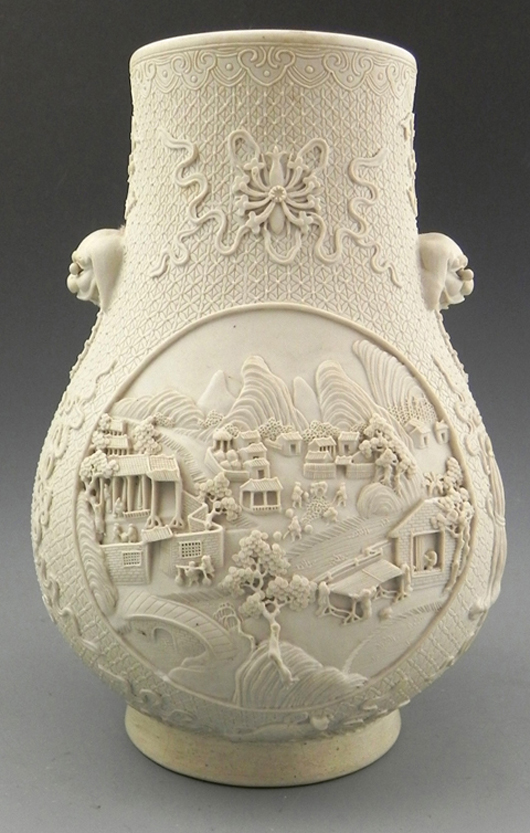 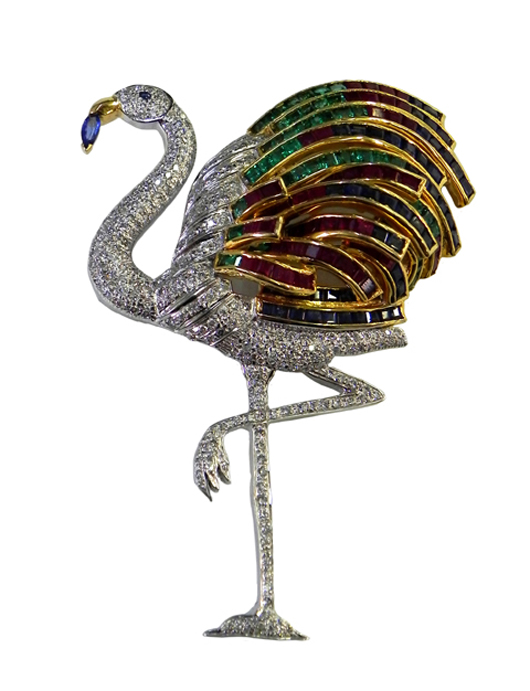 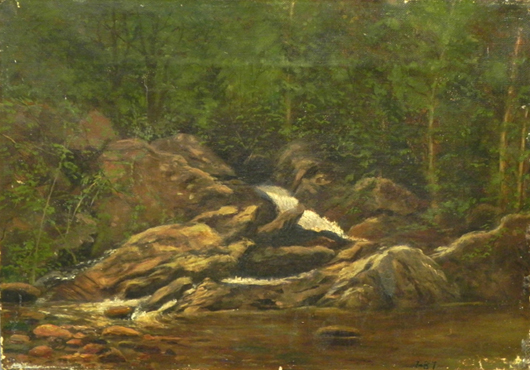 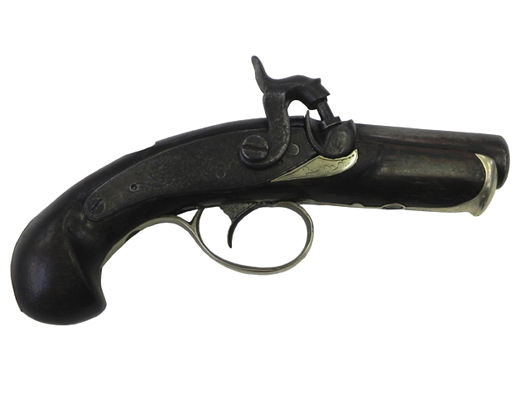 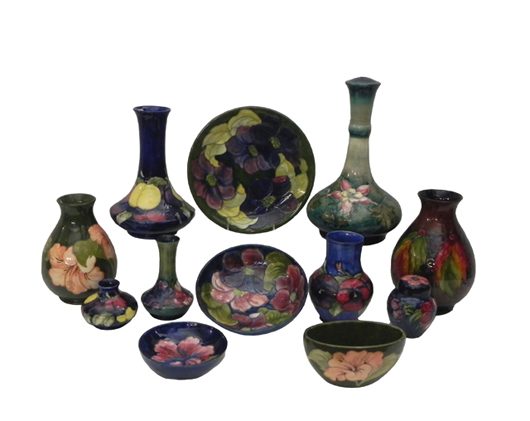 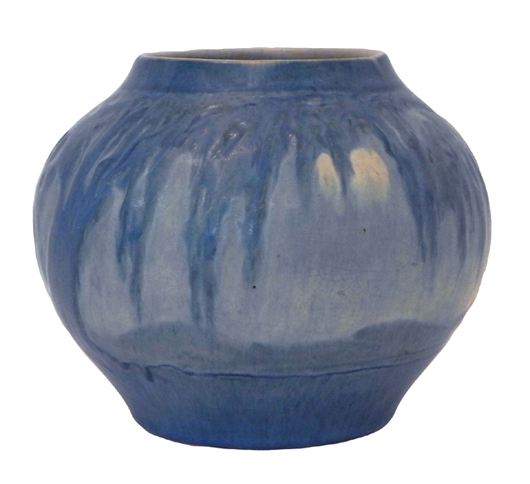 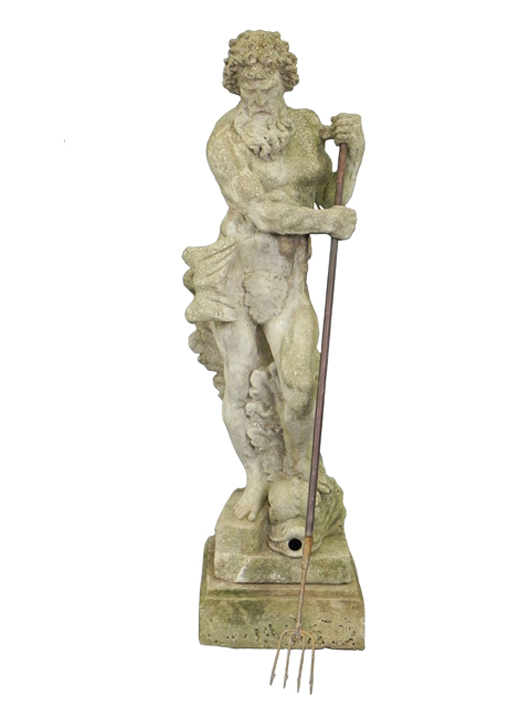