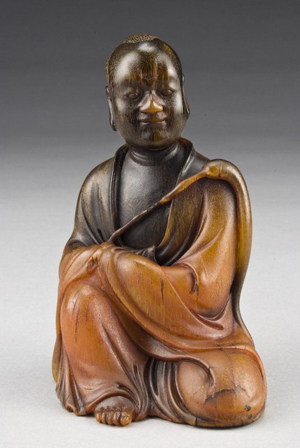 Carved of rhino horn in the 19th or early 20th century, this Chinese Luohan was part of an important New York collection. The figure is 4 3/4 inches high. It has a $20,000-$40,000 estimate. Image courtesy Dallas Auction Gallery.

Last year the family-owned company saw a marked increase in the demand for Asian art, furniture and pottery at auction with many pieces selling well over their estimated selling value.

“Asian items are among the hottest selling items we auction,” said Scott Shuford, president of Dallas Auction Gallery. “Our auctions pull a large international audience, specifically from the Asia region, and at any time we can have bidders from over 35 different countries in addition to our loyal local following.” 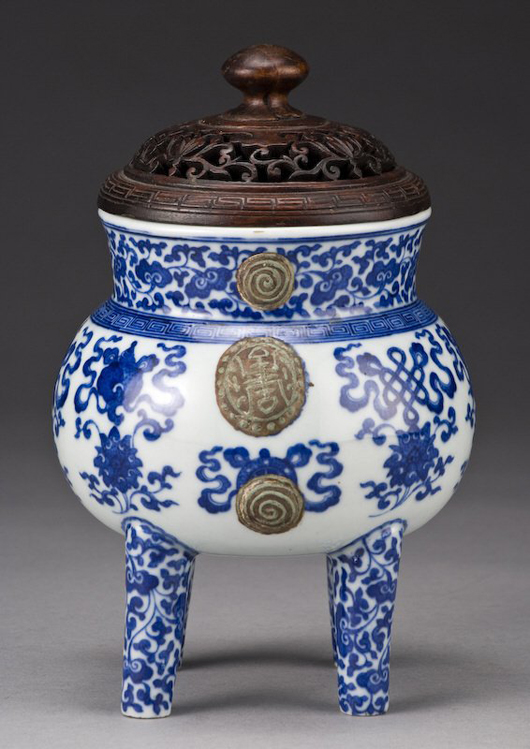 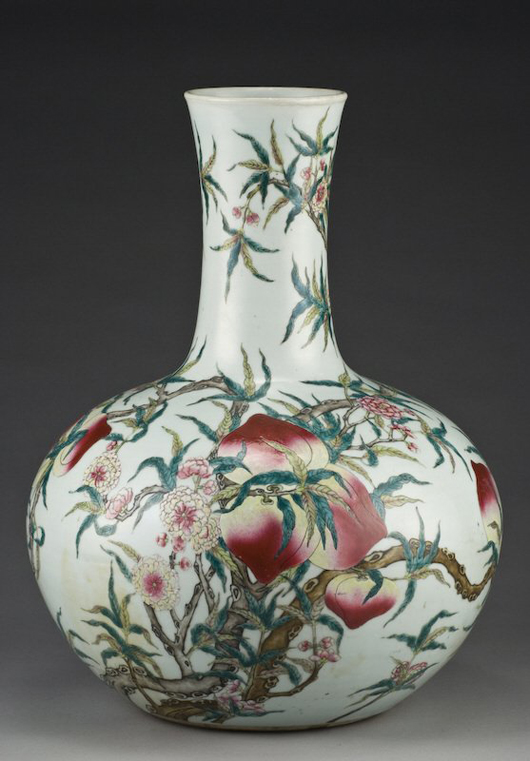 The nine peaches on a tree, the symbol of longevity, decorate this 20 1/4-inch-high Chinese Qing Famille Rose porcelain Tianqiu vase, which dates to the 19th century. It has a $8,000-$12,000 estimate. Image courtesy Dallas Auction Gallery. 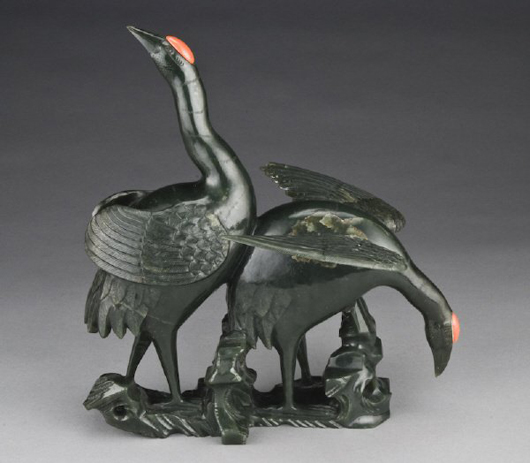 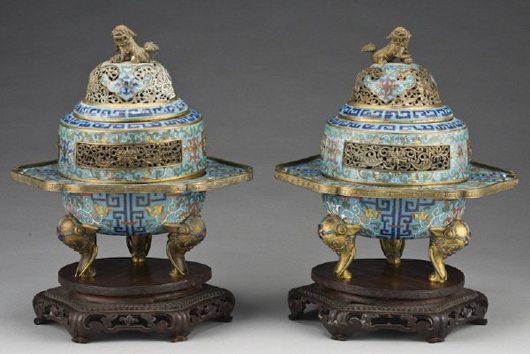 Lars Klingstedt artwork to be auctioned for cancer charity