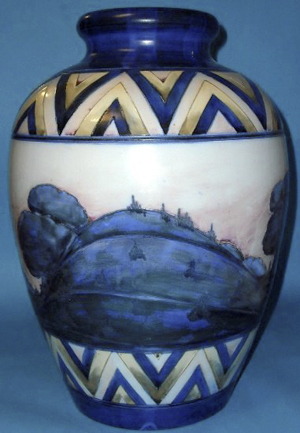 STOKE ON TRENT, U.K. – When you’re in the market for British art pottery, it can pay to go straight to the source – England’s Midlands region, where the legendary potteries of Stoke on Trent began their rich histories. Aside from the pottery works themselves, the area is home to another important resource: Potteries Antique Centre, where you’ll find PSA – Potteries Specialist Auctions. Their name describes their business in a nutshell. They are an auction house whose métier is 20th-century ceramics, and their track record includes racking up world auction records for prices achieved on Royal Doulton, Beswick, Wade and Carlton Ware.

There’s no need to travel internationally to bid in PSA’s sales. They ship worldwide, and you can bid to your heart’s content online through LiveAuctioneers.com.

PSA’s next sale, scheduled for Wednesday, July 8, consists of 686 lots of excellent antique and vintage pottery. Our top pick in this sale is a 15¾-inch Moorcroft vase decorated in the Dawn Landscape motif. Executed in vibrant cobalt blue on white, the handsome vessel is estimated at $4,000-$8,075.

Those who collect figural pottery might want to wave a red flag at the Beswick Galloway Bull entered in the sale. It’s expected to fetch $2,400-$4,000.

Among the Royal Doulton wares, two leading entries are the rare character jugs depicting Pearly Boy and Pearly Girl. The characters represent London Cockneys in their tradition costumes covered in mother-ofpearl buttons – hence the reference to “pearly.” These costumes are treasured heirlooms, hand made and passed down through generations of East London families.

According to one account, the Pearlies were derived from costermongers – London fruit vendors – who sewed pearl buttons onto their clothing in fancy patterns. An orphan costermonger named Henry Croft collected any pearl buttons that had fallen off others’ clothes and covered his own clothing with them.
Another story claims that in the 1880s a cargo of Japanese pearl buttons was salvaged from the River Thames after the boat carrying it foundered. One of the salvagers, Henry Croft, decorated his suit, hat and stick with pearl buttons, making him the first pearly king.

The Pearlies were originally elected by costermongers to safeguard their rights from rivals. Modern Pearlies, who belong to 28 families – one for each borough of London – now concentrate on charitable activities, but they perpetuate the coveted titles of Pearly King and Pearly Queen as their ancestors did, through inheritance only.

For additional information on any lot in the July 8 auction, call Potteries Specialist Auctions at 011 44 7831 855683. To view the fully illustrated catalog and to sign up to bid absentee or live via the Internet on auction day, visit www.LiveAuctioneers.com. 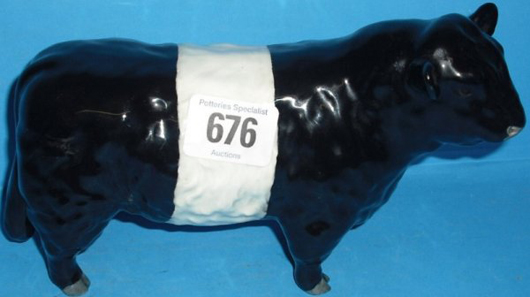 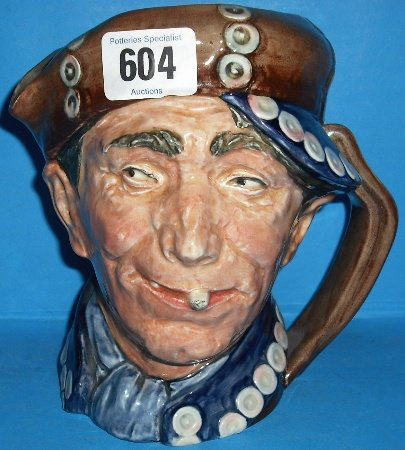 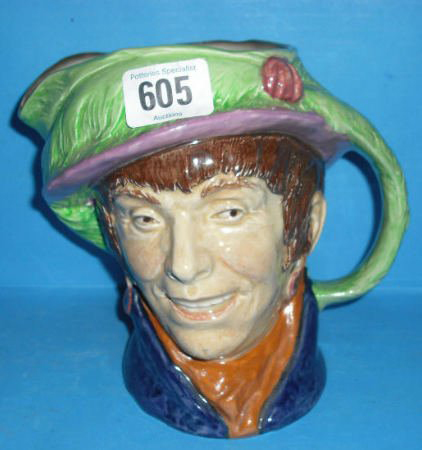