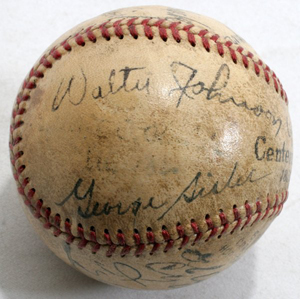 Walter Johnson and George Sisler were among the first players inducted into the Baseball Hall of Fame. Image courtesy DuMouchelles.

DETROIT – A weekend series of auctions beginning May 15 at DuMouchelles will lead off with a collection of baseball-related autographs, including a ball signed by Hall of Famers at the first induction ceremony in 1939. Additional autographs to be sold on the opening day include the Beatles and former U.S. presidents. LiveAuctioneers.com will provide Internet live bidding. The auction will start Friday at 6:30 p.m.

While elections for the Baseball Hall of Fame began in 1936, the first induction at Cooperstown, N.Y., was not held until 1939. The living members of the Hall of Fame inaugural class consisting of Babe Ruth, Ty Cobb, Honus Wagner, Cy Young, Walter Johnson, Tris Speaker, Eddie Collins, Larry Lajoie, Grover Cleveland Alexander, Connie Mack and George Sisler all signed the “Official Centennial League 1839-1939” baseball. It is dated June 12, 1939. DuMouchelles has set the estimate at $10,000-$15,000, however, a photograph of the inaugural class of Hall of Famers autographed by all but Cobb, sold at Sotheby’s in 1999 for $63,000.

Babe Ruth’s iconic autograph is on another team-signed baseball in the sale. This one commemorates the 1934 American League All-Star Team’s tour of Japan. Among the signatures on the “Davega Sports Liberty League” baseball is that of backup catcher Moe Berg, who was also a spy for the U.S. government. The ball has a $3,000-$5,000 estimate.

The Beatles’ “White Album,” autographed by each member of the group above his picture on the inside cover has generated much interest. The lot, which also includes unsigned publicity prints of the band and both records, has a $1,000-$2,000 estimate.

Saturday’s sale will begin at 11 a.m. and include an 18th-century American highboy, probably New Hampshire. Standing 65 inches high and 39 inches wide, the two-piece maple highboy has a $12,000-$14,000 estimate.

Antiquarian books, art and decorative arts from several prominent Detroit area estates will cross the auction block Sunday, May 17, which begins at noon.

The auction will be conducted at the DuMouchelles galleries 409 E. Jefferson Ave. in Detroit. For information phone 313-963-6255. To view the fully illustrated catalogs for the DuMouchelles auction, or to sign up to bid absentee or live via the Internet, click here: 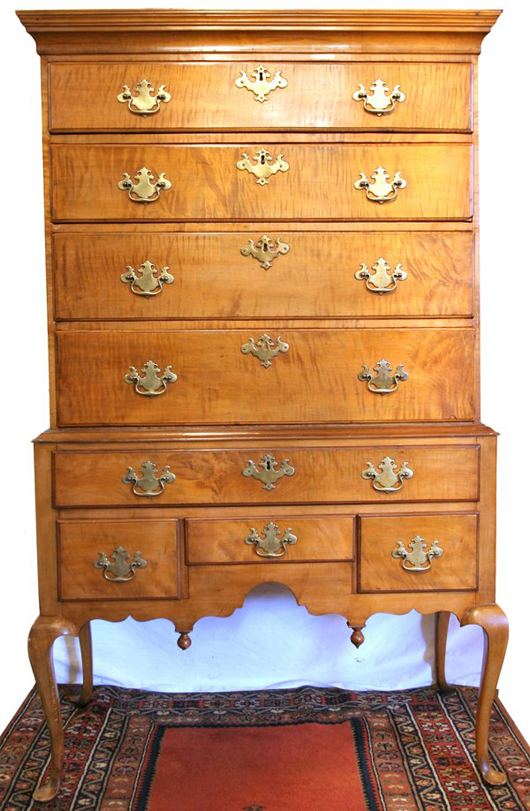 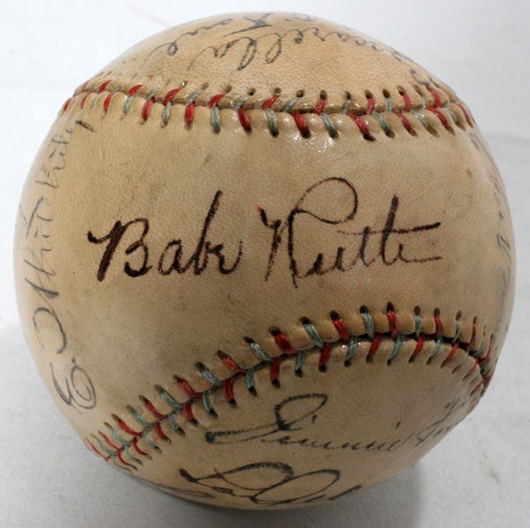 Although Babe Ruth had played his last game with the New York Yankees, he created a sensation among Japanese baseball fans while playing on an all-star team in November 1934. Ruth and 17 teammates signed this ball. Image courtesy DuMouchelles. 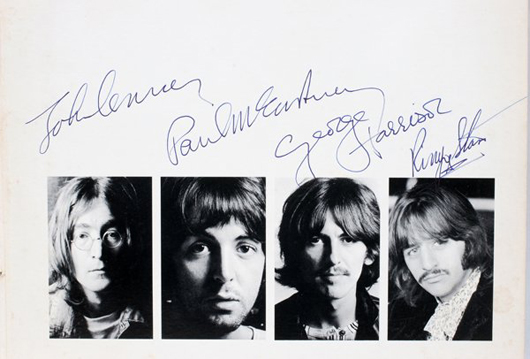 John, Paul, George and Ringo all autographed the inside cover of the Beatles’ ‘White Album’ above their pictures. Image courtesy DuMouchelles. 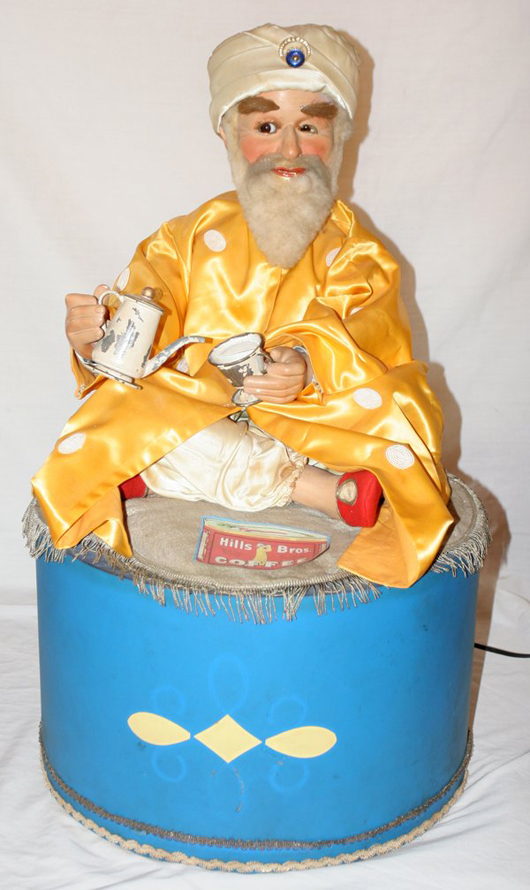 Hills Bros. promoted coffee sales with this early 1900s store display automaton. The 29-inch figure, which originally poured coffee from the pot to the cup, has a $2,000-$4,000 estimate. Image courtesy DuMouchelles. 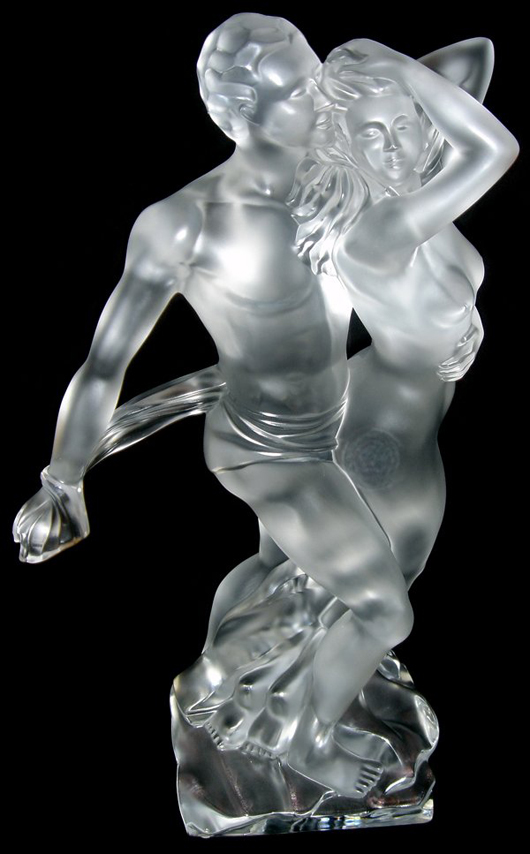 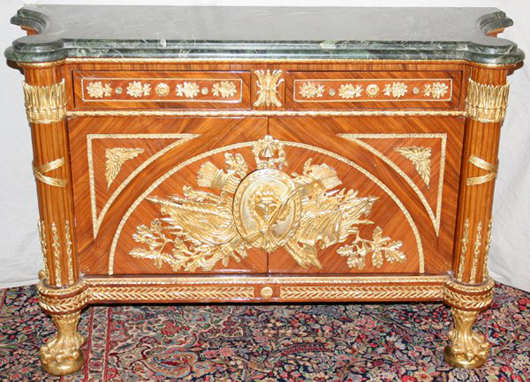 This French marbletop commode is crafted in kingwood and mahogany and has a $3,000-$4,000 estimate. Image courtesy DuMouchelles.