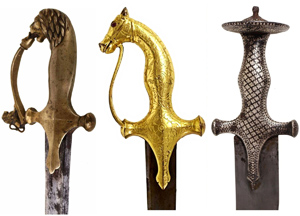 “Mr. Hanks is an antiques icon in Austin and always ahead of the next collecting trend,” said Austin Auction Gallery associate Chris Featherston. “He owns the city’s premier multi-dealer gallery and is known for his impeccable taste in European antiques and Mexican religious art, which he bought and sold for nearly 30 years before discovering the colonial treasures of Vietnam.”

Initially drawn to antiques after inheriting his grandfather’s lavishly furnished New York apartment in the 1970s, Hanks made dozens of trips to Europe in pursuit of architectural antiques. “He would bring back spectacular stained glass and monumental mirrors, similar to the 8½-foot-tall gold leaf mirror with a carved putto and wolves’ heads that’s included in the June sale,” said Featherston.

The auction’s inventory list is also rife with evidence of Hanks’ attraction to offbeat items that aren’t standard fare in an antique gallery – things like the 30 to 40 antique terra-cotta olive jars acquired in northern Spain, each of substantial heft and standing 3½ feet tall. “If Mr. Hanks saw something he knew was special and there was a shipping container large enough to accommodate it, he would buy it,” Featherston said.

Whit Hanks’ appreciation for religious icons began in the 1980s, Featherston said, and some of his purchases were made at sales conducted by Austin Auction Gallery. “At that time, we’ve been told that it was possible to buy retablos in Mexico, six for $10. The interest in these objects was not all that great back then, but now those same retablos may be valued at $2,000 to $3,000 apiece.”

In 2007, while visiting his son who lives in Asia, Hanks discovered and made an immediate connection with the French-influenced religious antiques and architecture of Vietnam. He began to buy the relics with the same fervor that spurred his earlier trips to Europe and Mexico. Now headed to auction, the Asian collection includes more than 40 antique French colonial statues up to 45 inches tall, several relief-carved religious panels – one of them after a 15th-century Italian painting – carved altar adornments and stone heads; and a compartmented Vietnamese marriage box with lacquered faux-tortoiseshell lid. These beautiful artworks would find a fitting home in either of the two French religious cabinets to be auctioned.

A consignment that came in just under the wire proved to be the perfect complement to the Hanks religious relics collection: a pair of monumental parcel gilt and polychrome-painted carved-wood statues of St. Michael the Archangel. Both statues are the work of contemporary Mexican artist Agustin Parra Echaurri (Mexico, b. 1960-). One of the statues stands 9ft. 11 inches tall and depicts St. Michael wielding a sword in a dramatic pose. The companion piece, which stands 9ft. 5 inches tall, is a depiction of St. Michael standing with his foot atop the head of Lucifer, after a painting by Guido Reni (1575-1642). Each of these exceptional 20th-century artworks is artist-signed “A. Parra.” They will be offered as separate lots, each with a presale estimate of $10,000-$15,000.

The sale also features property from several distinguished estates, including art and ivory from the Marshall estate, formerly of New Orleans. Thirty pieces of Chinese and Japanese ivory will cross the auction block, including an extraordinary chess set whose “kings” each measure 12 inches tall, a profusely carved censer on tripod feet, and other fine carvings featuring deities and elders. A walking cane collection includes examples that are entirely of ivory as well as some that feature carved-ivory heads of dogs and other creatures.

A small but highly select collection of swords includes an early 19th-century showstopper of Indo-Persian origin. The sword’s decorative gilt grip and guard terminate in a three-dimensional horse-head form with jeweled ruby eyes. A foliate-decorated scabbard completes the regal presentation of this connoisseur’s edged weapon.

In the fine-art section of the sale, one of the most sought-after names in Texas regional art, Julian Onderdonk (1882-1922), is represented by a signed, oil-on-canvas landscape painting of a quintessential Hill Country scene. Handsomely framed, the artwork titled Springtime II, Texas, Bexar County measures 11¼ inches by 8½ inches and is additionally signed and titled on verso.

The furniture category is led by a circa-1880 Eastlake bedroom suite with marble-top dresser, a Victorian half-tester bed, and numerous pieces of French furniture, including a large oak vasselier.

An Italian crystal chandelier of near-diamond shape has a drop length of 38 inches and a width of 34 inches. Another lot expected to light up the gallery on auction day is the late-19th-century bronze chandelier with six lights on arms formed as winged griffins.

Additional items of note include a pair of marble lions that formerly guarded the entrance to a palace in India, 2-ft.-tall Murano millefiori glass eggs converted to lamps, several 18th-century French clocks, a pietre dure table, a circa-1900 Ernst Plank (Germany) magic lantern with 23 colored-glass slides, and a selection of Native-American art highlighted by a circa 1200 A.D. to 1350 A.D. Southwestern pottery bowl. An actual cage-style elevator from a Paris building would be a guaranteed conversation-starter in any home.

All forms of bidding will be available for Austin Auction Gallery’s June 26-27 East Meets West sale, including live via the Internet through LiveAuctioneers.com. For additional information on any item in the sale, call 512-258-5479 or e-mail info@austinauction.com. 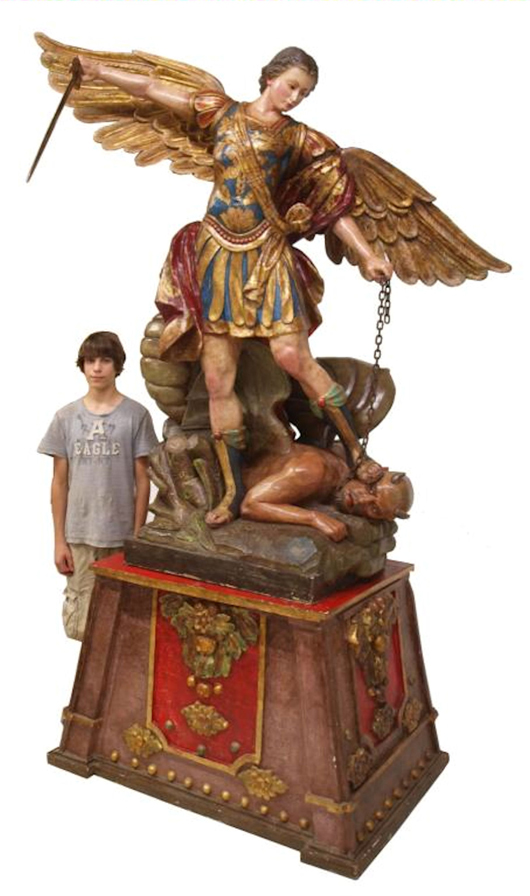 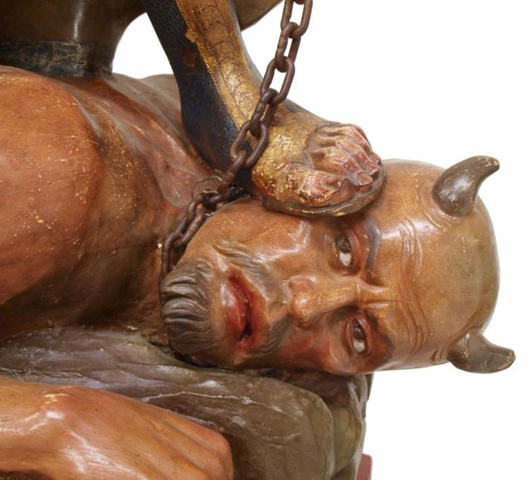 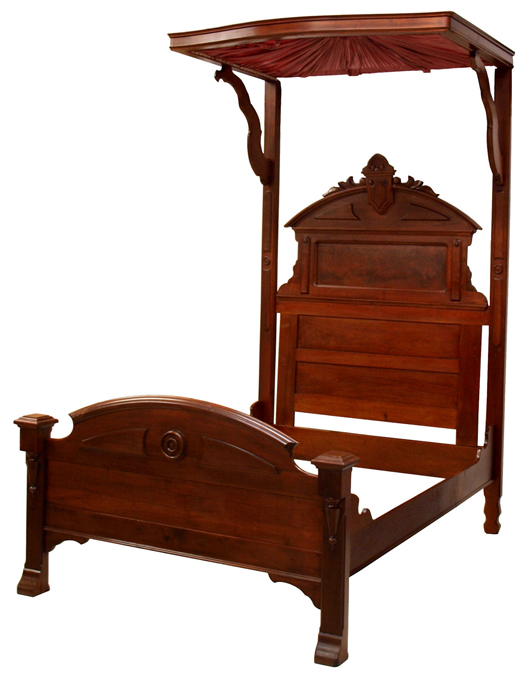 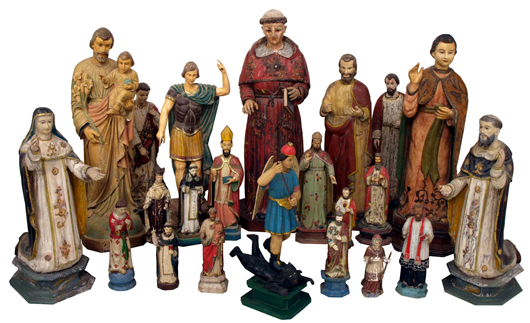 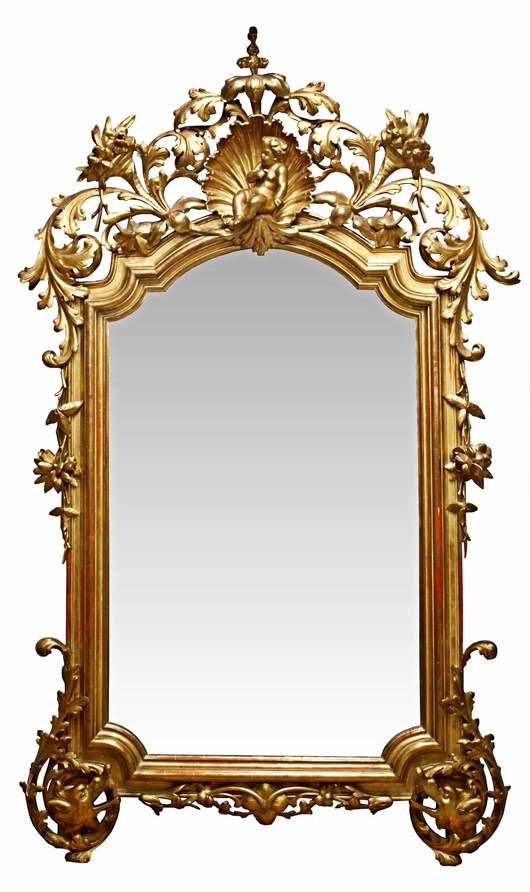 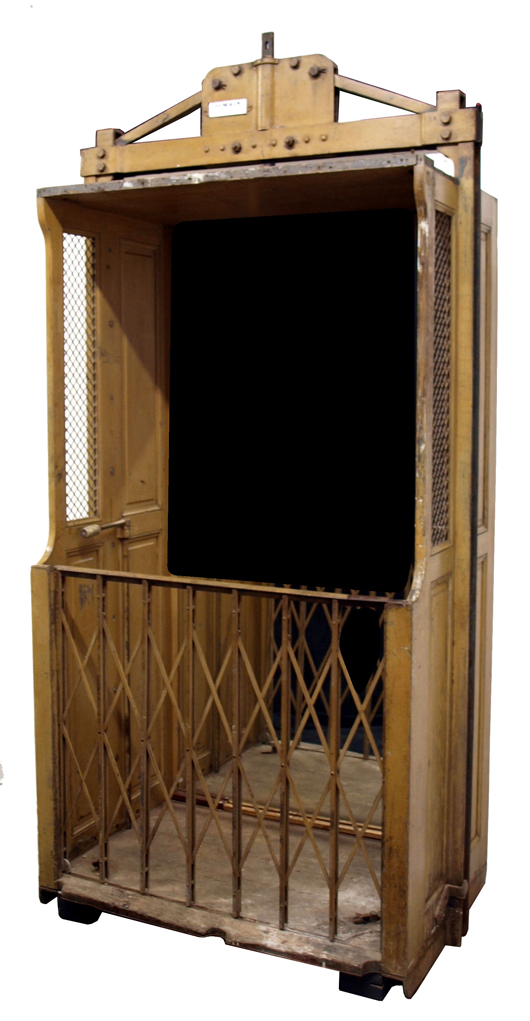 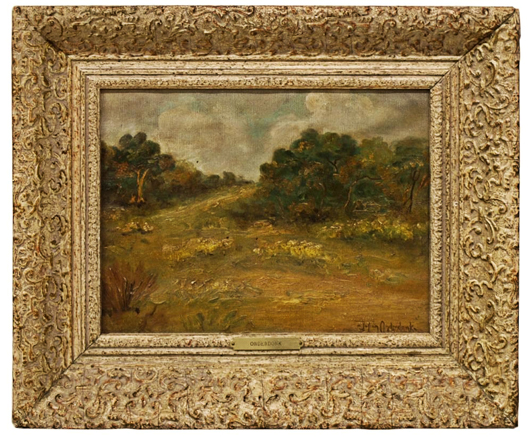 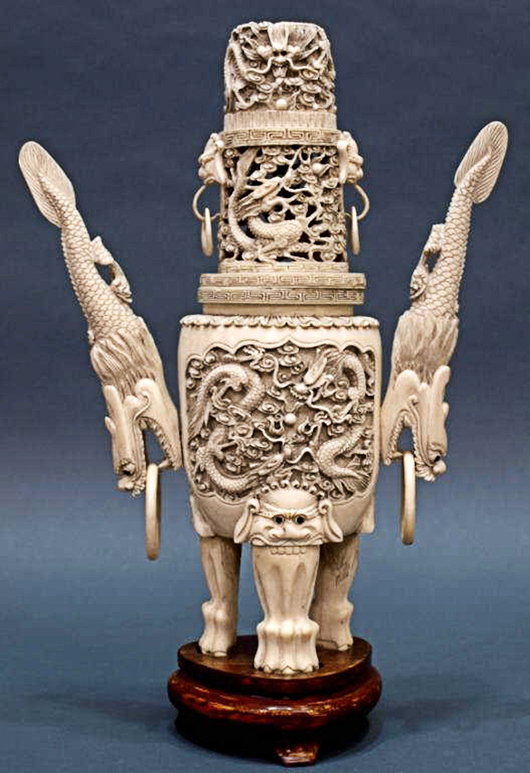 An extensive selection of carved Chinese and Japanese ivories will be auctioned. Shown here is a tripodal censer with dragon motif. Austin Auction Gallery image. 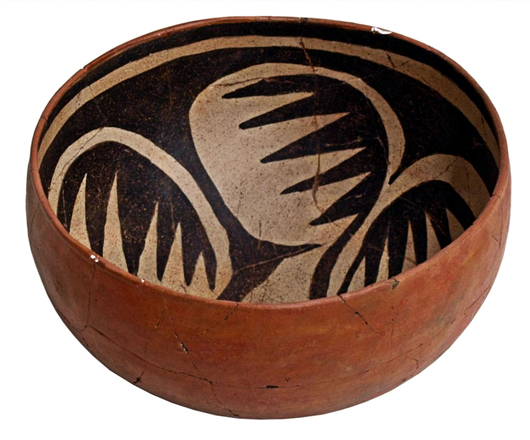 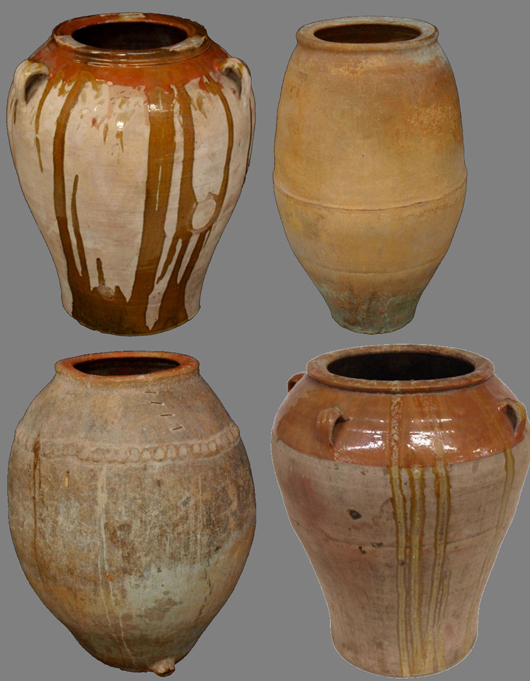 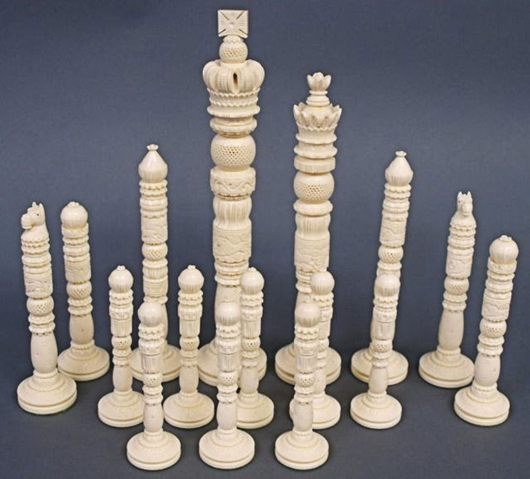 Pittsburgh to be second stop for Vatican art show