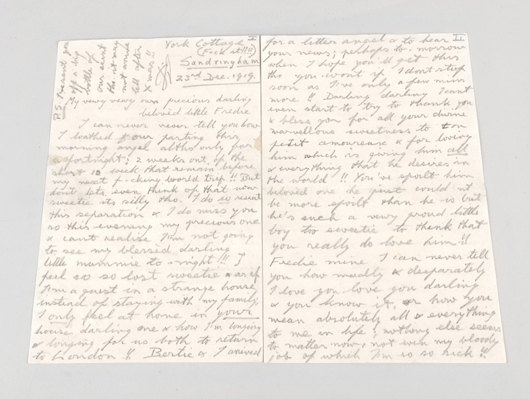 BIRMINGHAM, UK – Fellows’ auction of antiques and fine art on Monday, March 30, will offer the rare opportunity to own a “secret gem,” giving the buyer insight into the private life of a former king of England – featuring a scandalous affair.

Lot 411 features a handwritten love letter from former Prince of Wales and King Edward VIII to his mistress, Freda Dudley Ward, estranged wife of a Liberal member of parliament. This letter, dated Dec. 23, 1919, portrays a man frustrated to abandon his lover over Christmas for work commitments. Writing only hours after their parting, he passionately describes his hatred for leaving her on the train platform that morning, and his longing for her reply. The prince describes his Royal duties as “tedious chores,” tearing him away from his love and one person in the world he feels at home with.

A similar letter, consigned by a different vendor, was sold by Fellows for £5,100 in November 2013.

Fellows expects great interest in this next, four-page, instalment, addressed to his “vewy vewy own precious darling beloved little Fredie.” The present letter has been consigned by a different private vendor, and if anything is even more explosive.

Edward wrote to his mistress frequently throughout their relationship, each letter filled with as much passion and infatuation as the last. A collection were kept and preserved by Freda’s family, of which now single letters occasionally appear on the open market.

Wearing the crown for less than a year, Edward VIII famously abdicated to marry the American divorcee, Wallace Simpson. However, it is his previous affair, with Freda, which has been revealed to the world through secret handwritten love letters to his mistress. Now etched into the gossip pages of royal history, the love letters give a rare glimpse of the innermost private lives of the British monarchy, and furthermore of a man completely besotted with his lover.

From secrets of the British monarchy to items of fine porcelain from the Orient, another highlight from the auction is a selection of Chinese porcelain including a stunning Chinese Ming-style bottle vase. Featuring elegant blue and white foliate decoration to the whole, this vase is sure to attract some international attention.

A collection of clocks to be offered will be of interest to all collectors and horologists, but furthermore, even magicians and illusionists will find something to catch their eye; a rare mid-19th century French “mystery clock” by clock maker and illusionist Jean Eugène Robert-Houdin. Houdin’s mystery clocks amazed and astounded spectators upon their first release with their seemingly invisible movements. These illusions captivated young Hungarian-American illusionist Ehrich Weiss and even provided the inspiration behind his stage name Harry Houdini.

For the collectors and engineers out there, a good live steam scale model “Showman’s” type Ransomes Sims & Jefferies traction engine is definitely a lot consider. Ransomes, Sims & Jefferies was founded in Ipswich in 1789 by Robert Ransome. His patents for cast-iron plough shares, chilled cast-iron and interchangeable plough parts formed the foundations for the firm’s success.

The auction will also offer an interesting assortment of curios and beautiful works of art, including an African carved wooden tribal mask, an impressive bronze eagle by Mark Rudolf Coreth, a fine selection of microscopes such as a good 19th century example by Henry Crouch of London, and superb pair of Royal Worcester porcelain vases painted by Harry Davis. 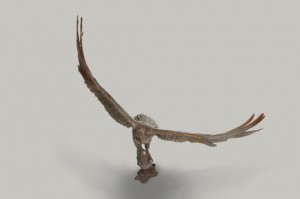 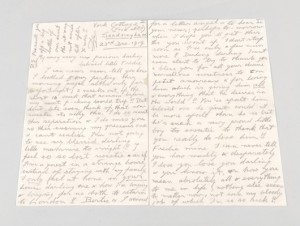 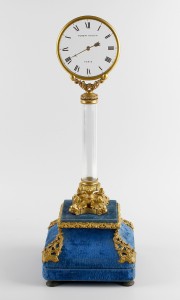 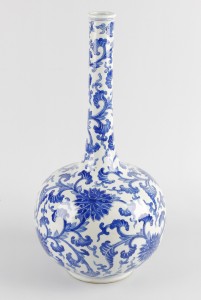 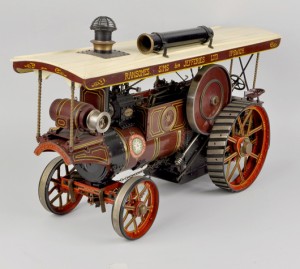 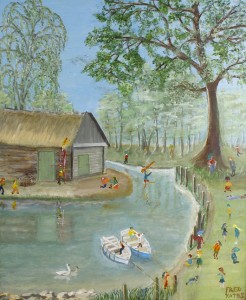