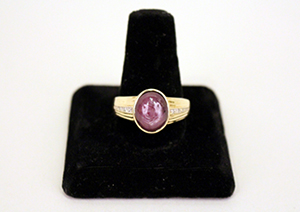 ATLANTA – A star ruby and diamond spiritual ring owned and worn by Elvis Presley, a four-string banjo owned and played by George Harrison of the Beatles and a rare Civil War 36-star “general’s guide” flag made by Tiffany & Co. are just a few of the star lots slated to come up for bid at Ahlers & Ogletree’s Fall Estates Auction on Sunday, Oct. 6.

The auction will begin promptly at 11 a.m. Eastern at Ahler’s & Ogletree’s spacious gallery in Atlanta. LiveAuctioneers.com will provide Internet live bidding. In all, about 600 lots will be sold, in a rainbow of categories to include fine art, Asian objects, period furniture, estate jewelry, Old Paris and Ridgway porcelain, fine silver, chandeliers, Persian rugs, Beatles fan memorabilia and more.

The Elvis Presley star ruby and diamond spiritual ring was originally given to Presley on a visit to the Self-Realization Fellowship as a gift by Hindu founder Paramahansa Yogananda. Elvis later gifted the ring in 1976 to his bodyguard, Sam Thompson, whose sister Linda, Presley dated for more than four years. The ring comes with a signed affidavit from Thompson.

The George Harrison four-string banjo is indistinctly marked on the headpiece, with only the word “London” legible. The banjo, however, comes with a hang tag, identifying the piece as “Lot 289” from Sotheby’s Carousel Sale held June 28, 1986, attesting to its authenticity. Interest in Beatles-related items continues to be strong.

The 36-star Civil War “national colors” flag, a “general’s guide” flag, was made circa 1864 by Tiffany & Co., which had contracted with the U.S. Army to make regimented guidons, flank markers and national colors flags for units, generals and state units. The flag being sold has no unit markings and is made of silk, with hand-embroidered gold stars, 24 inches by 37 inches.

Furniture items will feature an 18th century Biedermeier secretary with mother of pearl key escutcheons, impressive at 83 inches tall by 43 1/4 inches wide; and a pair of mother-of-pearl inlaid and gilt decorated lacquer papier-mache parlor chairs, each one having a back decorated with a pair of birds perched on a two-tiered fountain above a bursting bird and foliate design.

The sale will feature paintings by listed artists. Noteworthy lots include the following: a monumental watercolor, acrylic and charcoal on brown paper by the Dutch painter Han van Meegeren (1889-1947) titled Woman with Afghan Hound Dog, artist signed; an oil on canvas double-sided painting by Jean Mannheim (American, 1861-1945), with a landscape with poplars on the front and a figural scene of two women on the back; and an oil painting by Joseph Henry Sharp (American, 1859-1953), titled In the Doghouse, depicting a blonde little girl in a white dress and red hat, signed, dated and framed.

Bronzes will also be sold. Two lots to watch will be a large sculpture titled Skylark of a female trapeze artist by Victor Salmones (Mexican, 1937-1989), with the young woman shown in a back-bend over an aerial bar with one hand dropped behind her head parallel to her flowing hair; and a 26-inch-tall French bronze figure of Mercury, marked “Barbedienne Fondeur” (Foundry).

There will also be a fine Art Nouveau carved marble sculpture of a female nude, 21 inches tall and 27 inches long.

The Asian category will be highlighted by a carved hardstone reclining Quan Yin figure shown resting its hand and holding up its head, wearing a dark-colored robe accented in gold and decorated. The figure is 9 3/4 inches tall and sits on a rectangular plinth.

Other standouts are a Thomas Edison phonograph with hand-painted iris decoration in a slate-colored horn; a pair of bronze and marble handled urns with figural relief scenes of young Neoclassical women, marked “Barbedienne,” each 26 inches tall; and a Sevres bronze mounted center bowl with exterior scenes of a couple courting and two women picking fruit and flowers.

A buyer’s premium will be applied to all purchases made.

Ahlers & Ogletree is always accepting quality consignments for future auctions. To consign an item, an estate or a collection, phone 404-869-2478 or send an email to info@aandoauctions.com. 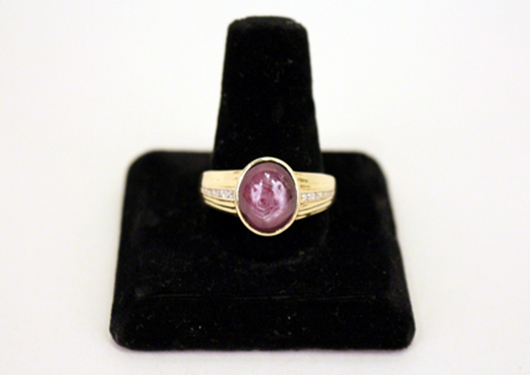 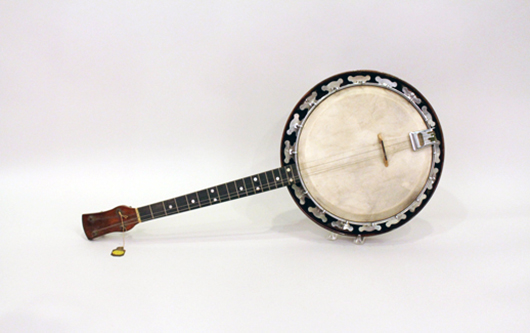 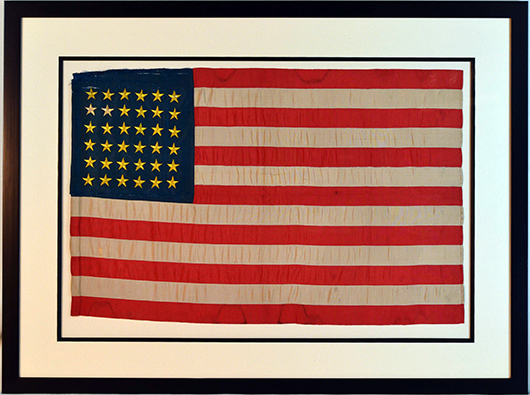 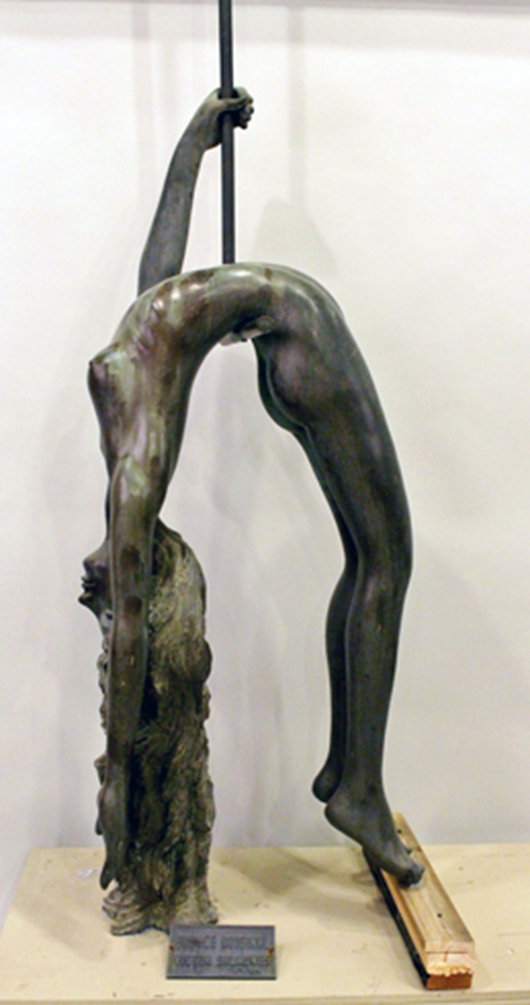 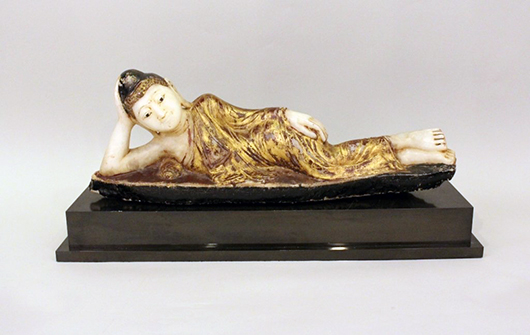 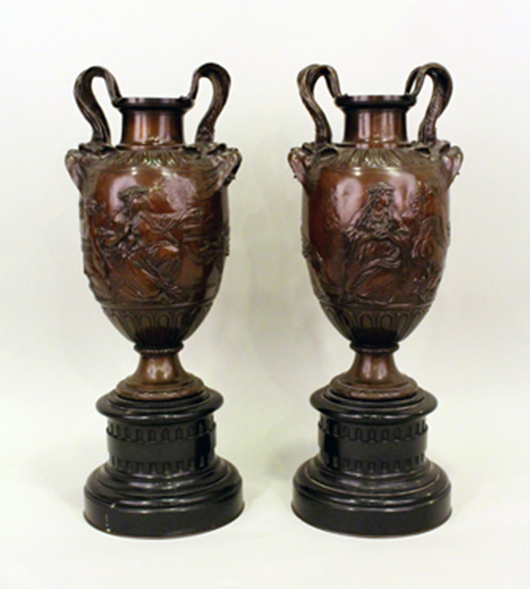 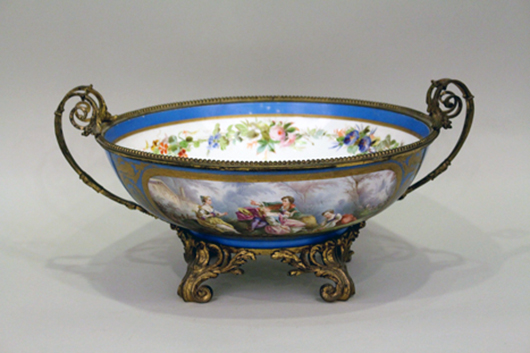