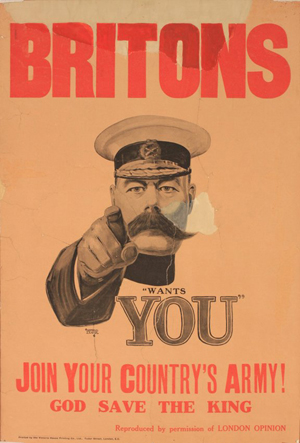 ‘Britons (Lord Kitchener) Wants You,’ original poster printed by Victoria House Printing Co., circa 1914, 75 x 51 cm. Considered to be the Holy Grail of historic British posters, this poster is being offered at auction for the first time since 1983. Estimate: £10,000-15,000. Onslows image.

STOURPAINE, UK – On July 9 Onslows will be offering for sale one of the most complete collections of World War I recruiting posters to have come on the market in 30 years. LiveAuctioneers.com will provide Internet live bidding.

The collection of nearly 200 posters was discovered in a house in Kent. The owners, who had inherited the collection some years before, had not fully appreciated what they had. Their interest in finding more about the posters was sparked with the centenary of the outbreak of World War I. When they looked more closely they realized they had a nearly complete collection of posters published by the Parliamentary Recruiting Committee between 1914 and 1916. A fascinating file of correspondence has come to light among the posters dating from 1917 to 1921. Documents show that the posters had belonged to the owner’s grandfather, who appears to have been involved in disposing of surplus posters on behalf of His Majesty’s Stationery Office to Libraries, Institutions and private individuals around the world.

With an inevitability of war approaching and an acute recruiting shortfall, by Aug. 7, 1914, Parliament had authorized an increase in the Army of half a million men. The Parliamentary Recruiting Committee was established in the reception room at 12 Downing Street on Aug. 31, 1914 composed of 32 members including 11 Conservative, seven Liberal and four Labor MPs. The PRC’s guiding principle was to use local party constituency organizations to assist the War Office in establishing orderly recruiting. A Publications Sub Department was set up to commission the posters with the HM Stationery Office overseeing the printing of the posters. In many cases the different printing companies commissioned came up with their own designs using in-house designers and in some case well-established artists. The posters were then passed as fit for purpose by the PRC. The output of many of the posters was vast, sometimes with print runs of tens of thousands.

The posters play on the conscience of the British public with some of the now famous slogans “Daddy What did you do in the Great War?” “England Expects Every Man to do his Duty,” “He’s Happy and Satisfied; Are You?” “Step into your place; We’re both needed to serve the guns!” and “Forward, Forward to Victory.” The majority of them are brightly pictorial, as the campaign for recruitment approached 1916 the compulsory enlistment of all fit men was looming, and the posters took a more sinister stark and to-the-point form with letterpress titles that did not hide their purpose. These include “Single Men First,” “More Men are Wanted,” “The Prime Ministers Pledge to Married Men,” “A Mere Promise to Enlist is of No Value” and “Single Men! Last Days for Voluntary Enlistment.”

The collection will be sold in separate lots and is expected to realize in excess of £20,000.

The also includes other Great War ephemera and original works of art, other posters including some rare World War I American propaganda including Howard Chandler Christy’s “Clear the Way.”

One of the most sought after posters in the Great War section of the auction is Paul Nash’s Leicester Galleries exhibition poster from 1918 were he showed the public for first time his powerful anti-war “Void of War “ pictures, this poster has rarely appeared for sale and is therefore difficult to value but it could sell for in excess of £5,000.

The Vintage posters section include three rare British Railways posters, an outstanding Edwardian Great Eastern Railway beach poster for Lowestoft in Suffolk, an evocative Great Western Railway poster for North Wales, and Borlase Smart’s Art Deco poster for St. Ives. We will also be offering three early Edward McKnight Kauffer posters from the London Underground Railways, “In Watford” is one the earliest know posters the young American artist designed for the company who’s advertising department was under the direction of the brilliant Frank Pick. It is estimated at £2,000-3,000. We will be offering a wide selection of other fine vintage posters including ocean liners, Continental travel, World War II propaganda and Shell Oil and Petrol. 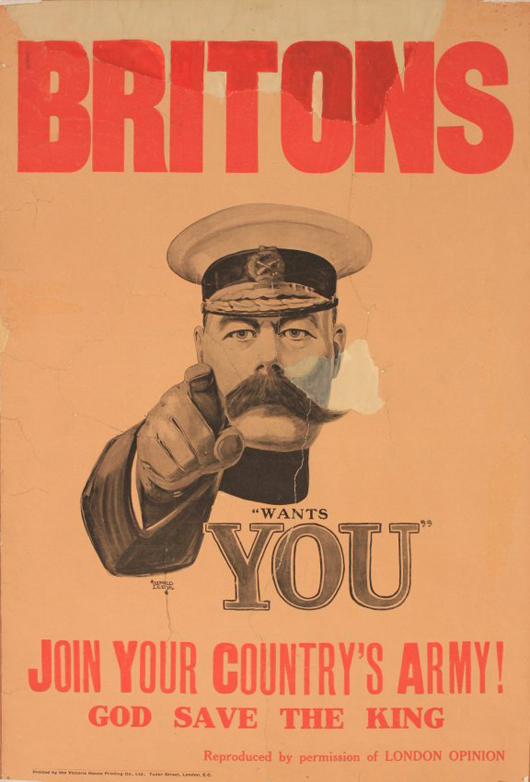 ‘Britons (Lord Kitchener) Wants You,’ original poster printed by Victoria House Printing Co., circa 1914, 75 x 51 cm. Considered to be the Holy Grail of historic British posters, this poster is being offered at auction for the first time since 1983. Estimate: £10,000-15,000. Onslows image. 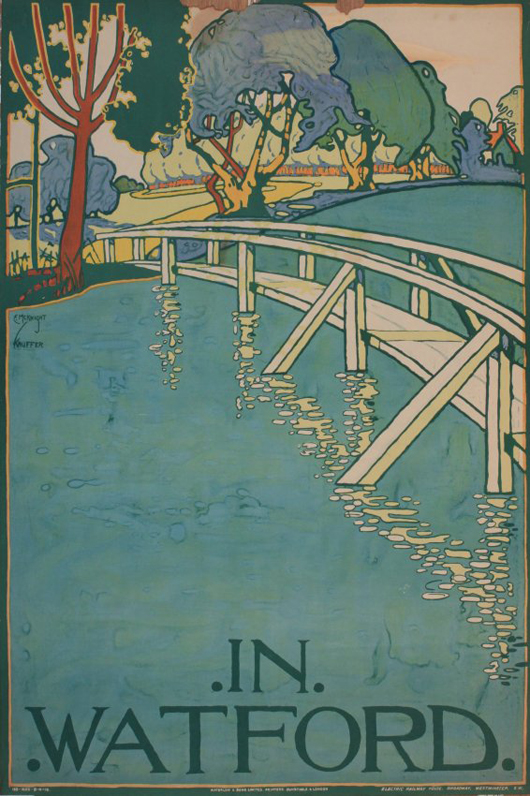 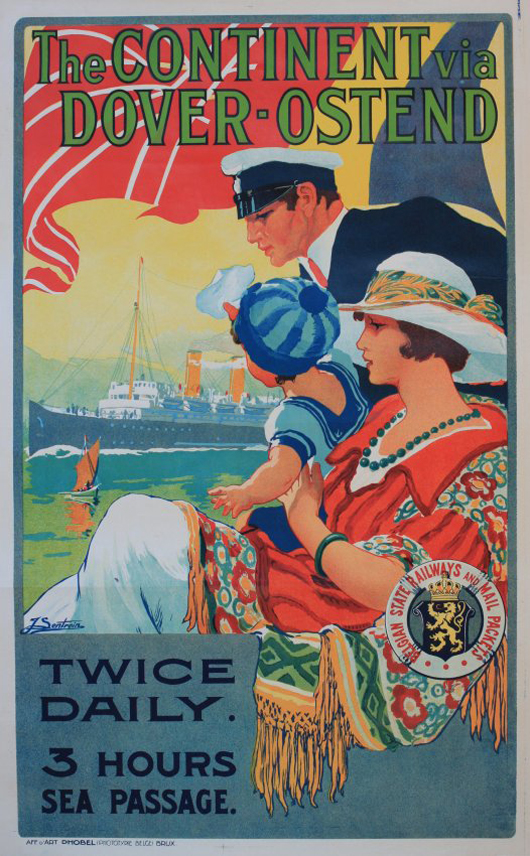 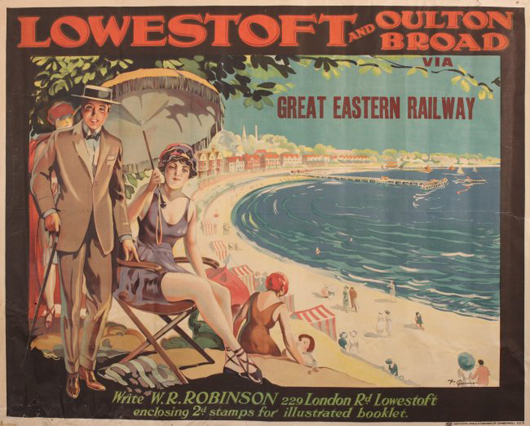 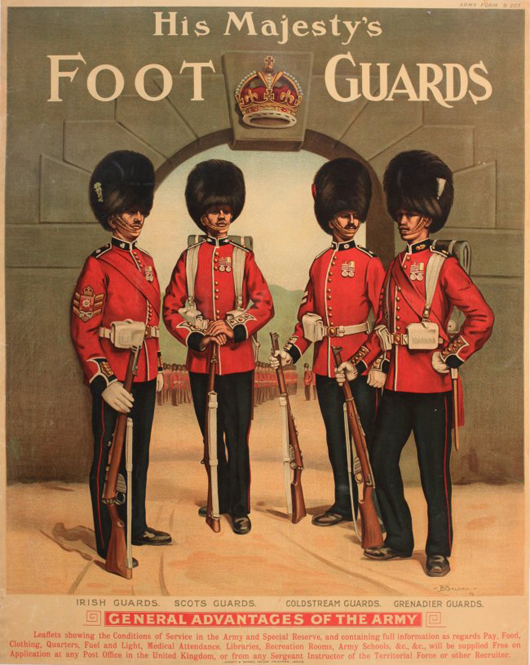 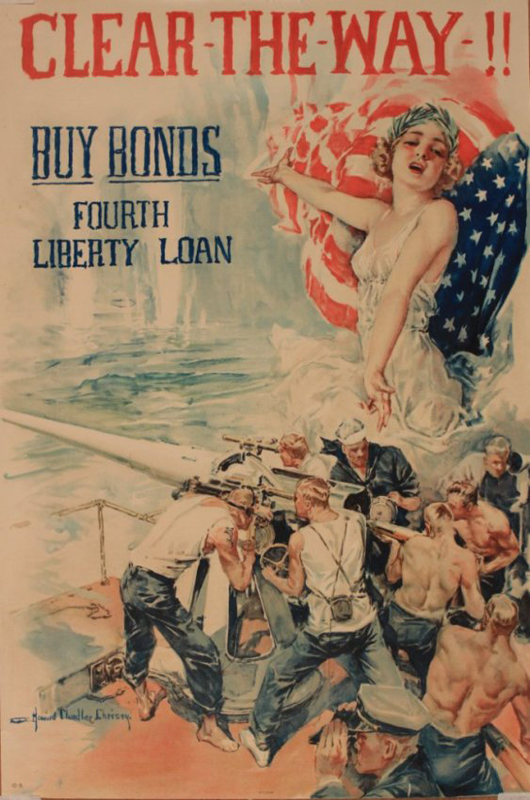 EBay shares drop with news that PayPal president will step down