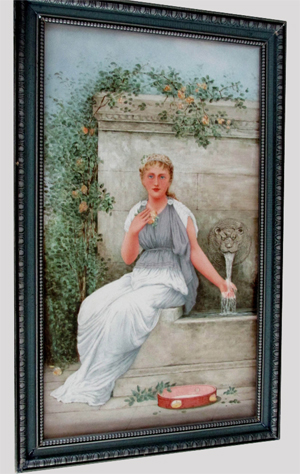 Painting on tile of garden scene, from the Estate of Elizabeth and Donald Bates. John W. Coker image

NEW MARKET, Tenn. – There wasn’t so much as a hint of Hatfields vs. McCoys in the case of two prominent antiquing couples from Tennessee whose estates will be auctioned on consecutive Saturdays, October 11 and 18. Shop owners for decades in the picturesque mountain community of Pigeon Forge, Roy and Carolyn McCarter were the friendliest of rivals with fellow antique dealers Elizabeth and Donald Bates. Purely by coincidence, the personal collections and estate contents of both couples were entrusted simultaneously to John W. Coker, who will conduct the on-site sales, with Internet live bidding through LiveAuctioneers. Everything will be sold without reserve.

“It was a fluke that these estates came to us the way they did,” Coker said. “I was working on the McCarter estate last spring, and while attempting to obtain some background information about a key piece of American furniture in that estate, I contacted Mrs. Bates, who was very helpful. But sadly, she later passed away, and her children called us to ask about selling their mother’s things. It was only later on, while looking through the ledgers for both couples, that we realized the trust the two couples had in each other. We would see notations where one couple had bid for the other if, for instance, there were two auctions going on during the same weekend.”

The October 11 auction of Carolyn McCarter and her late husband Roy will take place on the grounds of the modern log cabin they built at 2008 Thompson Rd., Knoxville, TN 37932. Its lofty ceilings were designed to accommodate monumental furniture, like their 1830s Alabama 9ft canopy bed, American triple-cylinder secretary and Margolis-style block-front chest on chest.

“The McCarters had a passion for early furniture and accessories, and Mr. McCarter had a fascination for old clocks. He owned many 1830s-1840s mantel clocks and turn of the century miniature wall clocks, which collectors are going to love,” said Coker. A circa 1880-1910 9-tube tall-case grandfather clock is another prized timekeeper from the McCarter private collection.

One of the most unusual pieces in the collection is a handcrafted coffee table created from a thick trapezoidal slab of wood, once used for meat cutting and curing, on four wood legs. “This is a very much a 19th-century Smoky Mountains piece. Everyone in that region had a smokehouse at some point,” Coker explained.

The estate contents and collections of the late Elizabeth and Donald Bates will cross the auction block on October 18, at 241 Ledwell Dr., Seymour, TN 37865. “Lib and Don were probably the best known couple in the antiques business in Sevier County. Their eclectic tastes ranged from ornate antiques and miniature portraits to American glass, jewelry and a 104-piece razor collection,” Coker said, “but the centerpiece of their estate is probably their 19 reverse-painted and scenic glass lamps, some by Pairpoint and Handel.” The colorful lamp motifs include floral, moonlight, campfire, exotic-landscape and water scenes.

“Mr. and Mrs. Bates owned many decorative antiques that tended toward the ornate and fancy side,” Coker said, “including Meissen, Dresden, Nippon, and Capodimonte lamps. They also liked cranberry glass, lusterware and figurines, some of which go beyond anyone’s wildest imagination. They’re really something special.” The Bates estate also contains a wealth of heavily inlaid furniture, including marble-topped Victorian pieces.

Historical highlights include an 1831 handwritten will in which a man bequeaths his plantation residence to his widow in Virginia, and leaves his slaves “and their children” to his brothers.

A multi-page hand-written letter from a Civil War soldier discusses doing KP for 1,500 men in his regiment. “His specific mention of cooking ham, beans, cornmeal and bacon suggests he was a Confederate soldier. Those foods were staples for Southern troops,” Coker noted. Within the poignant letter, the soldier writes that if he ever returns home he will “never leave again.”

A remarkable 1863 New Iberia muster roll handwritten by one “William Hancock” lists the names, salaries and personal details of African Americans who enlisted in the Union army presumably after the fall of Louisiana. “This is a completely unique historical document,” said Coker. “A Civil War or black Americana historian could have a field day investigating the names shown on it.

Donald Bates was especially fond of World War I and II militaria. “He was a real history buff and collected very interesting pieces pertaining to the two World Wars, including Nazi memorabilia. He also liked timepieces, and included in the Bates’ large selection of both men’s and women’s jewelry is a mystery watch with floating diamonds that tell the time. We’re still finding surprises, and quite a bit more will be added to the sale as we go along,” Coker said.

Both auctions will start at 10 a.m. EDT, and all items will be offered without reserve and sold to the highest bidder, regardless of the amount of the winning bid. For additional information on any item in either auction, call 865-475-5163 or email john@antiquesonline.com.

View the fully illustrated auction catalog and sign up to bid absentee or live via the Internet at LiveAuctioneers.com. 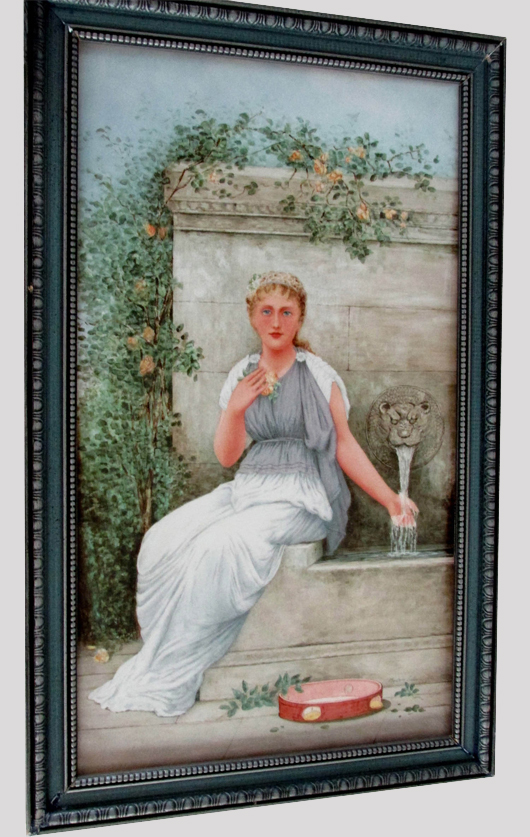 Painting on tile of garden scene, from the Estate of Elizabeth and Donald Bates. John W. Coker image 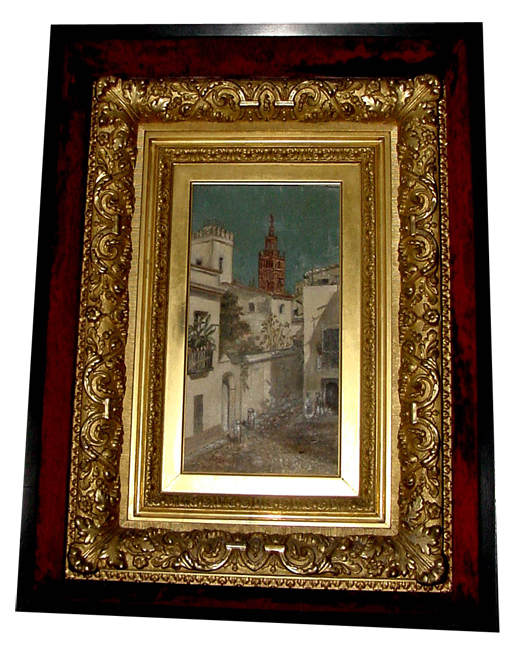 Anne H. Bradford, ‘A Street Scene in Seville,’ exhibited in 1890 at the National Academy of Design in New York City. Estate of Carolyn McCarter and the late Roy McCarter. John W. Coker image 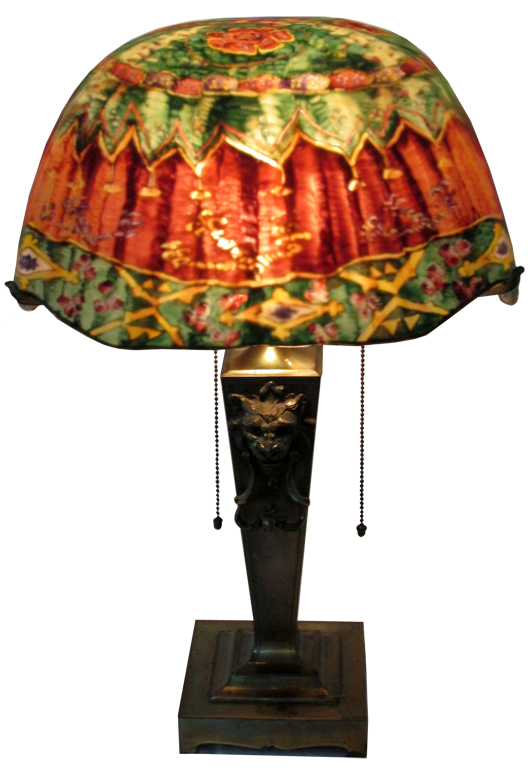 Pairpoint reverse-painted lamp, one of 19 art-glass lamps to be auctioned from the Estate of Elizabeth and Donald Bates. John W. Coker image 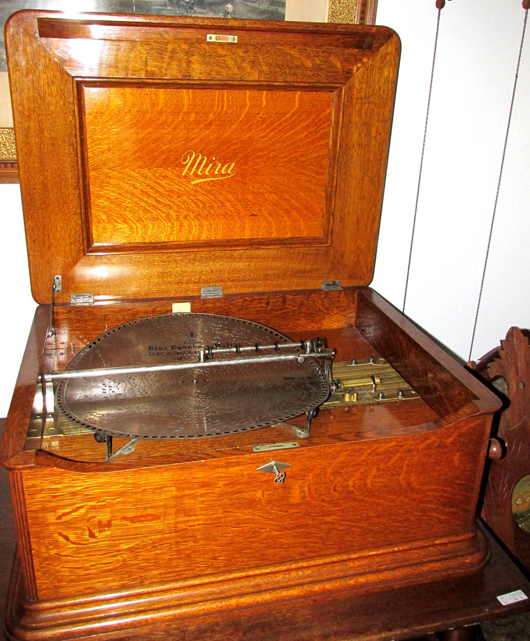 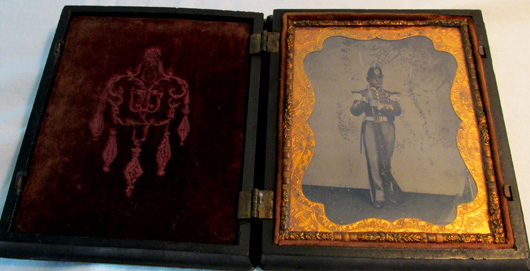 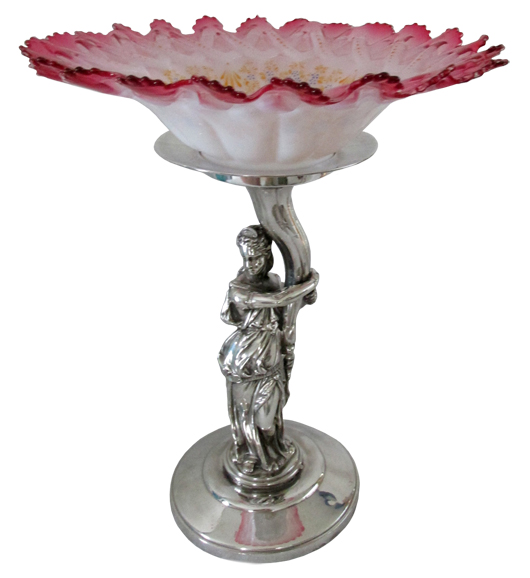 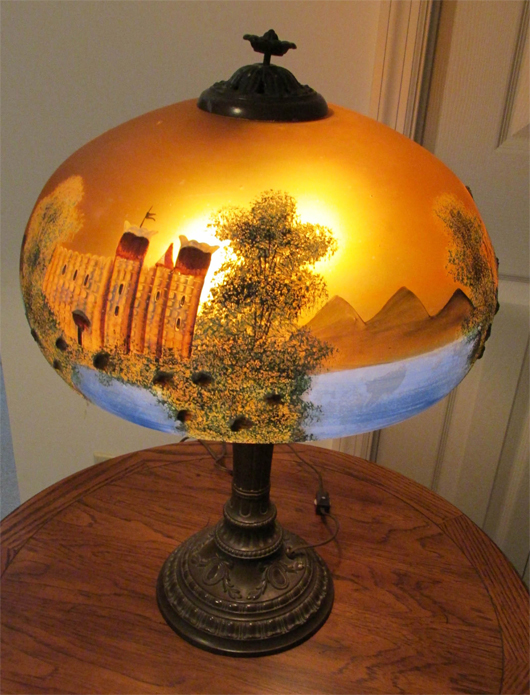 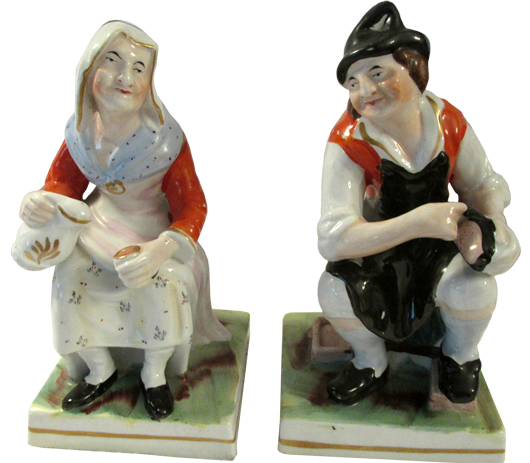 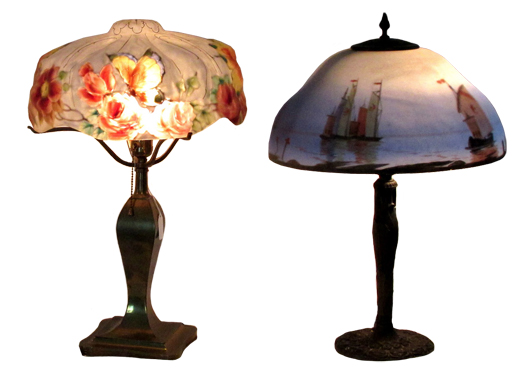 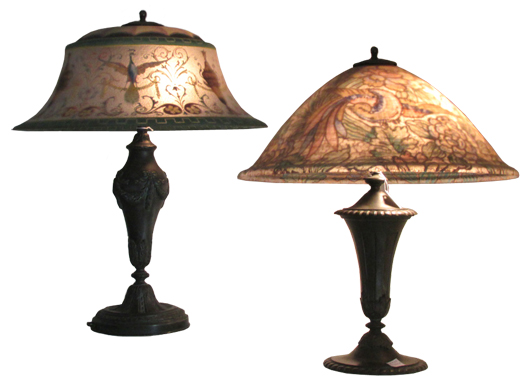 Reading the Streets: Hearts rain down from Gilf’s copters

Degas painting worth $7.6M stolen from home in Cyprus
Scroll to top