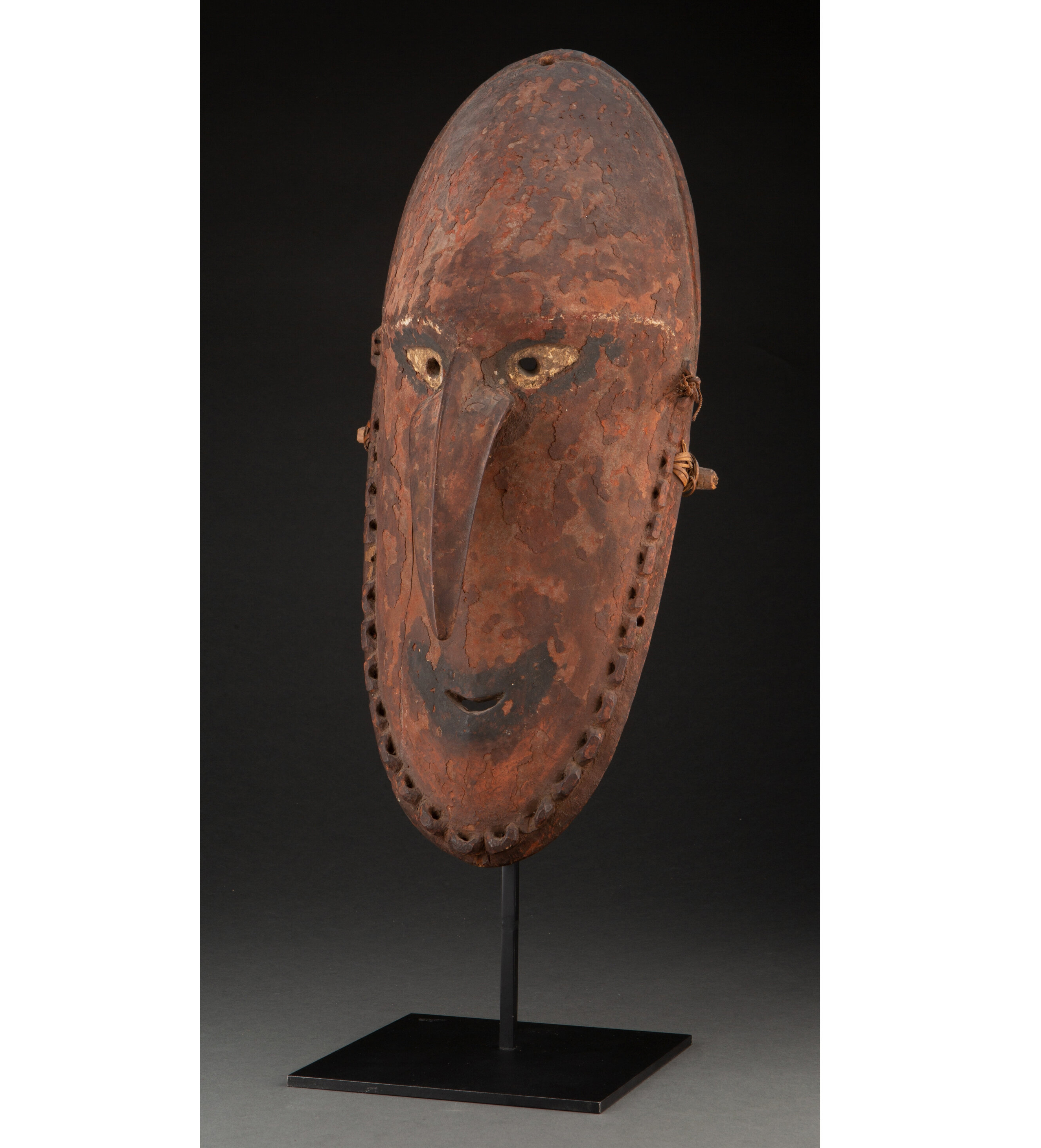 DALLAS – A Murik mask from Papua New Guinea and a Taino cohoba stand from the Dominican Republic each could bring $80,000 or more when they are sold in Heritage Auctions’ Ethnographic Art: American Indian, Pre-Columbian and Tribal Art Signature® Auction July 8. Absentee and Internet live bidding will be available through LiveAuctioneers.

The sale includes exceptional offerings from a number of categories, including beautiful Navajo weavings, eye-catching jewelry, Anasazi pottery and pre-Columbian gold and jade.

“This is a fantastic auction, with more than 600 lots, enough to appeal to a wide array of collectors,” said Ethnographic Art Director and American Indian Specialist at Heritage Auctions Delia Sullivan. “The popularity of Ethnographic art has grown steadily, and we are extremely excited to have been selected to help some magnificent items find new homes.”

The mid-19th-century Murik Mask, brag sebug, which is estimated at $60,000-$80,000, hails from the Murik Lagoon of the Coastal Sepik River. It is as impressive in size – it measures just under 23in high – as it is in aesthetic appearance. The warrior spirit mask has a rich history of owners, coming to Heritage from an important private New York collection, and it was once a part of the collection of Dr. Edmund Muller of Bromunster, Switzerland, who collected art brought back from expeditions in the 19th century. Muller was known for his eye for quality and authenticity during the early years of collecting tribal art in Europe. 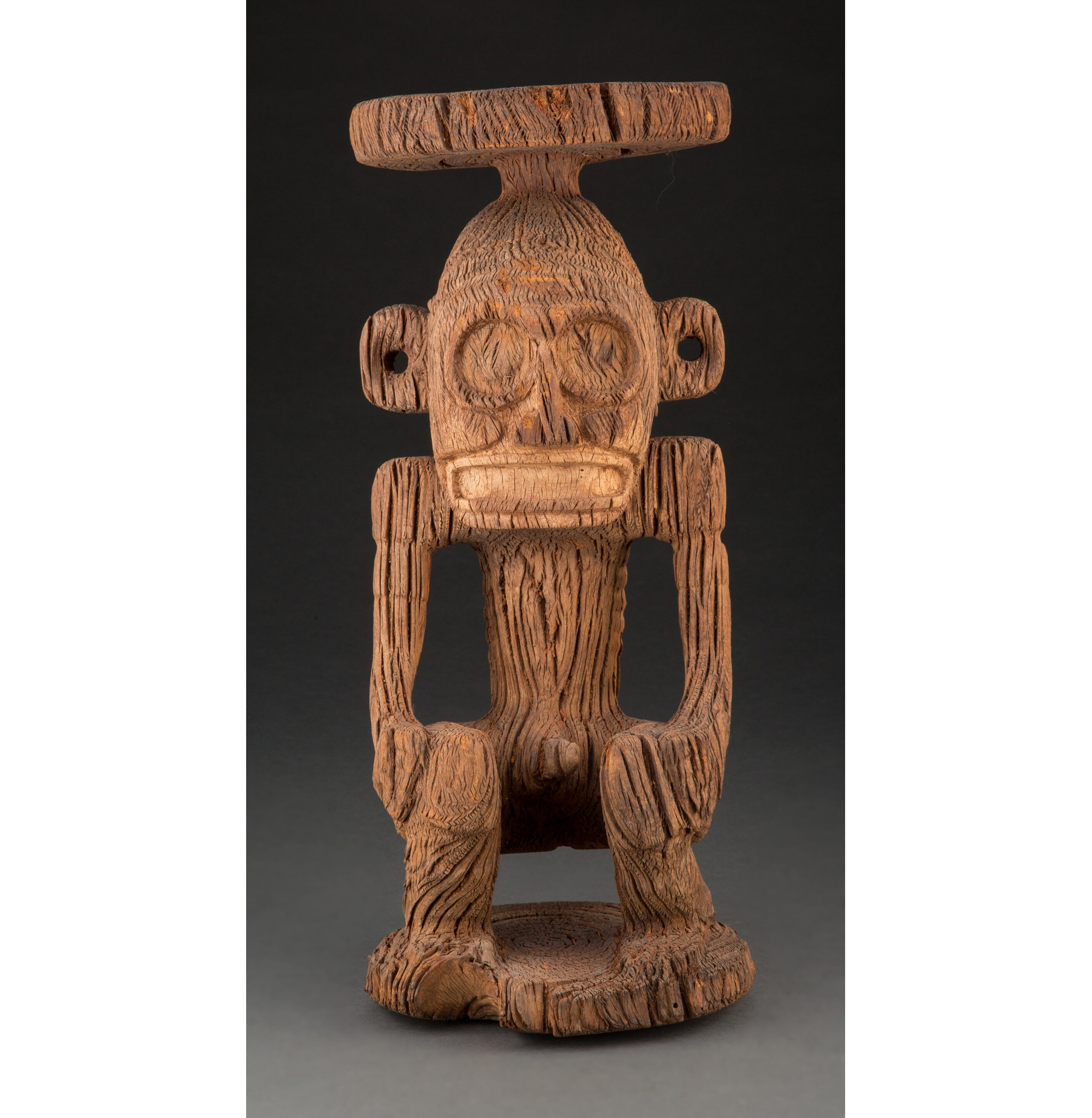 The Dominican Taino cohoba stand, estimated at $60,000-$80,000, has been dated to the mid-15th century through radiocarbon testing at the University of Illinois, Urbana-Champaign – the results of which are included with this lot. The stellar preservation of this stand suggests that it has been carefully housed for centuries. Many Taino sculptures have been recovered from caves, and the absence of burial evidence suggests this stand also ended up in a cave. This piece originally was collected by Wilfred Belmar in the 1930s, until he moved with his collection to Tobago. After his death in 1980, this stand was among the items from his collection passed down through his family. 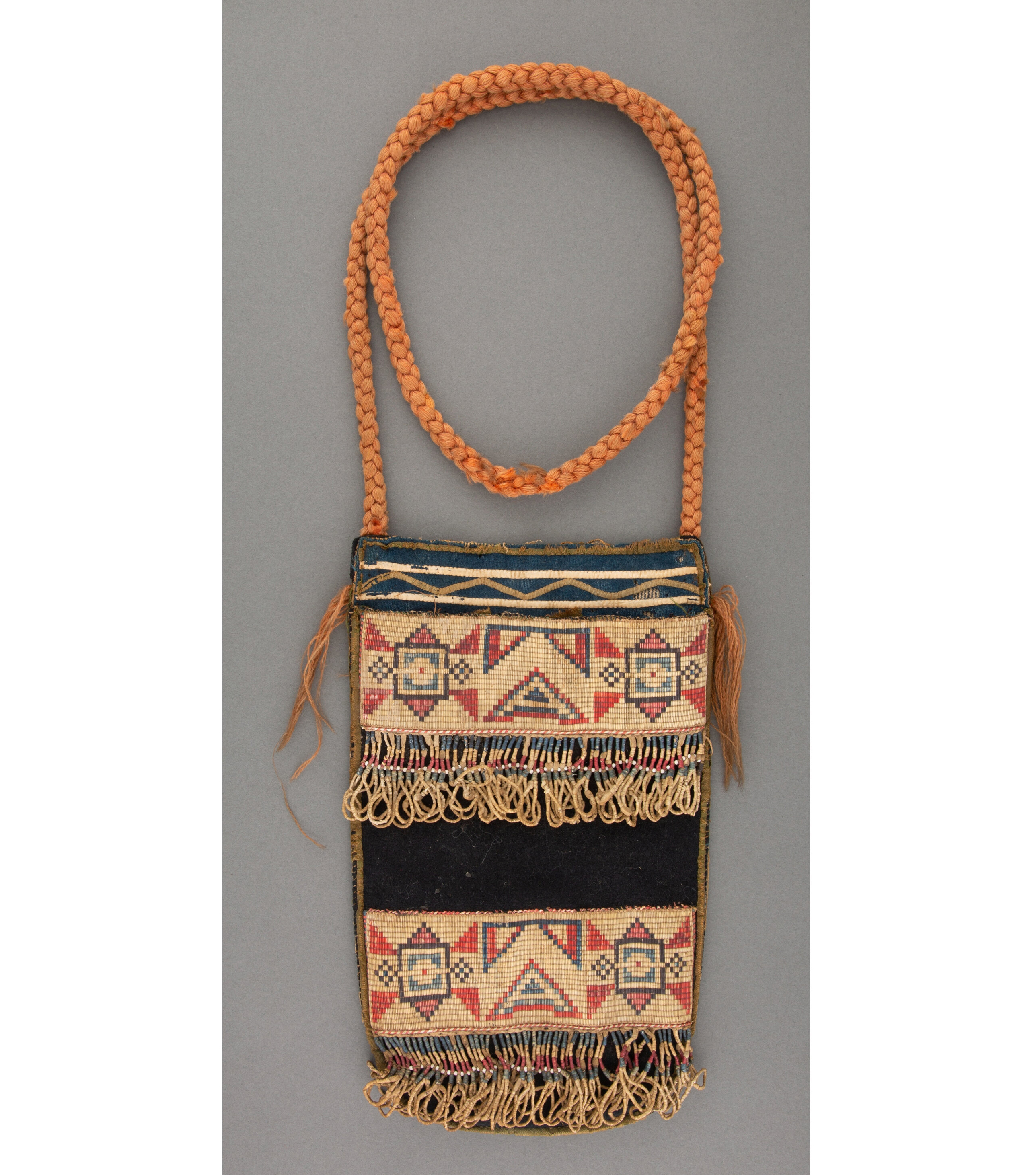 Also among the highlights in the sale is a circa-1800-1850 Cree quilled hide pouch, made with blue and black wool trade cloth, natural and dyed porcupine quills, glass seed beads and cotton cloth. The pouch, which is estimated at $40,000-$60,000, is accompanied by an old paper tag with a pencil inscription that reads, “This Indian bag was made by the squaws and used by Titian R. Peale during Longs 1st Rocky Mountain Expedition in 1819 & 20.” Peale was a scientific illustrator, naturalist and explorer from Philadelphia whose scientific surveys included the 1817 expedition of the Academy of Natural Sciences to Florida and Georgia, as well as the 1819-20 Yellowstone Expedition. 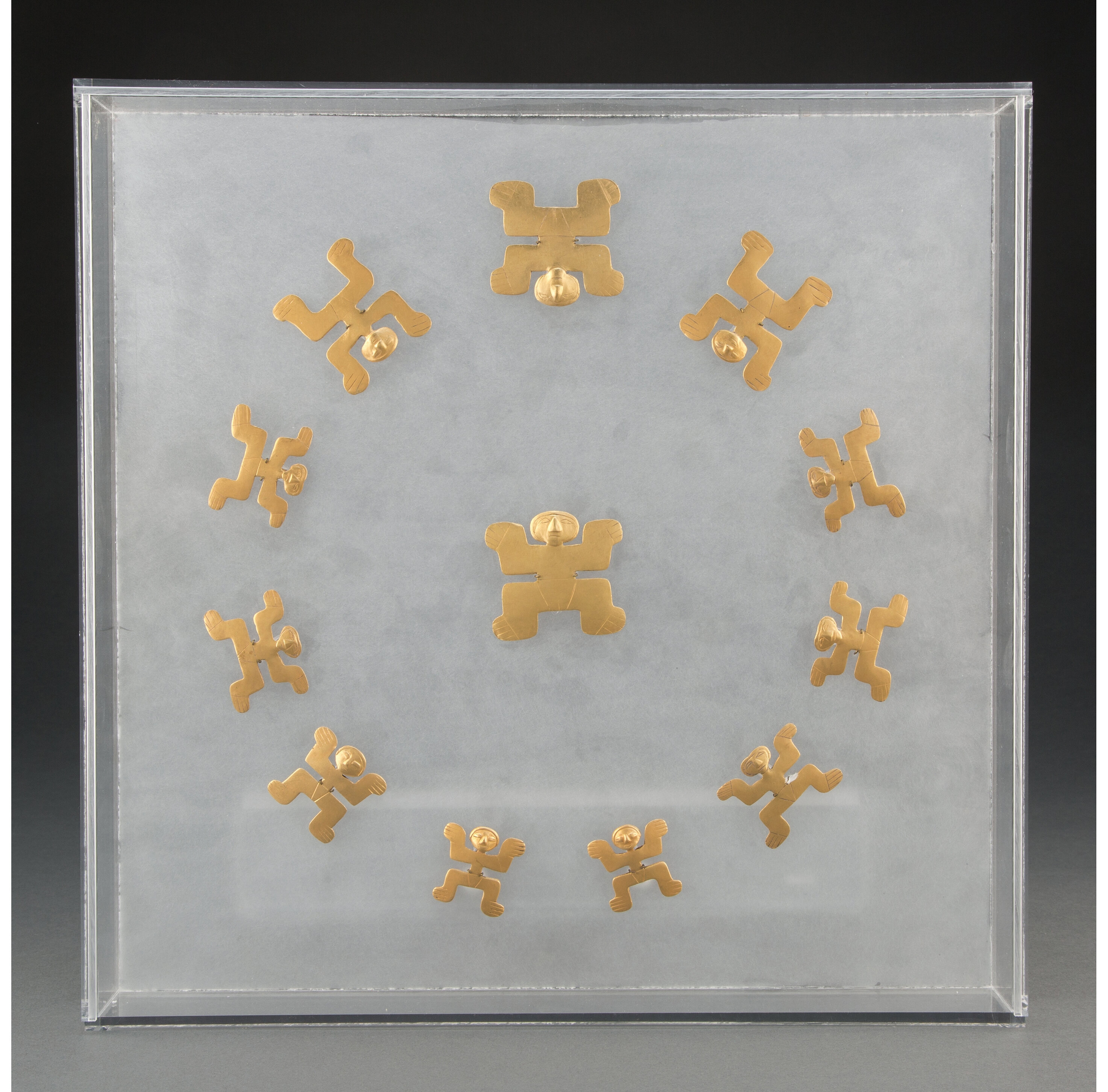 Pre-Columbian gold is well-represented with 15 lots, including a set of 12 Tolima gold pendants estimated at $30,000-$50,000. Graduated from large to small, these pendants, dubbed “jumping jack” pendants, were made from gold alloy by both the Calima and Tolima cultures of ancient Colombia; the Tolima examples tend to be more naturalistic. There is one related, larger jumping jack pendant in the Museo de Oro in Bogota. 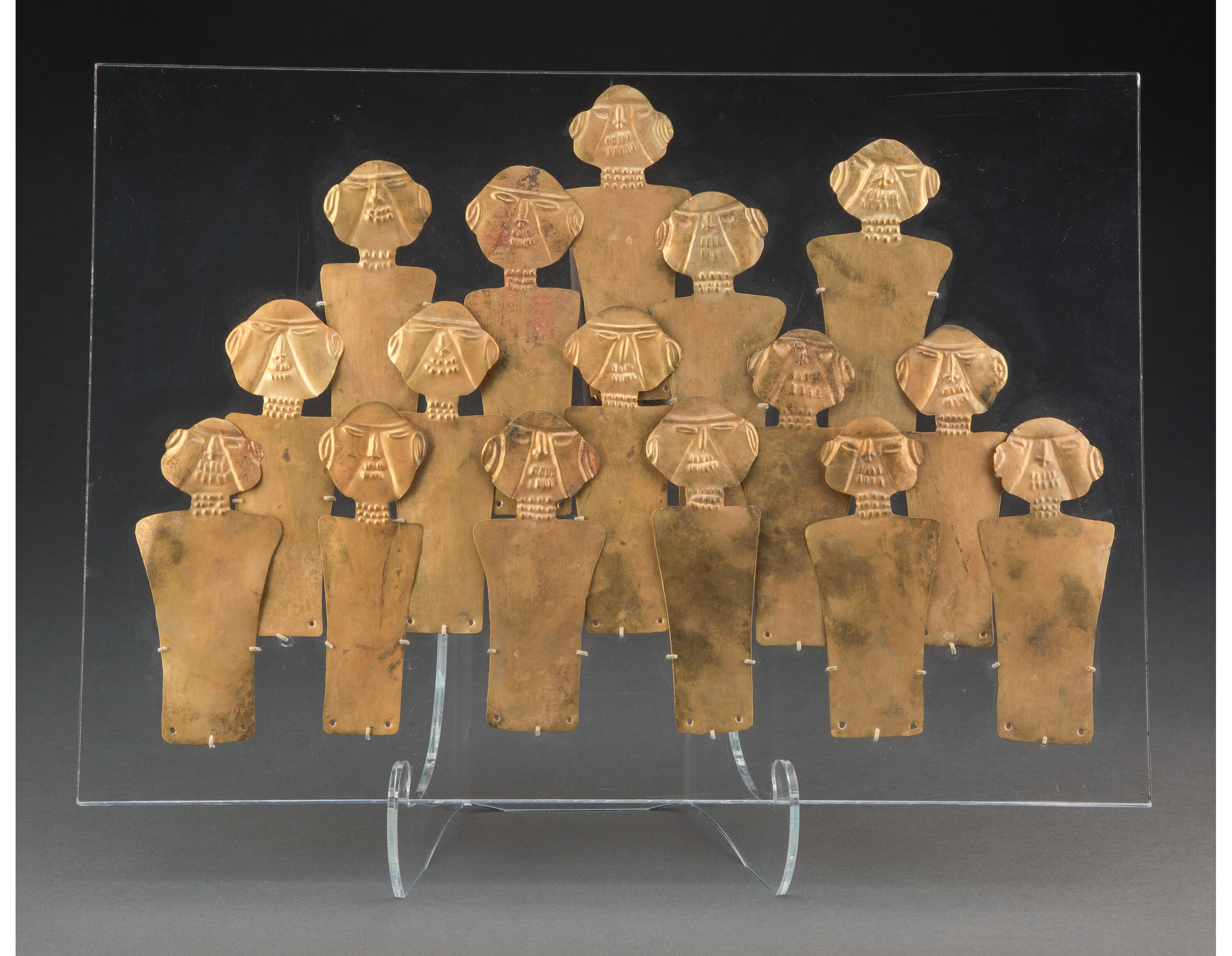 Also offered is a circa 100 BCE-500 Peruvian Recuay gold headdress, estimated at $20,000-$30,000. These 16-sheet gold figures likely were made by artisans in the Recuay culture, between the ancient Chavin and later Moche of coastal Peru. The figures likely were tied together through small holes at the bottom to create a crown or headdress. 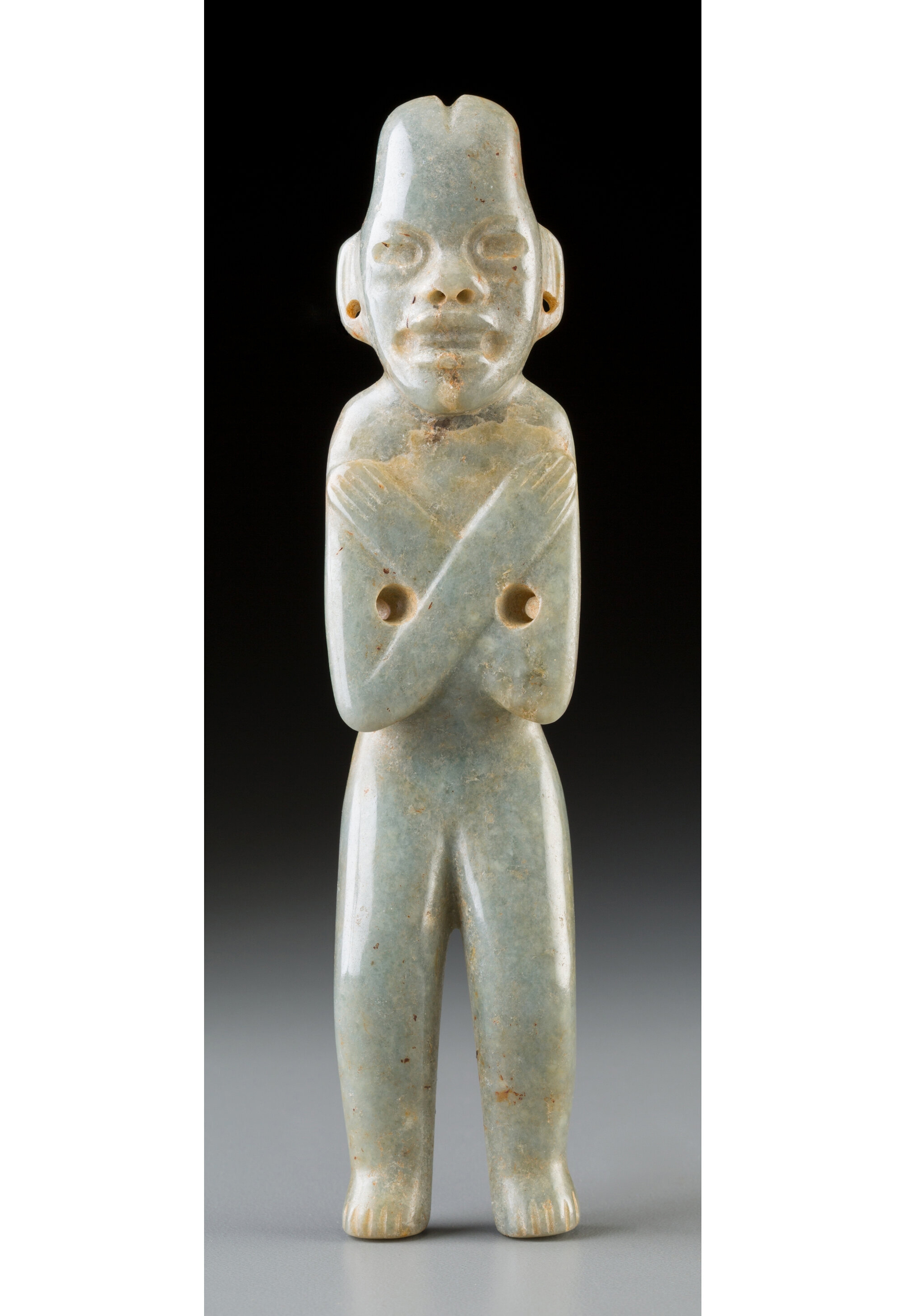 The auction also includes jade items, led by an Olmec jade figure that comes from a private collection in Los Angeles and previously was displayed in the William Siegel Gallery in Santa Fe, New Mexico. Its estimate is $50,000-$70,000. The figure’s arms are depicted crossed over its chest, and it is drilled through the ears and under the arms for suspension. The opaque speckled light blue-green jade also features drilled indentations by the corners of the mouth for inlay. 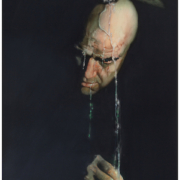 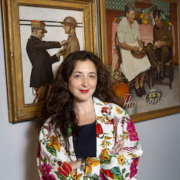 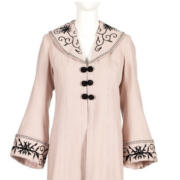 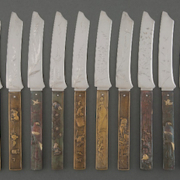