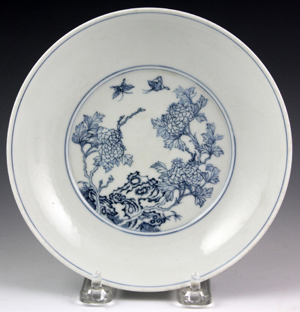 BEVERLY, Mass. – Kaminski Auctions of Beverly, Mass., will host its Summer Asian Art auction on Aug. 18, 19 and 20, with a 6 p.m. (Eastern) start for the Thursday session and a 9 a.m. start on Friday and Saturday. LiveAuctioneers.com will provide the Internet live bidding on all three days of the sale.

Ben Wang, head of Kaminski’s Arts of Asia Department, has put together an exciting collection of Chinese porcelain, paintings, jade, cloisonné and furniture for this sale. Also included are numerous Japanese, Indian and Tibetan works of art.

A Chinese 18th century famille rose jar from the Qianlong period (1735- 1796) decorated with lotus scrolls on a turquoise ground, with a six character Qianlong mark on the base is the top valued lot in the sale with an estimate of $25,000-$50,000.

One of the most exciting lots in the sale is sure to be a 20th-century painting by Qi Baishi (1863-1957) of a crane, that is ink and color on paper and mounted on silk. Its provenance includes the collection of Alice Boney, the prominent American Asian art dealer and noted advisor to museums and collectors of Chinese and Japanese art. A portfolio of sketches by the Chinese artist Wu Guanzhong, that was dedicated to Alice Boney, sold for over $240,000 in Kaminski’s April 2011 Asian auction.

There is an important collection of handmade carved wooden stands, consigned by a private collector and originally purchased by the well-known Asian dealer C.T. Loo, after World War II. C.T. Loo ran a shop at 41 East 57th Street in New York City for many years. These rare and exquisitely carved stands were handmade to display prized pieces of porcelain, jade, and bronze works of art.

Many wonderful pieces in the sale come from the estate of Charles Rose Thompson of Westfield, New Jersey. Thompson, a graduate of Phillips Academy and Princeton University, was a decorator who ran an import business of Oriental rugs from China in the 1940s and 50s. During his extensive travels throughout Asia for Bollentin & Thompson Oriental Rugs of New York City, Thompson amassed an extraordinary collection of rare porcelain, bronze and jade, which he loaned for many years to the Princeton Museum.

There is also an exquisite pair of cloisonné candlesticks from the 19th century, decorated with prancing deer-form bodies and lotus scrolls on a turquoise ground, estimated at $9,000-$10,000. Also included is an important Song Dynasty Ding Yao-ware bowl decorated with two phoenixes flanked by floral scrolls surrounding a central floral medallion, all carved in shallow relief and estimated at $5,000-$6,000.

A Chinese 19th-century Huanghuali folding screen with inlaid mother-of -pearl flowers and birds representing the four seasons estimated at $3,000-$5,000 is sure to bring substantial interest.

Chinese and Asian auctions will feature prominently in Kaminski’s auction calendar going forward. Asian expert Ben Wang has been traveling extensively in China this month, promoting this sale and another to follow at the beginning of December.

For additional information on any item in the upcoming auction, call Kaminski Auction Gallery at 978-927-2223 or e-mail auctions@kaminskiauctions.com. 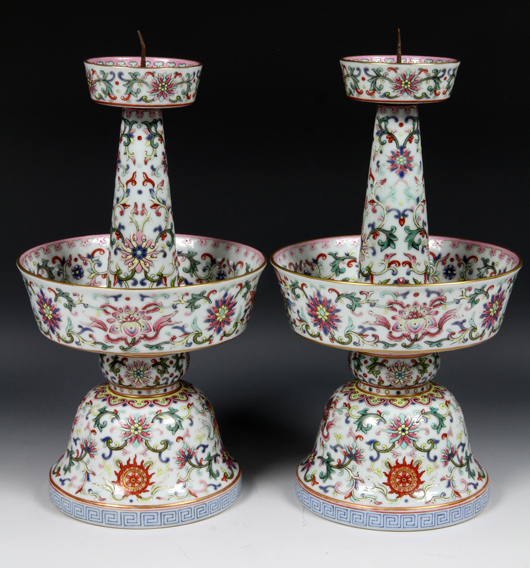 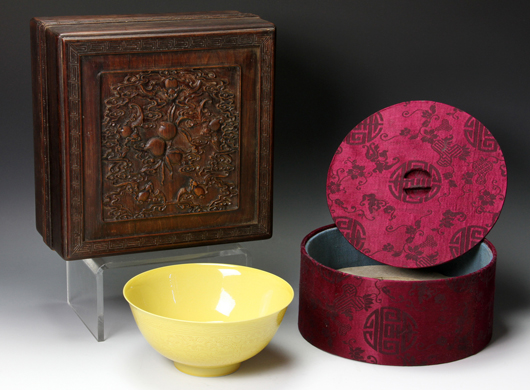 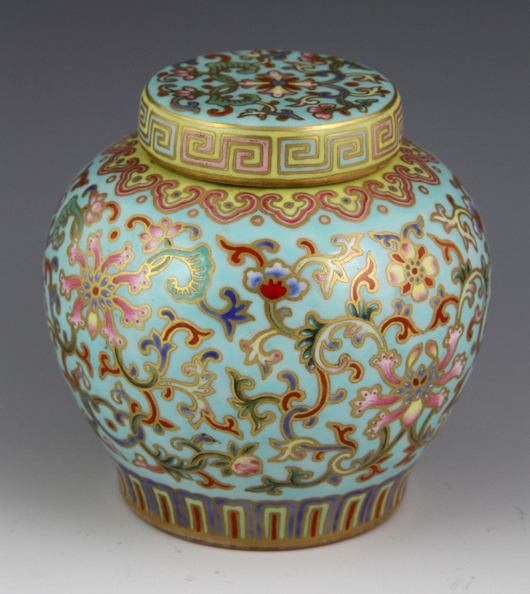 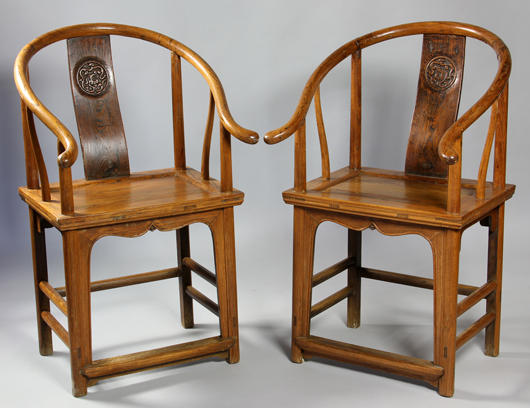 Pair of Huanghuali Chairs, China, late 19th/early 20th century, with carved roundel of a dragon on the back splat. Estimate: $10,000-$20,000. Image courtesy of Kaminski Auctions. 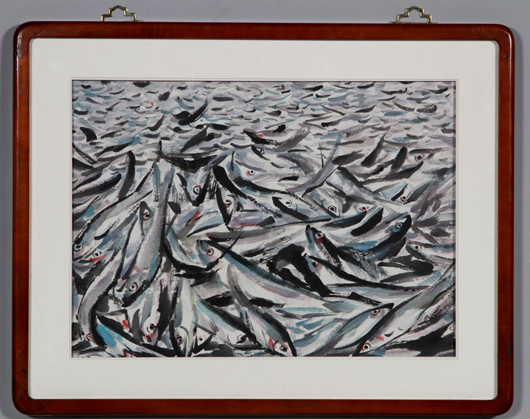 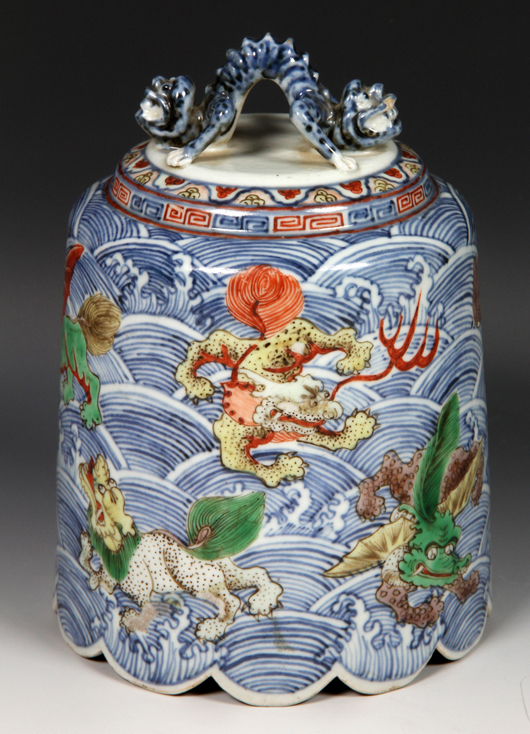