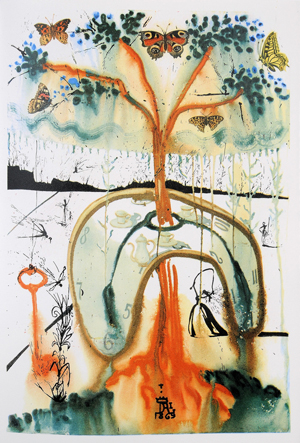 Detail from a "Double Suite" edition of Lewis Carroll’s Alice’s Adventures in Wonderland, published in 1969 in France. The work features illustrations by Salvador Dali (1904–1989), including one signed and one unsigned color etching. The edition is expected to sell for $3,000/$5,000.

ASHEVILLE, N.C. – Elegant and exuberant contemporary works of art by the likes of Le Pho and André Brasilier are among the offerings at Brunk Auctions’ July 10 sale, which will feature Internet live bidding through LiveAuctioneers.com.

Dali (1904–1989) is represented in illustrations for three special 1969 editions of Lewis Carroll’s Alice’s Adventures in Wonderland, all published in France. The first, a “double suite edition,” includes a signed color etching, signed frontispiece, and additional illustrations with original remarks. In generally excellent condition, the pre-sale estimate is $3,000/$5,000.

A rare historic find, especially for aficionados of all things Southern, is a bentwood box with lid, inscribed to Christopher Elrod, North Carolina, Salem 1775. The lid and sides of the 5-1/2 x 11 in. box have traces of a six-petaled flower and leaf-like figures on a dark painted ground, motifs that resemble designs found on Moravian pottery produced in Salem. The recipient was likely Christopher Elrod, Sr. (1721–1785). Migrating with his family in 1751 from Maryland to North Carolina, Elrod helped to establish an English-speaking Moravian community in neighboring Hope, about 8 miles from Salem. The box is estimated to bring $2,000/$4,000.

For those with musical leanings, an exceptional 1873 Steinway piano is being offered. The mellow tone of this instrument is complemented by a rich rosewood case with carved scroll ornamented legs and a pierced music stand. Completely reconditioned in 1985, the piano is expected to bring $5,000/$10,000.

The July 10 sale includes colorful Chinese porcelains from the 16th through the 20th centuries. Among the pieces of famille rose is a monumental 32-inch lidded jar with courtyard scenes set in a trellis background with scattered flowers (est. $4,000/$6,000). A green-glazed bowl, a little over 8 inches in diameter, with incised Buddhist symbols and mark for Yngzheng (1723–1735) is estimated at $4,000/$$8,000.

Not to be overlooked among the offerings in fine jewelry is an Art Deco sapphire and diamond ring. The central stone is a cabochon-cut blue sapphire, medium violet blue color, with excellent transparency. The platinum mount is accented with 36 diamonds. Marked Udall & Ballou, a New York City firm active between 1888 and the 1940s, the ring is expected to sell for $10,000/$20,000. 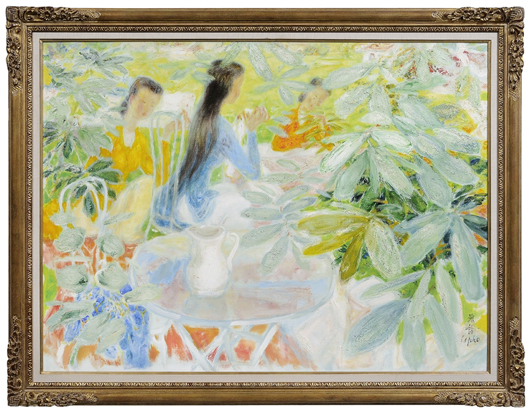 Vietnamese artist Le Pho’s (1907–2001) Garden Party is a signed oil on canvas presented in its original carved and gilt wood frame. From the estate of the late Herbert and Jean Schulman of Nashville, Tennessee, its estimate is $15,000/$25,000. 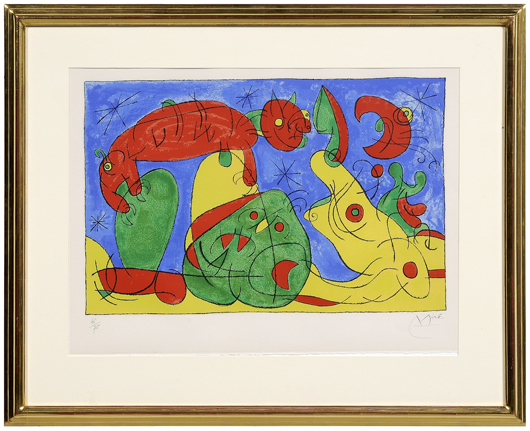 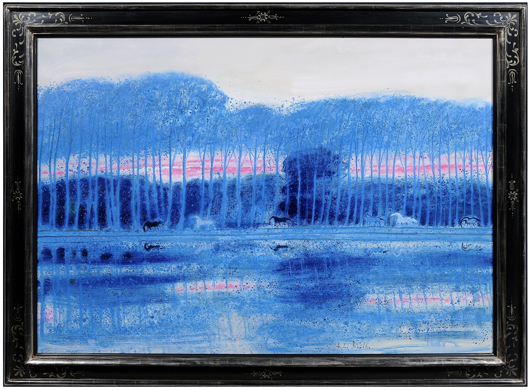 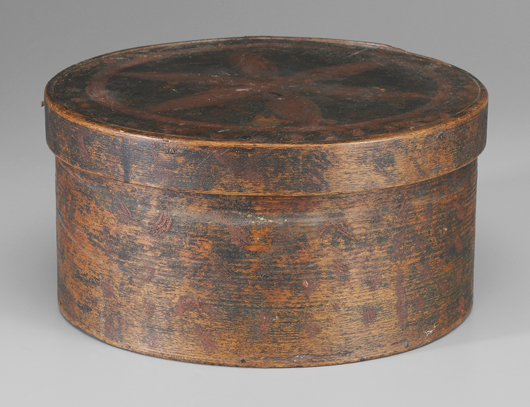 A rare find from the Moravian settlement at Salem, North Carolina, is this bentwood box with lid. The interior of the lid is inscribed to Christopher Elrod, North Carolina, Salem 1775. The box is expected to bring $2,000/$4,000. 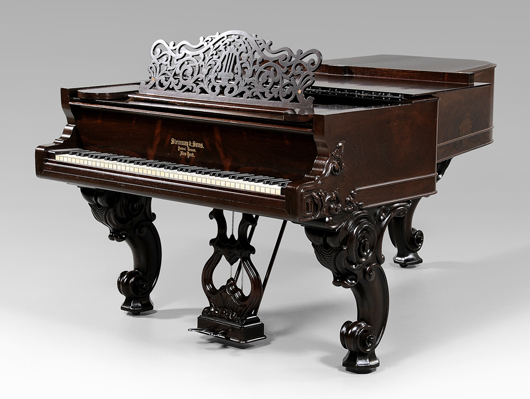 This 1873 Steinway grand piano, from a private collection, has a fine mellow tone for the ear and a rosewood case with carved scroll legs and pierced music stand for the eye. Brunk Auctions placed a pre-sale estimate on the instrument of $5,000/$$10,000. 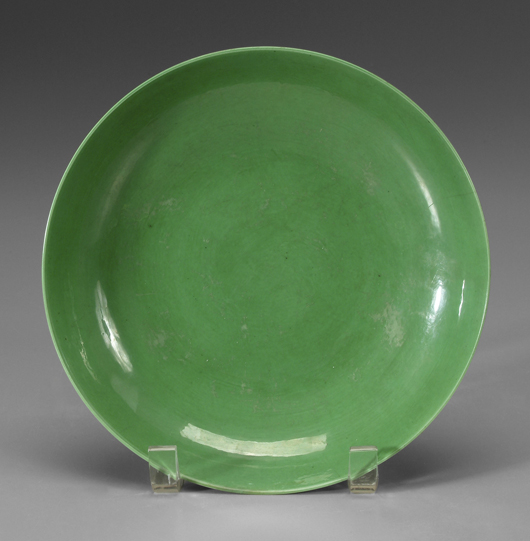 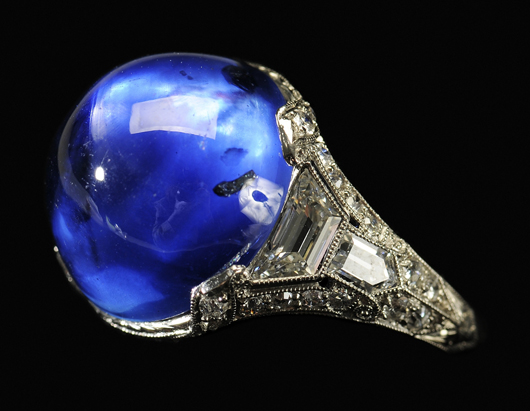 The central cabochon-cut blue sapphire of this exceptional Art Deco ring is a medium violet blue color with excellent transparency. Its platinum mount is accented with 36 diamonds and is sized 5-3/4. Est.: $10,000/$20,000.

Pedigree and provenance with punch at Brunk Auctions, Sept. 11-12