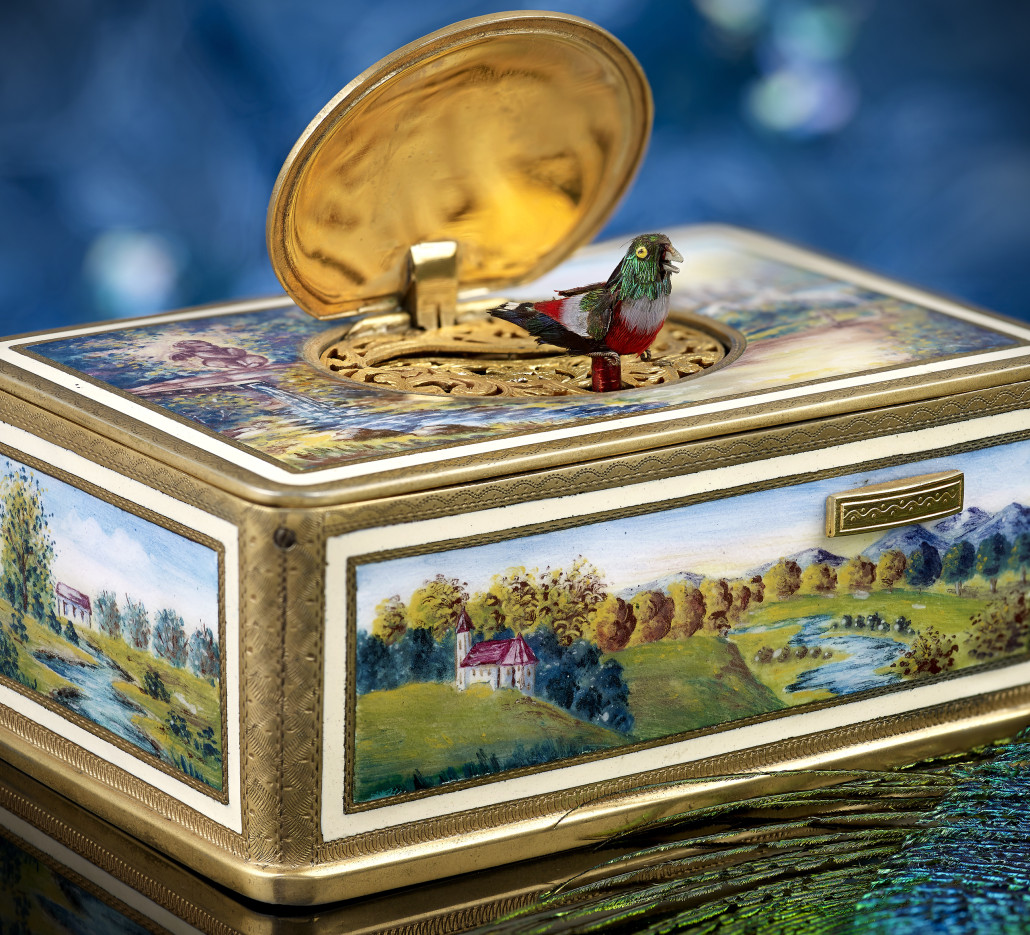 Fellows Auctioneers is helping the members raise funds for charity by auctioning club memorabilia. The collection includes nearly 100 lots of medals, paintings, trophies and other memorabilia, with estimates from £25-£1,000.

One of the highlights is a music box (above), a beautiful example of 20th century enamel work, features a working singing bird automaton estimated at £3,000-£4,000. T here is also a huge collection of enamel boxes without automaton starting at around £50 for a small group.

The recipient of the medals in lot 1007 participated at the Zebrugge raids over April 22 and 23, 1918, in an attempt to close the German ports. Other medals in this military service medal group include the British War medal, Atlantic and African Stars, along with a Royal Naval Long Service and Good Conduct medal (estimate £800-£1,000).

Lovers of all things scientific are sure to find something fascinating in this auction. Microscopes, barometers, a marine chronometer (lot 432) and oak specimen cabinets (lot 943) are featured alongside a superb mahogany case of late Victorian surgical instruments (below). The campaign-style box is engraved with “Presented to Dr. J.F. Rabbit of the Hospital Ship Maine by the R.A.M.C. in recognition of his services in the Anglo Boer War,” and stamped “Weiss London.” 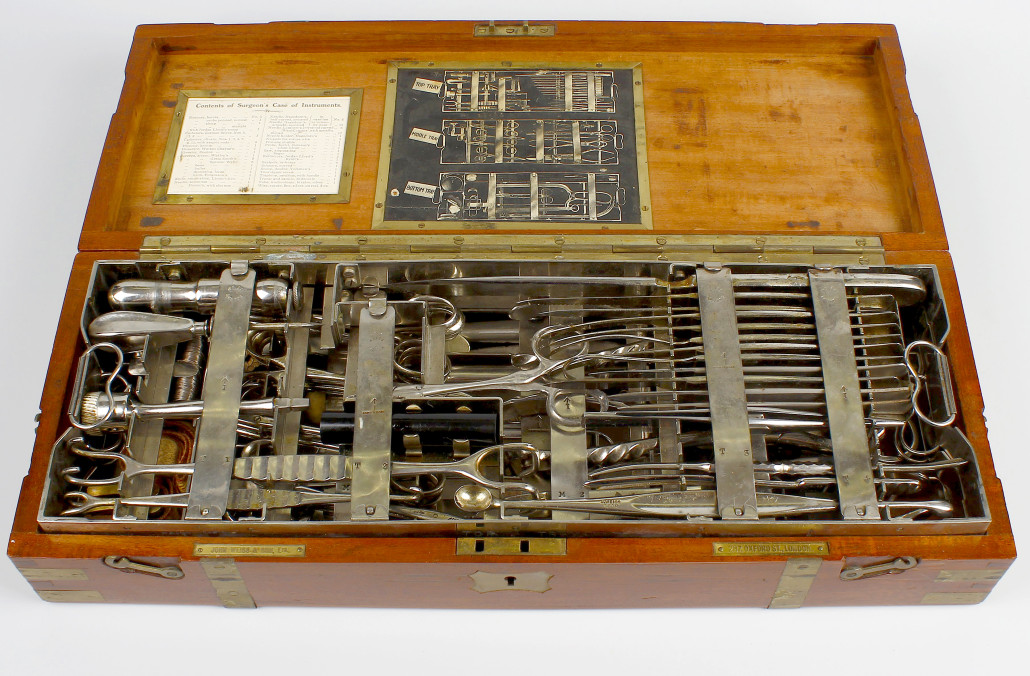 Set of Victorian surgical instruments presented to a doctor who served on a hospital ship during the Anglo Boer War. Fellows Auctioneers image

There is a great selection of excellent clocks for those interested in Horology. Lot 865 is a superb 19th century French clock with ship and sea automaton (below). 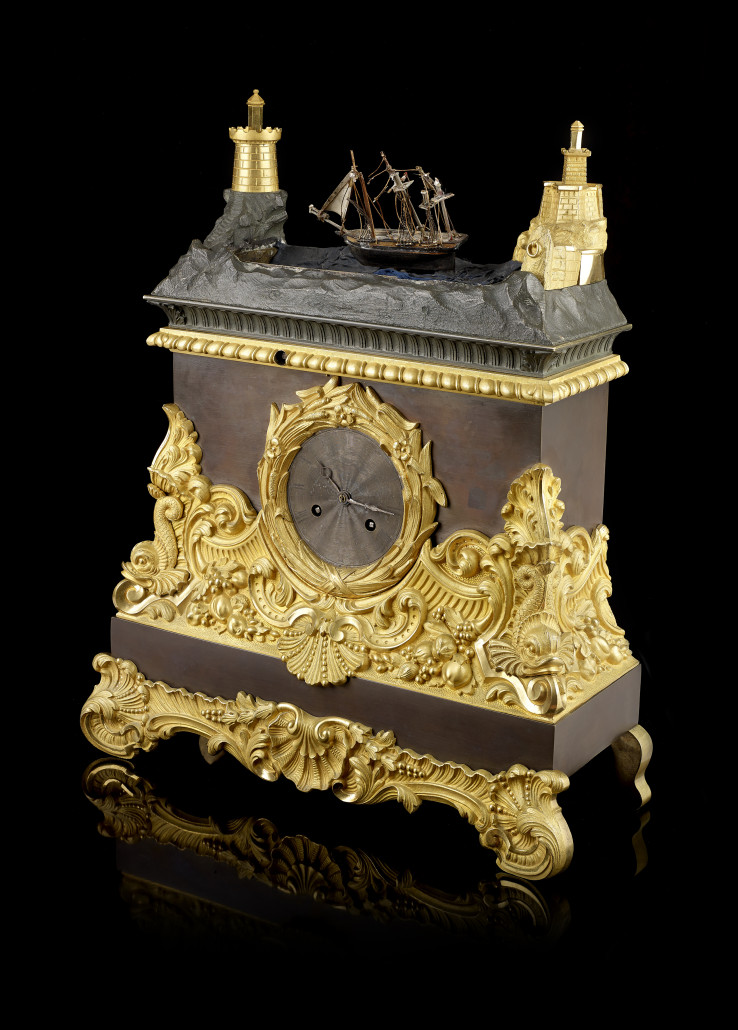