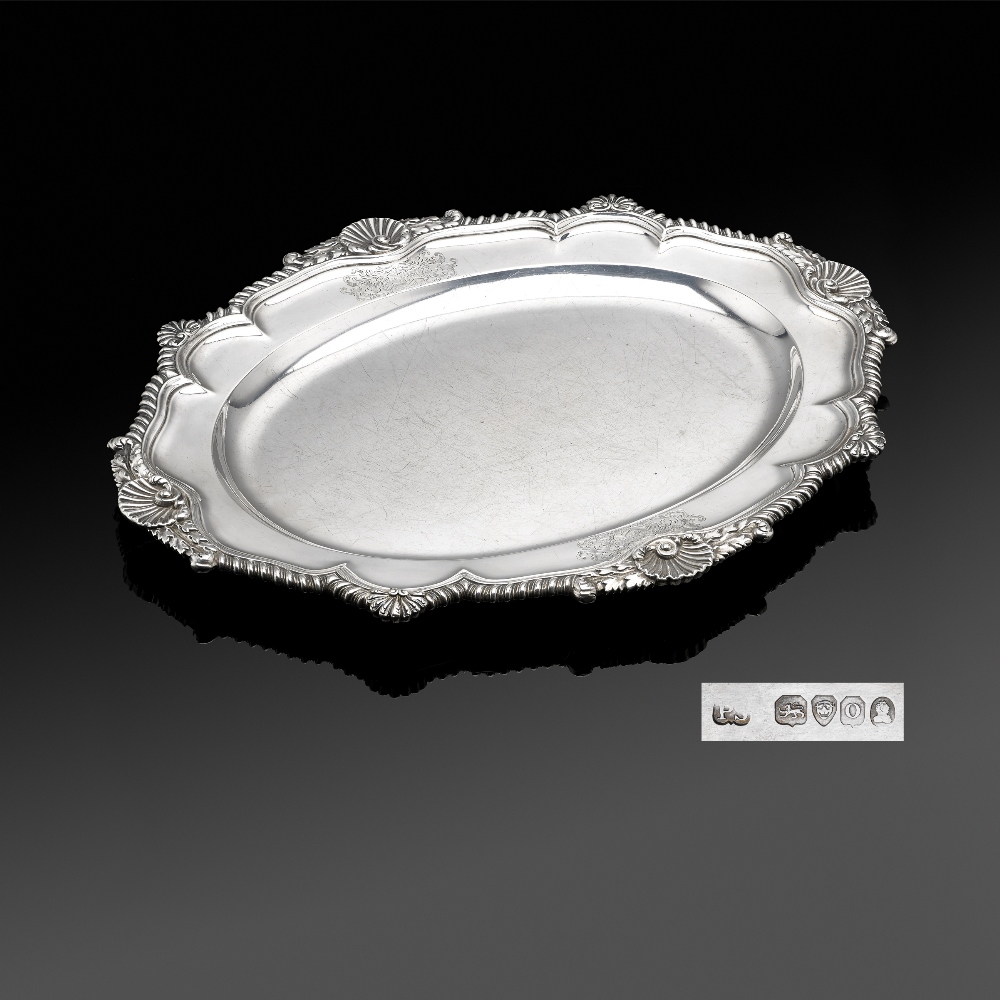 BIRMINGHAM, UK – Fellows welcomes bidders to their summer sale of silver and plated ware, which features Georgian, Victorian and modern silverware, on Monday, June 22. LiveAuctioneers.com will provide absentee and Internet live bidding for the more than 800 lots.

Interspersed throughout the sale are some great makers, including Paul Storr (Lot 52, above), Hester Bateman (Lot 28) and Nathaniel Mills (Lot 780) and some beautiful Chinese export pieces including (Lot 514, below) a turn of the century Chinese export dressing table set by Tuck Chang & Co., which highlights the balance between Eastern flair and Western tastes. 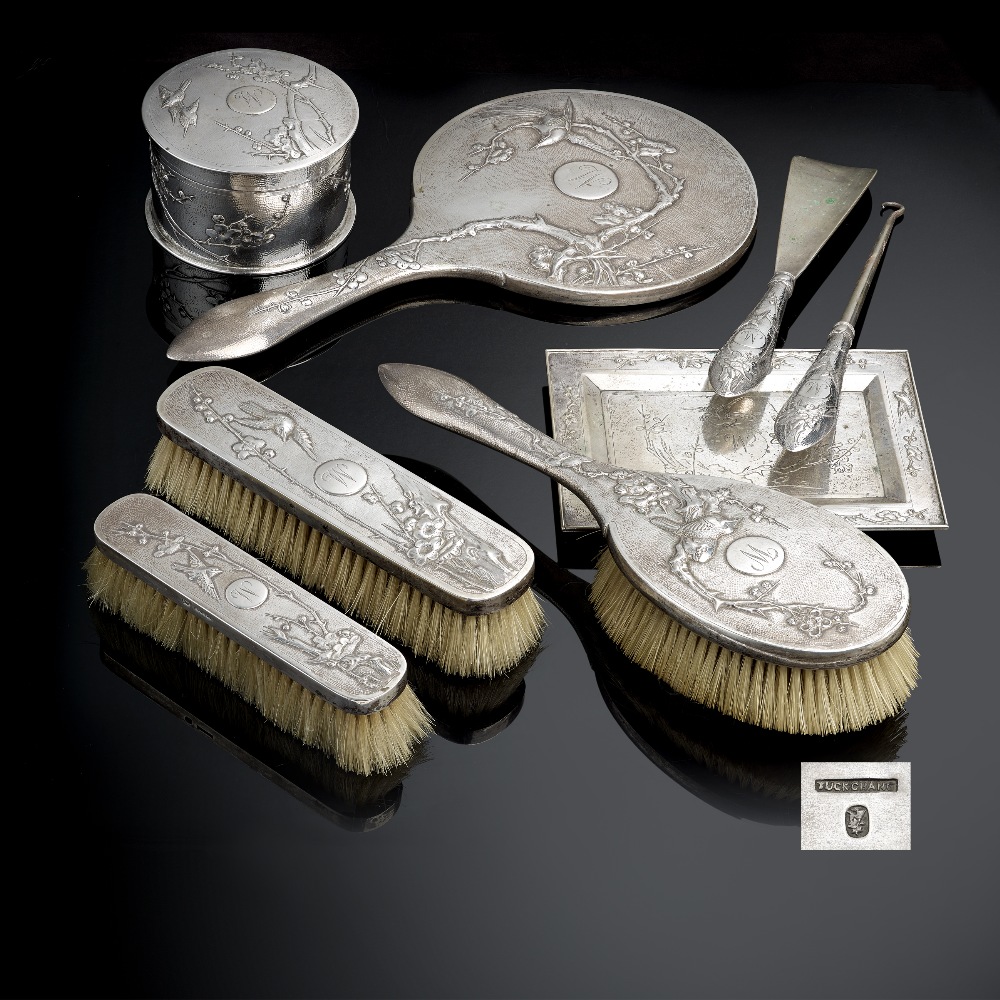 Another remarkable piece is Lot 193 – an Edwardian silver Warwick vase by Edward Barnard & Sons, hallmarked London 1903 (below right). The Warwick Vase originates from fragments discovered by Gavin Hamilton (1723–1798) in 1769-70, which he found while excavating in the silts of Lake Pantanello in the grounds of the Villa Tiburtina outside of Rome. The villa was owned by the renowed Roman Emperor Hadrian (AD 117-38). 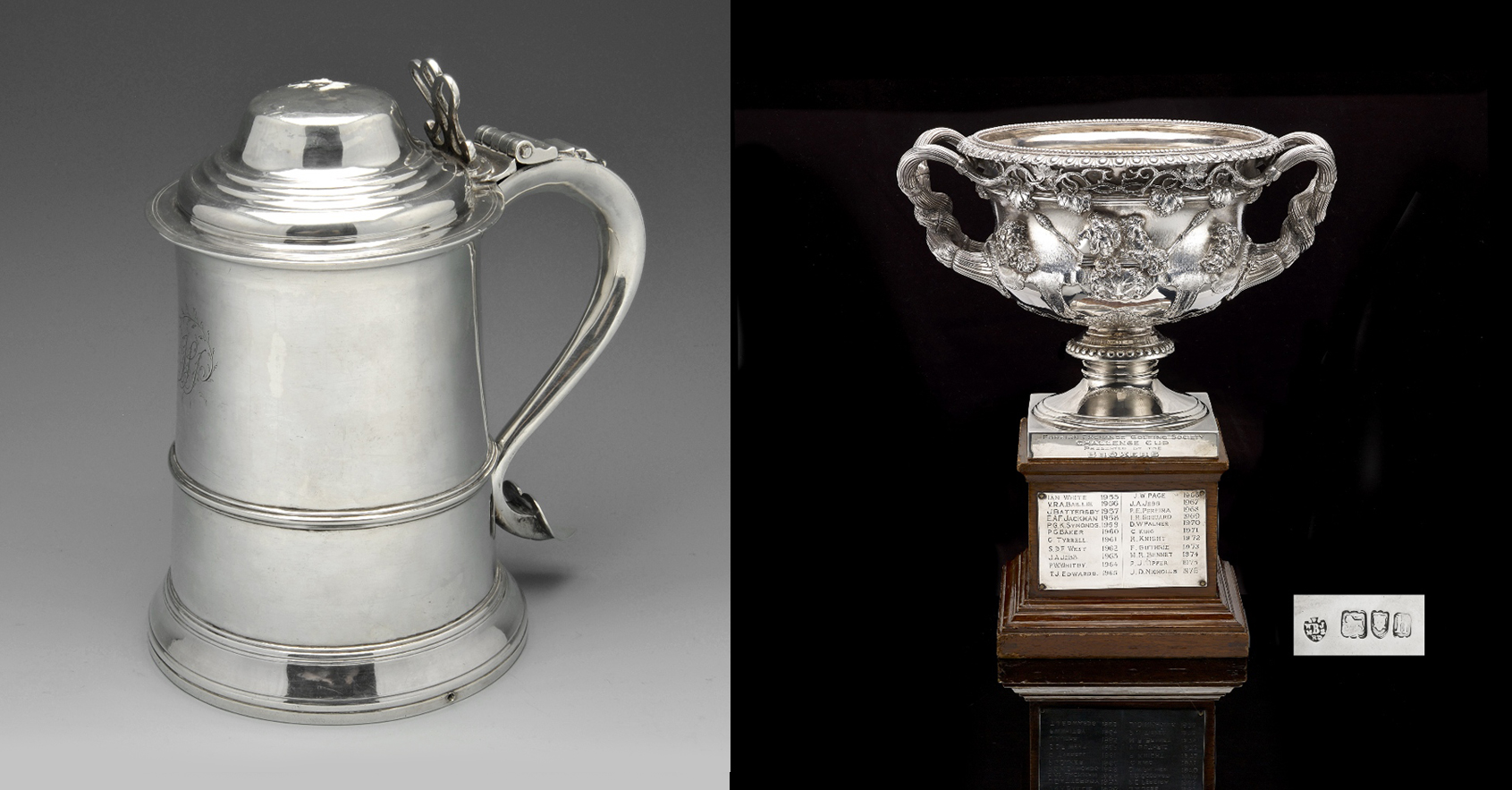 Novelties include a turn of the century Queen’s Own Cameron Highlanders dirk by R. & H.B. Kirkwood of 66 & 88 Thistle St., Edinburgh (Lot 686). Finely crafted and with a leather scabbard, the dirk provides an interesting insight into the traditional weapons worn as part of civilian wear and military dress. 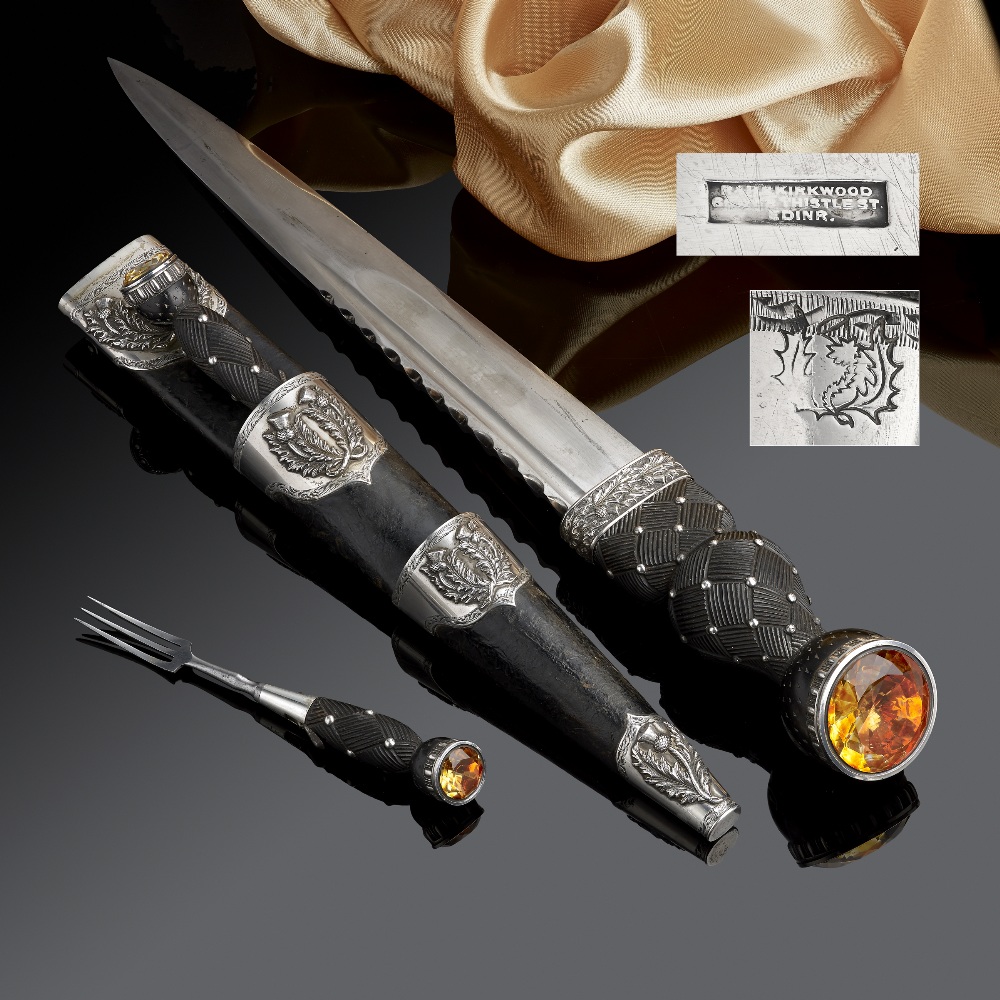 A turn of the century Cameron Highlander’s dirk. Fellows image