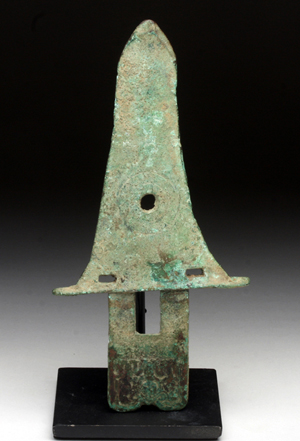 BOULDER COUNTY, Colo. – It doesn’t have to cost an Etruscan king’s ransom or an Egyptian pharoah’s arm and a leg to collect ancient art and antiquities. There’s an entry level that nearly any aspiring collector can afford, says Teresa Dodge, executive director of Artemis Gallery, whose Summer Discovery Auction is slated for July 23rd. Internet live bidding will be available through LiveAuctioneers.com.

“We’ve planned our upcoming auction of predominantly ancient and ethnographic art specifically so that anyone who has ever had the desire to get into this fascinating field of collecting could do so without price being a hindrance,” Dodge said. “However, the quality of the more than 300 lots we’ve chosen for the sale is so high, even seasoned collectors are going to want to check over the catalog very carefully. There are going to be some outstanding bargains that will fit right into many advanced collections.”

At least 10 lots in the sale have Hollywood provenance, as they’ve come directly from the superb collection of Emmy Award winner Donick Cary, who is currently co-executive producer of the hit TV show Parks and Recreation.

Every Artemis Gallery auction features desirable, solidly provenance classical antiquities, and the July 23rd event is no exception. Lot 2 is an attractive Egyptian granite fragment incised with the image of a striding king. If it were complete and 8 inches high, it would sell in the range of $15,000-$20,000, but being a 2½-inch section, its bidding will open at $2,000. The piece shows the figure from mid chest level to just above the knees, with hands against the thighs. It is from Egypt’s premier New Kingdom period, 18th to 20th dynasties.

Lot 14B, an Anatolian (western Turkey) gold sheet decorated with a repousse figure of a standing goat, exhibits wonderful presence and coloration. It measures 2½ inches wide by 2¼ inches tall and dates to around 1000 BCE. It is entered in the sale with a $2,000-$3,000 estimate.

Drinking vessels are found in every culture. Their styles and the materials from which they are made reflect the status of their original owners and the types of beverages they were meant to contain.

Lot 39 is a 2nd to 3rd century CE Roman glass cup probably designed for wine. Standing 3½ inch high, it quite likely came from a Roman villa whose wealthy occupants used it as an everyday glass. Intact and perfect, with a slightly greenish iridescence, it will open for bidding at $400. “You could pay more than that for a 50-year-old piece of Steuben,” Dodge noted. “This item might end up being a very good buy for someone.”

A second vessel of note is Lot 14D, a Mycenaean pottery cup approximately the size of a shot glass. Dating to 1300 BCE, it has a starting bid of only $200.

Ancient coin collectors won’t want to miss the rare coinage included in the sale, which will be priced at 50% of the lowest retail price that Artemis Gallery could confirm. An example from the selection is Lot 62, a “solidas,” or eastern Roman coin made of solid gold. A typical starting price on such a coin might be $1,200; the coin in the July 23rd auction will open at a wallet-pleasing $600.

The Pre-Columbian section includes 10 pieces of ancient Peruvian pottery from the Chancay culture, 1000-1300 CE. All of the pieces are nice examples, absolutely authentic and intact. They will open for bidding as low as $200. Also Pre-Columbian, a lambayeque – or goblet used in rituals – originated in northern coastal Peru, circa 800 CE. Decorated with bands adorned with warrior figures and birds, it has a starting bid of $1,200.

A very special piece, Lot 239 is a 200 BCE-200 CE model of a temple with a large portico and terrace and mother-of-pearl steps from Western Mexico. It would have been placed in the shaft tomb of an important individual. The highly detailed piece is offered together with an artist’s conception of what the real-life temple on which it was based might have looked like. The required opening bid is $500.

Two extraordinary pieces from the US Arkansas/Mississippi River Valley have been cataloged. Lot 239A is a Quapaw figural jar, while Lot 239B is a large dipper with an emerging human face. Both are rare 17th-century pieces with substantial red and white pigment intact. Each is entered with a $3,500 opening bid.

For additional information about any item in the auction, call Teresa Dodge at 720-502-5289 or email teresa@artemisgallery.com.

View the fully illustrated catalog and sign up to bid absentee or live via the Internet at LiveAuctioneers.com. 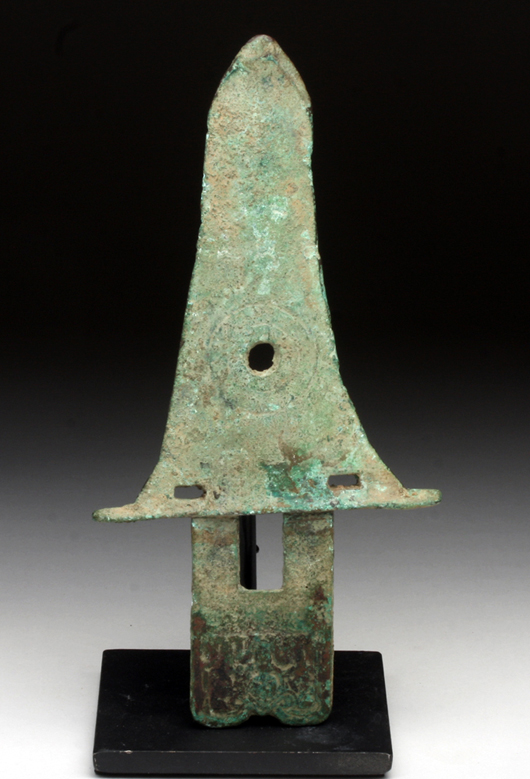 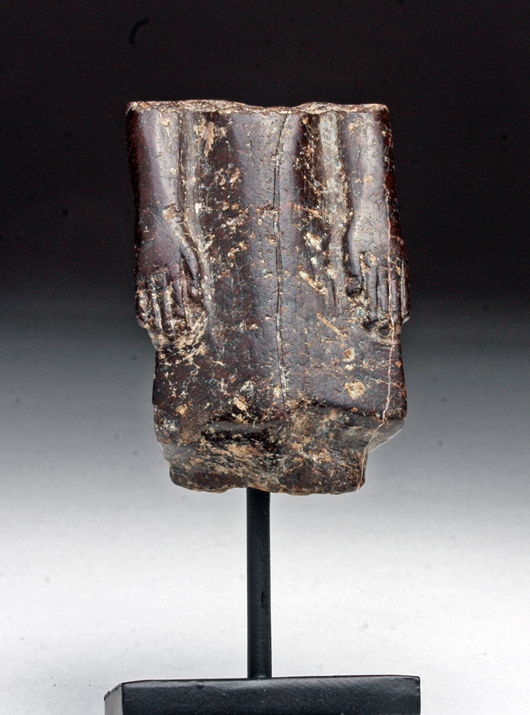 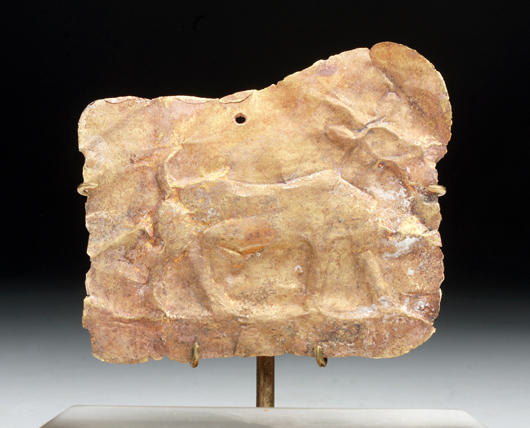 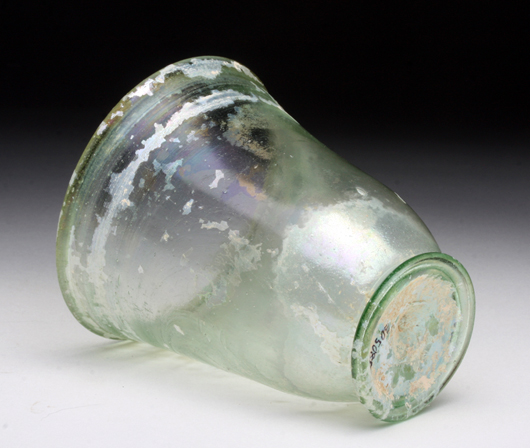 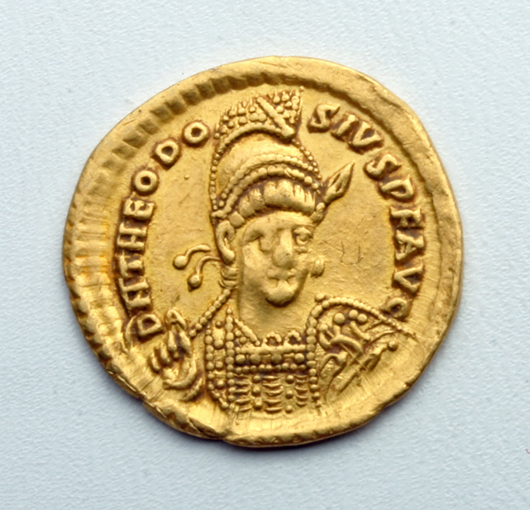 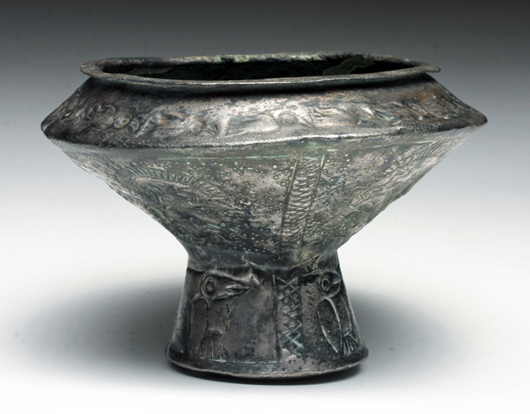 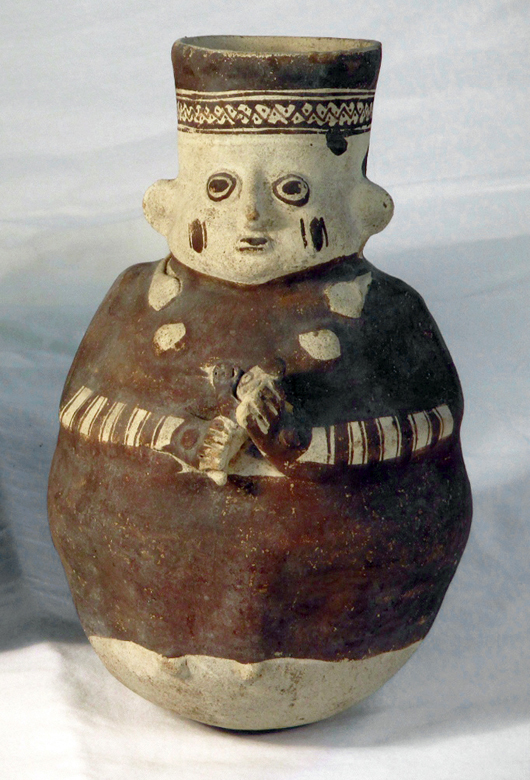 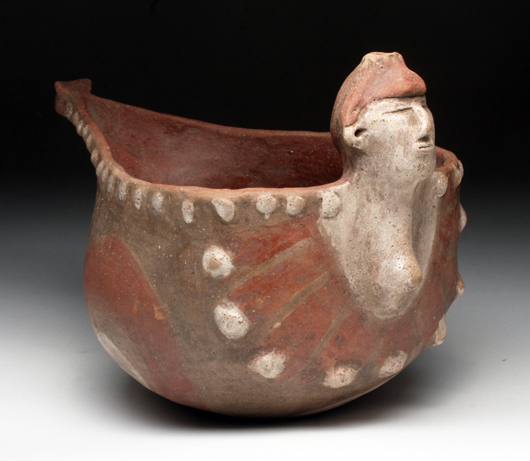