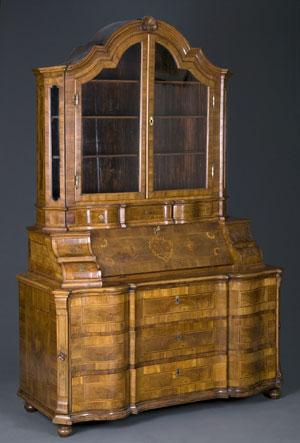 FALLS CHURCH, Va. – Heirlooms, important artworks and historical jewelry from one of Europe’s most distinguished noble families will be auctioned on Saturday, Feb. 7 at Quinn’s Auction Galleries in Falls Church, Va. While many high-profile estates and collections have been entrusted to the suburban Washington, D.C., auction house in the past, Quinn’s gallery director Matthew Quinn says the consignment of fine artworks, furnishings, decorative art and jewels from the combined Teleki and Mikes (pronounced Me-KESH) families is without precedent.

“This will be a tremendous sale,” said Quinn. “The 300 to 400 items to be auctioned are from old Hungarian aristocracy, whose combined family tree could be compared to a merger of the Kennedys and European royalty. The consignor, who now lives in suburban Washington, is the son of the late Countess Johanna Mikes Teleki and Geza Teleki, and grandson of two-time Hungarian Prime Minister Pal Teleki (1879-1941).”

An overview of the auction contents reveals very fine European furnishings, rugs and paintings, including several Dutch school and 19th-century artworks; many smalls including high-quality netsukes, and an extensive selection of Herend china. “There’s a wonderful painting by Johann Frankenburger (Austrian, 1807-1874) that’s one of the nicest I’ve seen,” said Quinn. “It depicts a young woman cutting grapes off a vine. The woman was an Albanian ancestor of Iren Murati, mother of Pal Tekeki.” Signed and dated 1846, the 39½-inch by 32-inch oil on canvas is estimated at $4,000-$6,000.

An object of military and historical significance is the ornately carved ivory-handled sword and scabbard (estimate $2,500-$3,500) that, according to Teleki family lore, was given to Prime Minister Pal Teleki by Emperor Taisho of Japan. Teleki is a prominent figure in Hungarian history who attempted to prevent Hungary’s involvement in World War II, even as Nazi forces were sweeping through eastern Europe.

In the forefront of the fine furniture selection is an impressive 1770 German walnut parquetry bureau cabinet, or schreibshrank. An imposing 89 inches tall, it was made expressly for Gernyeszeg, the Teleki family’s baroque castle in Transylvania. It is cataloged with a $15,000-$25,000 estimate.

European textiles also feature prominently in the sale. “There are examples of embroidery in this collection that are just incredible,” said Quinn. “One of the Mikes family heirlooms is comprised of antique silver threads on red velvet. There is no way to adequately describe its beauty or quality.”

A glittering highlight of the sale is the diamond brooch given to Johanna Mikes by King Zog of Albania (1895-1961), who purportedly proposed to the young woman in 1936 after seeing a photograph of her and being taken by her beauty. Religious incompatibility – Zog was Muslim/Johanna was Catholic – may have thwarted the marriage, but Johanna’s diamond brooch stayed in the family and is being sold as part of her estate. A spectacular square-shape design, the Art Deco brooch has a total diamond weight of 11.01 carats, and includes 80 stones, the largest of which weighs 1 carat. The workmanship has all the earmarkings of Osterreicher, the Viennese firm that designed for Ostier, official jewelers to the Albanian royal court. It is estimated at $15,000-$25,000.

Several other carefully chosen items from additional consignors will join the Mikes/Teleki heirlooms on Feb. 7. A key lot is the Bert Geer Phillips (American, 1868-1956) oil-on-canvas painting of a Native-American brave titled Voices of the Woods. The artwork’s provenance includes having been exhibited in 1911 at the City Art Museum of St. Louis, at the 15th Annual Exhibition of the Society of Western Artists.

“Bert Phillips was a Taos artist of great importance and a founder of the Taos Artists Society. We’re very honored that Quinn’s was chosen to handle this painting,” said Quinn. Voices of the Woods is documented and referenced in the Taos Valley News of Nov. 25, 1911 in the column titled Artists Colony Corner. It states that the painting was sold to ‘Mr. Trewin of Cedar Rapids, Iowa.'” More correctly, the buyer was Senator James Henry Trewin. The Estate of Martha Trewin Sandy, Senator Trewin’s granddaughter, is the consignor of the 27-inch by 35-inch (35-inch by 48-inch framed) artwork, which carries an estimate of $300,000-$400,000. Its frame, which is compatible to the artwork but possibly not original, was made by Woolsey Brothers, who supplied hand-carved frames to artists in the Taos area during the second quarter of the 20th century.

Also coming from the Trewin Sandy estate is a grand mid-19th-century New Orleans four-poster mahogany bed of outstanding quality. Its smooth posts are accented by beveling and wrapped in flame mahogany. While there are no signature marks on the bed, its construction is impeccable and executed to a very high standard. Estimate: $8,000-$12,000.

“Everything in this sale is exceptional, and there’s an interesting variety with a few surprises,” said Quinn. “There’s even a 1940 Ford truck.”

Quinn’s Feb. 7 auction will take place at the company’s gallery located at 431 N. Maple Ave., Falls Church, Va. (suburban Washington, D.C.). All forms of bidding will be available including absentee, phone and live via the Internet. Preview information is available online. The printed catalog is available for $20 postpaid. View the entire fully illustrated catalog online at www.quinnsauction.com. Enquiries: Tel. 703-532-5632 or e-mail info@quinnsauction.com. 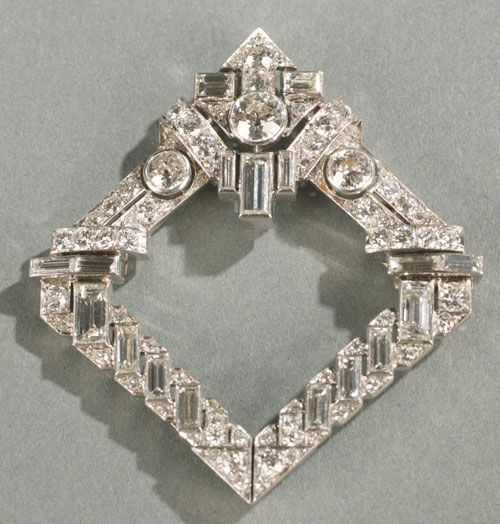 Art Deco brooch of exquisite quality, with a total weight exceeding 11 carats, given to the late Johanna Mikes in 1936 by King Zog of Albania (1895-1961). Quite possibly created by Osterreicher, the Viennese firm that designed for Ostier, official jewelers to the Albanian royal court. Estimate: $15,000-$25,000. Image courtesy Quinn’s Auction Galleries. 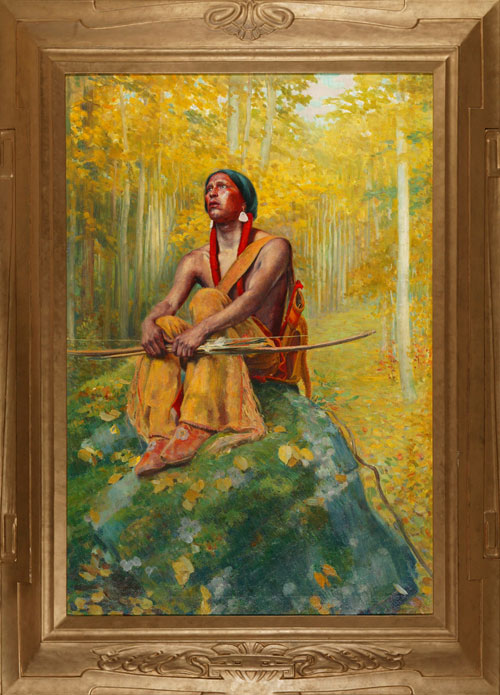 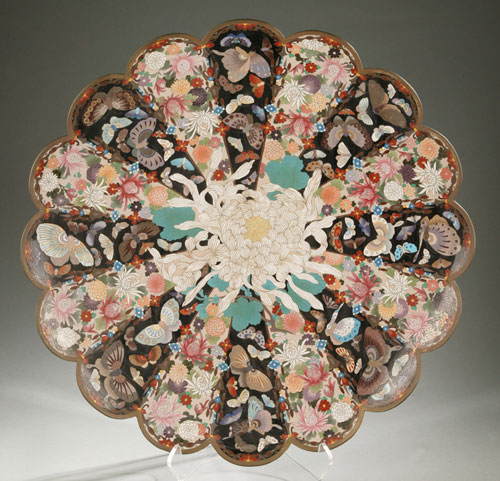 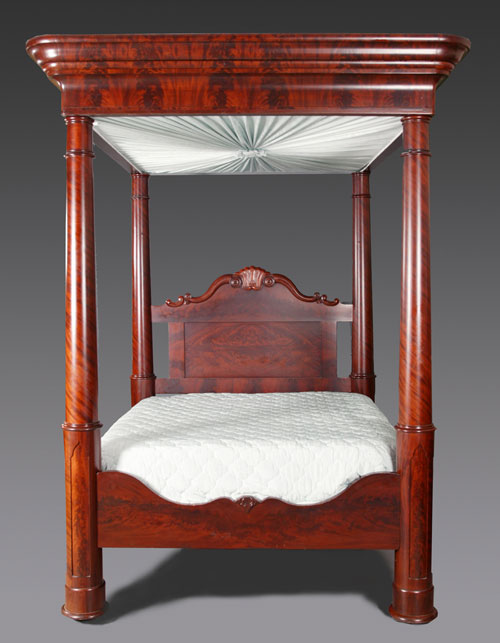 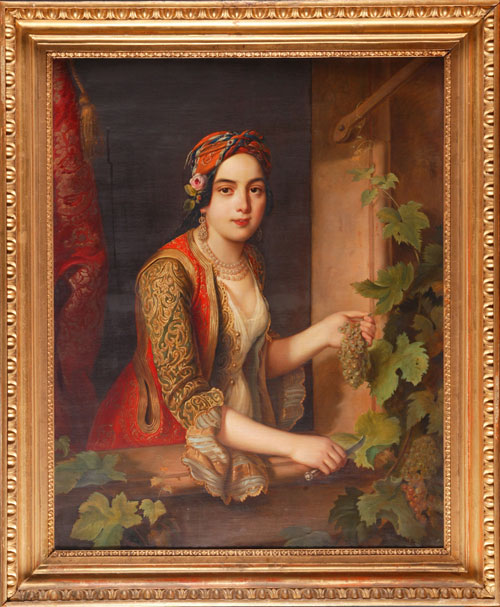 Louvre: Sketches found on back of da Vinci painting
Scroll to top