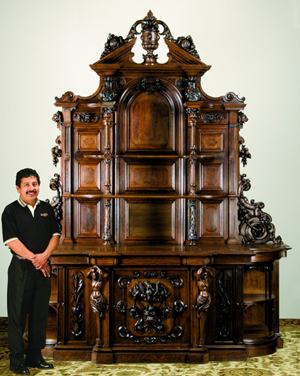 “This sale will feature property from prominent estates and collections from around the world,” said Marie Kowalik, president of Great Gatsby’s.

Furniture of note will include a massive 19th-century carved oak buffet attributed to Alexander Roux and believed to have been made for the 1853 Crystal Palace Exposition, 125 inches tall by 105 inches wide; a monumental mid-19th century French carved oak buffet, 145 inches tall by 114 inches wide; and an early 19th-century Irish Chippendale mahogany console.

From the Asian items category, two lots expected to do well are a Chinese carved wedding bed, 100 inches tall by 82 inches wide, and a pair of antique Asian woven hats, including one rattan Chinese military foot soldier’s hat from the Qing Dynasty a World War I-era woven coolie hat.

Artwork will be offered in abundance. A few expected star lots will be a mid-20th century mixed media work by Xie Zhi An, titled and dated en verso Early Spring in the Commune (1964); an early 18th-century oil on canvas on panel depiction of the Holy Family; and a 19th-century Italian bronze sculpture of Mercury, 75 inches tall by 12 inches in diameter at the base.

Folks in the hunt for a rug or tapestry will also feel fortunate. The auction will feature a nice grouping of finely woven, 100 percent silk Persian rugs, ranging from a palace-size Tabriz, magnificent at 13 feet by 20 feet to something more modest, about 8 feet by 10 feet; as well as an early 18th-century French verdure Aubusson tapestry, 114 inches high by 164 inches wide.

Rounding out just some of the day’s expected top lots will be an early 19th-century British military officer’s campaign trunk with brass bound strapping; three 19th-century needlepoint valances with a central petite point heraldic crest, mounted for hanging; a pair of late 19th- century oversized English porcelain hand-painted vases, 28 inches tall and 9 1/2 inches diameter at the base; and a mid-19th century Continental iron shield with a well-detailed figural battle scene.

The auction will be conducted at Great Gatsby’s Gallery, 5180 Peachtree Industrial Blvd. in Atlanta.

For additional information on any lot in the sale, call 770-457-1903 or e-mail auction@greatgatsbys.com. 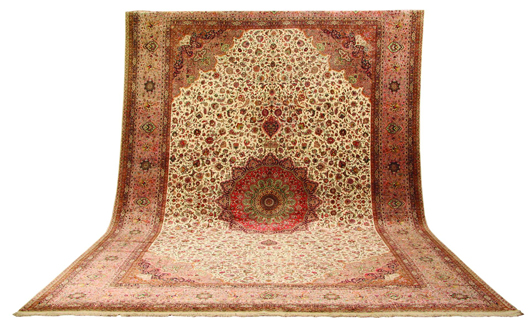 A grouping of finely woven, 100 percent silk Persian rugs, like this massive Tabriz, will be sold. Image courtesy of Great Gatsby’s. 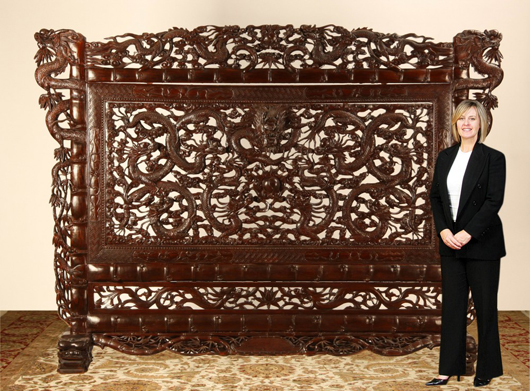 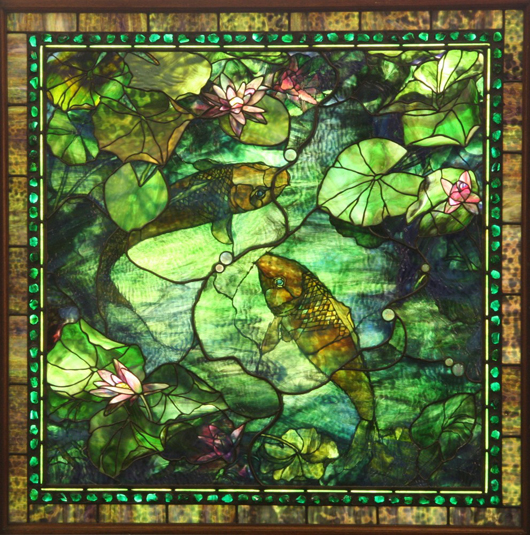 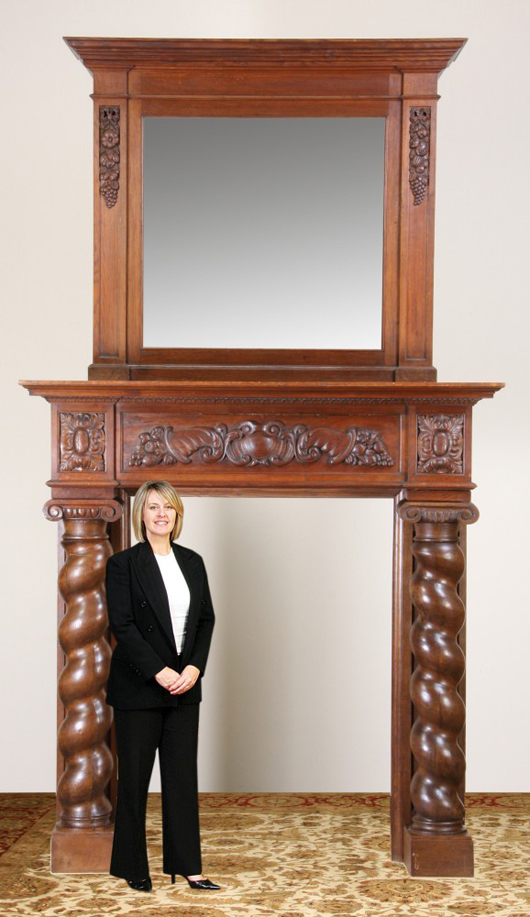 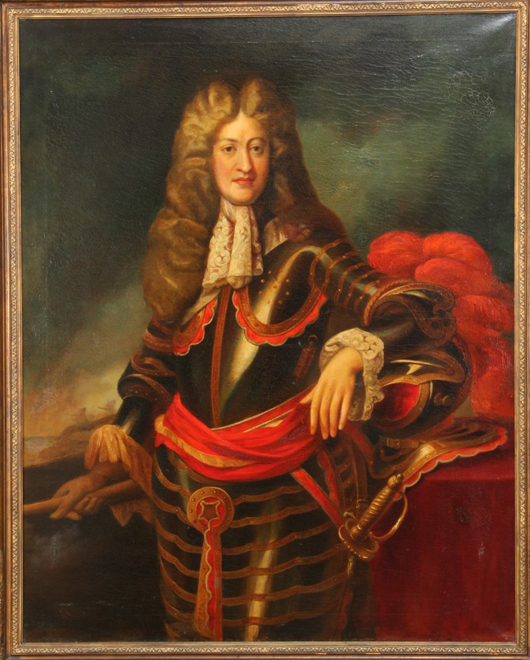