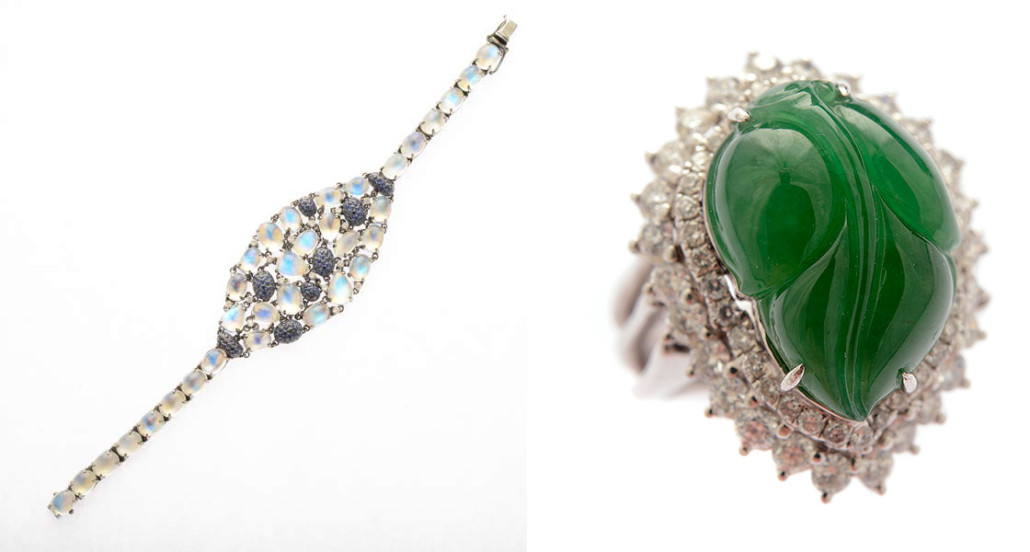 The ethereal aesthetic of moonstone takes center stage in a bracelet of clusters of the milky stones accented by sapphires (lot 161, $2,000-$4,000).

Over 80 lots of Asian origin are held in the September sale, with a unique pair of temple standards providing unusual decorative elements at auction. The gilt metal standards adorned a temple in Hong Kong in the 1890s. The pair has an estimate of $1,000-1,500. 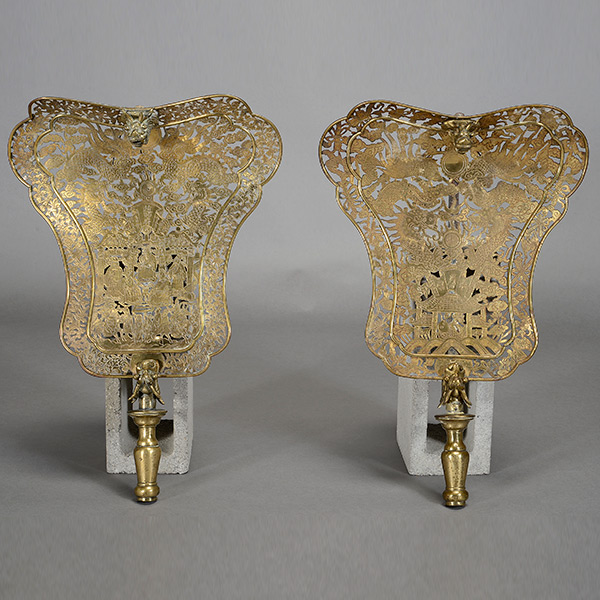 John F. Kennedy, Marilyn Monroe, Andy Warhol, Richard Nixon and Nelson Rockefeller are a few of the icons of the 20th century captured in Garry Winogrand’s 15 Big Shots. The black and white photograph portfolio by American photo great Winogrand (1928-1984) is a prestigious grouping of influential, heavy hitters of the time, “big shots” as he has deemed them. Also included in the collection, enveloped in a hardcover canvas case, are images of Jackie Robinson, Norman Mailer, John Huston, Hugh Hefner with Jesse Jackson, Muhammad Ali, George Wallace, Betty Freidan, Diane Arbus, John Glenn with Walter Cronkite and Lyndon Johnson. Each photo print measures approximately 16 inches in height by 20 inches in width, with the collection in overall good condition.

Winogrand remains one of the most highly acclaimed photographers of American life, particularly in New York City, from the 1950s to the early 1980s. Well-known as a street photographer, his impeccable eye lead to high acclaim with three Guggenheim Fellowships bestowed upon him in 1964, 1969 and 1979, as well as a Fellowship received from the National Endowment for the Arts in 1975. Winogrand’s 15 Big Shots carries an estimate of $15,000-$25,000. 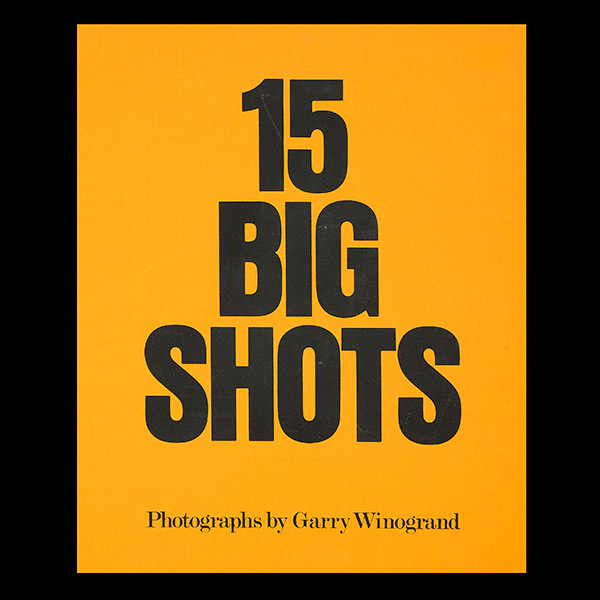 A model 87 Isamu Noguchi for Knoll child’s table is accompanied by a Harry Bertoia child’s wire chair, listed as lot 383 with an estimate of $800-1,200. In fine condition, these pieces keep have a sophisticated, minimalist modern aesthetic, perfectly scaled for children. 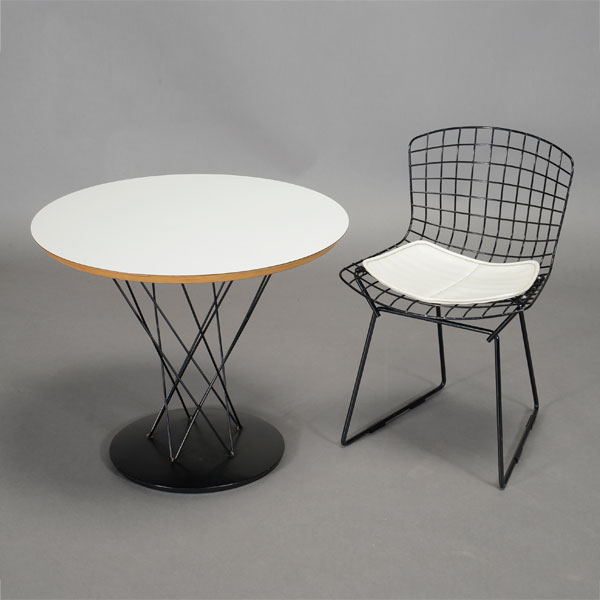