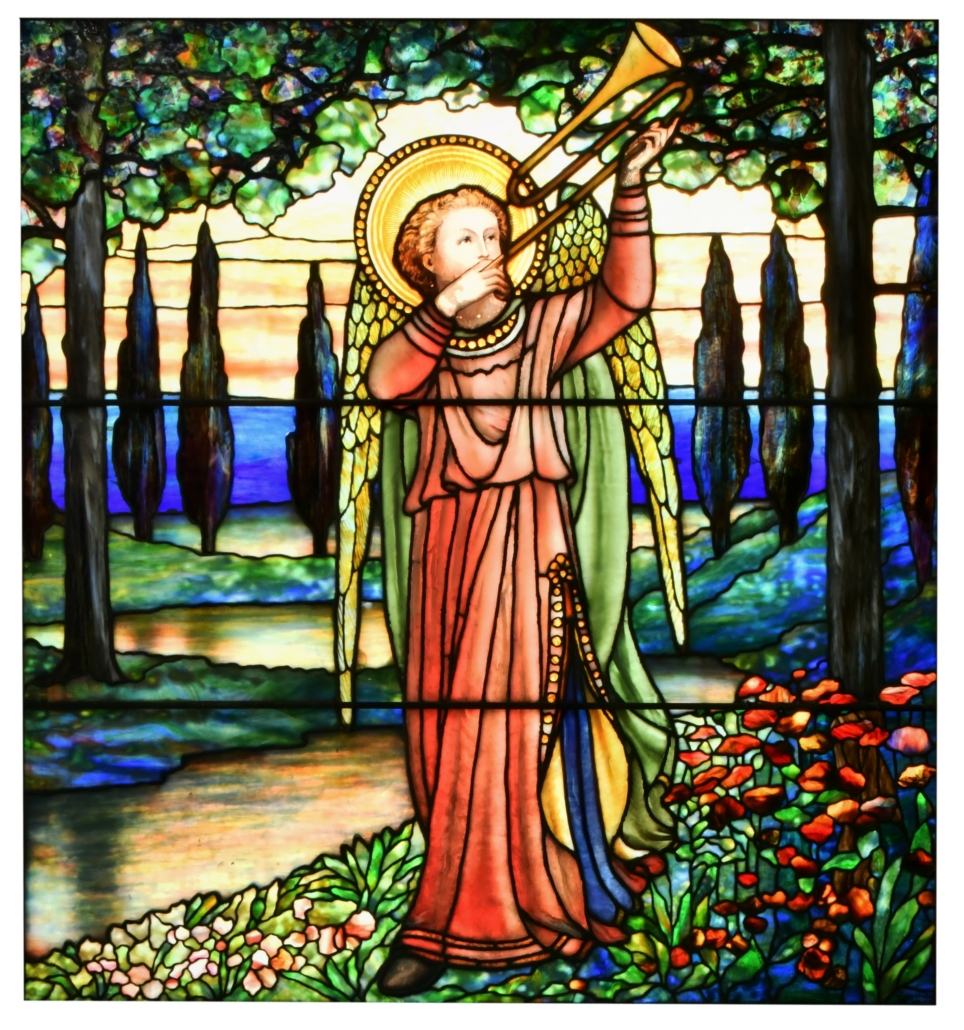 The auction will kick off with an iconic example of art glass: a Tiffany Studios Peacock and Gooseneck Favrile glass vase, estimated at $15,000-$25,000. It is said to be one of Louis Comfort Tiffany’s most original forms, inspired by the Persian rosewater sprinklers he esteemed. The Peacock versions of this vase were made with five types of glass, two of them being aventurine (glass flecked with gold particles). 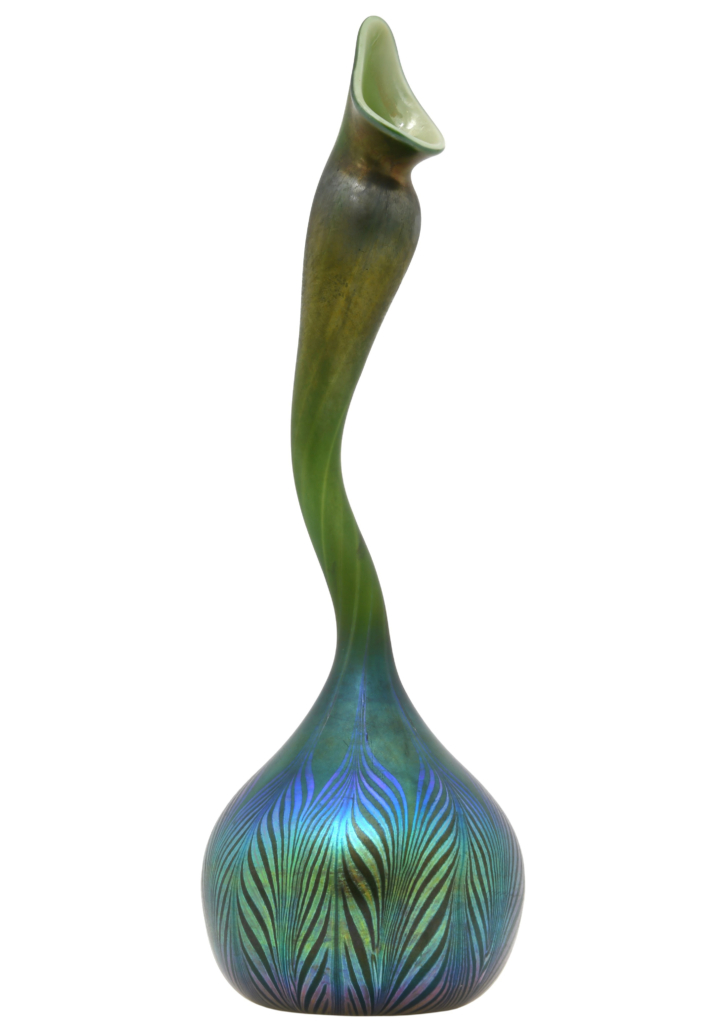 The likely big standout item in the auction is also by Tiffany Studios — a striking circa-1916 leaded and acid-etched glass window, Gabriel Blowing His Horn, estimated at $70,000-$90,000. The window has a strong visual presence that seems realistic while highlighting the supernatural essence of the angel portrayed. 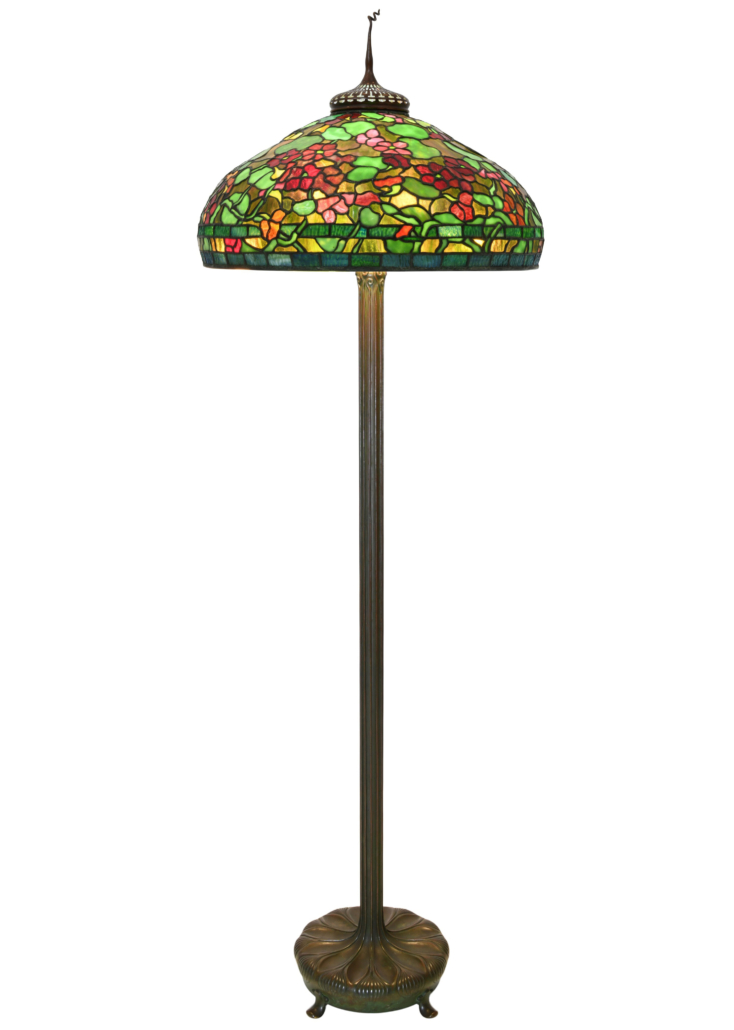 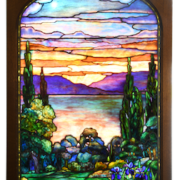 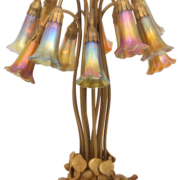