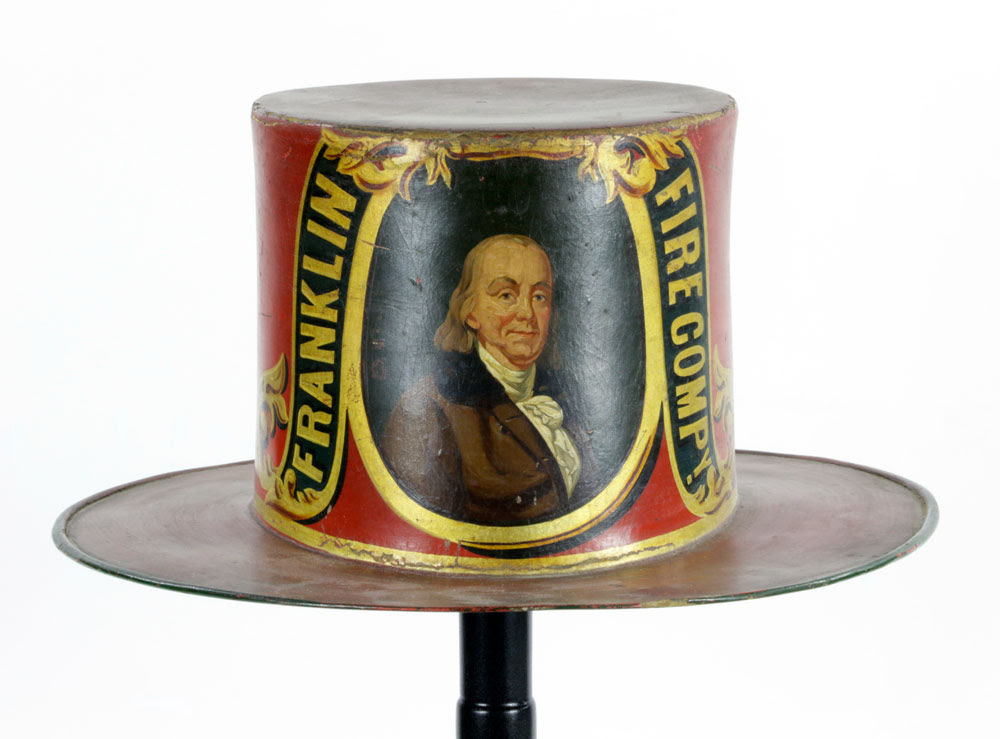 BEVERLY, Mass. – Kaminski Auctions’ April 30 sale will present a very unique piece of American history with the recent discovery of a rare firemen’s ceremonial parade hat dated 1764. Purchased at a yard sale at in Milton, Mass., the hat is made of pressed resin felt and has a hand-painted picture of Benjamin Franklin on the front bordered by the words Franklin Fire Company in gold metallic paint and with the initials JF on the stovetop. Absentee and Internet live bidding is available through LiveAuctioneers.

The hat is from the Franklin Fire Company of Germantown, Pa. Devastating fires wreaked havoc on Colonial life and Germantown, once a part of Philadelphia. In 1764 its citizens decided to create their own separate volunteer fire company. This volunteer fire brigade was known as The Fellowship of the Upper Ward that later became the Franklin Fire company with Benjamin Franklin as their figure image. These special occasion hats or “parade hats” as they became known were worn by the fireman in parades, to county fairs, and in pumping competitions. Kaminski Auctions expects this unique piece of Americana will bring $8,000-$10,000. 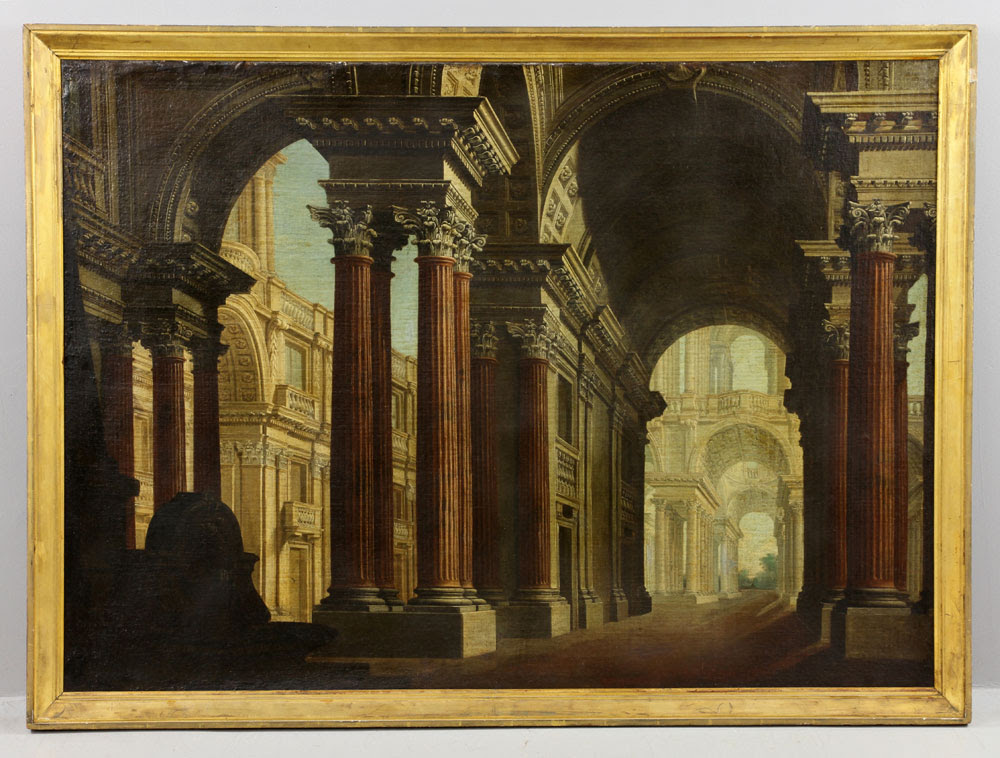 Sculpture in the auction features an Ernest Rancoulet (French, 1870-1915), neoclassical bronze on of cherubs, on a marble base, titled the Triumphator, and signed “Rancoulet.” Measuring 44 ½ inches high and from a Palm Beach, Florida estate it is valued at $6,000-$8,000.

A large and varied selection of silver entries in the sale includes several important Persian items. A pair of Persian silver vases weighing 224 ounces and a two-piece Persian silver compote weighing approximately 182 ounces are both from a New England estate.

Continental porcelain in the auction includes a 19th century Russian monumental porcelain urn (below), hand decorated with a bronze leaf border design on top, estimated at $5,000-$7,000, and a Royal Vienna charger signed Kaulbach, measuring 19 ½ inches in diameter, estimated at $3,000-$4,000. 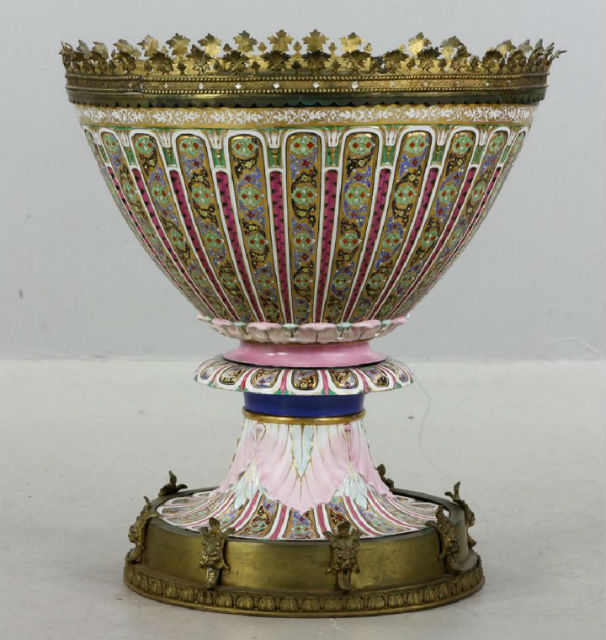 Other Continental items of interest include a pair of Bohemian cut glass ruby decanters and a late 19th century French Empire bronze urn on a special bronze fluted marble base, having scroll handles. Originally purchased from Sotheby’s, New York, 25 years ago, this outstanding piece is estimated at $5,000-$7,000.

Clocks are numerous in the sale and include a carriage clock with two miniatures, a late 19th century two-piece French globe clock of bronze and onyx and a bronze dore and marble clock with double-face pendulum.