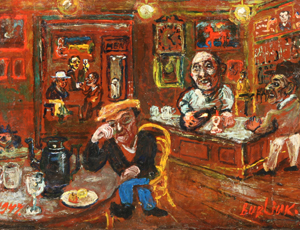 NEW YORK – Gene Shapiro, president of the Russian art specialists Gene Shapiro Auctions, has announced his company’s relocation to elegant new premises in New York City. The firm’s new headquarters are at 506 East 74th Street in the Upper East Side section of Manhattan.

An inaugural auction of Russian art to officially launch the new gallery is planned for June 15, commencing at 12 noon Eastern Time. Internet live bidding will be provided by LiveAuctioneers.com.

“I am very happy that we have been able to make this move,” Shapiro said, “as this has been something we have been wanting to do for a while, but we were waiting for a great space to come onto the market.”

The new gallery is conveniently located next to the intersection of 74th Street and York Avenue, which is only two blocks away from Sotheby’s. This will allow both buyers and sellers of Russian art to easily visit both companies on trips to New York, Shapiro said.

In addition, Gene Shapiro Auctions, which has been conducting two auctions a year dedicated to Russian art, will now be able to expand their annual auction calendar, as they will now have all operations under one roof at a permanent location. “While the former space we used [as a live-auction venue] in the Chelsea district of Manhattan was beautiful, it really limited the amount of time we could spend on exhibitions,” Shapiro remarked. “This move allows us to have a convenient location for visitors from Russia and other countries to visit us at their leisure, as we will now have extended exhibition times and open office hours for visitors.”

Shapiro believes the opening of a new permanent location for his business is a positive sign for the Russian art market as a whole. “For many knowledgeable collectors, America has long been an important source for Russian artworks, but the venues for acquiring them have been limited,” he said.

Gene Shapiro’s June 15 auction is brimming with 19th– and 20th-century Russian paintings and sculpture. Highlights of the auction include a powerful and stoic early landscape by Abraham Manievich (1881-1942) that has never before been at market and was consigned from the private collection of the artist’s family; and a large and vibrant Moscow-period painting by Oscar Rabin (B1928) that was acquired from the artist by Walter J. Stoessel in 1976 [Stoessel was the U.S. Ambassador to the Soviet Union from 1974-1976].

The time period for artworks in the auction runs from the 17th century to present day and includes particularly strong collections of Russian bronzes, avant-garde works, theatrical costume designs and illustrations, modernist paintings by Russian artists who emigrated to the West (including Abraham Manievich, David Burliuk and Constantin Westchiloff, amongst many others), and contemporary art by famous artists of the 1960s-70s, and up to the present day. Other artists of note in the auction include Nicolai Fechin, Leon Gaspard, Grigory Gluckmann, Evgeny Lanceray, André Lanskoy, Mikhail Larionov, Mikhail Roginsky, and Vasily Sitnikov.

The auction will also feature numerous rare books related to Russian art and artists, including a 17th-century Russian Menaion that formerly belonged to the legendary nonconformist artist Vasily Sitnikov. Other books in the auction include a complete set of the influential early 20th-century arts journal Zhar Ptitsa, Bulgakov’s monograph on Vasily Verseschagin, Nevedomsky and Repin’s monograph on Arkhip Kuindzhi, the Legat Brother’s book of caricatures of Russian Ballet dancers, the 1899-1900 Annual of the Imperial Theatres (the only year in which Sergei Diaghilev participated in the publication), the 1924-25 Revue Internationale des Arts du Théâtre (with original pochoirs by Goncharova, deThomas and Lissim included), Konstantin Somov’s Le Livre de la Marquise, Alexandre and Cocteau’s monograph on Leon Bakst, and the 1927 Brentano’s monograph on Bakst.

Important examples of Russian decorative arts are included in the auction, including two 19th Century Russian porcelain vases made by the Imperial Porcelain Manufactory, several silver miniature travel icons in triptych form, and an early Cretan icon of the Nativity. In addition, the auction includes many collections of lithographs and hand-colored engravings that were produced in the 19th century illustrating Russian military uniforms, standards, and insignia; as well as André Durand’s views of Russia from his Excursion pittoresque et archéologique en Russie par le Hâvre, Hambourg, Lubeck, Saint-Petersbourg, Moscou, Nijni-Novgorod, Yaroslaw et Kasan published from 1842-1848. 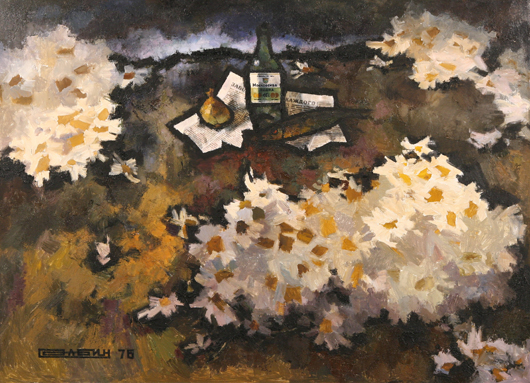 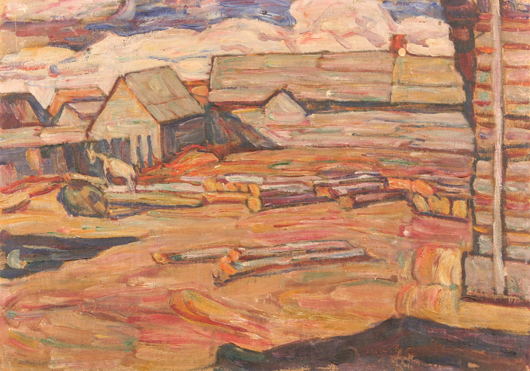 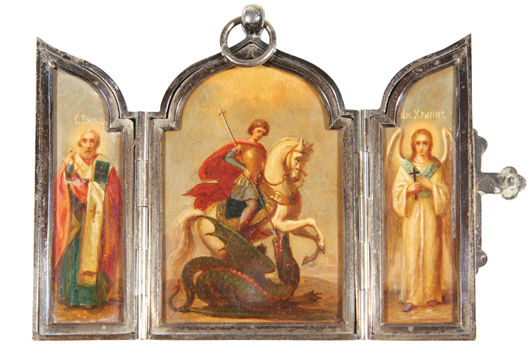 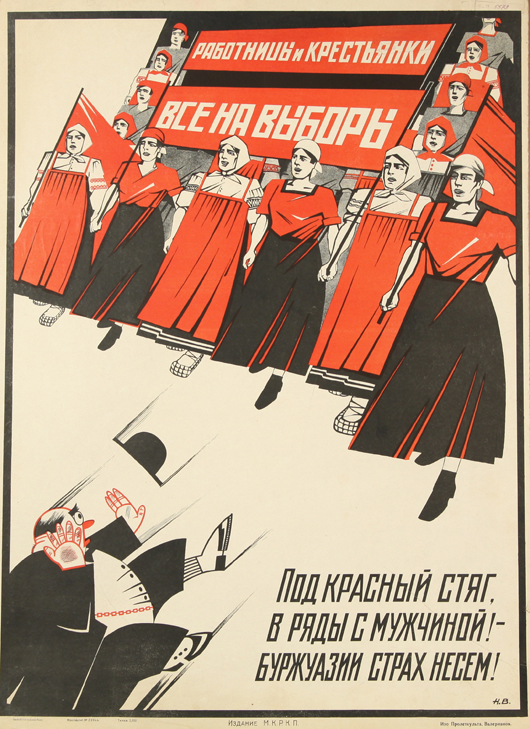 Poster, artwork by Nikolai Aleksevich Valerianov (Russian, b. 1905). Translated, the message reads: “Worker and Peasant Women – all should go to the polls! Gather under the Red Banner along with men. We bring fear to the bourgeoisie.” Estimate $400-$600. Image courtesy Gene Shapiro Auctions.

Reyne Gauge: Vintage and the City