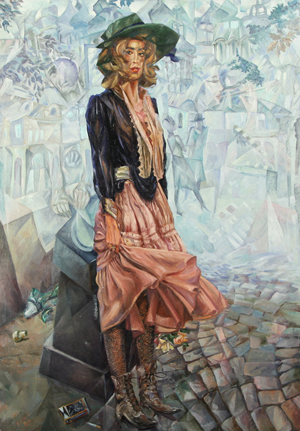 NEW YORK – Gene Shapiro Auctions LLC will conduct their Spring Auction of Russian Art on Saturday, April 16, during Russian Art Week. Both the auction and a week of preview exhibition starting on April 9 will take place at the company’s location at 506 E. 74th St. on the Upper East Side of Manhattan.

LiveAuctioneers will provide Internet live bidding. The auction will begin at 10 a.m. Eastern.

Company founder Gene Shapiro, is upbeat about both the quality and quantity of works that his eponymous firm will be offering, “With rising commodity prices and prominent buying by Russian buyers in the news, many private American collectors decided that now was the time to sell works that have been in their collections for years. As a result, we were able to obtain a lot of great consignments for this auction.”

Indeed, on offer at Gene Shapiro will be more than 400 lots of paintings, bronzes, icons, enamel, silver, porcelain, rare books and maps, swords and militaria, posters, and works on paper, most of which are fresh to the market.

“We wanted to have something for everybody in this auction – from collectors of antique icons, to rare books, to buyers of Imperial Russian porcelain,” said Shapiro. “We were helped greatly in this regard by several significant consignments from American families whose grandparents were buying and importing artworks from Russia in the 1930s.”

One of these collections came from the family of Dr. Adolphus Rumreich, who served as the physician at the U.S. Embassy in Moscow from 1935-1938. While there, he and his wife, Edna Irene Hall Rumreich, assembled a sizeable collection of Russian pre-revolutionary art and books then being sold by the Soviet government. They often accompanied American Ambassador to the Soviet Union Joseph Davies and his wife, Marjorie Merriweather Post, prominent American collectors of Russian artworks of the 20th century, when they visited Torgsin and other Soviet agencies that sold antiques to foreign dignitaries.

Another American collection including important sets of Imperial porcelain and early 19th- and 18th-century icons was consigned by a family whose grandfather was a diplomat in the Italian Embassy to the Soviet Union during the 1930s, and who was actively acquiring Russian works of art during his time in Moscow.

Among the rare and exceptional works of art from these collections are a rare 18th-century icon depicting the lives and works of Saint Nikolai Chudotvorets and Saint Christopher with elaborate basmany oklad (est. $5,000-$6,000); a collection of 82 pieces of Imperial porcelain from the Babigon Service, with both Nicholas I and Nicholas II hallmarks (est. $30,000-$40,000); a finely painted 19th-century porcelain tea service by the Popov Factory (est. $8,000-$12,000); volumes II and IV from Nikolai Kutepov’s Tsarskaya Okhota Na Rusi (est. $4,000-$6,000 each), and an intricately carved wooden presentation dish from the K. Sholtz Workshop in Moscow made in 1902 (est. $4,000-$6,000).

Gene Shapiro is also excited to offer for the first time at auction an exquisite collection of superbly preserved examples of Imperial headgear, most from the Life-Guards regiments at the height of the Russian empire’s splendor. Highlights from this collection include an extremely rare Russian Imperial Nicholas I era parade “misiurka” helmet of his Imperial Majesty’s own Caucasian-Mountains Life-Guards Half-Squadron konvoi escort (est. $30,000-$40,000), as well as a rare Russian Imperial cap of a bombardier regiment’s officer from 1775, during the reign of Catherine the Great (est. $20,000-25,000).

A rare oil on canvas by Gustav Klucis, with expertise from the Tretyakov Museum, depicting a seated abstract nude, is estimated at $200,000-$300,000. Two paintings by the important Russian émigré artist Abraham Manievich from a private American collection, one of a town view (est. $20,000-$25,000) and the other an oil on canvas of a winter scene ($15,000-$20,000) are prominently featured and highly accomplished works by the artist. Likewise, a 1948 portrait by the important futurist artist David Burliuk with characteristic bravura brushwork and vibrant palette goes on the block with an estimate of $30,000-$40,000. Other works in the sale include paintings by well-known Russian painters such as Vladimir Aralov, Eugene and Leonid Berman, Mikhail Guzhavin, Stepan Kolesnikoff, Alexei Korzukhin, Alexander Makovsky, Konstantin Makovsky, Sacha Moldovan, Pavel Naumov, Vassili Polenov, Jean Pougny, Sergei Soudeikine, Feodor Sychkov, Pavel Tchelitchew, Alexandra Venetsianova, Ilya Zankowski, and Richard Karlovich Zommer.

Contemporary artworks by the well-known names of Russian contemporary art also play a significant role in the auction. From the family of a private American collector who was purchasing works in the 1980s and 1990s, comes a large-scale oil on canvas by Leonid Purygin (1951-1996) depicting the artist crossing the Atlantic Ocean to visit the Metropolitan Museum in New York (est. $30,000-$40,000). From the same collection, is another large work by Vyacheslav Kalinin, Girl from Playboy, which was exhibited at the retrospective exhibition of the artist at Nakhamkin Fine Arts in the 1980s and illustrated in the catalog accompanying the exhibition (est. $20,000-$30,000). Other works in the auction by prominent Russian contemporary artists include those by artists including Alexander Arefiev, Vagrich Bakhchanyan, Grisha Bruskin, Eduard Gorokhovsky, Ilya Kabakov, Vasily Kafanov, Valery Koshlyakov, Dmitry Krasnopevtsev, Lev Meshberg, Vyacheslav Mikhailov, Evgeny Mikhnov-Voitenko, Tatiana Nazarenko, Natalia Nesterova, Shimon Okshteyn, Boris Orlov, Dmitry Plavinsky, Alexander Roitburd, Mikhail Roginsky, Vladimir Shagin, Leonid Sokov, Boris Sveshnikov, Nikolai Vechtomov, and Anatoly Zverev. 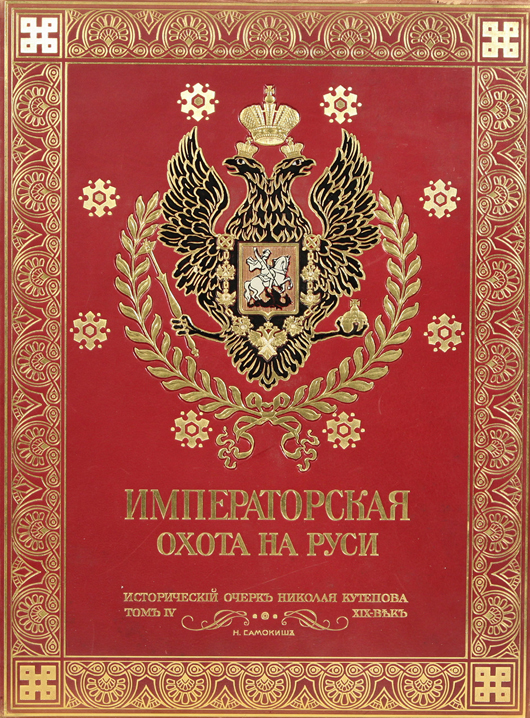 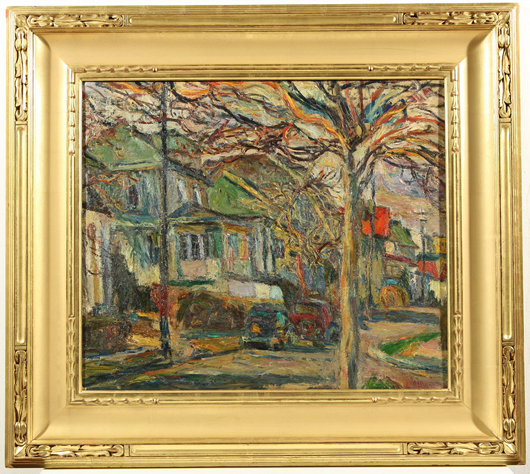 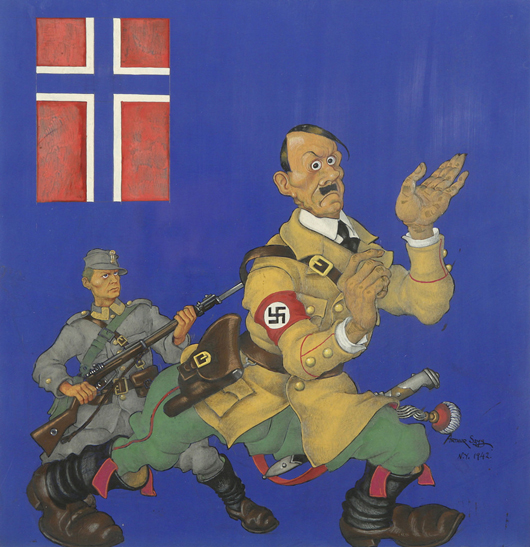 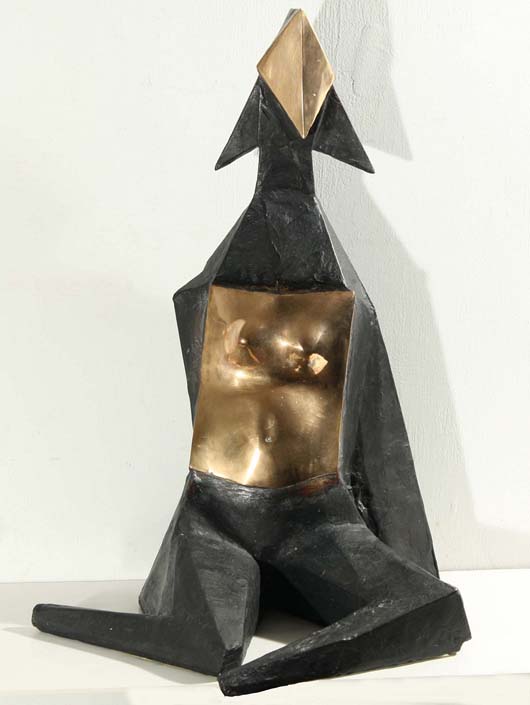 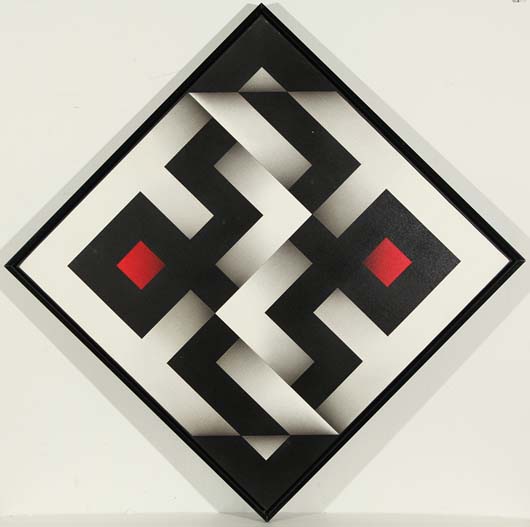 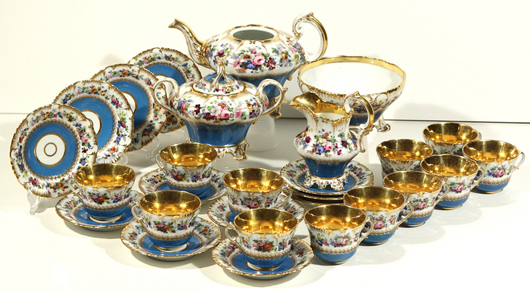 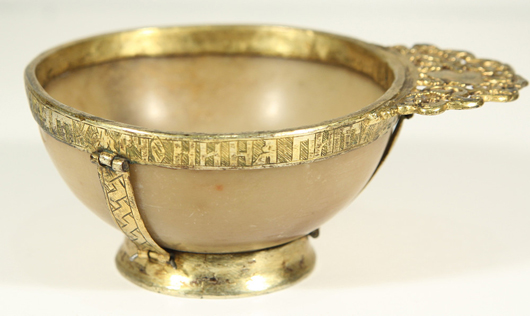