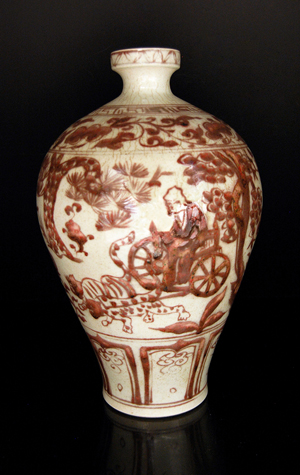 Painting highlights include Lot 24, Jiang Tingi’s Qing Dynasty work, Mandarin Duck in Lotus Pond. With two ducks below, a bird above the lotus blossoms and a poem in the upper right, the inscribed ink and color on paper is an excellent example of the romanticism and balance inherent in fine Chinese paintings. Interestingly, the artist is known as more than a painter or scholar. He was also editor of the Gujin Tushu Jincheng encyclopedia, published in 1726. Mandarin Ducks in Lotus Pond is expected to fetch upward of $250,000.

Similarly, Lot 37, Voice in the Pine Valley, by Tang Yin (1470-1523), is evocative of the loneliness of a barely discernable rider atop an outcropping of rock set against distant mountains. The painting bearing the artist’s seal, seven Emperors’ and three collectors’ seals. It illustrates his artistic skills and profound insight. Tang is one of the elite Four Masters of Ming Dynasty.

One of the most instantly appealing paintings is Lot 27, Zhong Kui Drawing Bat for Good Fortune, by Gong Kai (1222-1304). With few of the artist’s works remaining – celebrated examples can be seen at the Osaka Museum and the Freer Gallery – this ink and color on paper depicts the mythological Zhong Kui, pigtails flying and robes askew, chasing bats. Meanwhile, calligraphy inserted in the negative spacerecounts the legend. The painting’s estimate can be obtained by calling Gianguan Auctions.

Several paintings by the enormously popular Qi Baishi show the range of the painter’s work. Lot 59, Portrait of Zhong Kui, The Exorcist from Nam Sam, takes another look at the eccentric ghost-chasing figure. Lotus, on the other hand, is a prime example of Qi Baishi’s fluid, naturalistic style. Lotus leaves are rendered in flourishes of gray and black splashed by magenta blossoms. Another treatment of the auspicious Lotus is Lot 28, by Liu Haisu. Also in tones of black and gray, it is lusciously splashed with gold. Estimate, $8,000 or above.

When it comes to depicting reality within a romantic setting, Li Keran (1907-1989) did it with aplomb in Admiring Mountain Scene. Here a sparely rendered peasant in simple clothing and triangular hat strains atop a water buffalo to take in the beauty of a majestic mountain range. The painting is valued at a minimum of $150,000. Lot 62, is another of Li’s Buffalo Herders in Shade, depicting boys frolicking in pond with their buffalos.

The afternoon session of fine Chinese ceramics and decorative art leads with Lot 198, a rare red meiping telling the story of Gui Guzi. The noted Warring States period philosopher is depicted in a cart drawn by a tiger and leopard. It follows two foot soldiers preceded by an equestrian with banner. The tribute is anchored by a lotus lappet band and topped by a continuous floral scroll. The baluster form vase is covered overall with a translucent bubble-suffused glaze of bluish green tone with bright crimson splashes. Again, estimate is by request.

Lot 205 is a rare Blue and White fish vase with strong visual appeal. Ten inches tall, the gently sloping vase is decorated with four scaly fish making their way through aquatic plants. The main scene sits above a band of lotus lappet and below a band of floral spray. It is of the Ming Dynasty period and bears the Hongwu Six Character mark. Estimate is $60,000-$80,000.

Lot 266, a rare yellow ground vase with green dragon is a standout in the $5,000-$6,000 range. The delicately formed baluster body with long neck and flared rim is wrapped with a lively dragon chasing a flaming pearl. Of the Qing Dynasty, It bears the Kangxi Six Character mark.

Other highlights in the moderate price range include Lot 133, a carved spinach-green jade circular box with cover. On either side, two conforming dragons chase a flaming pearly. On the cover, the dragon clutches the flaming pearl. Supported on three tab feet, the Qing Dynasty box with Qianlong four character mark, and of the period, is estimated $8,000 and above.

Another charming decorative item is Lot 140, a hetian jade carving of the Monkey King trapped in Buddha’s five-pillar mountain ($3,000-$4,000). Meanwhile, a massive shoushan stone boulder, Lot 134, depicts a mountainside on which scholars walk across a wood bridge near a waterfall ($6,000-$8,000). 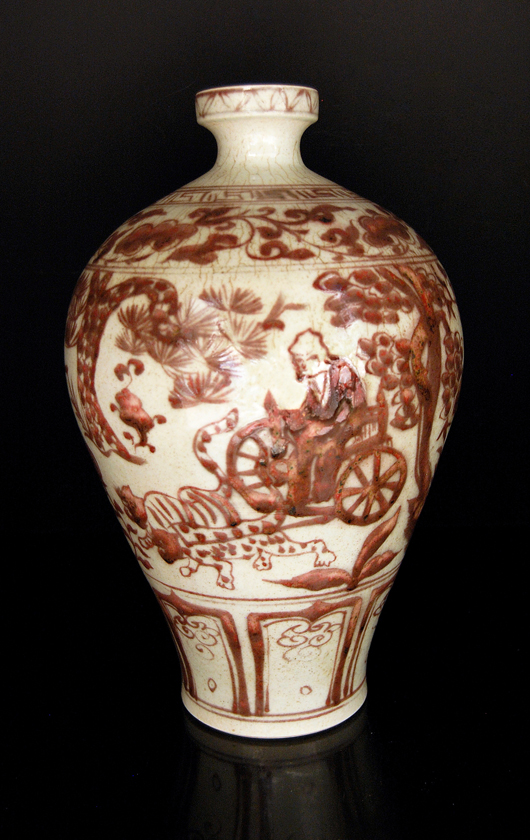 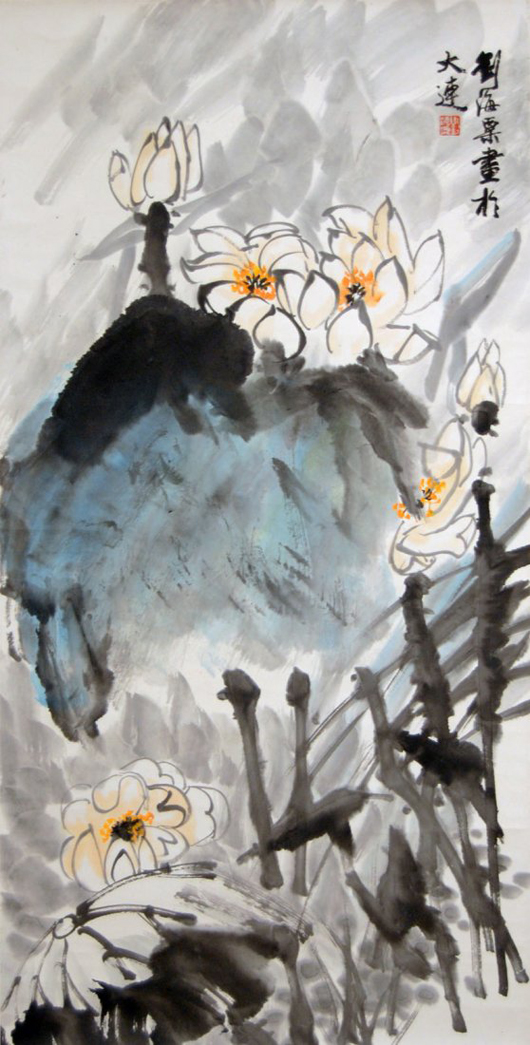 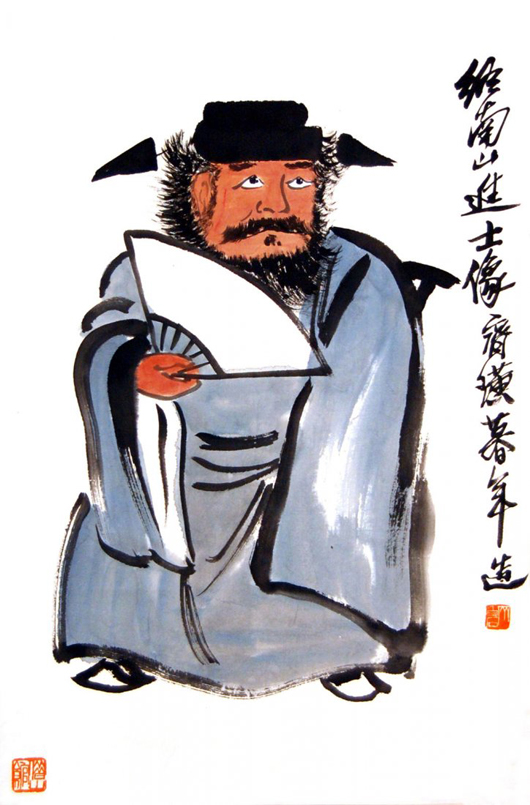 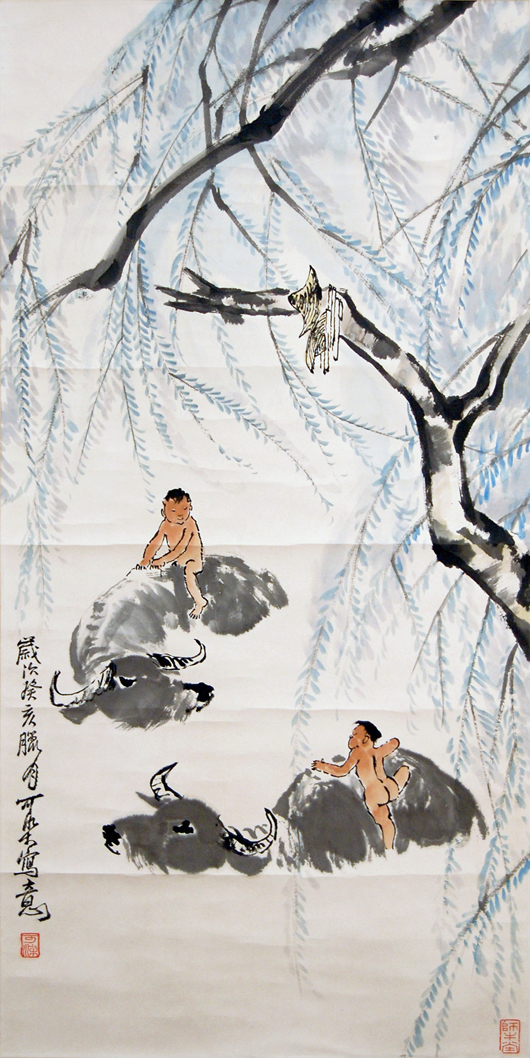 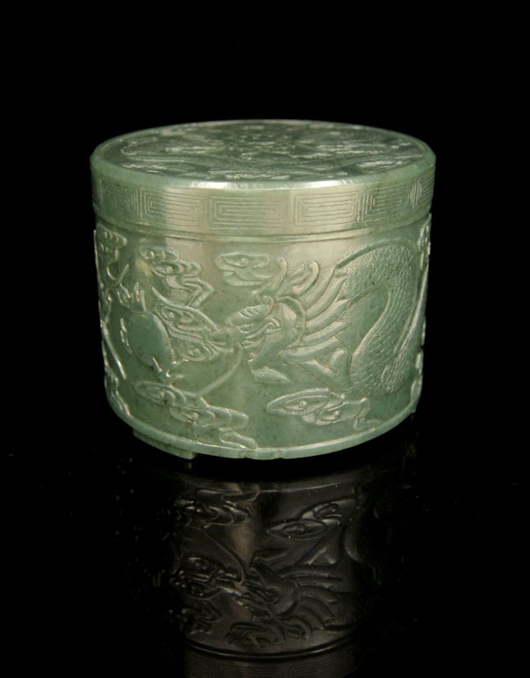 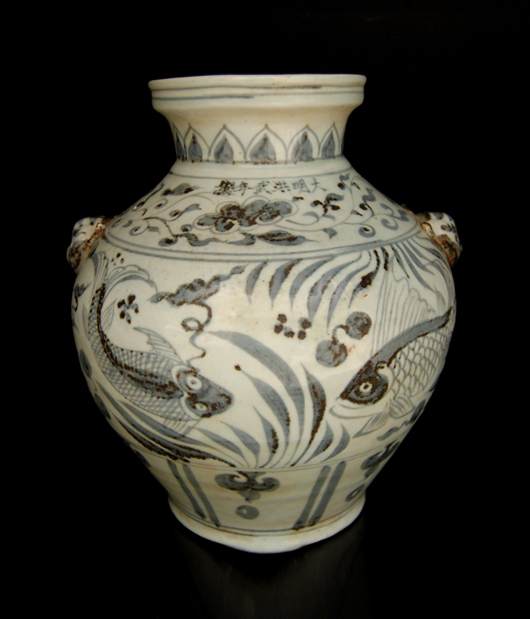 Reading the Streets: Yarnbombing in Reykjavik