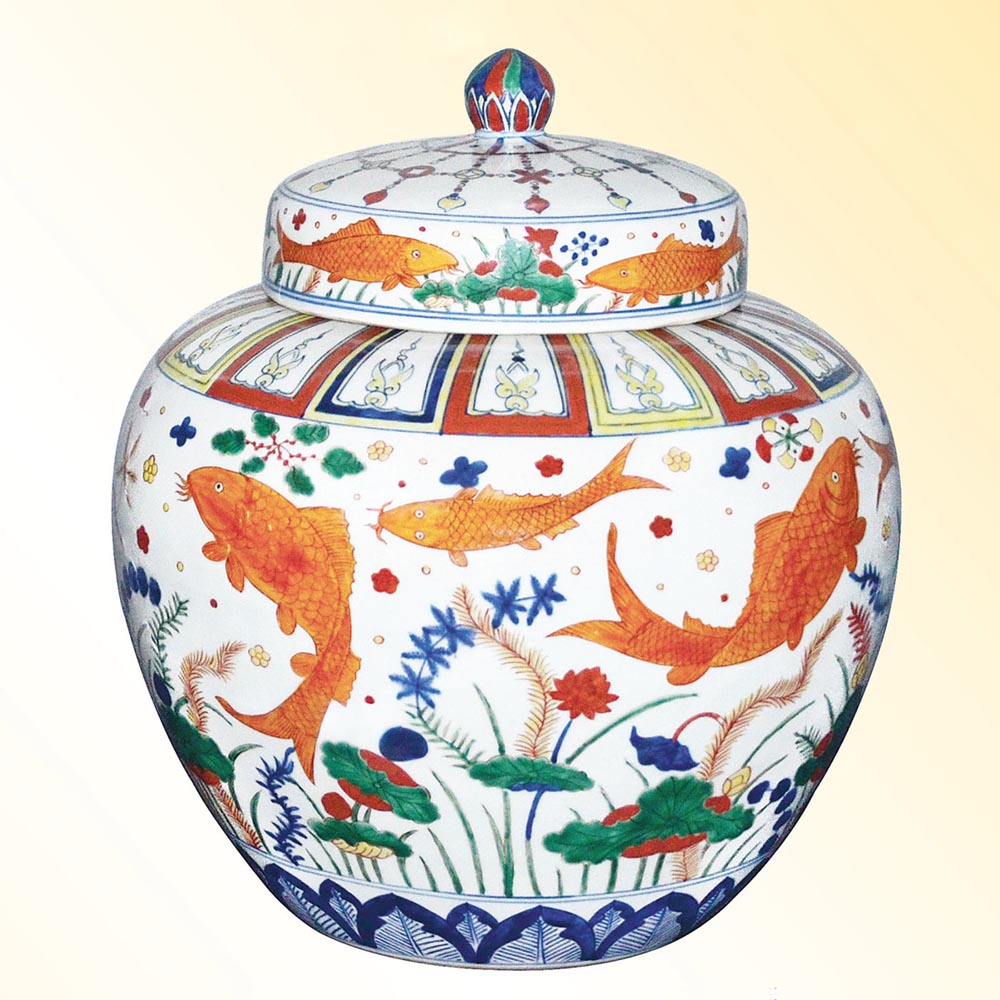 Highlights of the major categories begin with a collection of Chinese ceramics that epitomizes Chinese artisans’ mastery of potting hard-paste porcelain (centuries before Meissen discovered the secret) and decorating it with complex layers of glazes.

A Wucai fish jar with cover (above) reflects the porcelain preference of Ming emperors Jiajing, Longqing and Wanli. The depiction of golden carp in a lotus pond plays out on a blanc-de-chine ground with underglaze blue enlivened by enamels of golden yellow, green, red, brown. Free-form flourishes attest to the high standards demanded of court artisans. The sturdy, globular jar is early Ming, as evidenced by the Jiajing six-character mark. It is valued at $3 million.

The second cover lot is a magnificent painting, Gathering Beneath the Sycamore Tree, by Qiu Ying (1495-1552). It is painted in the gongbi (realistic) style and evokes a slice of life among women of the Ming court who have gathered in a garden for tea. The portrayal is colorful and detailed. Signed Qiu Ying, with one artist seal, seven emperors’ seals, six collectors’ seals and colophon by Gao Shiqi, the painting is estimated at $1.3 million. 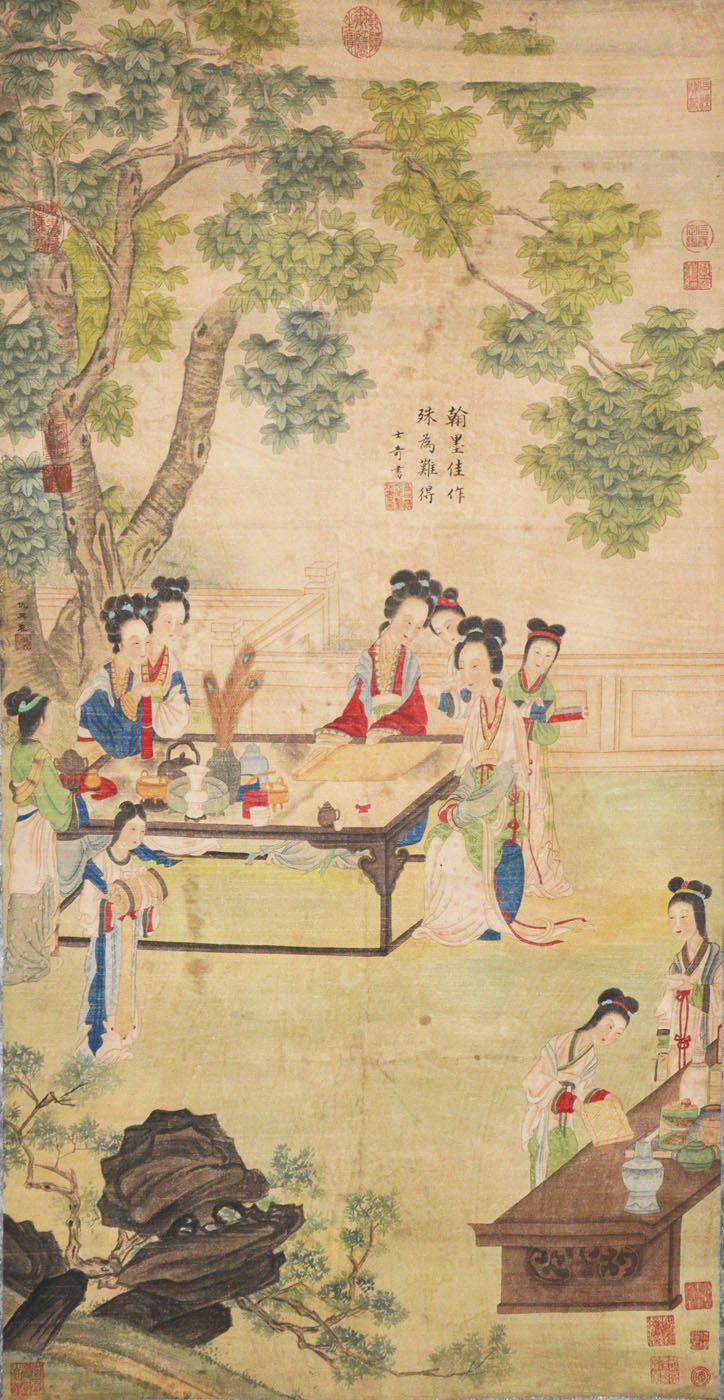 Leading the landscapes is Visiting Friends, by Tang Yin (1470-1523), the painter and poet, one of the “Four Masters of the Ming Dynasty.” Set against a mountain range, this monochromatic ink-on-paper offers viewers a peek into a humble, rural house occupied by a solitary soul who is about to receive the guest entering the gate. Inscribed and signed Tang Yin with two artist seals, 12 collectors’ seals and six emperors’ seals, it will bring upward of $500,000.

Jade, once prized more than gold, silver or bronze, has not lost its appeal to collectors. Personal items and jade jewelry kick off the auction. GIA certified properties include a cylindrical jadeite bangle of translucent green with vivid emerald streaks. It is valued at $20,000. 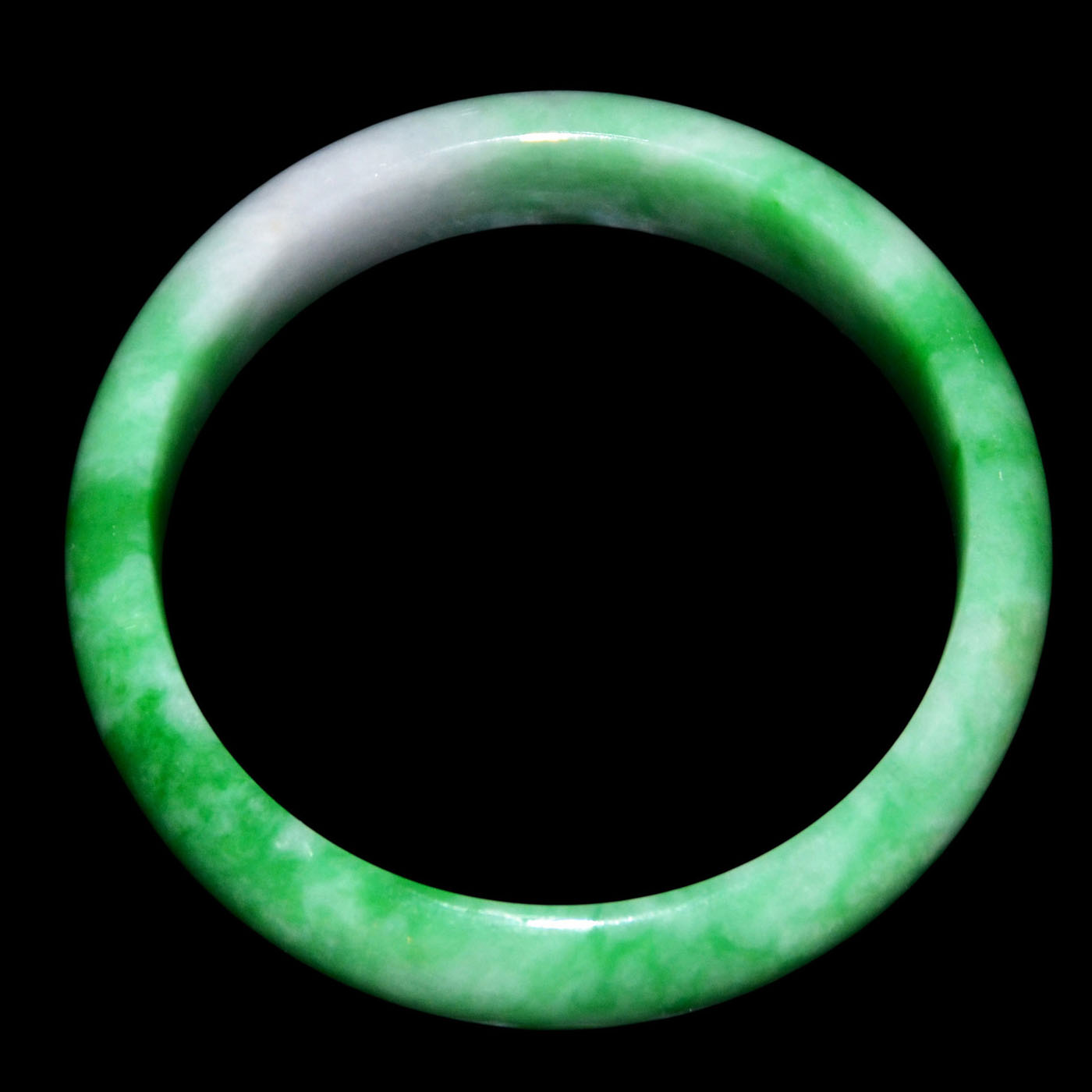 Delving deeper into the collection of ceramics, collectors will find fine examples of copper red, a difficult to manage glaze that runs and burns easily. By the Ming Dynasty, artisans had mastered the skill of thick application that allows the color to spread evenly through its depth, as in Lot 208, an octolobed brush washer (below) decorated with ruyi cartouches and a yin/yang center medallion. The reign mark is inscribed in a roundel on the correspondingly lobed foot. The 8-inch treasure will find interest at $120,000. 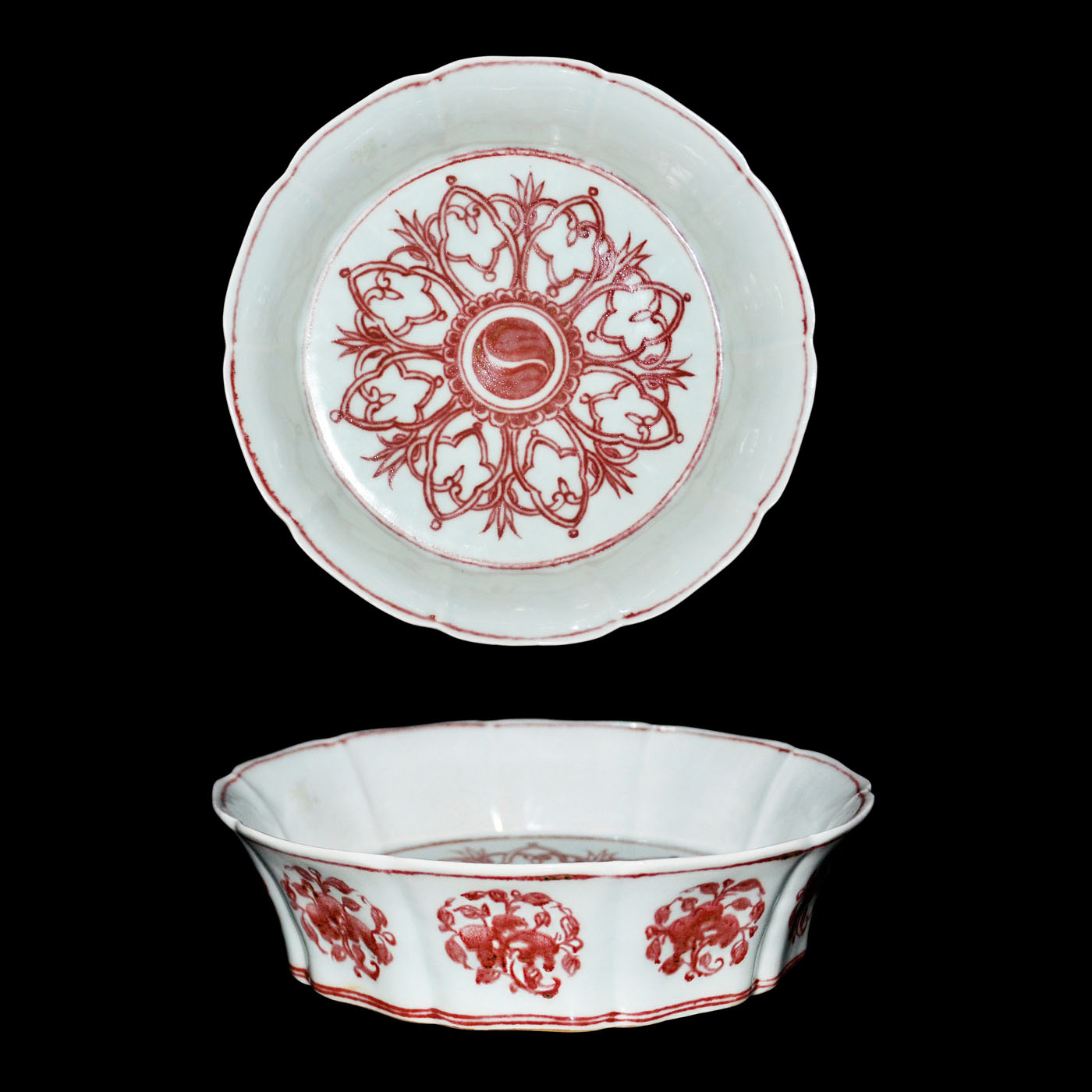 Twentieth century artists taking their turn at the podium include Zhang Daqian, represented by no less than nine works. At the high end, Lot 141 Tibetan Girl with Mastiff, dated 1945, is a full-length portrait of a woman in a red coat leading her dog. It is signed with two artist seals, and expected to bring $150,000.