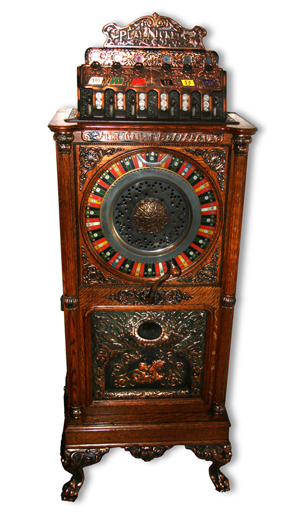 TEHACHAPI, Calif. – On Jan. 1, 2012, California-based Government Auction will host its seventh annual New Year’s sale, featuring rare gold coins, fine jewelry and gems; art and antique music machines. More than two million dollars in merchandise will be sold to the highest bidder at the event, which is structured as an absentee, phone and Internet auction, with Internet live bidding available through LiveAuctioneers.com.

The company traditionally reserves for its annual New Year’s sale only the best and most valuable items in its inventory. “It takes a lot of time to prepare for our New Year’s auction, but it’s always worth it. Collectors love it because most of the lots have no reserve and start with an opening bid of only one or two dollars,” said Chris Budge, of Government Auction’s Marketing department.

A strong candidate for top lot of the 2,000-lot sale is a 1795 13-leaves $10 gold eagle coin. Fewer than 5,100 gold eagle coins were minted in 1795 – some with the eagle grasping a branch with 13 leaves and others with nine leaves. Only 400 to 500 examples of the 13-leaves coin are known to exist. These coins hold strong interest with collectors because they were the first U.S. gold eagle coins to be stamped. Designed by Robert Scott, each weighs 17.5 grams and has 91.7% gold content. The coin in Government Auction’s sale is graded NGC AU by Numismatic Guaranty Corp., and is expected to make $123,000-$246,000.

Several truly exquisite necklaces are entered in the auction. A design in 18K yellow and white gold features 35 emeralds with a total weight of 19.02 carats and 288 diamonds having a total weight of 7.20 carats. The Gemological Laboratory of America has valued the necklace at $86,419. It carries a presale estimate of $43,000-$86,000.

An 18K yellow gold necklace with 36.15 carats of genuine Ceylon cabochon sapphires and 3.5 carats of diamonds could fetch $32,000-$64,000; while a striking 7.90-carat cabochon ruby pendant-style 14K gold necklace is estimated at $18,000-$36,000. The ruby in the latter necklace is a blood-red color and serves as the focal point of three stepped squares of surrounding diamonds. The pendant is suspended from a heavily diamond-encrusted necklace. Yet another select entry is the 2,281.35-carat faceted emerald gemstone, described as having a “dark tone with strong, vivid saturation.” The massive emerald could realize close to $80,000 on auction day.

A signed John Lewis Brown (French/Scottish ancestry, 1829-1892) oil-on-board painting showcases the artist’s skill in painting equine, canine and military subjects. “Brown was influenced by the Impressionists, especially Degas, which is obvious in this painting,” said Budge. The framed 18 by 22in. pastoral work is estimated at $13,500-$27,000.

The auction will not be short of musical accompaniment with a 1940s Rock-Ola jukebox in the lineup. The classic jukebox plays 78 RPM records and exudes visual appeal with its colorful, illuminating Art Deco façade. Estimate: $5,100-$10,200. Two early forms of mechanical musical entertainment will be available to bidders, as well. A rare Polyphon music box in immaculate condition carries an estimate of $10,500-$21,000; while a Regina upright music box in mint condition and accompanied by 15 discs may climb much higher, to its estimate of $57,000-$114,000.

From the same general timeframe as the mechanical music machines, a Caille upright 5-cent slot machine is richly decorative, with a copper marquee, front plates, paw feet and additional trim to its handsome oak body. A stunning work of art, its target price is $66,000-$132,000.

Sports fans won’t want to miss the opportunity to bid on a custom-matted and framed collage of autographs, images and collector sports cards representing the athletes known collectively as the “NBA 60 Greatest Players.” Among the superstars included in the collage are Michael Jordan, Wilt Chamberlain, “Pistol” Pete Maravich, Larry Bird, Magic Johnson, Kobe Bryant, Julius “Dr. J” Erving, Kareem Abdul-Jabbar, Shaquille O’Neal and many other masters of the hardcourt. An estimate of $14,997-$29,994 has been set on this lot. 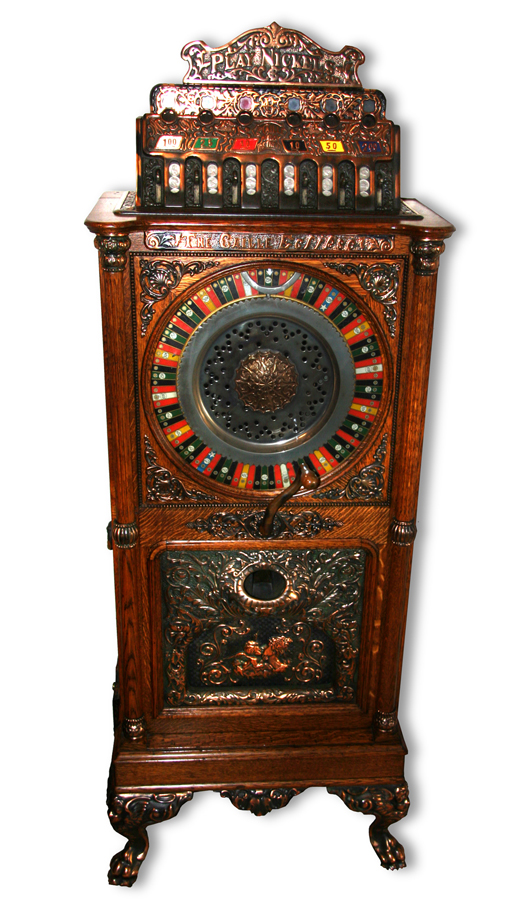 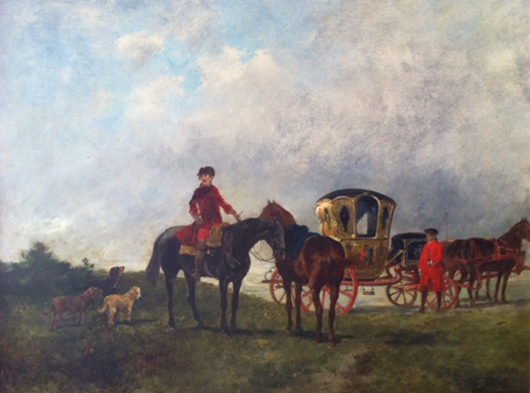 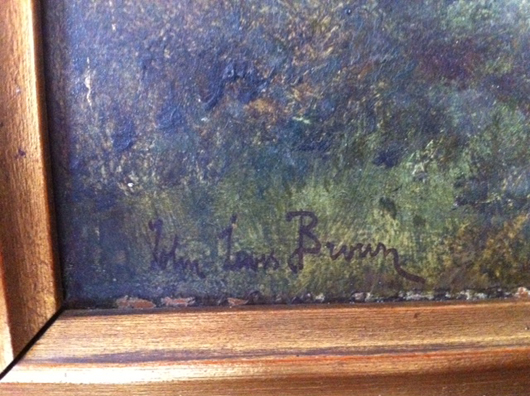 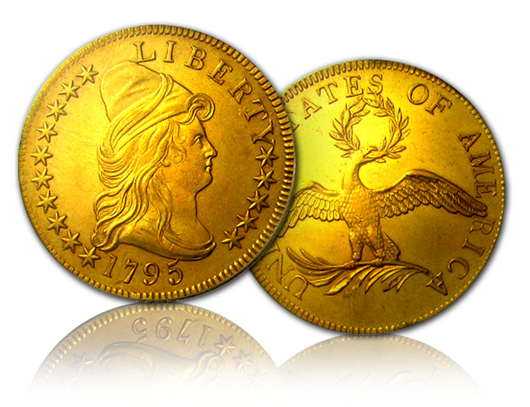 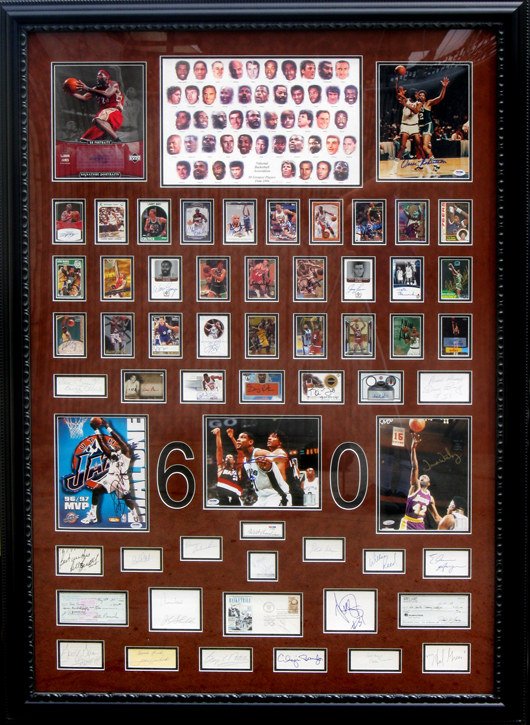 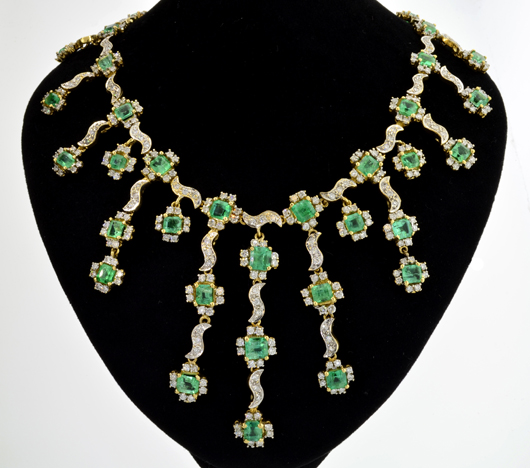 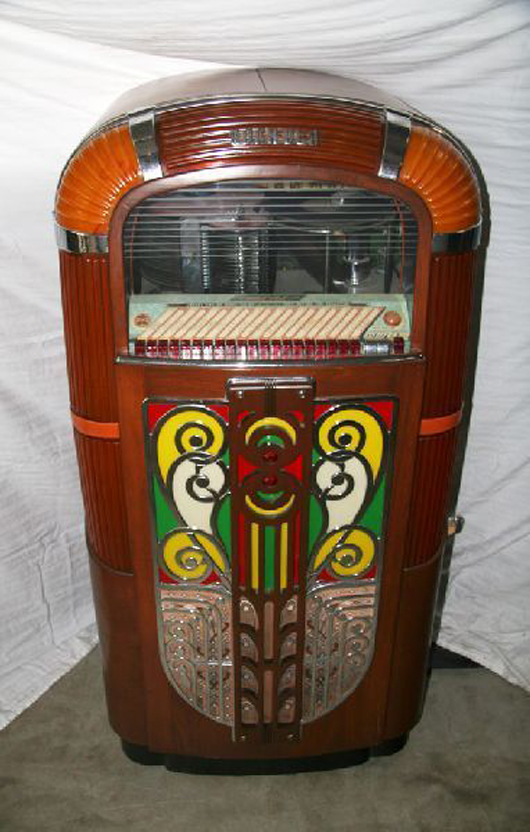 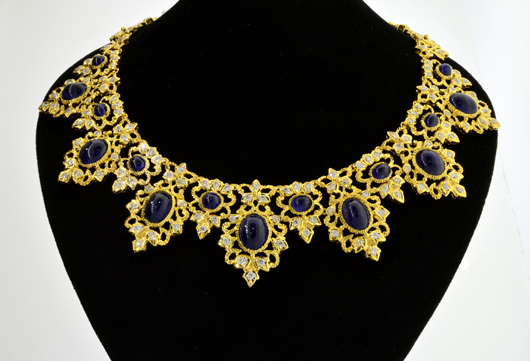 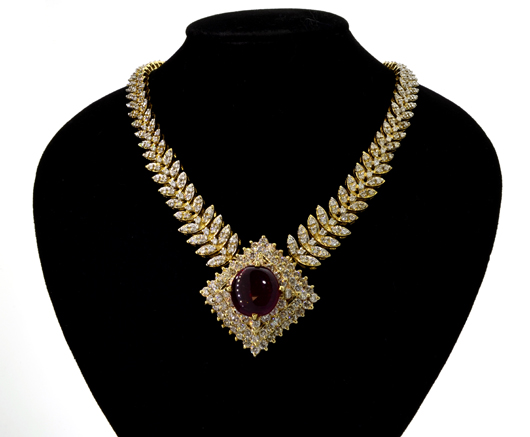