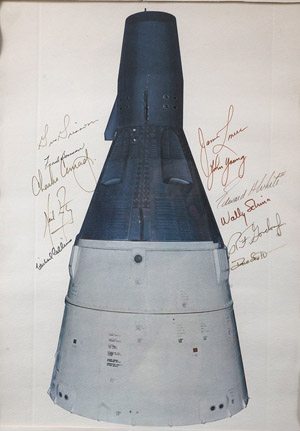 LOS ANGELES – Ira and Larry Goldberg Auctioneers will present more than 700 lots of space memorabilia at an auction Sunday, July 10, at 10 a.m. Pacific. Highlighting the out-of-this-world collection are remnants trimmed from the U.S. flag before it was placed on the moon by the crew of Apollo 11. LiveAuctioneers will provide Internet live bidding.

The pieces of the Apollo 11 lunar flag are mounted on a presentation photo of the flag on the lunar surface and signed by Neil Armstrong, the first man to walk on the moon. Refer to the Goldbergs’ auction catalog at www.liveauctioneers.com for the interesting background on this unique relic. It is expected to sell for more than $100,000.

Also carrying high expectations is a Collier Trophy, the prestigious aeronautical/astronautical award presented annually by the National Aeronautical Association. In the auction is one of the Collier Trophies presented to the Mercury Seven astronauts. It and other items come from the Donald “Deke” Slayton estate collection.

Also from the collection are Slayton’s printed “Mercury Program Training Notes” and a scarce gold Robbins medallion, carried in space by astronauts to be given only to wives and family members.

The Goldbergs’ auction Saturday, July 9, at 10 a.m. Eastern will featured more than 100 items signed by U.S. presidents. Fifty-three of the 56 signers of the Declaration of Independence will also be represented in the 1,000-lot auction. 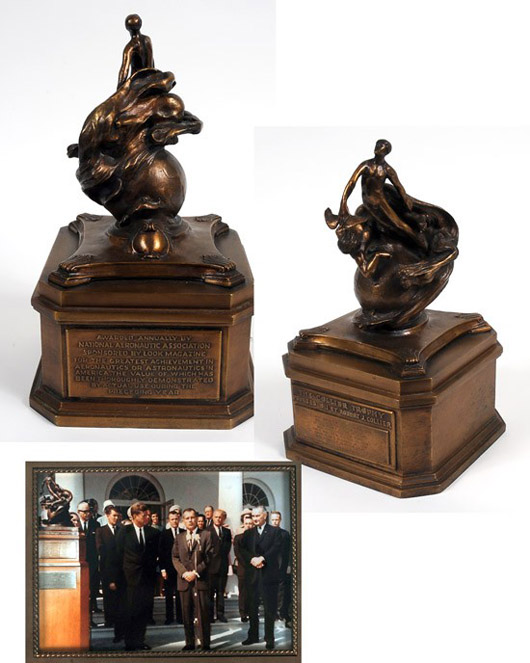 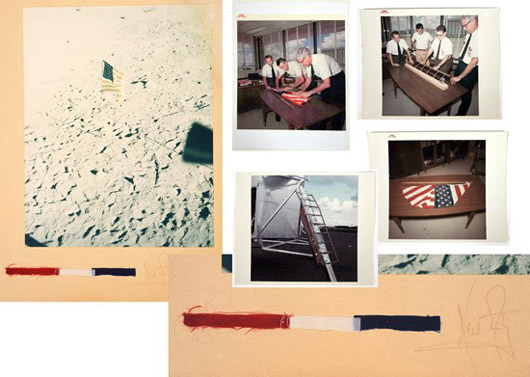 Unflown remnants of the U.S. flag that was taken to the moon on the Apollo 11 mission in 1969 and left on the lunar surface. The remnants are attached to a presentation plaque and signed by Neil Armstrong. Estimate: $100,000-$150,000. Image courtesy of Ira and Larry Goldberg Auctioneers. 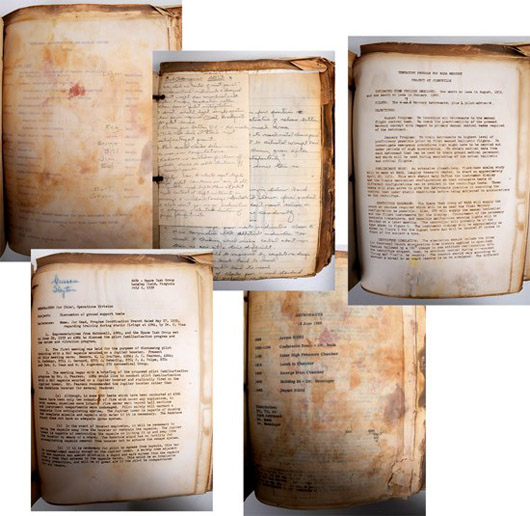 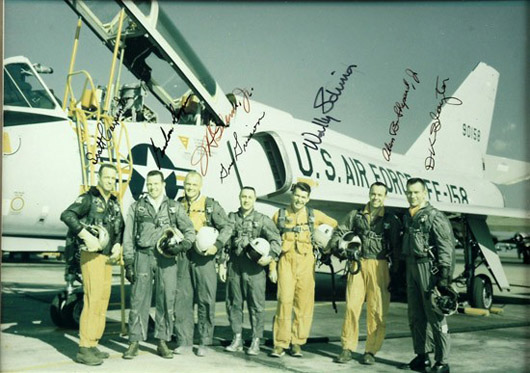