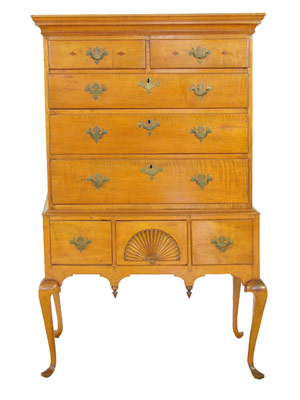 CLEVELAND – Gray’s Auctioneers will conduct an Oct. 25 Americana, Fine Arts and Antiques auction at its Cleveland gallery. Notable items include an 1885 cast-bronze bell by Meneely and Co., estimated at $3,000-5,000, a circa-1776 Queen Anne figured maple fan-carved flat-top highboy estimated at $5,000-7,000, and a very large selection of stick spatter hand-decorated tableware.

The Meneely Bell Foundry was established in 1826 in West Troy, N.Y., and produced more than 65,000 bells before closing in 1952. Some locations that house a Meneely Bell are the Washington Memorial Chapel at Valley Forge National Park in Pennsylvania, and Wofford College in South Carolina.

Stick spatter, often called spatterware, is a brightly colored utilitarian tableware that began in early 19th-century Glasgow, Scotland. Shortly after its introduction, the production spread to Staffordshire, England and other countries in Europe. Produced for consumers of humble means, spatterware was exported to the United States between 1810 and 1850, and is presumed to have reached its peak between 1830 and 1840.

Another unique offering is a pair of Regency mahogany cellarettes that were originally designed for the dining room to hold case bottles of wine or spirits. When lined with either lead or zinc, cellarettes were often used as wine coolers.

Also up for sale are paintings, lithographs, carved African masks, contemporary sculpture and jewelry from the estate of Cleveland philanthropist Odette Valabregue Wurzburger. All lots will be on exhibition beginning Thursday, Oct. 23, 12 noon to 8 p.m., and Friday, Oct. 24 from noon to 5 p.m. The auction starts at 1 p.m. on Saturday, Oct. 25, with a last-minute preview available from 11:30 a.m. till sale time.

Visit Gray’s online at www.graysauctioneers.com or for additional information call 216-458-7695. 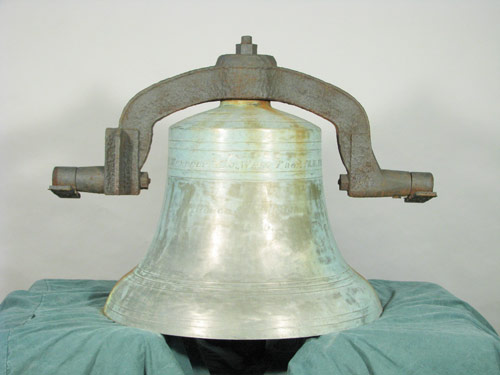 An 1885 Cast Bronze Bell from the Hillman Street School in Youngstown, Ohio, made by the Meneely and Company bell foundry in West Troy, New York. Image courtesy Gray’s Auctioneers. 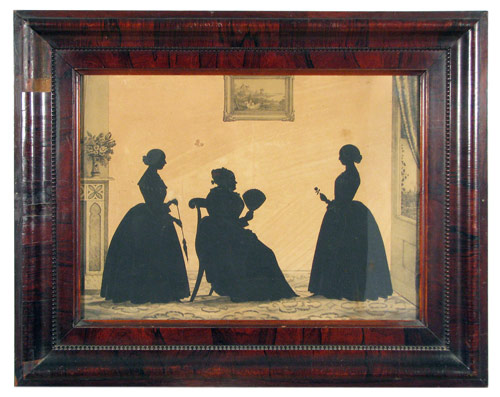 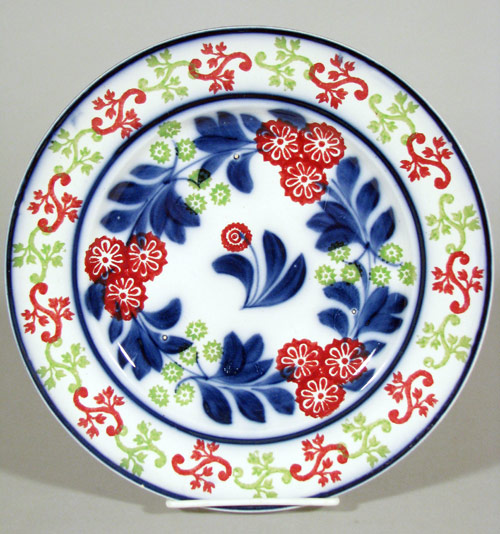