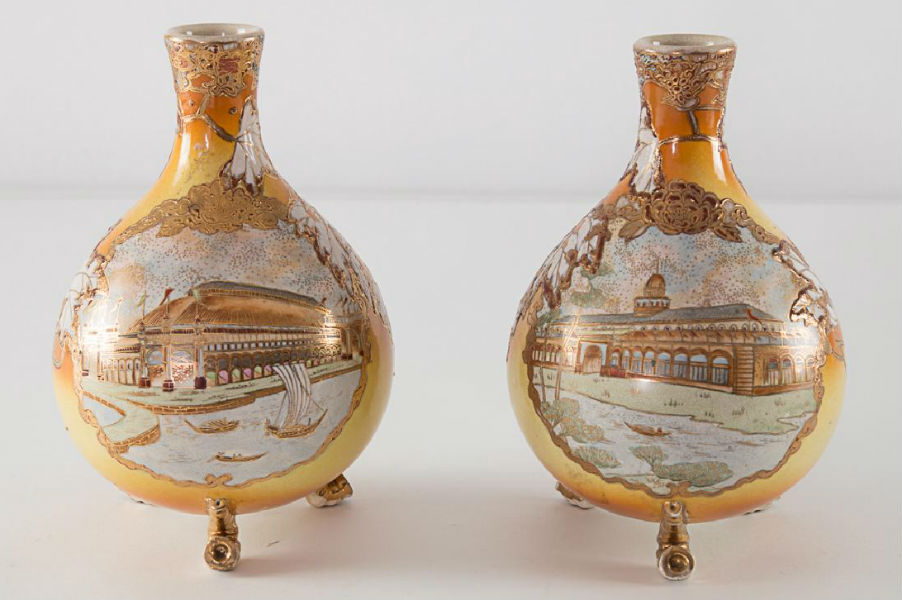 CLEVELAND – America’s world’s fairs will be celebrated at Gray’s Auctioneers on July 31. Over a century has passed since the first exhibitions shared the latest advancements in science, art, travel and technologies of the time. The fairs gave rise to the popularity of many souvenirs, giving the public a chance to keep a memory of the time spent in those grand buildings, exhibition halls and their host cities. Absentee and Internet bidding is available through LiveAuctioneers.

Chicago was home to two extensive world’s fairs, the first being the Columbian Exhibition of 1893, which celebrated the 400th anniversary of Christopher Columbus’ arrival to the New World. A few of the grand buildings are depicted in lot 88, a pair of Japanese Kutani porcelain vases (above).

Another impressive piece is lot 43, a large circular copper and brass plaque (below). The central bas-relief brass medallion of the plaque depicts Lady Liberty embracing the earth and unveiling America, within a double banding of shield forms representing the states and their symbols, tethered together by a ribbon inscribed “In God We Trust, E. Pluribus Unum.” 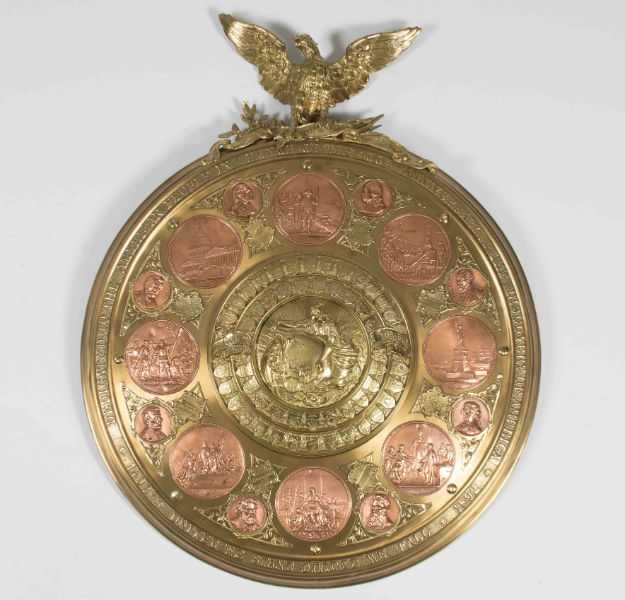 The second fair Chicago held in 1933 was called A Century of Progress celebrated the city’s centennial and came to symbolize hope for America’s future. To ensure the safety of the World’s Fair attendees the organizers hired many additional police. Lot 250 is a police officer’s uniform, which was consisted of a wool jacket and pants. The lot also includes the Public Service Manual of a Century of Progress and a whistle. 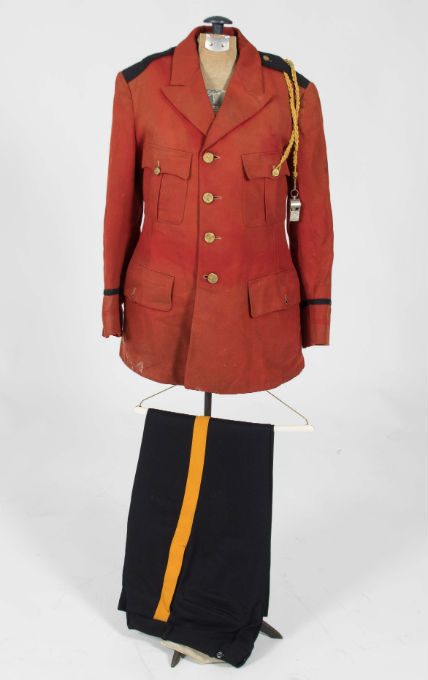 The New York World’s Fair of 1939 produced two iconic structures, the Trylon and Perisphere, situated at the center of the fair. These monumental structures can be seen on the much of the memorabilia and souvenirs. The advertising posters were made with the structures as prominent features within each design. Lot 370 is a poster for the fair designed by Albert Staehle, depicting a woman in a uniform, with the Trylon and Perisphere in the background. Two other poster lots for the fair, lot 371 designed by Joseph Binder and lot 372 designed by John Atherton, depict the structures in a more surreal, stylized way. All the posters were printed by Grinnell Lithography Co., New York, the printing company chosen to print all the souvenir postcards and posters for the fair. 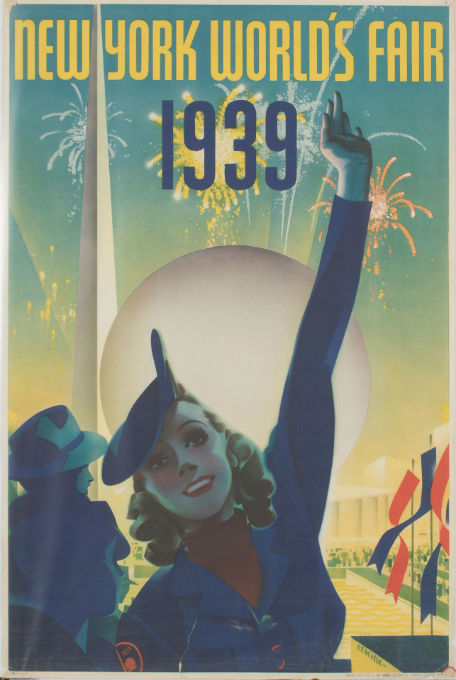 The magnificent art and architecture of Chicago’s Columbian Exposition was celebrated in the publication of William Walton’s two volume, leather-bound, elephant folio commemorative books. Lot 131 has two sets of the two-volume compendium, depicting the stunning structures and fine art from arguably the most palatial of all the World’s Fairs.

Gray’s upcoming auction also includes memorabilia, ephemera and souvenirs from some of the lesser known fairs including the 1901 Pan-American Exposition held in Buffalo, the 1876 Centennial Exhibition in Philadelphia, the 1965 New York World’s Fair and several others.