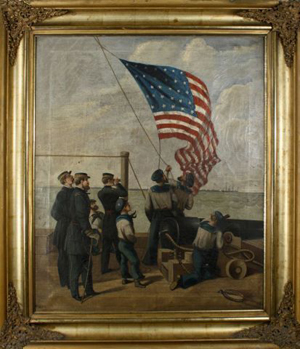 CLEVELAND – On July 28, Gray’s Auctioneers will sell lot 177, a rare Civil War painting from 1865 titled Our Flag is There. LiveAuctioneers.com will provide Internet live bidding.

The signature is indecipherable, however, the Gray’s appraisal team has discovered a sketch by Thomas Nast that was featured on the cover of Harper’s Weekly, Feb. 13, 1864. The sketch is an exact study for the painting.

Thomas Nast famously caricatured political figures of his day and was declared the father of the American cartoon for his work at Harper’s. He is credited with the creation of the modern version of Santa Claus, and Uncle Sam, as well as the political symbols of both major United States political parties: the Republican elephant and the Democratic donkey. His early oil paintings are rare and all have historical and political significance. Of his paintings the most notable is The Halt, painted in 1864, depicting a Union soldier getting a drink of water from a sympathetic mother and baby, which sold at Doyles in 2007 for $252,000.

Gray’s will also feature a coastal seascape by the renowned artist Thomas Lorraine Hunt (1882-1938). Painted in 1922 while he was still living in Cleveland, Ohio, lot 176 it is also the property of a local collector. The painting has been in the family since it was purchased by the current owner’s grandparents.

Lot 196 is another discovery for the specialists at Gray’s. A watercolor gouache on handmade jute paper, it is a portrait of Raja Balwant Dev Singh on horseback, after the great master Nainsukh of Guler, with one line of Sanskrit text inscribed along upper edge and verso. A partial translation of the inscription on the front reads: “Tasveer Maharaj Adhiraj Maharajshri Balwant Singh (JI).” This is from the collection of a local Ohio collector.

Furniture design in the late 19th century flourished with the American Revival styles epitomized by the Rococo Revival style, which focused on motifs such as shells and rocailles, scrollwork, acanthus leaves, and other flora and fauna, often in symmetrical compositions. Lots 6–32, consigned from a prominent Midwest estate, are furniture lots including lot 9 a monumental German walnut and oak buffet, which stands at 9 feet, 3 inches high. This extraordinary collection of furniture also features lot 15, a French provincial, heavily carved oak bed and armoire decorated with carved panels depicting the stages in the life of a married couple. Lot 13, notable for its detailed carving, it is a 19th-century Gothic Revival heavily carved oak and walnut partner’s desk in the manner of R.J. Horner. There are more than 20 lots in this interesting collection of furniture.

This auction features a collection of bronzes including lot 65, the Archer by Victor Heinrich Seifert (1870-1953). Seifert was prolific in the early part of the 20th century, and his war memorials, statues and bronzes can be found in cities and towns throughout Germany. Lots 43–51 are furniture lots by European mid-century modern designers including lot 46, a Poul Volther (1923-2001) and Erik Jorgensen “Corona-Model No. EJ 605” easy chair.

Tucked into the middle of the auction are 21 lots of fine estate jewelry including lot 148, a pair of 14K white gold, diamond and pearl clip-on earrings, each set with one round brilliant cut 1.10 carat diamond of SI-2 clarity, G color, and additionally set with 12 round brilliant cut diamonds weighing approximately 1.25 carats. They are each surrounded by 6 white pearls measuring 2.5mm. The earrings weigh in at a magnificent 7.4 pennyweight or 11.5 grams.

The auction concludes with 30 lots of antique and 20th-century rugs and textiles, including Lot 226, an antique Lavar Kerman wool rug, measuring 12 feet 10 inches by 9 feet 7 inches and lot 246, is a Chinese silk ten dragon robe from the estate of Lt. Com. William Palmer Bacon, who served in the Pacific for many years.

Live online bidding for this auction is offered by LiveAuctioneers.com. Gray’s also accepts absentee bids and telephone bid registration on their website.

The complete illustrated catalog for this auction can be found on Gray’s website at www.graysauctioneers.com and also on LiveAuctioneers.com. 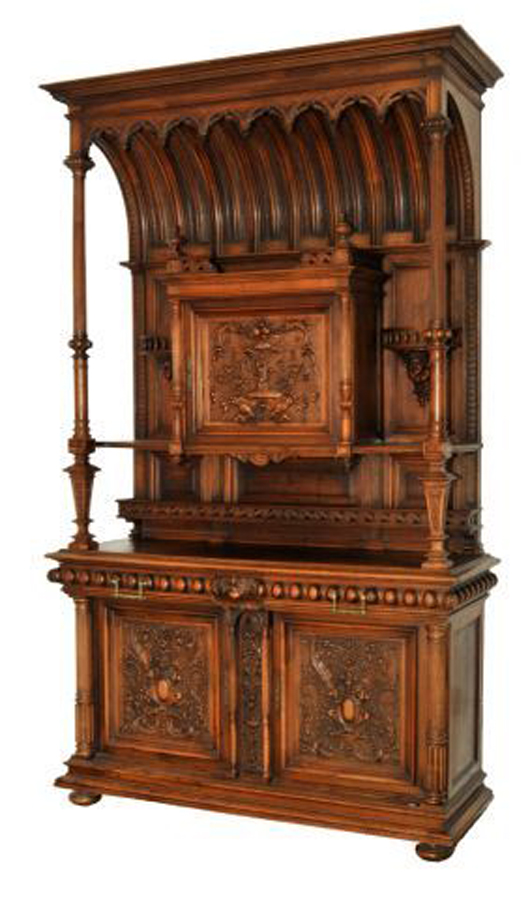 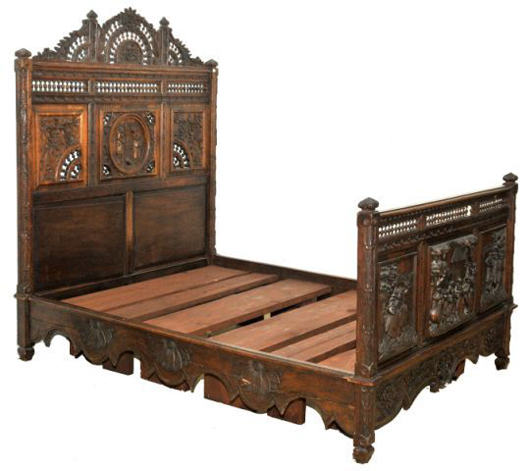 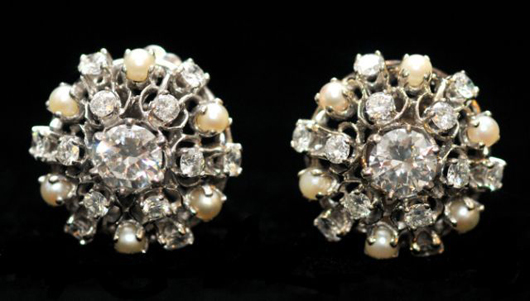 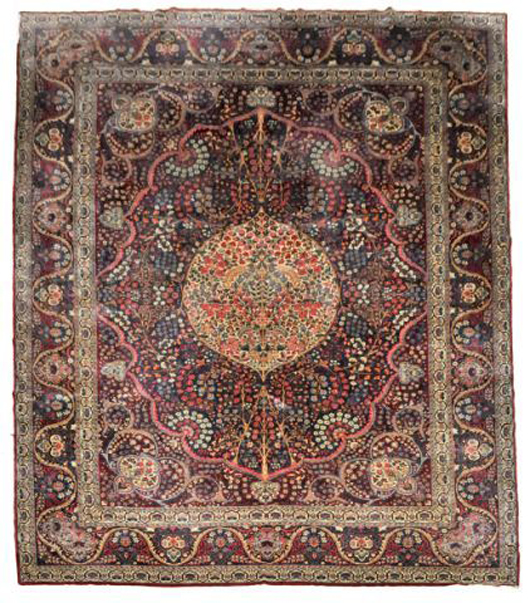 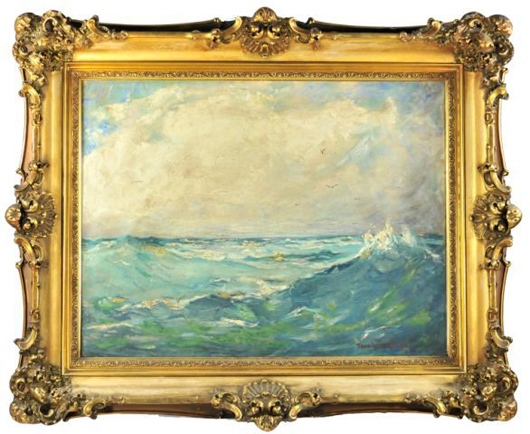