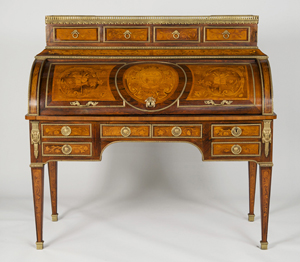 DEDHAM, Mass. – After more than 30 years as high-end French antique importers and dealers, Jeff Diamond and Ellen Nadler of A Room with a Vieux Antiques of Boston and Brookline, have decided that it’s time to retire. The inventory from both their retail locations will be sold in a one-day unreserved auction conducted by Grogan and Company, Fine Art Auctioneers and Appraisers on Saturday, April 26. Over 700 lots of French furniture and decorative works of art have been moved to Grogan and Company’s 7,000-square-foot gallery located at 22 Harris Street in Dedham, Mass., where the auction will be held. LiveAuctioneers will provide the Internet live bidding services for the sale.

Diamond opened A Room with a Vieux Antiques in the 1980s, making bi-monthly buying trips to France to seek out 18th- and 19th-century French furnishings and decorative works of art for his clients throughout the United States.

“I have never stopped feeding my addiction for the very best in French decorative objects and furniture,” said Diamond. “Interestingly, my French dealer friends who have visited me in Boston over the years have marveled at the collection that was assembled.”

Despite closing their two retail locations, Diamond will continue to operate Restorers without Borders, a furniture restoration business located in Brookline that specializes in the repair and restoration of all styles of new, vintage and antique furniture.

A selection of more than 40 period Art Deco offerings is highlighted by a burled walnut dining room set, $3,000-$6,000, comprised of an impressive sideboard, table with leaves, and six dining chairs. A Pierre Cardin Art Deco burled walnut demilune desk, estimated at $8,000 to $10,000, has two pedestals with three drawers each and a leather inset writing area; while a 3-piece, circa-1930 Art Deco figural bronze and rouge marble clock garniture is estimated at $800-$1,200.

Highlights among the decorative works of art include a Barbedienne bronze and rouge marble clock garniture featuring a reduced version of Psyche by Eugene Aizelin mounted on a rouge marble clock base with figural bronze reliefs, accompanied by a pair of two-handled chalices on rouge marble bases. The three-piece set is estimated at $2,000-$4,000. Ceramic offerings include a selection of majolica and faience items, as well as two large, glazed-earthenware urns. A collection of prints by Louis Icart and two oils on canvas, one after 18th-century French artist Francois Boucher, appear late in the sale.

For enthusiasts of unusual objects, a very large and fanciful iron birdcage on stand, over 8 feet tall, has an estimate of $1,000-$2,000. A winged figural lamp used as a prop in a 20th-century French opera is estimated $200-$300, and a midcentury Italian chrome and plastic mushroom-shape lamp, $400-$600, was used in the recent film American Hustle.

The auction will start at 10 a.m. Eastern Time. All items will be offered without reserve. Everything must go. For more information on any item in the sale, call 781-461-9500. 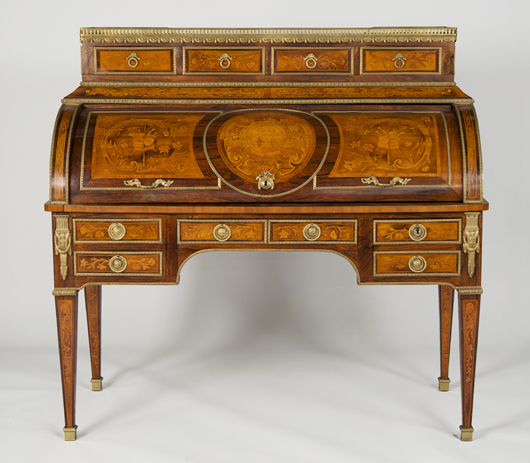 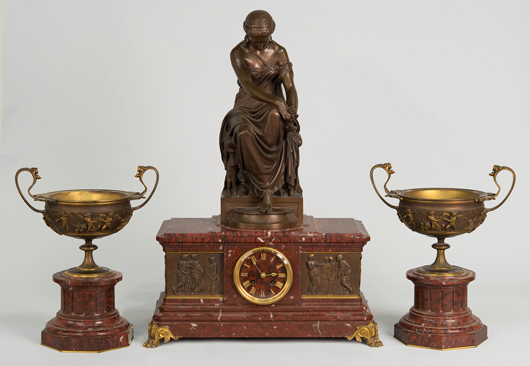 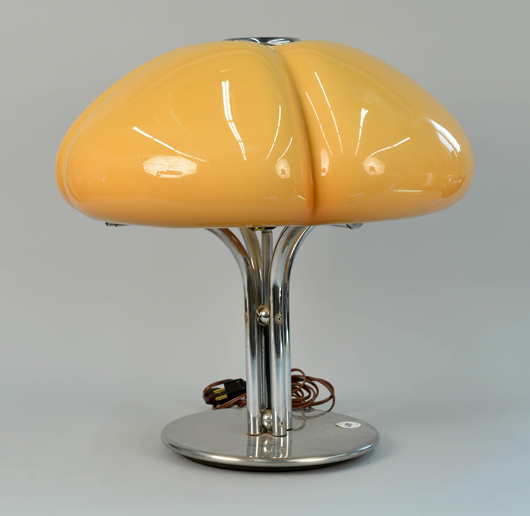 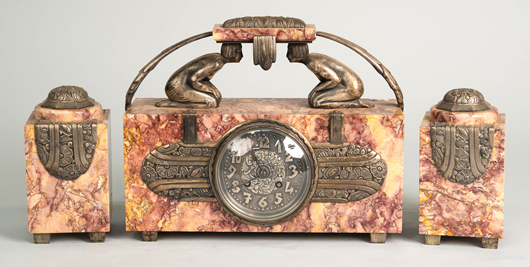 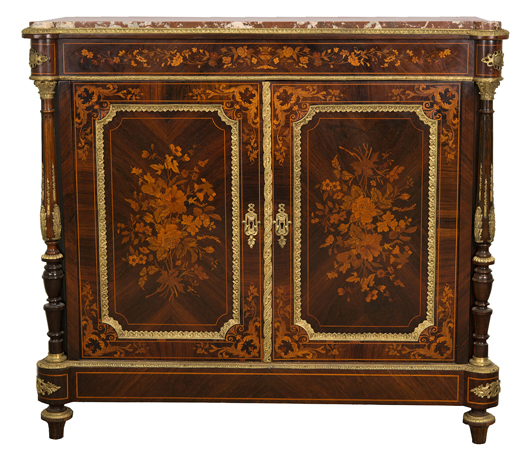 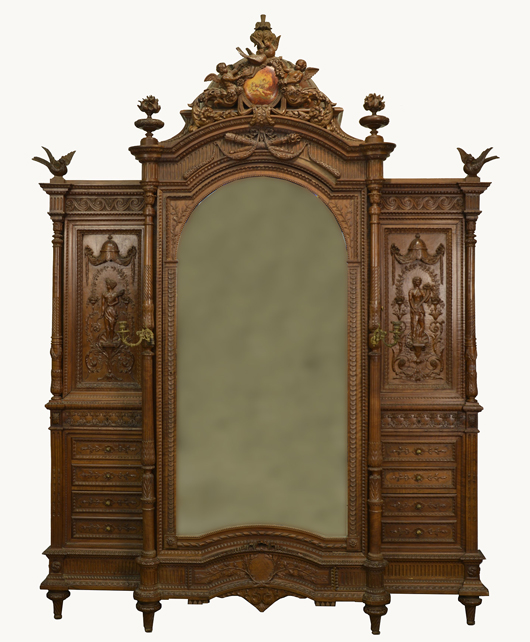