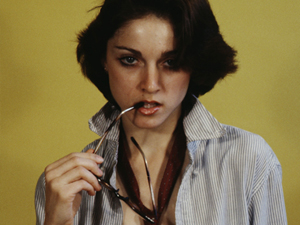 The auction begins the day after Filthy Gorgeous: The Bob Guccione Story is set to premiere on the Epix cable network. The film is directed by Barry Avrich and produced by financier Jeremy Frommer and producer Rick Schwartz (Machete, Black Swan). It won critical acclaim at the Toronto International Film Festival and illustrates the scope of Guccione’s contributions to art, science and the First Amendment. Many of the unique items seen in the film are included in the auction. The staggering array of art and artifacts from the archive of the legendary magazine publishing magnate Bob Guccione features such unique items as original negatives of nude pop icon Madonna. The images are the first nudes ever taken of Madonna, infamously taken by Herman Kulkens in 1977 when she was 18 years old.

The auction includes vintage cheesecake and erotic photography from the 1950s (predating Guccione’s conception of the ground-breaking Penthouse magazine). The images were used in Bob Guccione’s 1950s pinup business known as the Gucci Girls. Two original oil paintings by Guccione will be auctioned. This is the first time original oils by Bob Guccione have been auctioned. Exhibitions alongside such greats as Lichtenstein and Hockney were among the few public viewings of the Guccione oils in the 1990s. The two oil paintings come from the total of 66 owned by the Guccione Collection. The only other verified surviving oil hangs at the Butler Institute, curated by Louis Zona. Included in the collection are oils and acrylics from numerous renowned artist and peers of Guccione, such as Hajime Sorayama, John Berkey and H.R. Giger as well as illustrative material and advertisements from the 1970s and 1980s.

In addition to celebrating female beauty and uncovering scandal (among the items here are explicit, unsettling photographs of Deborah Murphree, the Southern streetwalker whose sexual pay-for-play with television preacher Jimmy Swaggart laid bare the hypocrisy of televangelism), that ethos also defined an aesthetic. The seriously artistic side of Guccione gets short shrift when cultural historians delve into the excesses that began to swallow up the publisher’s empire beginning in the 1980s. That aesthetic, however, is on display in full bloom in many of the auction’s items, including a passel of early ’70s erotic photographs staged and shot by Guccione himself. “Guccione’s photography revolutionized the way the female form was presented in popular culture,” Frommer asserts. “And his approach—his use of diffuse light, of shadows, his way of posing his subjects—came directly from much of what he learned as a painter.”

Particularly striking and revelatory are a series of silver gelatin prints of Guccione photographs of Gillian Duxbury, the one-time Page Three girl who appeared as March 1972 Penthouse Pet of the Month under the name Billie Deane. The black-and-white shots are frank, almost documentarian in their not-quite-voyeuristic approach. They give the impression of looking at a beautiful female form in its natural environment as opposed to the overlit sets or not-so-great outdoors that constituted the settings of more conventional work. One gets the sense of a relaxed autumn afternoon spent in the company of exceptional beauty. As with Guccione’s oils, the goal is a kind of privileged, but not artificially elevated, view.

Also here are examples of Guccione’s correspondence: memos, letters to politicians of note (including Dick Cheney); and covers and layouts annotated by the editor/publisher that give an intriguing insight into his work ethic and magazine-making savvy. Never without a pen, pencil, or piece of charcoal in his hand, Guccione was a fierce and deft doodler and sketch artist, and many examples of his off-the-cuff artistic observations are collected here as well.

The publisher himself is hardly the only artist on display in this auction: Also on the block is original artwork by brilliant Penthouse contributors including Michael Arthur Cummings (the wildly popular Balloonheads cartoons) and Bill Lee, among others. The pre-superstardom portraits of Madonna, nude and in her early 20s, were shot by Herman Kulkens, and show her in poses both playfully ornamental (her nude cowgirl shots are particularly insouciant) and disarmingly unguarded.

Next up, the Caligula Auction, including original 35mm reels found in the Guccione archives of the infamous Gore Vidal and notorious Tinto Brass’ Caligula. Coming Christmastime. 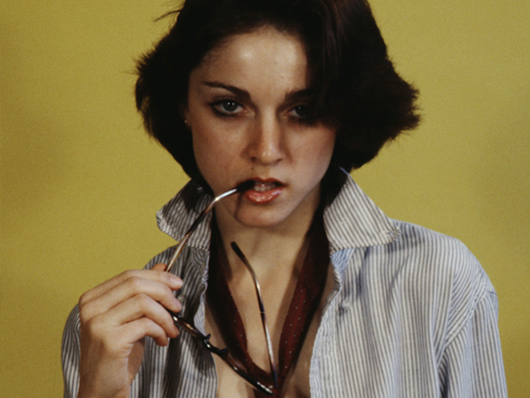 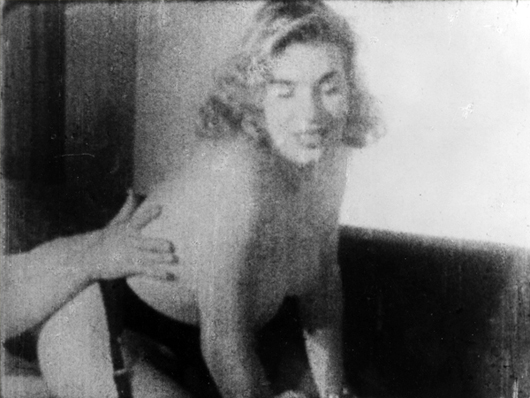 Marilyn Monroe stag print: These prints, supposedly of a 20-year-old Marilyn Monroe, were taken from a 1948 stag film and published in ‘Penthouse’ in 1980. Guccione Collection image. 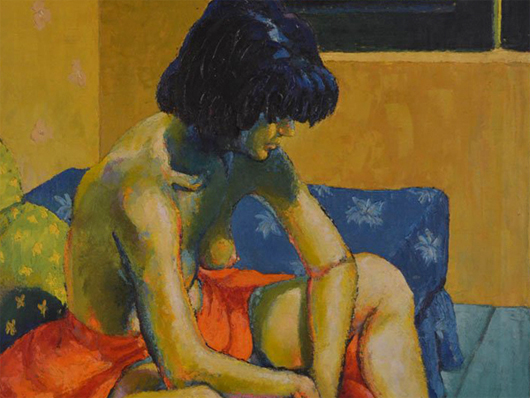 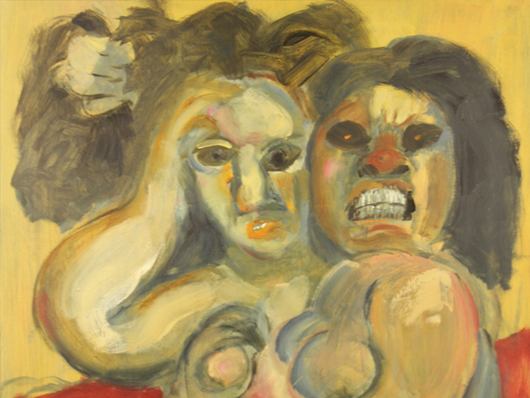 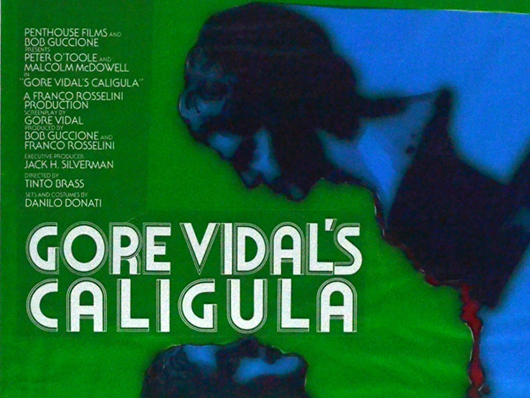 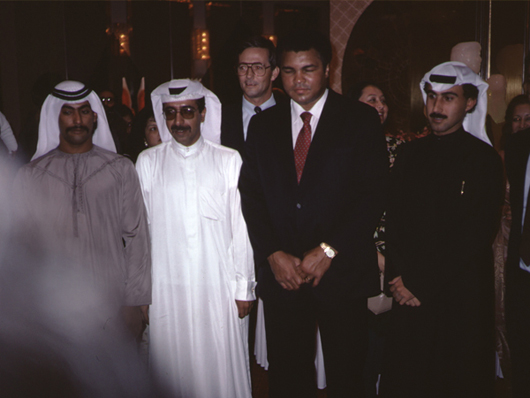 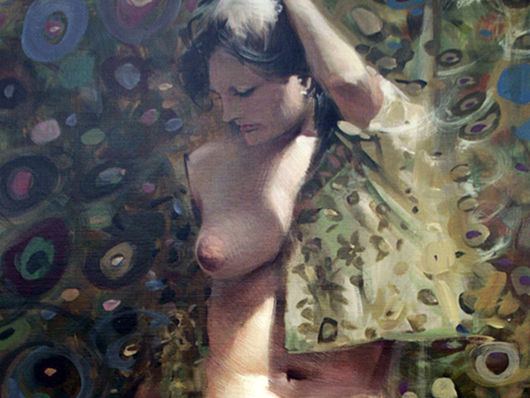