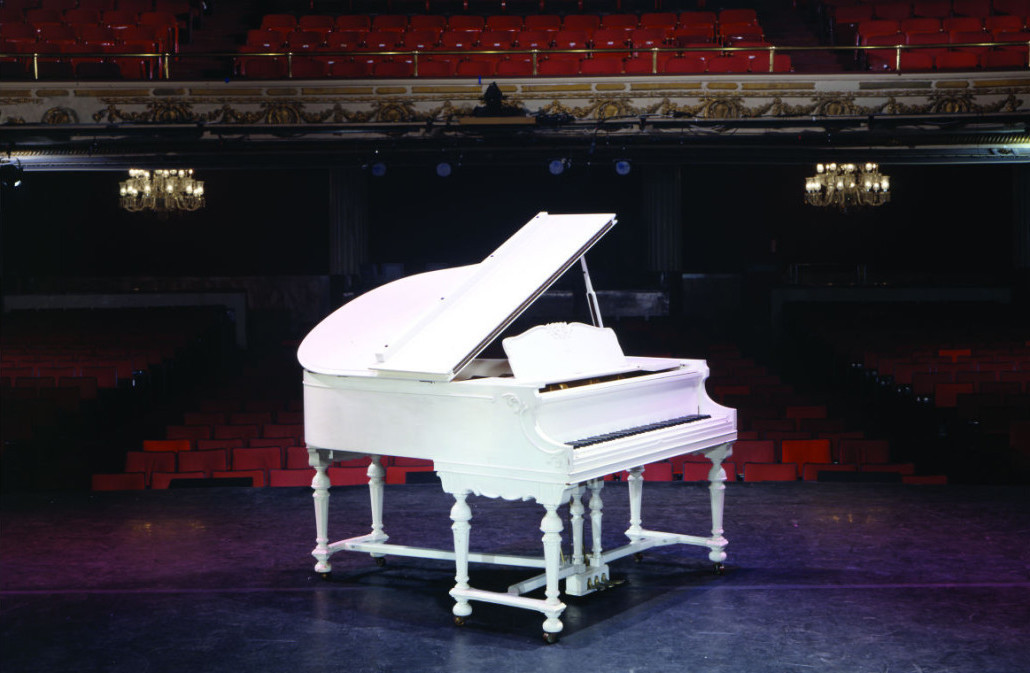 Duke Ellington’s baby grand piano, which has a starting bid of $12,000. Guernsey’s image.

NEW YORK – On May 18 at the National Jazz Museum in Harlem, Guernsey’s will present a wonderful array of personal belongings from the legendary Duke Ellington. Consigned directly by one of the late composer and bandleader’s close relatives, approximately 250 rarities will be sold at unreserved auction.

Few individuals have had a greater influence on the 20th century popular culture than Duke Ellington. His remarkable musical legacy combined with an unfailing sense of style has accorded him iconic status. And although such evergreen hits as Take the A Train, It Don’t Mean A Thing (If It Ain’t Got That Swing) and Satin Doll resonate from coast to coast, that he was our nation’s Jazz Ambassador endeared Ellington to a global audience. 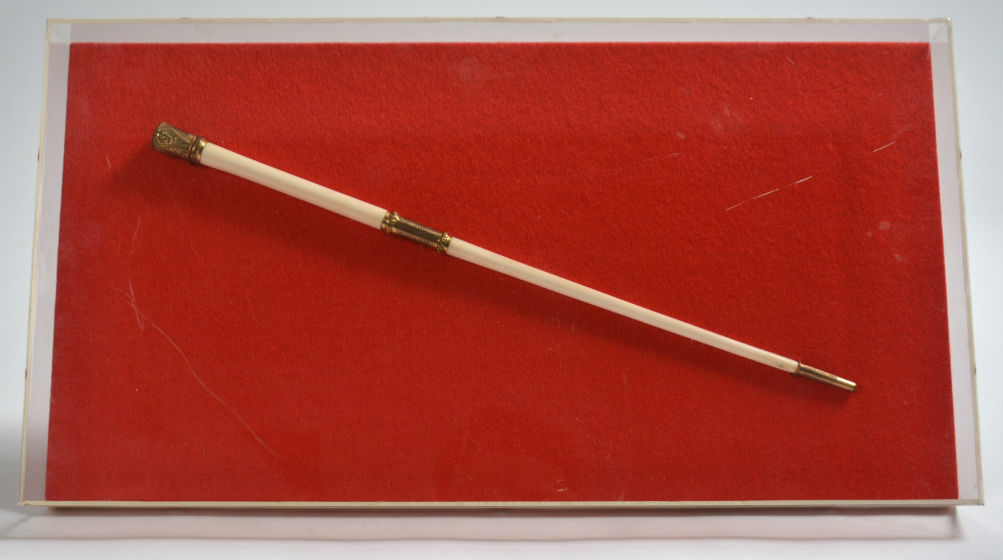 Imagine bidding on any of two dozen original music manuscripts – written in Ellington’s own hand –for titles including Paris Blues, Let the Good Times Roll and the Ellington classic, Mood Indigo.

The word “dapper” might well have been coined when describing Ellington; this will be evident when viewing the many dinner jackets, tuxedos and suits in the sale. (Most have Ellington’s name discreetly written on the inside of his jacket pockets.) 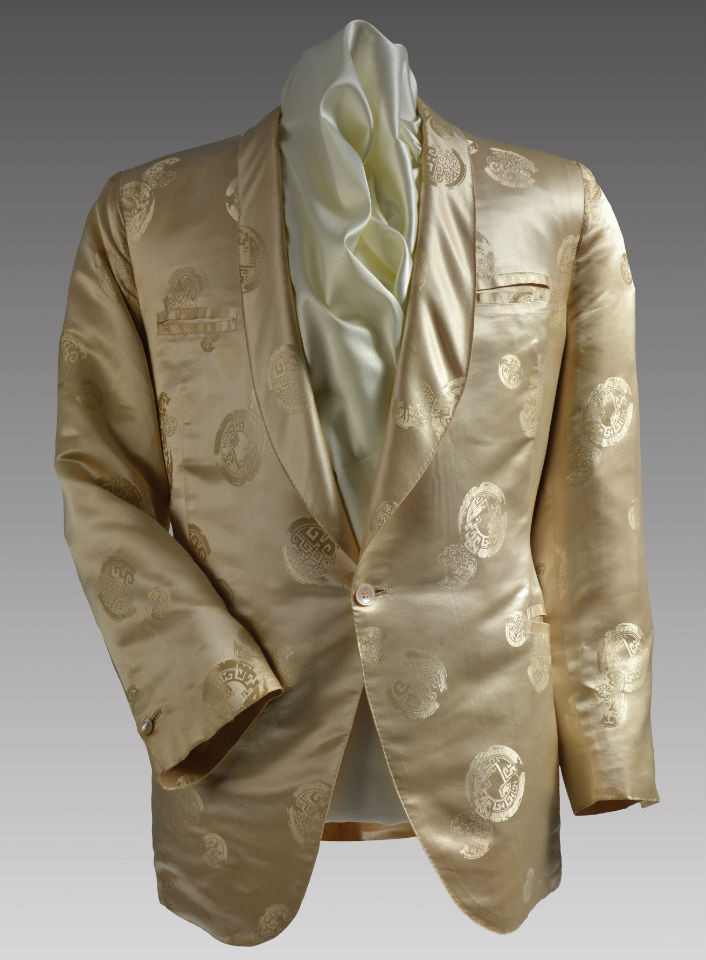 In addition to creating great tunes, Duke also took pride in his paintings. Considered one of his finest efforts, the auction will include his oil on canvas titled, for obvious reasons, Satin Doll (below). Another artistic entry, Duke’s portrait of close friend and collaborator Billy Strayhorn, will have meaning for many, as will the other Strayhorn-related objects in the auction. 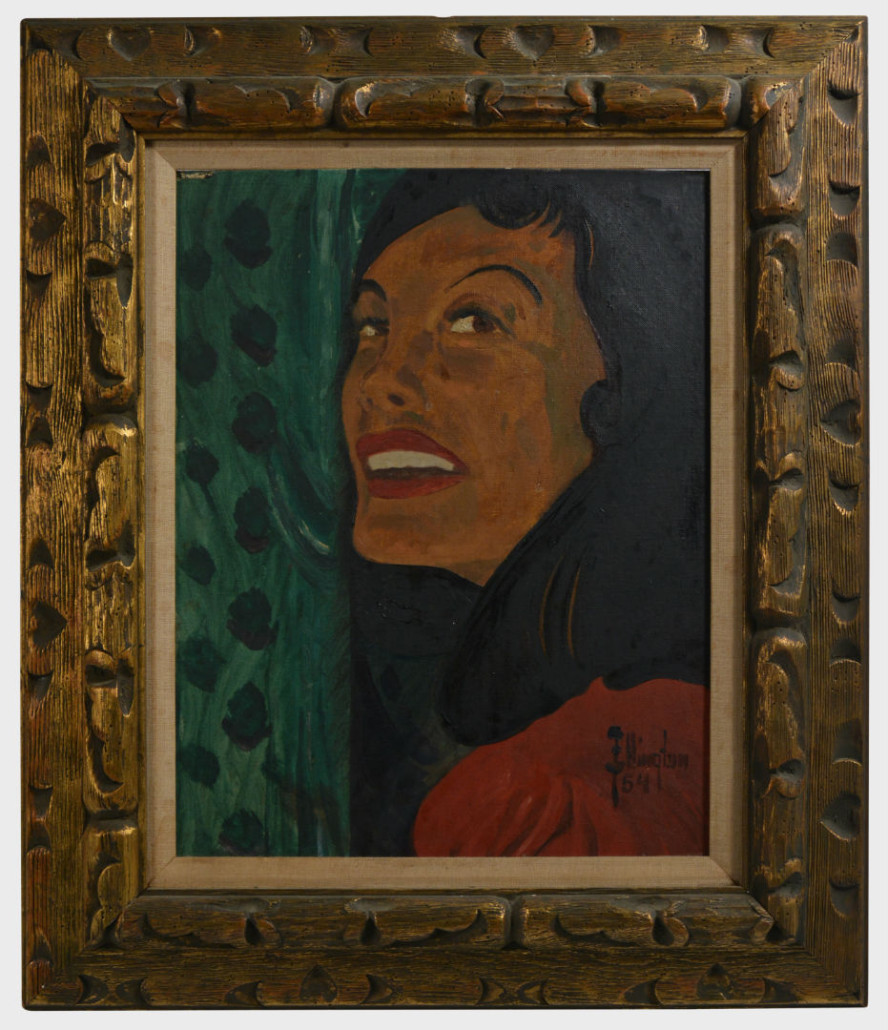 One of the most significant lots in this, or any other music-related auction, will be Ellington’s personal white baby grand piano. Although it is known that Duke owned two additional pianos, the one in this event (and the only one likely ever to be sold) is the one he used when composing much of his music. 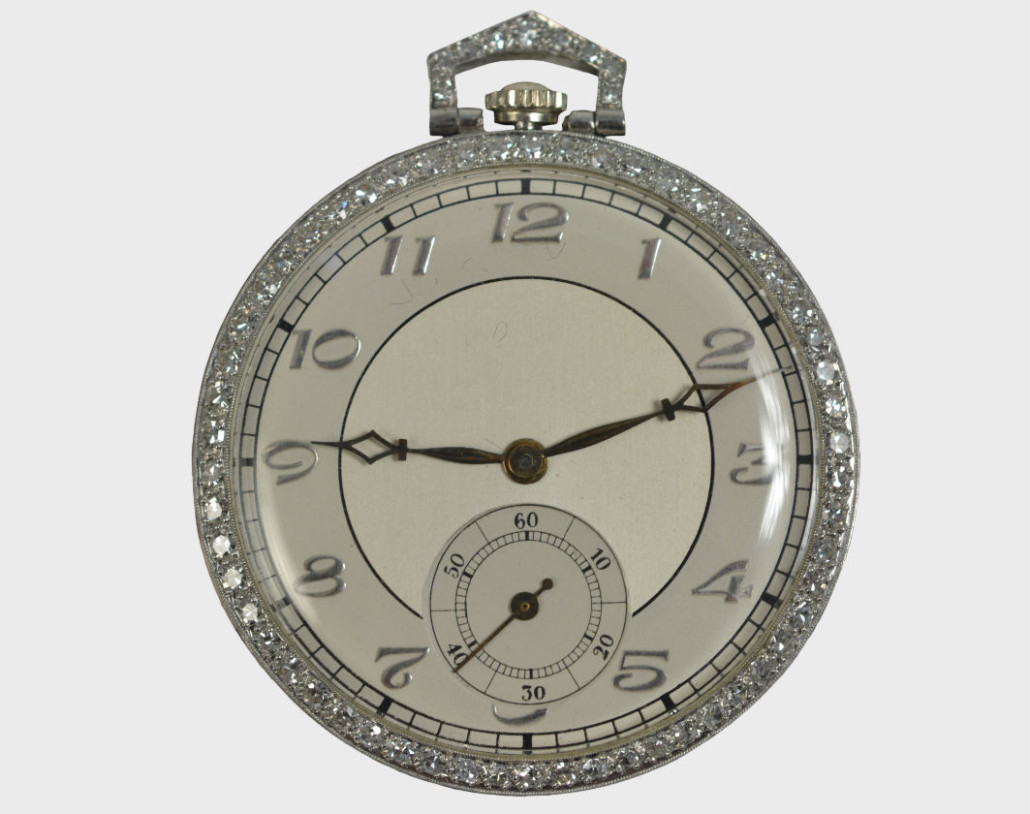 This handcrafted Swiss-made pocket watch was the first extravagant gift Duke Ellington gave to his father in the 1930s. The watch is made from platinum and encrusted with diamonds. Estimate: $8,000-$10,000. Guernsey’s image