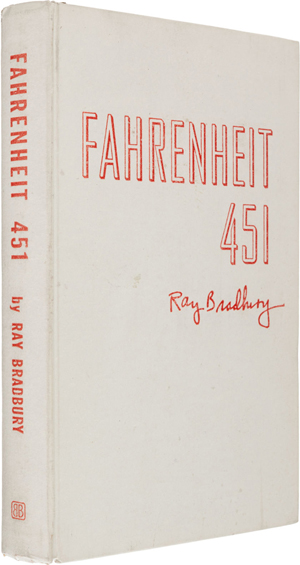 NEW YORK – One of the finest known signed copies of the first edition of Ray Bradbury’s seminal 1953 masterpiece, Fahrenheit 451 in the original asbestos binding, – to ensure that the book would survive burning – is expected to bring more than $17,500, anchoring the deep selection of fine literature and Americana in Heritage Auctions’ Rare Books Signature® Auction on Wednesday, April 2.

“Bradbury’s 1953 futuristic parable of a world without books is as relevant and readable as ever,” said James Gannon, director of Rare Books at Heritage.” We’ve sold several copies of the first edition of this book, as collectors are always looking for it, but this superb copy is the finest we’ve yet encountered.”

With more than 1,000 lots crossing the block in the auction, highlights from two prominent private collections – one from North Carolina, one from New Orleans – offer works at a variety of price points and genres curated to suit any collecting taste.

The auction also features another excellent offering of rare books and unique manuscripts in the Armenian language, including a complete set of 29 fine art collotype prints of masterpiece paintings by Hovsep Pushman (estimate: $40,000-plus), Pushman’s entire output, the first 10 examples of which are very difficult, if not impossible, to obtain. An Armenian illuminated manuscript of the Four Gospels (estimate: $20,000-plus) contains six miniatures, illuminated concordances, marginal illustrations and ornamented letters to make up a fantastic offering.

A hand-colored plate of the Great Horned Owl by Havell (estimate: $12,500-plus), from Audubon’s double-elephant folio first edition of The Birds of America, is attracting significant collector interest, while a rare 1835 edition of The Doctrine and Covenants of the Church of Latter Day Saints (estimate: $30,000-plus), a cornerstone of Mormon theology, carries a direct line of provenance back to an early Mormon family with a contemporary ownership inscription.

A fine private collection from North Carolina both begins and ends the auction, including a fine first edition of Ian Fleming’s first James Bond novel, Casino Royale (estimate: $20,000-plus), a series of prints titled Flights: Unforgettable Exploits of the Air (estimate: $5,000-plus), each signed by a legend of aviation, including Orville Wright, Charles Lindbergh and Richard E. Byrd, and a limited edition, one of only 10 signed presentation copies of the “Author’s Autograph Edition” of Amelia Earhart’s first book, 20 Hrs. 40 Min. Our Flight in the Friendship (estimate: $8,000-plus), with one of the original American flags that was on her plane during her flight affixed to the front pastedown.

A private collection in New Orleans provides Heritage Auctions with a special offering of books with important provenance with highlights focusing on French enlightenment and history, French and European royalty, Napoleonic Wars, European and Middle-Eastern travels, and Americana. An example of both French history and fine binding in this collection is a copy of l’Office de la Semaine Sainte (estimate: $6,000-plus), with a contemporary royal binding and a handwritten note that the copy was presented to Louis XIV at Versailles. Also included are works of English literature including first editions by Dickens and Milton; and American works by Capote and Agee.

Other highlights include, but are not limited to:

– Raphael Holinshed. The Chronicles of England, Scotlande, and Irelande. Three volumes in two. A fantastic, complete copy in excellent condition of this important Shakespeare sourcebook. Estimate: $10,000-plus.

– Charles Dickens. The Christmas Books. London: Chapman and Hall, 1843-48. First editions of all five of Charles Dickens’ Christmas Books, chief among them a first issue of his immortal A Christmas Carol. From of a private collection of over sixty fine books in this auction from a gentleman of New Orleans. Estimate: $7,500-plus.

– Stephen King. In a Half World of Terror. Published in Stories of Suspense #2. Flushing, New York: MW Publications, [1966]. A rare and early fanzine appearance from the King of Horror. Estimate: $2,000-plus.

– Eric Carle. The Very Hungry Caterpillar. New York: The World Publishing Co., [1969]. A rare first edition of one of the most beloved children’s books of all time, signed by Carle. Estimate: $13,500-plus.

The auction will be conduced at Heritage Auctions’ New York gallery, 445 Park Ave. (at 57th Street). 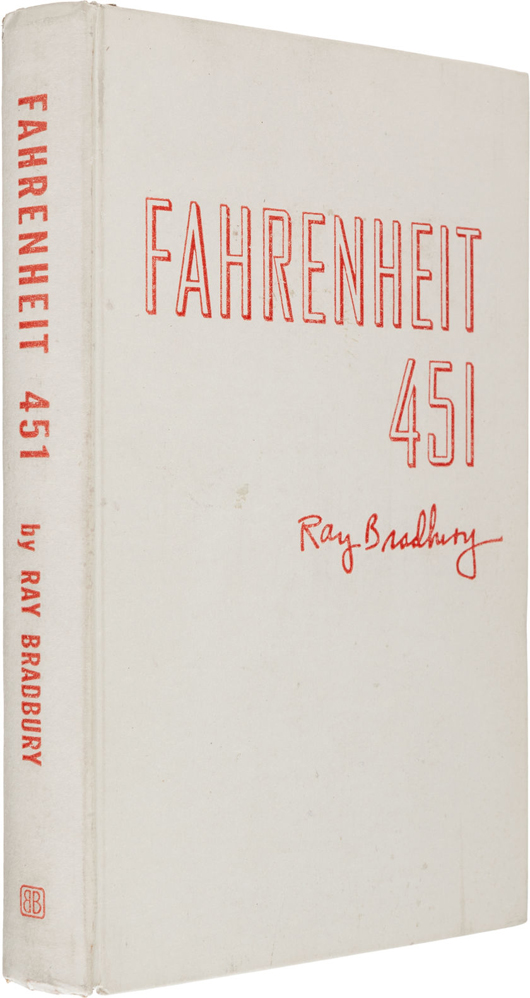 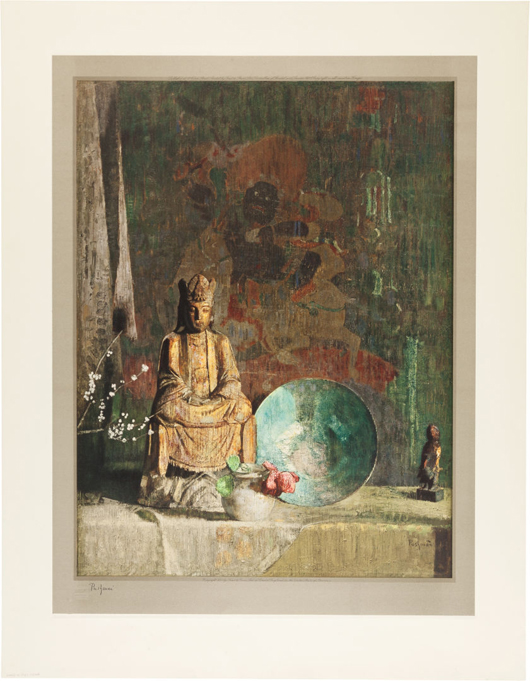 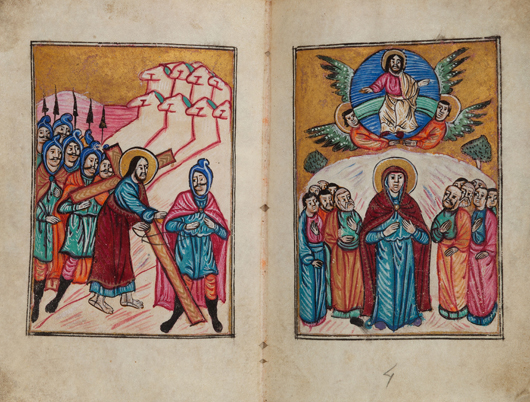 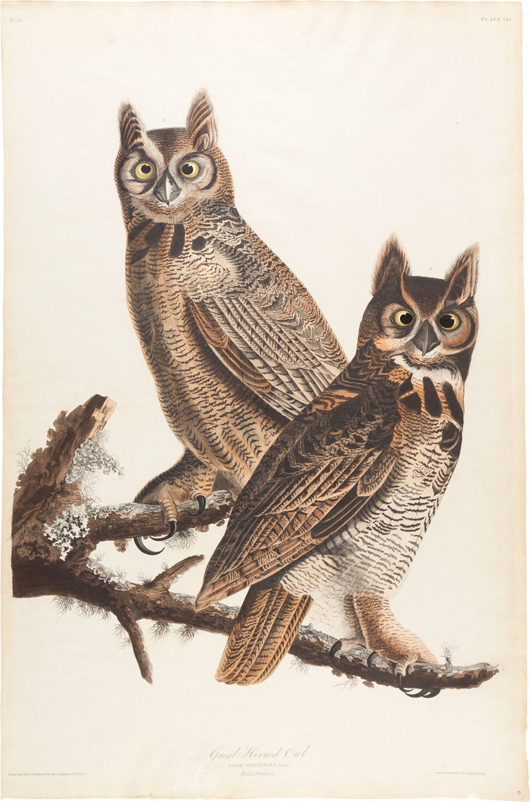 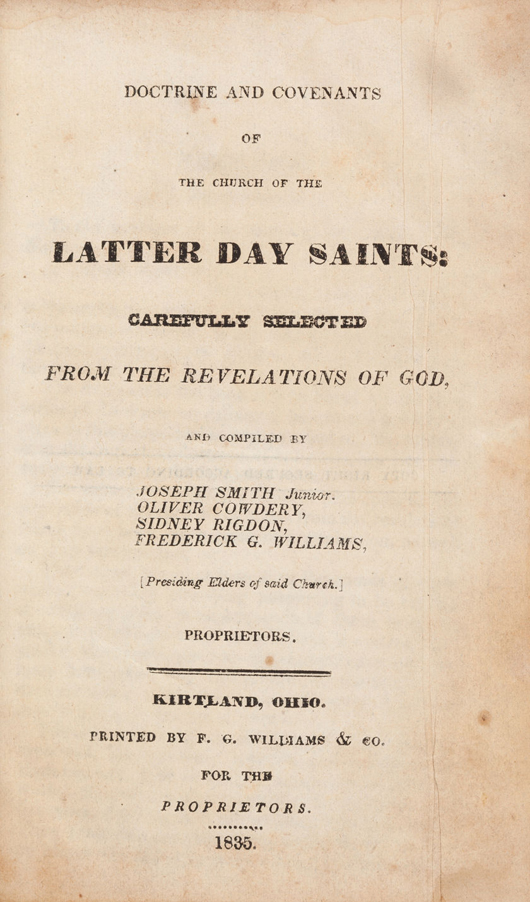 Rare first edition of a cornerstone of Mormon theology, the 1835 edition of ‘Doctrine and Covenants of the Church of Latter Day Saints.’ Estimate: $30,000-plus. Heritage Auctions image.