The collection of nearly 45 lots, spanning hundreds of volumes includes rarities such as one of 300 sets of The Complete Writings of Walt Whitman (above), with an extraordinary 1890 hand-written postcard from Whitman (below). 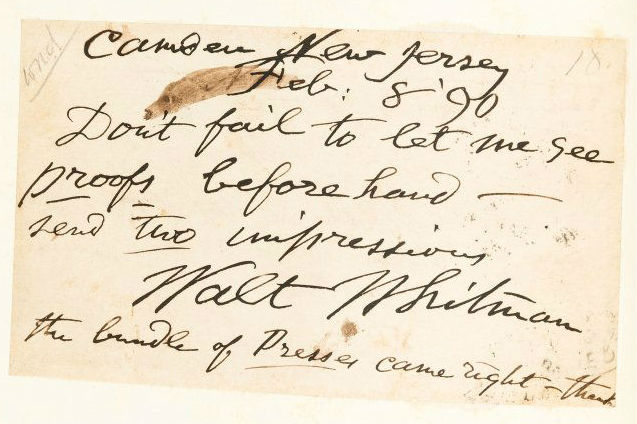 “Stallone is one of the most accomplished screenwriters of our time,” said Greg Rohan, president of Heritage Auctions. “It is little surprise his library is filled with limited edition and rare examples of works from the giants of literature – many of which include rare signatures by the authors themselves.”

The library marks the second of Stallone’s personally owned property and memorabilia collections offered at Heritage, the first of which realized more than $3 million across three public auction sessions in December 2015.

His rare book collection includes a 1902, leather-bound, 10-volume set Sir Walter Scott’s The Waverly Novels includes a one-page autographed letter, signed by Scott (est. $2,000) and a 1900, 22-volume example of the Complete Writings of Nathaniel Hawthorne, signed by Hawthorne on a tipped-in Liverpool customs certificate (est. $1,500) and limited to 500 sets. 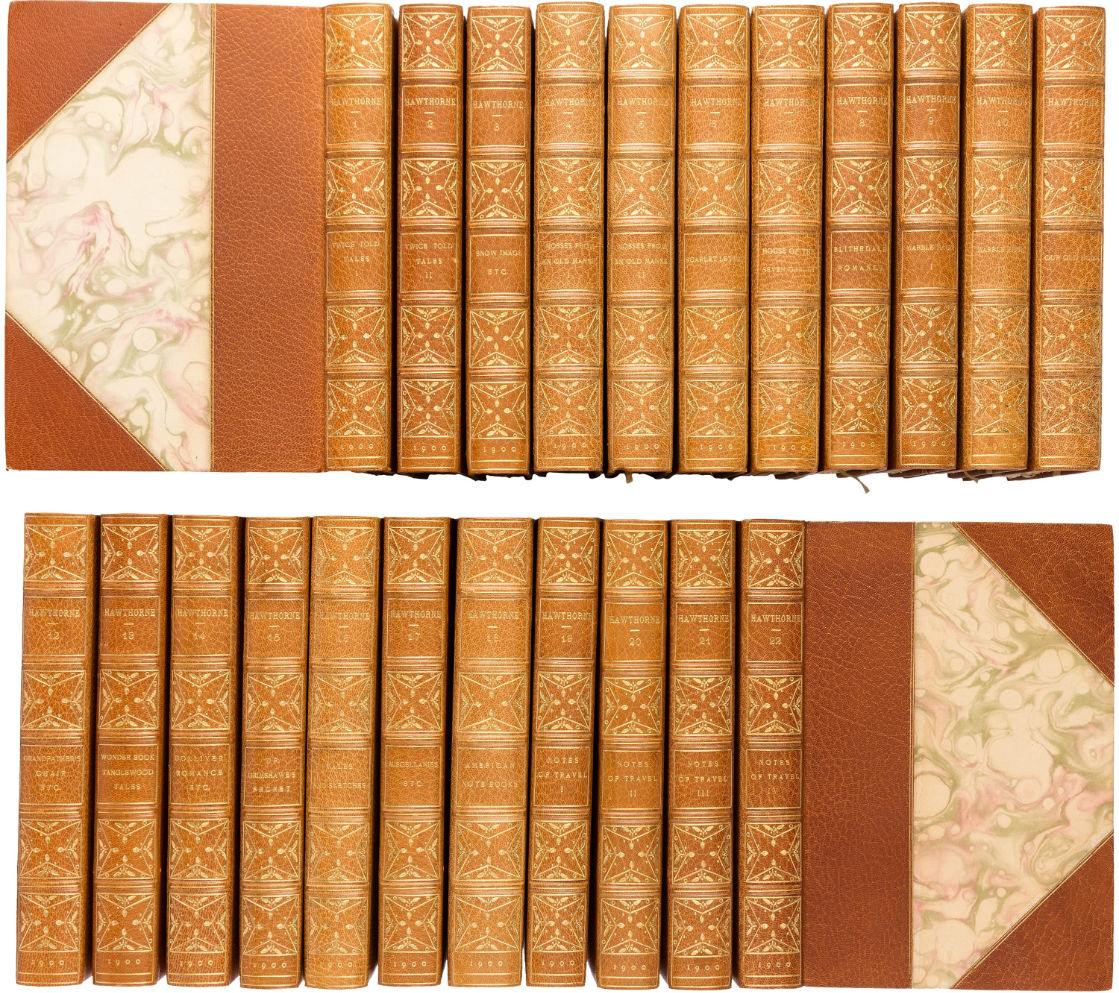 The collection holds stunning examples of complete sets  available only in limited supply: Norman M. Penzler, editor, C.H. Tawney’s original 1880 English translation of The Ocean of Story, specially-bound issue, limited to 10 sets for Their Highnesses the Reigning Princes of India is on offer (est. $1,500) as is a 1886 first-edition set of Leo Tolstoy’s War and Peace (below), in fine condition and housed in two protective boxes (est. $2,000). Finely bound sets include works by the likes of Francis Bacon, Samuel Johnson, Thomas Browne, John Burroughs and essays by Plutarch (est. $500).