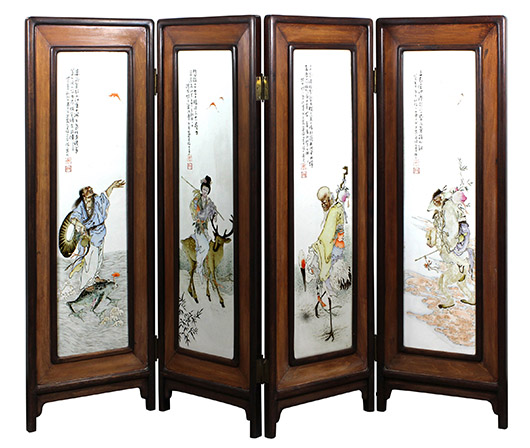 Property from the Pebble Beach, Nantucket and Pittsburgh residences of Richard Mellon Sciafe will continue to dominate the March sale. Over the past few months, the property offered has been extremely well received by the market and has set numerous auction records. For March, the offerings from the Scaife estate will include Staffordshire and early English porcelain and exceptional antique furniture including an American Chippendale tiger maple highboy, circa 1790, and a miniature George III style ebonized settee, circa 1860.

Turning to another important collection that will feature fine period furnishings, Clars will offer the collection of renowned San Francisco antique store, Thomas Livingston Antiques. For over four decades, this thriving antiques business was a central force in San Francisco’s famed Jackson Square Historic District as well as Ashby Adeline Antiques District in Berkeley. Recently retired, founders Thomas Livingston and Karel Wessel were known region-wide for the exceptional 18th and 19th century American and English furniture as well as the finest in period decorative arts, lighting, metalware and art glass. Among the highlights from this collection that will be offered include a circa 1790 George III drop leaf harvest (wake) table that is estimated to sell for $6,000 to $8,000; a George III revolving bookstand, circa 1790, which is estimated at $3,000 to $5,000 and a circa 1810 Baltimore Federal slant-front desk that is valued at $4,000 to $6,000.

Rounding out the significant decorative art and furniture offerings will be a collection of Studio Furniture including a suite of three tables designed by Arthur Espenet Carpenter in 1957. Each of these tables will be offered for $4,000 to $6,000.

Bernard Maybeck, renowned 20th century architect, was the master behind many important buildings in the United States. Among them was the Palace of Fine Arts in San Francisco, which he designed for the 1915 Panama Pacific International Exposition. For the past seven years, this magnificent structure has undergone a $21 million restoration project funded in part by the Maybeck Foundation. In celebration of it’s reopening, and the 100-year-anniversary of the Panama Pacific International Exposition, Clars will be offering fragments from the original building including a lion’s head, which once flanked one of the dramatic entry ways. Each of these historic pieces will be offered for $1,000 to $1,500.

Last month Clars set a new record for a Chinese triple fusee clock. This month, two offering of note in this category will be a French champlevé decorated mantel clock expected to achieve $14,000 to $18,000 and a Chinese bracket clock executed by Yu Change and estimate $4,000 to $6,000.

Also of note on Saturday, March 21, will be an exceptional collection of over 100 lots of fine U.S. and world stamps from the Herbert Morton estate, a longtime member of the American Philatelic Society, along with gold and silver U.S. coins. This stamp collection is expected to cumulatively earn more than $100,000.

Clars will offer an exceptional collection of 17th, 18th and 19th century, European portraiture featuring numerous paintings that were acquired over the latter part of the 20th century by a savvy San Francisco buyer. Works such as Portrait of a Gentleman Thought to be Nicolas Ghys by a follower of Pierre Gobert (French, 1662-1744) as well as A Portrait of Thomas Stanley in a Red Coat by a follower of Godfrey Kneller (German, 1646-1723) are just a few of the featured portraits that will be offered.

A charming, yet classic, Impressionist New York winter snow scene titled Wall Street by Guy Carleton Wiggins (American, 1883-1962) is sure to attract numerous bidders. This oil on canvas board will be offered for $8,000 to $12,000.

Highlighting the Asian category in March will be a selection of Chinese pierced jade plaques from a private collection, some carved with auspicious characters, others reticulated with various auspicious motifs including butterflies, bats and flowers. In porcelains, highlights will include a pair of fish bowls from the late Qing/Republic period. A four-panel screen with porcelain plaques and depicting various immortals, bearing the signature Wang Qi, is estimated to sell for $8,000 to $12,000.

In furniture, a selection of huanghuali furniture includes horseshoe chairs, official’s hat armchairs and a tiao’an table. In addition, a 19th century Japanese six-section screen is expected to earn $5,000 to $7,000.

Diamonds and Rolex watches will highlight this category with the top offerings being a marquise cut diamond and platinum ring. The marquise brilliant cut diamond weighs 3.05 carats and the ring is estimated to achieve $25,000 to $45,000. Following will be an Edwardian diamond, platinum and 18K yellow gold ring highlighting two old mine cut diamonds weighing approximately 1.66 cartats and 1.50 carats (estimate: $5,000 to $8,000).

The sales will begin promptly at 9:30 a.m. Pacific on Saturday and Sunday. 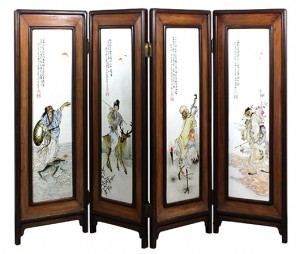 This four-panel screen with porcelain plaques and depicting various immortals, bearing the signature Wang Qi, is estimated to sell for $8,000 to $12,000. Clars Auction Gallery image 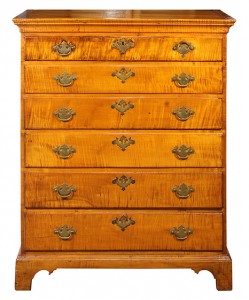 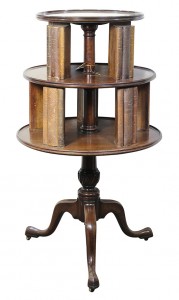 Among the highlights from Thomas W. Livingston Antiques will be this George III revolving bookstand that is expected to achieve $3,000 to $5,000. Clars Auction Gallery image

Arthur Espenet Carpenter designed this collection of Studio Furniture in 1957. Each of these tables will be offered for $4,000 to $6,000. Clars Auction Gallery image 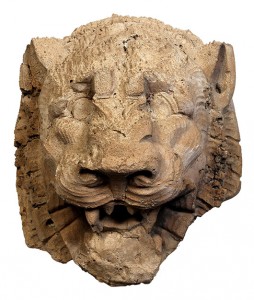 Pictured here is one of the fragments of the original Palace of Fine Arts, San Francisco, designed by Bernard Maybeck. This lion’s head is estimated to sell for $1,000 to $1,500. Clars Auction Gallery image 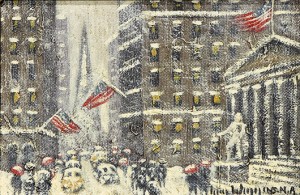 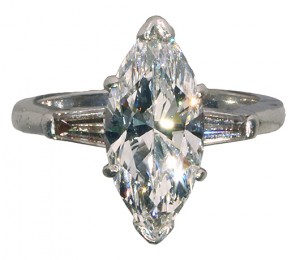 The top offering in the jewelry category will be this marquise cut diamond and platinum ring. The marquise brilliant cut diamond weighs 3.05 carats and the ring is estimated to achieve $25,000 to $45,000. Clars Auction Gallery image

Clark Art Institute gets $15M gift, largest in its history
Scroll to top