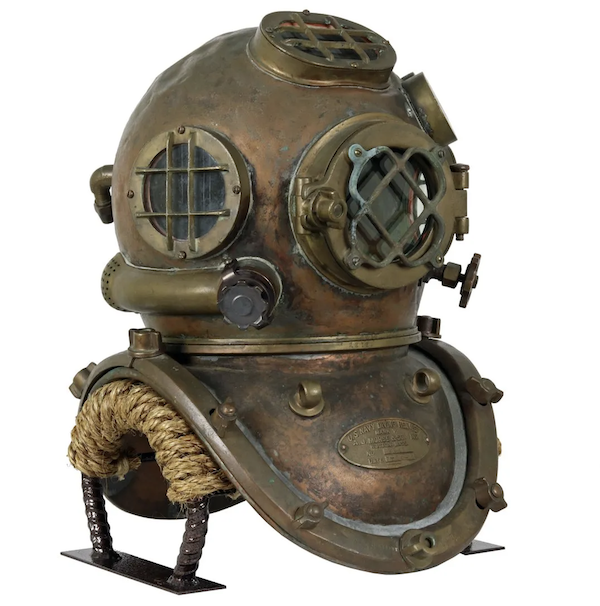 WICHITA, Kan. – One of the oldest known US Navy diving helmets highlights Nation’s Attic‘s Diving Into History auction, scheduled for Saturday, December 10. Other historic antique diving helmets in the auction include a so-called Widow Maker from World War II; a helmet made in 1900 that a diver wore when constructing the Golden Gate Bridge; and a helmet used at Pearl Harbor to dive the USS Arizona. Absentee and Internet live bidding will be available through LiveAuctioneers.

A total of 135 lots of diving memorabilia comprise the sale. A likely top lot candidate is the second-oldest known US Navy diving helmet, dating to July 1916 and estimated at $15,000-$25,000. The helmet is a prototype of the famed US Navy Mark V model, which would remain in continuous use until the mid-1980s. 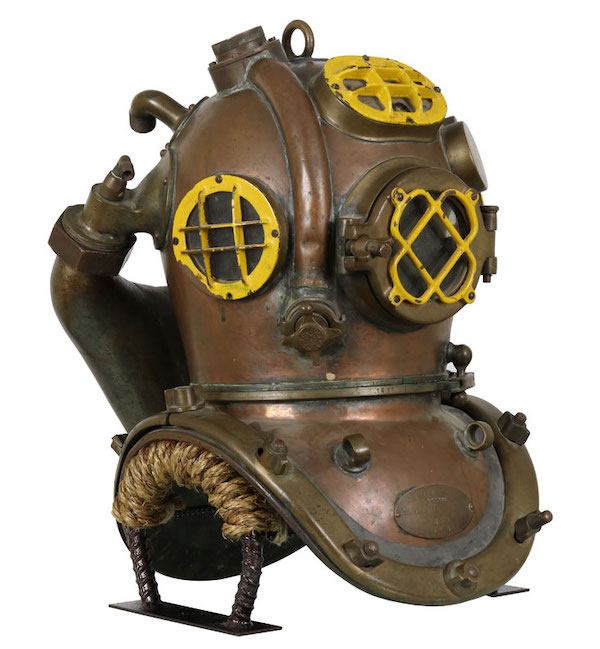 Also in the December 10 sale lineup is an iteration of the Mark V helmet that divers nicknamed the Widow Maker for its dangerous reputation. It was designed for extremely deep dives that required its wearer to breathe a form of mixed gas. According to the lot notes, the helmet was safe, but “… if anything went wrong or there was a small leak – things went very bad very quickly for the diver.” This particular example, dating to 1944, is estimated at $10,000-$20,000. 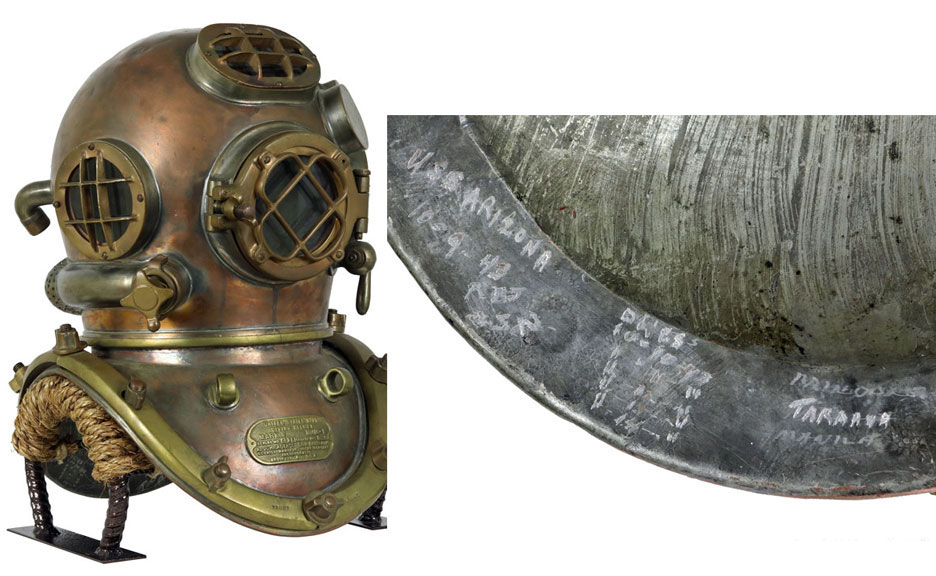 A Mark V helmet saturated in history from Pearl Harbor and its use for diving the sunken USS Arizona in 1943 is a standout. Its lot notes state “According to the details etched into the edge of the breastplate, the helmet was used to dive the USS Arizona at Pearl Harbor on October 9th, 1943. Subsequent dives in October and November 1943 are noted. The initials RBJ USN are present and likely the diver who used this helmet … with further detailed research, more details may be discovered, making this helmet even more special than it already is.” Its estimate is $5,000-$10,000.

Rounding out the highlights is an A.J. Morse diving helmet made in 1900 that its wearer donned to help construct the Golden Gate Bridge in San Francisco, and has been kept within his family for almost a century. It is further distinguished by period photographic and written documentation of its use – evidence that is a true rarity for an antique diving helmet. 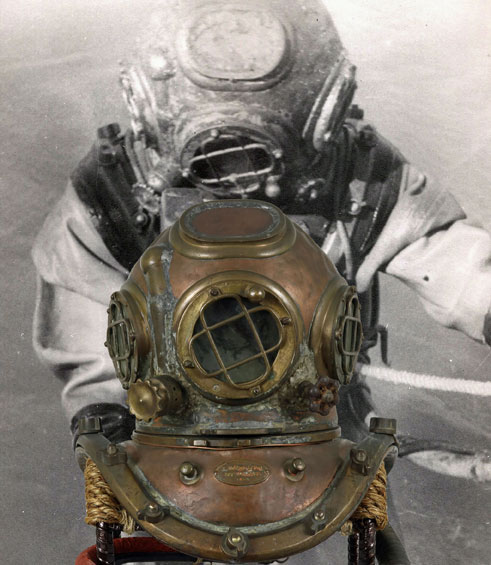 A.J. Morse diving helmet from 1900, worn during construction of the Golden Gate Bridge in San Francisco and offered with photographic and written documentation, estimated at $5,000-$10,000

The lot notes describe the materials like so: “Included in the photos is a fantastic image showing the diver climbing a ladder, clearly using this helmet. Another notable photo is a crew posing in front of the Golden Gate Bridge during its construction in the mid 1930s. While difficult to make a 100% positive ID, one of the three divers appears to be wearing this helmet. In addition to the photos, copies of multiple pages from the diver’s family diary will be included. In 1940, he and his family settled in Honolulu, Hawaii for diving work. During November 1940, while 70 feet down, his air line became obstructed, resulting in a horrific accident. He was rushed to the hospital, where somehow he made a recovery, but could never dive again.”

The auction also features a selection of antique copper and brass diving helmets that includes a Miller Dunn Divinhood Style style 3; helmets by Morse and also Schrader; and examples from the UK, Russia and Japan. Helmets on offer that were made during the second half of the 20th century include two by Kirby Morgan and one by Aquadyne. 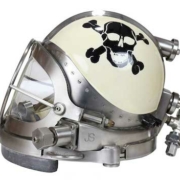 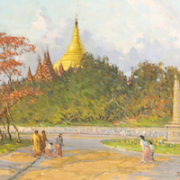