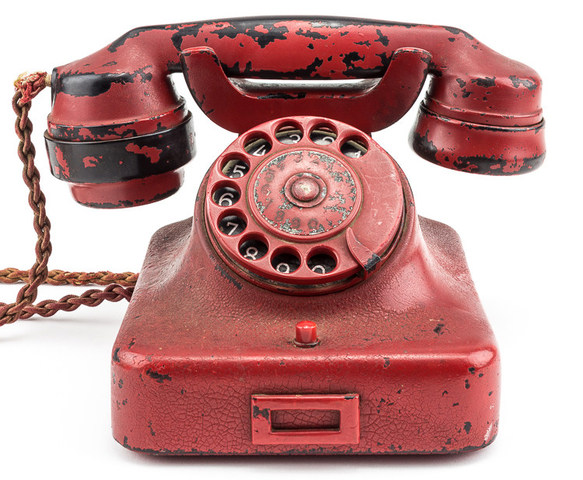 Auctioneer Bill Panagopulos described the telephone as ‘the most destructive weapon of all time.’ Alexander Historical Auctions image.

CHESAPEAKE CITY, Md. – Adolf Hitler’s personal telephone, used by Nazi Germany’s dictator to bark orders to his generals and staff, will be offered for sale on Feb. 19, day two of Alexander Historical Auctions’ militaria sale. Absentee and Internet live bidding will be available both days through LiveAuctioneers.

The red telephone, with traces of its original black showing through, is engraved with a swastika and Hitler’s name. Ralph Rayner, a British officer assigned to re-establishing communications in occupied Berlin, was given the phone from the dead fuhrer’s bunker and kept it as a souvenir.

Rayner was also given a porcelain Alsatian dog figure that had been gifted to Hitler by SS chief Heinrich Himmler. The figure was made by slave laborers at Dachau concentration camp. It also is being offered in the sale. Both items have remained in Rayner’s family until now. 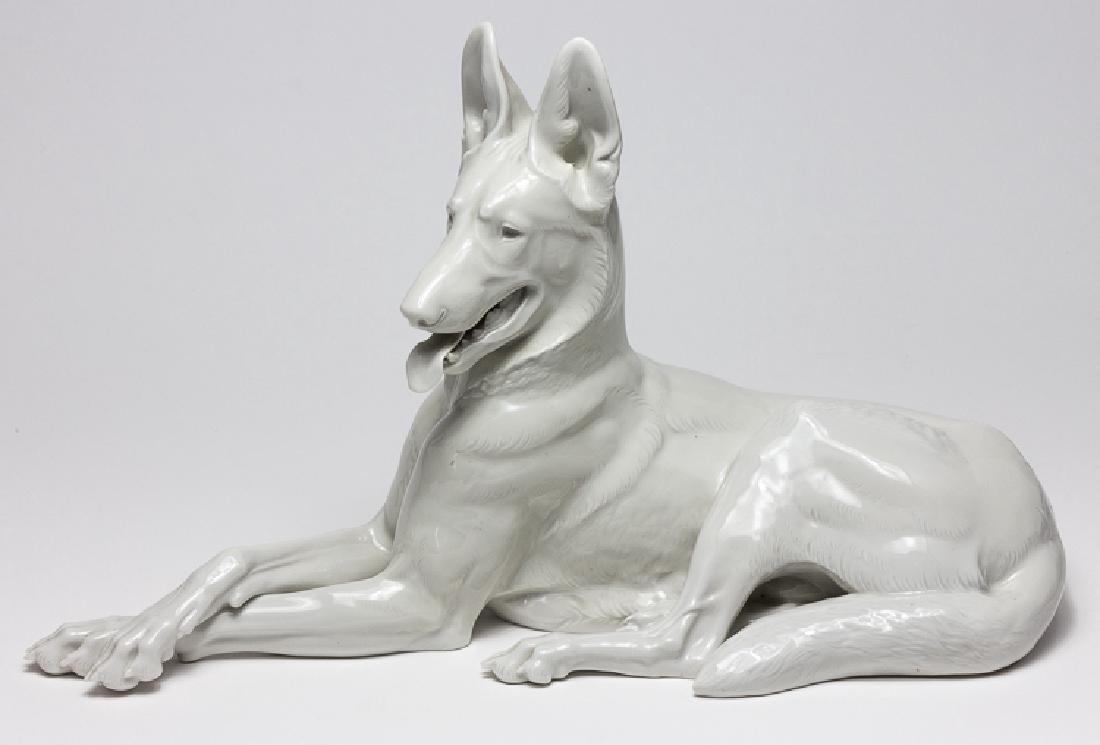 Items taken by an American tank commander from Hitler’s bombed-out summer compound at Berchtesgaden are included in the auction. Of great interest is Hitler’s personal copy of his political manifesto “Mein Kampf,” his plan for the domination of Germany and the destruction of the Jews.

The soldier also found a key to Hitler’s quarters, and a silver table platter, both of which will also be offered in the sale.

An evocative item is a blast-damaged clock found in the ruins of Hiroshima. The casing of the clock is warped and twisted, and gears from within are heat-fused to the base of the clock. The glass face is melted, and the hands of the clock are frozen at the time of the bomb’s detonation.

Other notable items to be offered include:

Alexander Historical Auctions may be reached at 203-276-1570, email: sales@alexautographs.com.

View the fully illustratred catalog and bid on LiveAuctioneers.