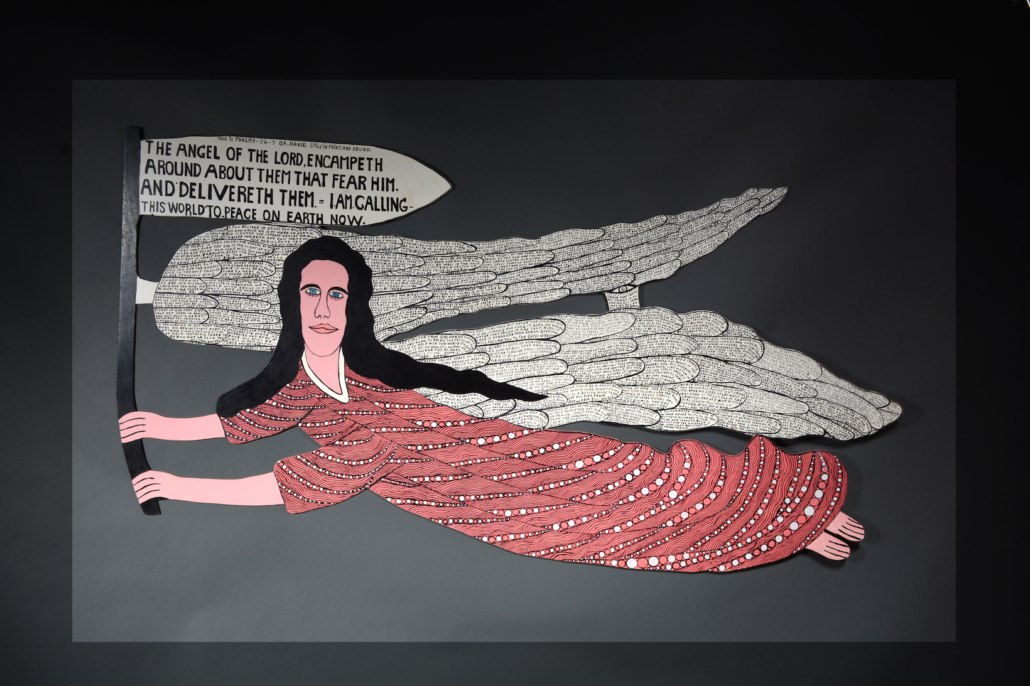 ‘Angel of the Lord,’ a 1989 wooden cutout by Howard Finster

BUFORD, Ga.– Slotin Folk Art Auction will hold its Spring Self-Taught Art Masterpiece Sale on April 24. Co-owner Steve Slotin has scoured the country, but especially the Southeast, for the classic pieces to comprise the sale of more than 400 lots. “The spring sale is going to be an almost encyclopedia of folk art, and I think everyone will enjoy it,” Slotin said. “It’s the only place in the county where you can find the breadth of self-taught, outsider, folk art in one location.” Absentee and Internet live bidding will be available through LiveAuctioneers.

Many consignments come from the private collection of the late Gary Davenport and the late Robert Bishop. Bishop helped elevate self-taught art as an early director of New York’s Museum of American Folk Art and as the author of numerous books on folk art and crafts. Slotin’s haul from South Florida, where Davenport resided, includes works by Southern artists who had a strong presence in the budding of American folk art from the mid-20th century onward, including Sister Gertrude Morgan, Clementine Hunter, B.F. Perkins, Mose Tolliver, Chief Willey, and Thornton Dial. Artists represented from other parts of the country include Lee Godie, Malcah Zeldis, Jack Savitsky, Jon Serl, Justin McCarthy and Gustave Klumpp.

“These two collectors were buying early, before anyone really discovered this field,” Slotin said. “The diversity of the artists that we’ll have is only equal to the quality of each of these major, major pieces. People will have the opportunity to see and buy from this collection that has been put away for 40 or 50 years, including many works that were also featured in Robert’s books.” 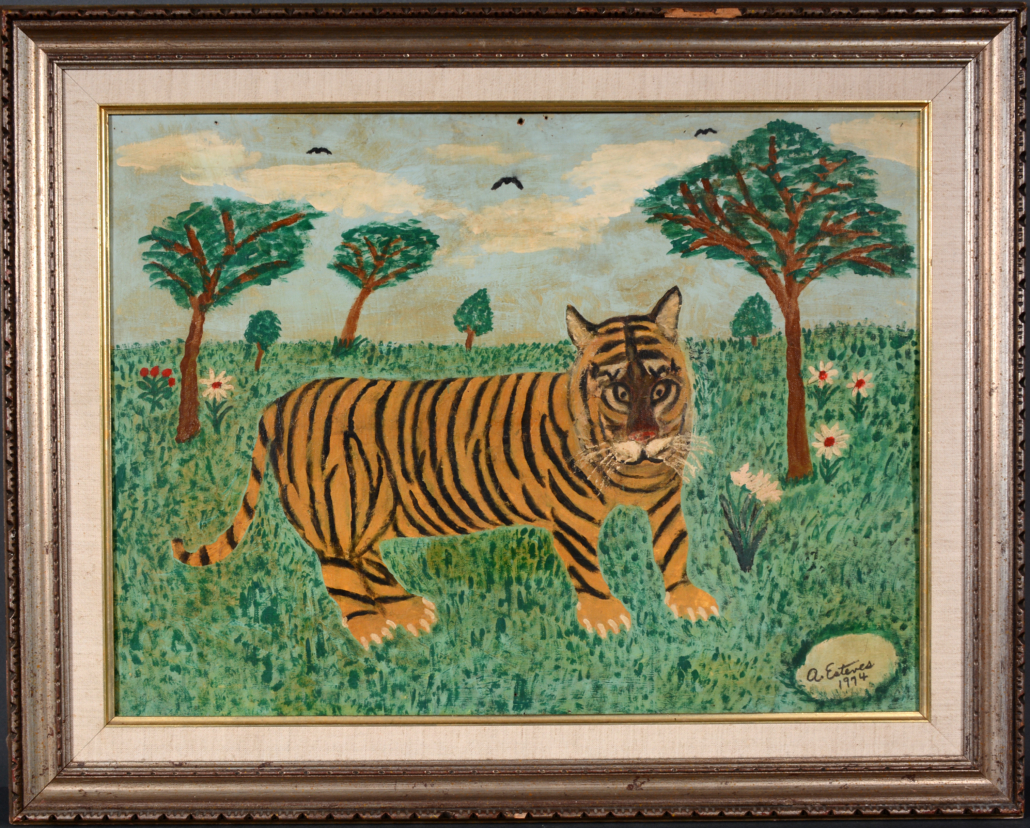 The piece that Slotin expects to top bidding is an 86in wide by 42in high Howard Finster painted wooden angel cutout, Angel of the Lord, from the collection of a Northwest Georgia couple who were close friends with the famed folk artist.

Slotin calls the angel, created in 1989 and bearing the number 10,971, “one of the most sought-after pieces of Howard’s work” because only four Finster flying angels on that epic scale are known to exist. Three of the four are vibrantly hued, including this red one with white wings, on which Finster scrawled countless Bible-inspired messages.

Slotin’s optimism about its prospects stems from another supersized Finster having performed strongly in last November’s auction. The 1977 painting Chelsea Baptist Church, believed to be the largest of Finster’s early masterworks, brought $51,250 and the second-highest result for the artist at auction.

Slotin said the biggest takeaway he and his business partner and wife Amy Slotin had from last November’s sale was, “The market remains strong and is only getting stronger for self-taught art. The buyers are looking for the best examples they can find, and they’re willing to pay whatever it takes.

“The field has jumped from being a pure underground art movement to now mainstream, where the collectors are the same people you see at big New York auction houses buying contemporary or mid-century artists,” Slotin added. “Now they’re getting into self-taught artists. They know that this is the next big thing.” 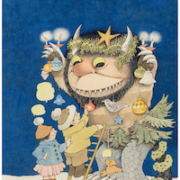 Sendak, Rothko, Finster and other greats appear at Heritage, Nov. 4 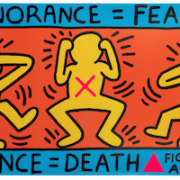 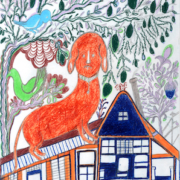 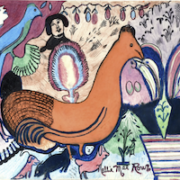 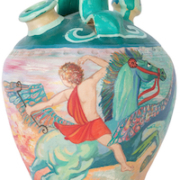 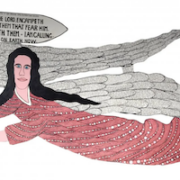