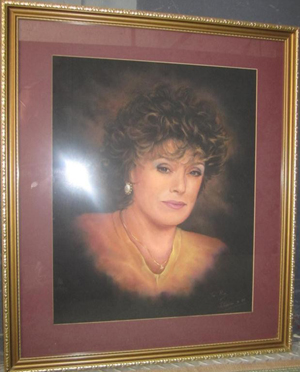 Portrait of Rue McClanahan by John Curran, pastel on paper, inscribed ‘To Rue’ signed John Curran lower right, matted and framed, 31 x 26 1/2 inches, together with documents and a photograph of McClanahan with artist. Estimate: $1,000-$1,500. Image courtesy of Hutter Auction Galleries.

NEW YORK – Choice items from the estate of Emmy Award-winning actress Rue McClanahan will star in Hutter Auction Galleries’ Fine and Decorative Arts Estates Auction on Saturday, Dec. 17. Offered will be scripts and costumes from the hit TV series Golden Girls, in which McClanahan played Blanche Devereaux, an oversexed Southern belle living with her three senior lady friends in Miami.

The auction will be conducted at Hutter’s gallery in the Cirkers Art Storage warehouse at 444 W. 55th St. (between Ninth and 10th avenues) in Manhattan and will begin at 11 a.m. Eastern. LiveAuctioneers.com will provide Internet live bidding.

Furnishings from McClanahan’s apartment on East 56th Street will also be sold along with items from a 110 Central Park South Apartment, including jewelry and other collectibles.

“As we suspected there is a lot of interest in her costumes from Golden Girls. As they say, she was a floozy,” said Adam Hutter of Hutter Auction Galleries.

Several of the costumes were designed by Judy Davis, who won a prime-time Emmy Award in 1989 for costume design for Beauty and the Beast.

One of the Golden Girls costumes is a cream and black silk dressing robe and gown that Blanche wore in several episodes. This flowing outfit has a $500-$700 estimate and comes with a still photo and DVD of McClanahan wearing the costume on the set.

One of the scripts for sale is titled The Burglary, episode 003 and dated July 22, 1985. The cover is inscribed, “To Rue,” and signed by McClanahan’s costars Bea Arthur, Betty White and Estell Getty. It has a $400-$600 estimate.

The auction even has McClanahan’s 1990s driver’s license—on which she fibbed about her year of birth by a few years.

The sale also includes handwritten journals by McClanahan and costume jewelry she wore. 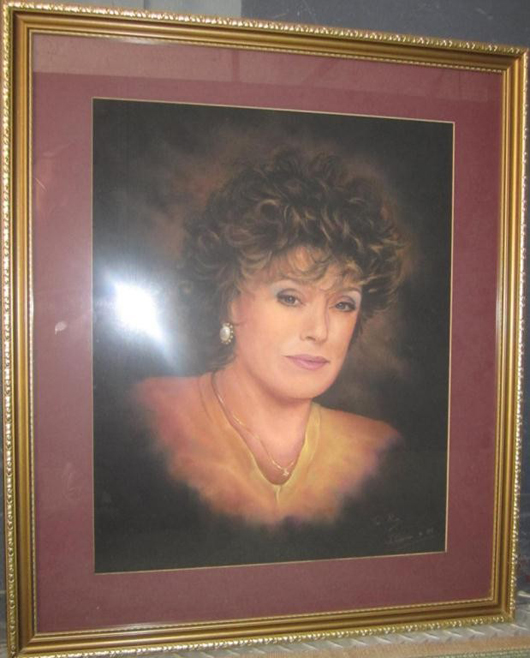 Portrait of Rue McClanahan by John Curran, pastel on paper, inscribed ‘To Rue’ signed John Curran lower right, matted and framed, 31 x 26 1/2 inches, together with documents and a photograph of McClanahan with artist. Estimate: $1,000-$1,500. Image courtesy of Hutter Auction Galleries. 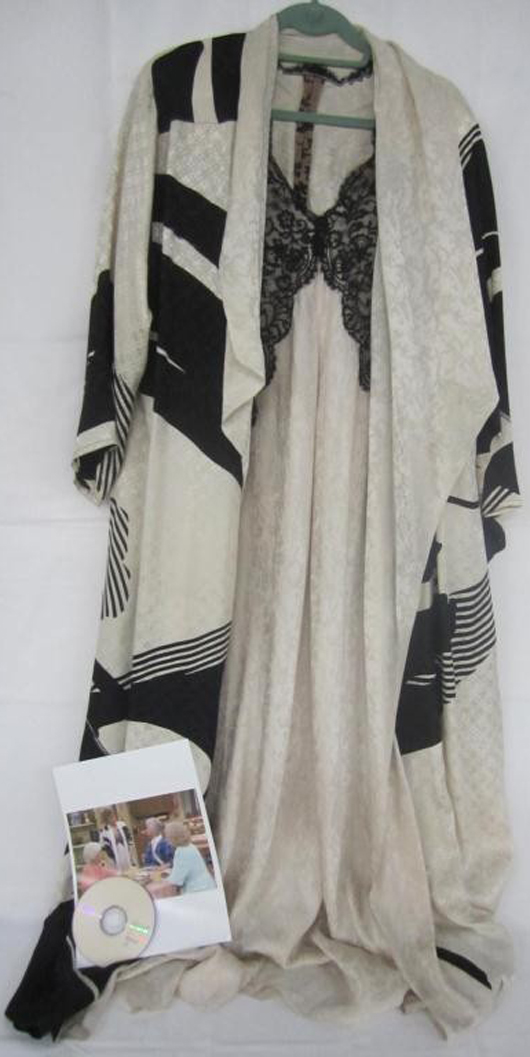 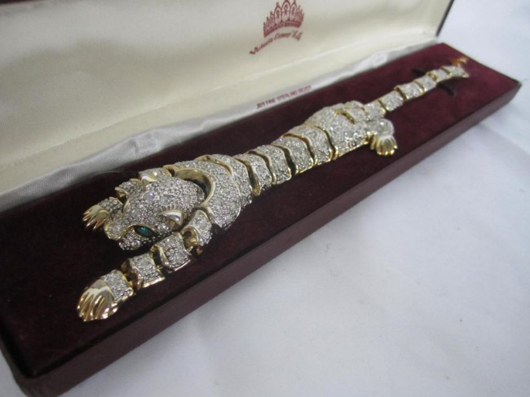 Jaguar form costume jewelry bracelet, gilt metal and rhinestones with one green eye, with certificate of authenticity from the estate of Rue McClanahan. Estimate: $300-$500. Image courtesy of Hutter Auction Galleries. 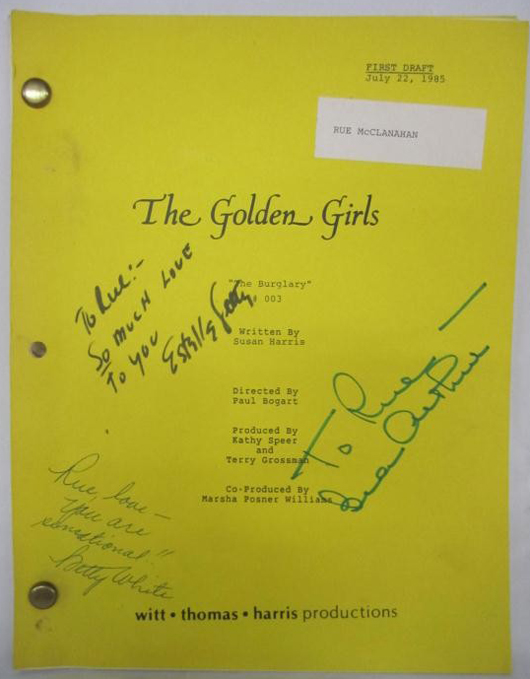 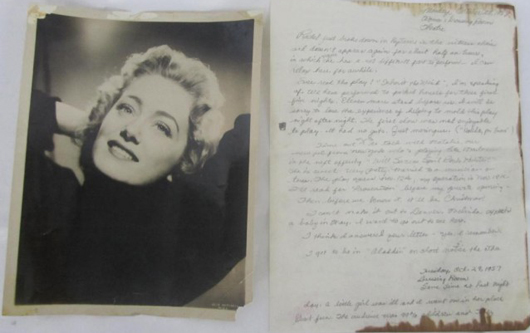