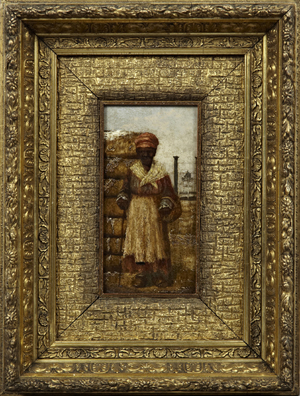 They are part of a massive two-day estates auction being held by Crescent City Auction Gallery, in the firm’s gallery located at 1330 St. Charles Ave. in New Orleans, beginning promptly at 9 a.m. (Central time) both days. Internet live bidding will be provided by LiveAuctioneers.com.

“We are really excited about the June auction,” said Adam Lambert of Crescent City Auction Gallery. “There are very strong examples across all major categories, including art, French, English and American furniture, Southern pottery, Asian arts, silver and bric-a-brac.”

The Newcomb College pottery pieces include a glazed art pottery circular trivet, made in 1909 with an unknown maker’s mark, and a matte glaze baluster vase made in 1924 by Henrietta Bailey, 8 1/4 inches tall. The pair of early 20th century carved wood blackamoor torcheres stand on faux marble stepped octagonal bases and are each 80 inches in height (est. $4,000-$6,000).

Two notable but very different paintings carry identical estimates of $1,500-$2,500. One is a signed oil on board by Colette Heldner (Louisiana, 1902-1990), titled Swamp Idyll, Louisiana Bayou Country (15 1/2 inches by 19 1/2 inches). The other is an early 19th century Continental School oil on canvas titled Allegorical Scene of Spring, depicting putti in a garden offering fruit to Venus.

Two clock lots also have the same presale estimate of $900-$1,500. The first is an English inlaid mahogany tall case clock, made circa 1850 with time and strike by Th. Robson, Shildon, 90 inches tall. The second is a marble and gilt bronze mantel clock, circa 1870, with an urn surmount atop a highly figured ochre marble case. It is 19 1/4 inches tall by 9 1/4 inches wide.

One clock expected to attract keen bidder interest is a French gilt spelter and marble figural mantel clock, made in the 19th century by Japy Freres and featuring a blown glass dome on an ebonized base (est. $1,200-$1,800). Also sold will be 25 Mardi Gras bulletins, to include a 1907 parade bulletin (Comus), titled Tennyson, shrink-wrapped and lithographed by Walle & Co.

A pair of 19th century porcelain baluster vases, with gilt grape and leaf decoration and central reserves of classical figures each on a deep blue background, each vase 16 3/4 inches tall, is expected to breeze to $1,200-$1,800. Fine estate jewelry pieces will feature dazzling diamonds, tanzanites, rubies, emeralds, pearls, Rolex watches and more, in a wide range of price points.

Crescent City Auction Gallery, LLC is always accepting quality consignments for future sales. To consign a single item, an estate or a collection, call them at 504-529-5057 or e-mail them at info@crescentcityauctiongallery.com. 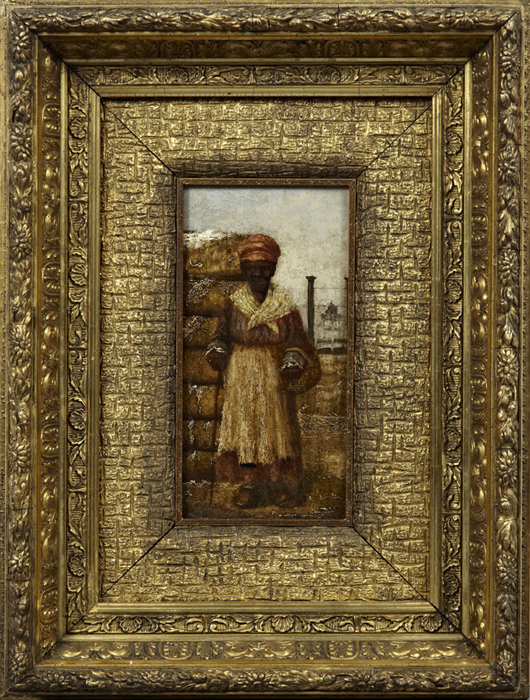 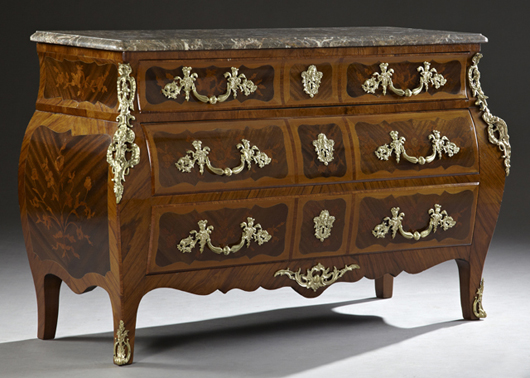 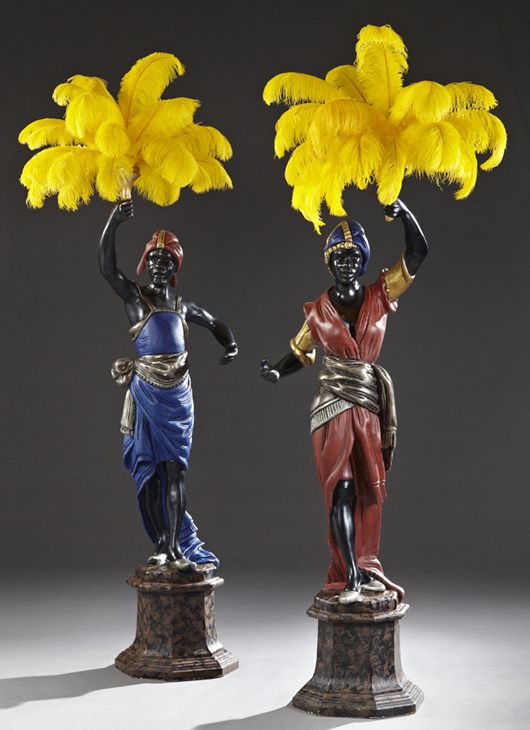 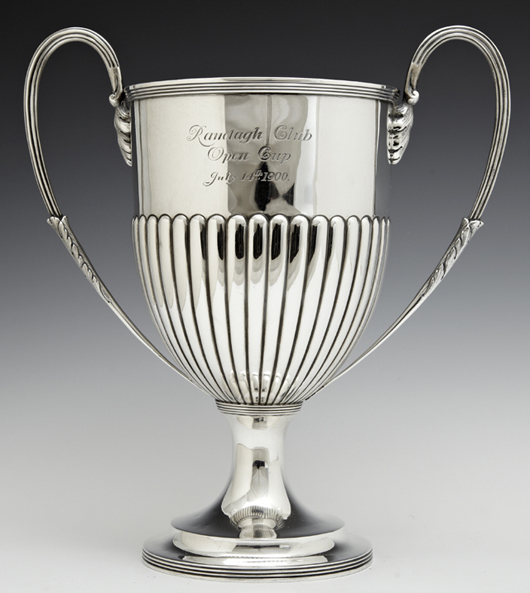 Three pieces of wonderful English sterling silver, such as this loving cup by Daniel and John Welby (London, 1899) will come under the gavel. Crescent City Auction Gallery image. 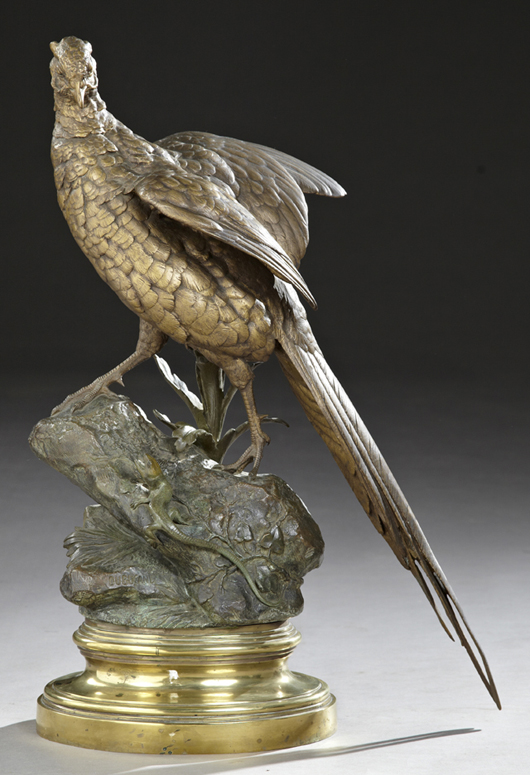