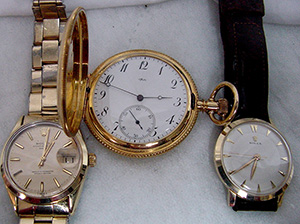 NEW MARKET, Tenn. – An old Tennessee estate that includes collections of important antique Indian baskets and Southern folk art serves as the centerpiece of John W. Coker’s Jan. 4, 2014 New Year’s Auction. All forms of bidding will be available, including live via the Internet through LiveAuctioneers.

“As we delved into the contents of this estate, it very quickly became evident to us that the owner had the heart of a collector and the eye of a knowledgeable buyer. This is by no means an average estate,” said auction company owner and principal auctioneer John W. Coker.

More than 125 Cherokee Indian baskets display a pleasing variety of forms and intricate patterns, some incorporating color. They are joined by a selection of beautiful Western Indian baskets whose motifs feature human and deer figures. Still others are woven in sophisticated abstract patterns. A particular highlight is a tightly woven 1880-1900 olla.

“It is highly unusual to encounter a collection of Indian baskets whose contents are of such consistently high artistic quality and condition throughout,” Coker observed. “This grouping comes from a well-known private collector of Indian baskets whom it would be safe to say is ‘legendary’ in these parts. Their collection includes some marvelous forms and designs. I think collectors are going to be very excited about the opportunities here.”

An abundance of Southern folk art pottery and stoneware includes designs by M.P. Harmon of Mohawk, Tennessee; and William Long of Crawford County, Georgia; as well as rare Tennessee pots by W.W. McFarland and Hull Mohawk. Also to be auctioned is a large collection of impressively sized, highly expressive Southern “ugly” face jugs. Each is a well-detailed, distinctive work of art; some with craggy, applied teeth visible from their smiling mouths.

An outstanding textile, an 1824 Pennsylvania Dutch bordered cross-stitch sampler by Susanna Thomas, is richly hand-decorated with doves, flowers, trees, butterflies, bowls of fruit, and many additional embellishments. Its motto reads: “This work in hand my friends may have / When I am dead and in my grave / And when my work each time you see / With fond remembrance think on me.” At the bottom it is hand-stitched “Susanna Thomas’s Work made in the 17th year of her age 1824.”

More than 60 pieces are included in a collection of early glass candy containers. Rare forms, some with paint or metal components, include a handled handbag, red-suited Santa standing next to a chimney, rocking horse, Chinese man, Charlie Chaplin, and a large rabbit upright on its haunches. A well-detailed windmill retains its original red, white and blue metal “pinwheel” topper with windmill blades and accessory piece marked “Teddy.”

Two fine men’s gold Rolex watches will be offered, one of them an Oyster Perpetual Date model. Joining them is an especially fine 18K gold Tiffany pocket watch.

The top ephemera lot is an 1865 document hand-signed by President Andrew Johnson in which he pardons a man named Jerry Cowles of Macon, Georgia. It is presented in a beveled dark-wood frame that may be the original.

A framed newspaper color panel cartoon from the Saturday, August 6, 1904 Evening Chronicle (city not known) is titled “How the Coonville Ball Team Won Out.” Its theme would interest collectors of either early baseball-related material or black Americana.

An abstract artwork of note is an original 1934 nautical watercolor by Expressionist artist Lyonel Feininger (German/American, 1871-1956). Depicting a ship at sea with all masts facing the wind, the work is signed by Feininger at lower left. Feininger was a versatile artist with a background as an illustrator and cartoonist.

“Many who were not previously aware of his work realized his importance as an artist when the Whitney Museum of American Art hosted a major Feininger retrospective in 2011,” said Coker.

Three large dovetailed blanket chests hold what appears to be an untapped trove of antique and vintage toys and cruise ship mementos, Coker said. “These chests belonged to a family that traveled extensively and always brought back toys from Europe. We haven’t even begun to delve into the contents, but it all looks very intriguing,” he said. The blanket chests will be auctioned separately from the goods they hold.

A final collection of note consists of late 19th and early 20th century decorative and utilitarian objects from the rustic Glentonian Bar in Lock Haven, Pa. Located in north-central Pennsylvania’s canal country, the Glentonian served a clientele that included loggers, boatmen and others who traveled the West Branch Canal of the Susquehanna River. Held in the same family for over a century, the collection runs the gamut from pickle crocks to barware and signs.

John W. Coker’s January 4 auction will be held at the Coker gallery located at 1511 W. Route 11-E in New Market, Tennessee, outside Knoxville. The opening session will commence at 10 a.m. Eastern Time. A 45-minute to 1-hour intermission will precede a 3 p.m. session devoted exclusively to the Indian basket collection.

For information on any item in the sale or to arrange a phone line, call 865-475-5163 or email john@antiquesonline.com. 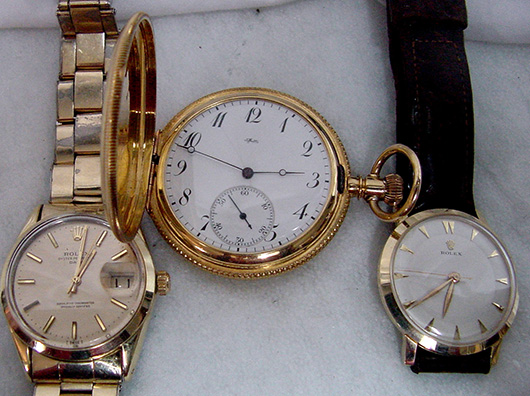 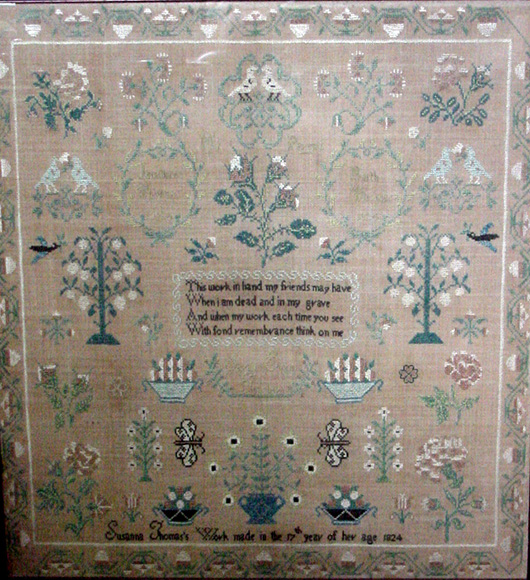 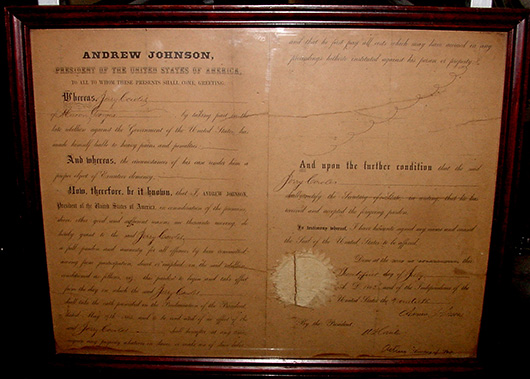 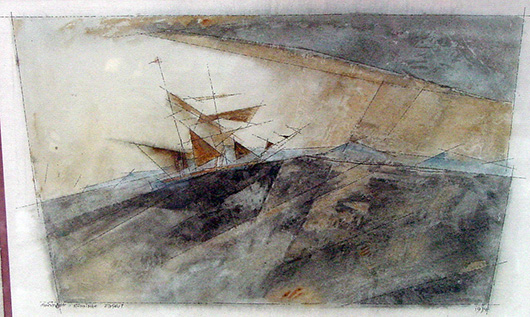 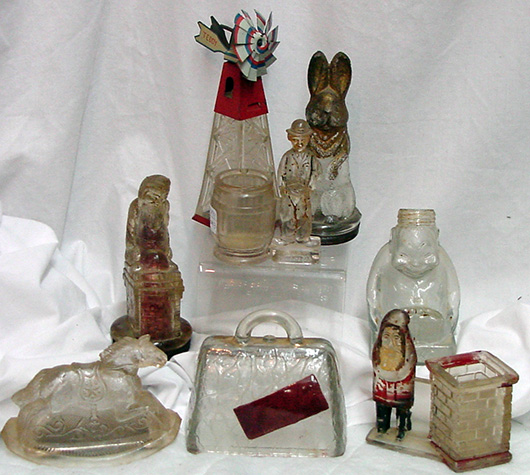 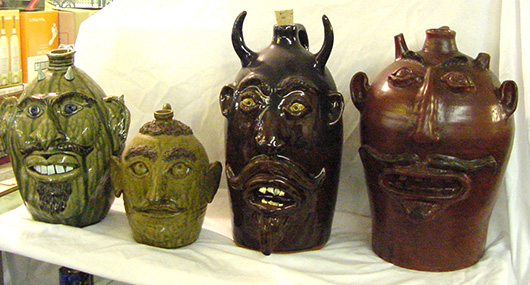 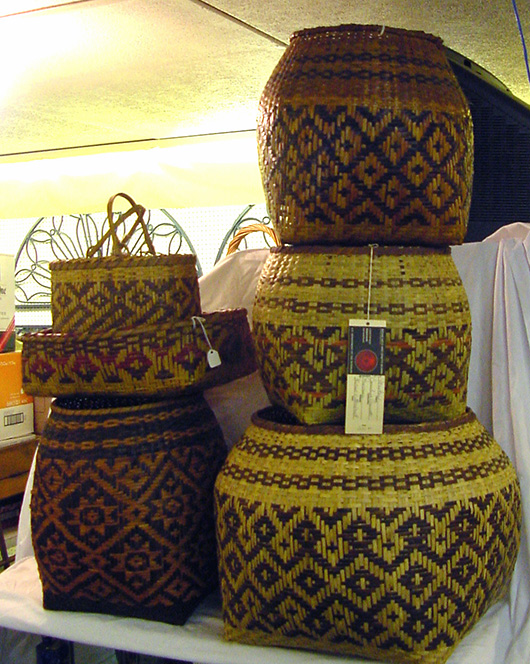 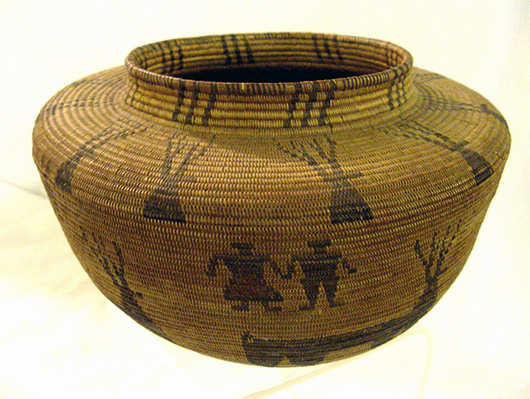 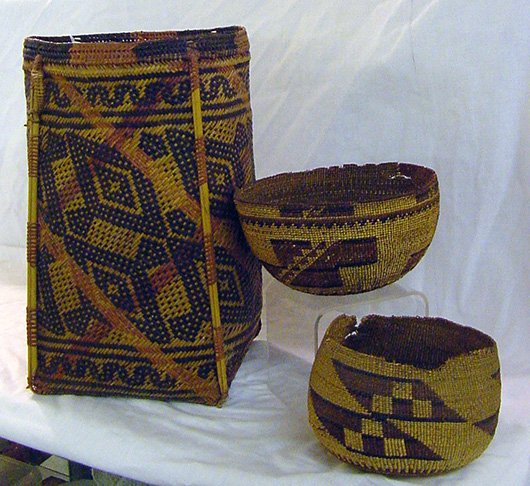 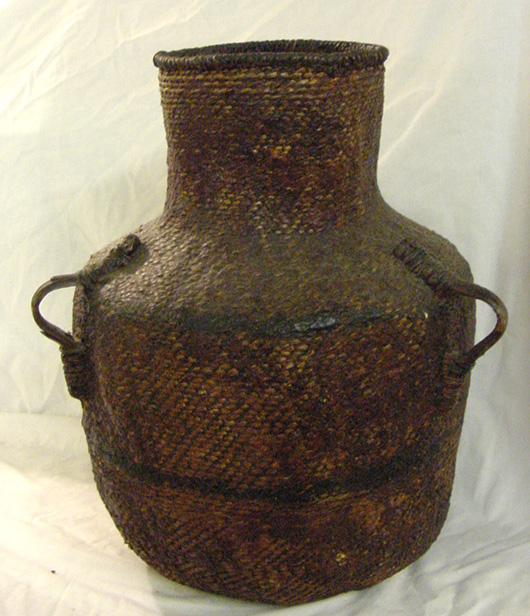 Lavish array of silver, jewelry & art in Stephenson’s Jan. 1-2 a...
Scroll to top